Teamfight Tactics has been out for just over a month, and already Riot games’ entry into the auto-battler genre has become one of the top 10 most popular games on Twitch, with a wide-ranging player base and a vibrant community of creators on its hands.

But as a new entrant into the fledgling auto-battler canon and with League of Legends-sized shoes to fill, the TFT development squad is faced with a host of major challenges—from shipping new patches at a blistering weekly rate to carving a distinct identity in an environment full of hungry competitors.

We spoke over the phone with Riot Games Principal Game Designer Stephen Mortimer and Senior Champion Designer August Browning about the rapid evolution of Teamfight Tactics and its design direction heading into the future.

Kotaku: Is the current pace of evolution something you expect to sustain into the future, or is it just for the time being as you try to get your footing?

Stephen Mortimer: The two-week [League of Legends] patch cycle was one of our competitive advantages that kept the game fresh, kept players interested over a long period of time, and so we want to do something similar to that for TFT.

So that being said, with the game at launch, and how quickly we’ve been moving, we felt like we had to do weekly patches to get everything to stabilise, but now that we’re starting to see a more stable meta and players actually evolving to the meta as it goes, we’re going to try to start slowing down … to more of a two-week schedule.

Kotaku: What is your philosophy when it comes to metagame knowledge as part of player skill? Are metagame and design intertwined for you?

August Browning: We think a meaningful thing to test in terms of skill for players in a game like TFT and auto battlers is their ability to learn about the game…When we change Demons, a player’s gonna have to ask themselves: “OK, Demons have changed, what does that mean?” Really sharp players figured that out fast and used it as a meaningful advantage in their game. 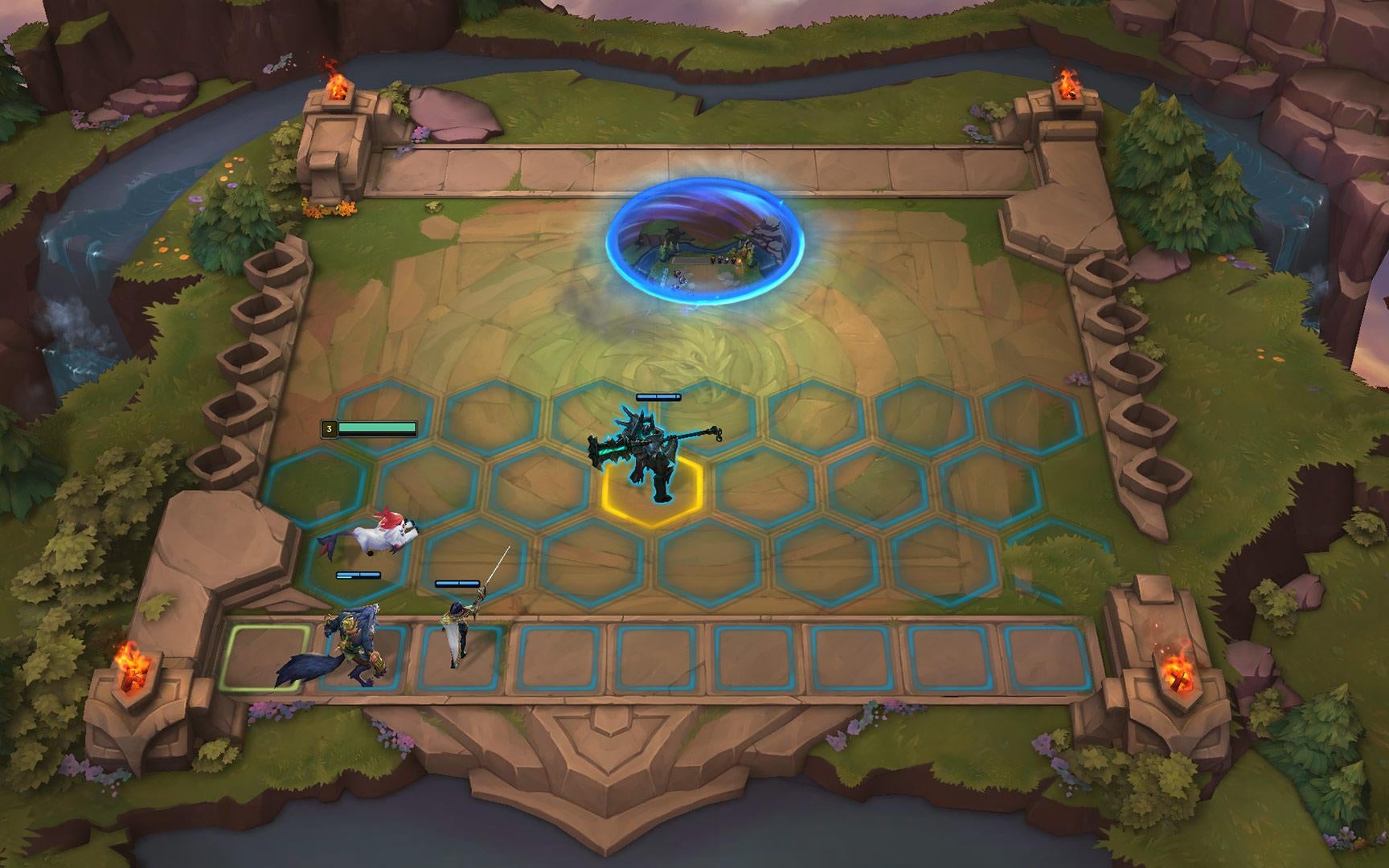 There is a cost to this approach, though, which is, somebody who stays less engaged…may actually suffer. Because the game changes so fast that it’s harder to keep up. The comps you got used to and enjoy playing might suddenly become weak, and you just might not be able to keep up with it…It’s a fine line to walk.

…We don’t think that TFT is necessarily a game where we balance it and have you play this same set of characters forever. We actually think in each new season we have different sets of characters—completely new rosters, seasonal shakeups that really make you think about the game differently.

Kotaku: Often, people believe they’ve figured out a meta in days, even hours after a new patch. Do you think a metagame actually calcifies that fast?

Mort: One of the reasons we’re going to be slowing down in patches is: Even if players think they’ve solved the meta, we see our highest-end players actually develop counter-strategies so that all of a sudden the meta shifts. For example, when Demons were meta, right as the patch was about to change, we started to see Rangers come up as a counter to Demons because Rangers didn’t need the Mana that Demons were countering … If any particular strategy is just absolutely dominant, then that’s something we need to change. But so far we are seeing that there’s pretty much a counter-strategy to almost everything out there, and so we expect to see a bit of a circular pattern with how the meta evolves.

Kotaku: What sorts of lessons have you learned since launching TFT? Any big takeaways or surprises?

August: One of the things I feel like we’ve learned in terms of how the game works is figuring out some things that are fun about the game that we didn’t really initially expect. As an example, originally our item system…we didn’t expect this ability for players to stack certain items on certain characters and build their carry. Initially, we were kind of afraid of that. We were like “Wait, people are making carries by stacking items.”

But as we’ve seen it develop, we actually kind of like that you can make all these multiplicative effects of items and create strong characters that are different game to game. And so in the long term, that’s one thing we’ve realised: Our item system is something that’s much more powerful than we initially expected it to be, but it’s actually quite exciting for it to be that way because of how cool it makes your characters.

Mort: Another thing for me is that, coming from League of Legends, players have this expectation that champions are balanced, and so they expect parity across the board. But we specifically designed things around traits so that sometimes you’re paying the cost of a weaker unit to enable a trait.

For example, Mordekaiser is fairly weak because he enables Phantom. But player expectation is actually like, “Hey, you need to buff Mordekaiser because he is weak, and I have no way to succeed with him.” So we’ve been toying with exactly where that level is—how weak can Mordekaiser be while still being useful and adding that trait?

August: When we shipped, we kind of expected certain characters to be weak. There’s a lot of memes about Fiora, where it’s like, “What is Fiora’s purpose?” Well, it’s to enable Noble, and that’s it. She’s garbage otherwise. And initially, we were like, “That’s an OK thing! Characters can just be garbage because they’re good with traits.” But as we’ve seen the game evolve, we’re kind of learning that actually, a more interesting way to look at that is: Characters can be generally really weak, but have situations where a player can make them really strong or really exciting.

So as an example, we ended up buffing Fiora’s attack speed, and she became really powerful with items like Spear of Shojin. Is she the best character in the game? No, not even close. But now, Fiora is a weak character who also has a power fantasy that can play out in some games.

Kotaku: TFT exists in a space where there’s a lot of competition. What, to you, is the distinct character of TFT, and how are you gonna try to build that out into the future?

August: From my perspective, two of the things that separate us out—well, one of them seems to be closing—is that initially when we launched, we were the most social auto battler. You play against other players, and you’re on their board, and you can taunt them with your Little Legend, and stuff like that.

And so we think there’s actually a lot of ways that if we dig into social systems in the game, it makes you feel like you’re fighting other humans, and you can laugh and cry with them as you win or lose. I think other games are starting to adapt that.

A final thing that we’re planning, and maybe other games will do this as well…is that we’re going to be doing new sets of characters every so often. So next season is going to be a big shakeup, because you’re going to be playing with a new set of champions, and that is gonna be very very different from just balance changes.

Mort: Our content distribution’s a pretty big deal as well. There’s always gonna be something new to come back to in small drips…there will always be a good time to come back to the game if you need to take a break or anything like that. And again, this goes back to League’s success. We saw this be successful with League, we’re to see if it’s successful with TFT as well.