In 2015, Atlanta-based Scuf Gaming licensed its patented controller technology to Microsoft, resulting in the creation of the outstanding Xbox Elite Wireless Controller. Scuf’s new Prestige controller for the Xbox One and PC incorporates a lot of the same technology, as well as the option for customisation. It’s quickly become my second favourite Xbox One controller.

The $299.95 Scuf Prestige includes nearly all of the features that get me excited about the Xbox Elite controller. I can replace the concave analogue sticks with convex ones or a set with a longer shaft. It’s got paddle controls on its backside that can be remapped on the fly.

Switches on the back of the controller let me lower the distance the left and right trigger have to be pressed to activate for a speedy, hair-trigger effect. The controller has a lovely integrated rubber grip that doesn’t seem like it would peel off even with vigorous use. It’s even got a similar battery life to the Elite controller, boasting 30 hours on a single charge. 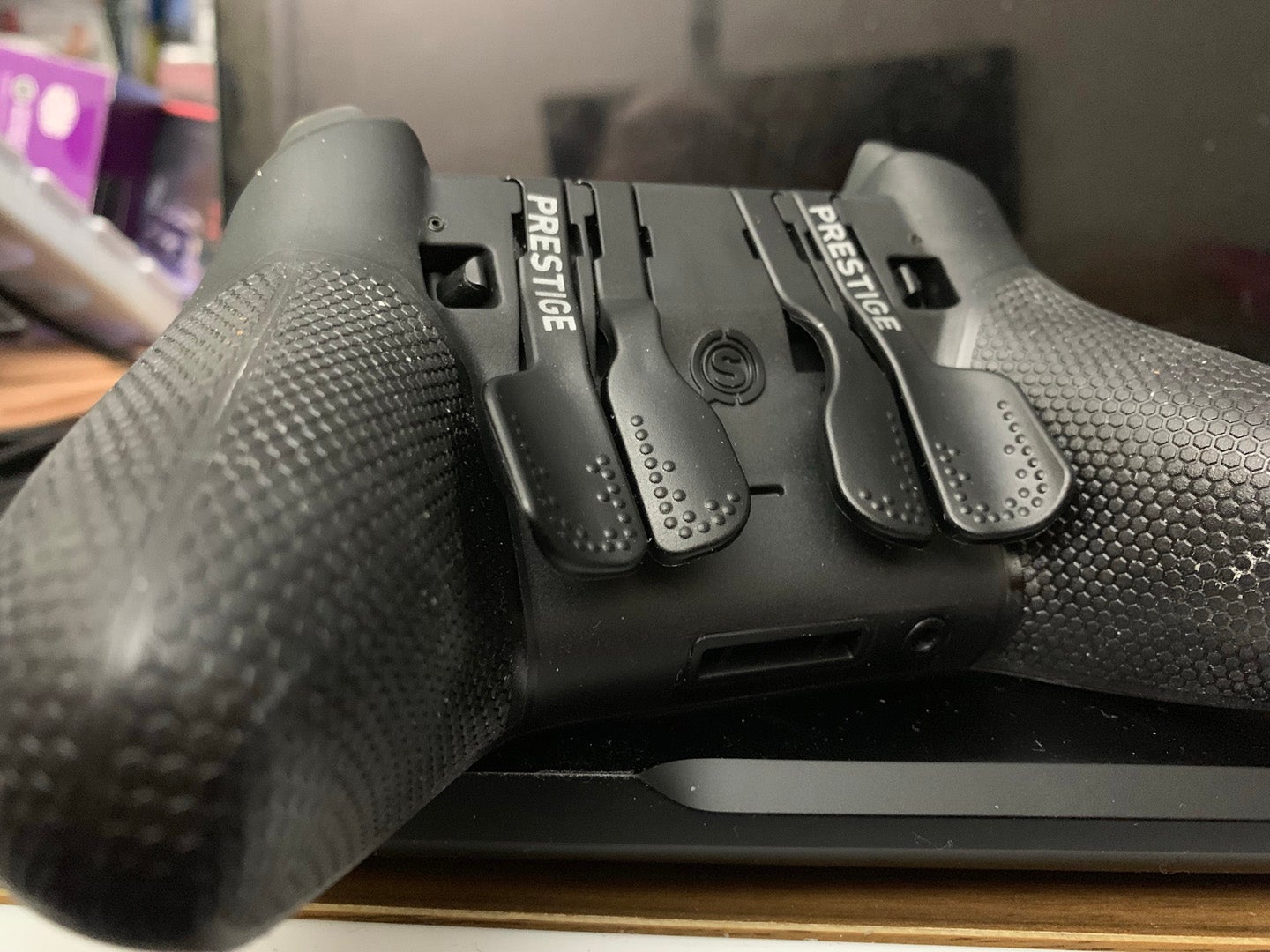 The Scuf Prestige also has several features not present in Microsoft’s official Elite controller. For one, the faceplate comes off. One moment it’s held firmly in place by the magic of magnetism, the next it’s doing its best John Travalota/Nicholas Cage impression. 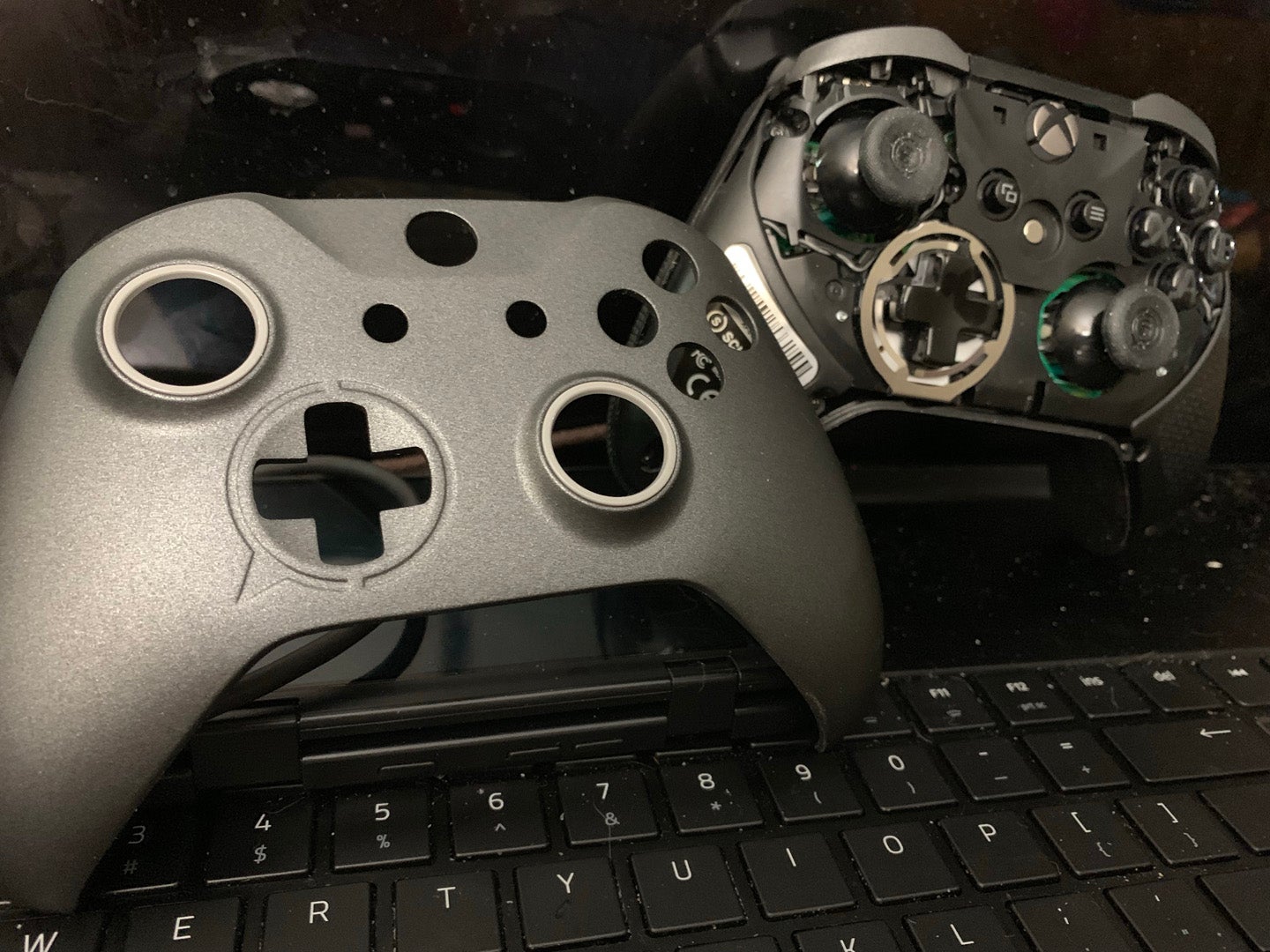 Taking the Prestige’s face off allows users to swap out faceplates. There are several different colours available on Scuf’s website. Ordering directly from the company’s online store gives the option to include an extra red, blue, white, light grey, green, or black faceplate for an additional $20. Were I a painting man, I’d grab a couple to customise. I am not, so I’ll probably just grab the red, because it looks pretty. 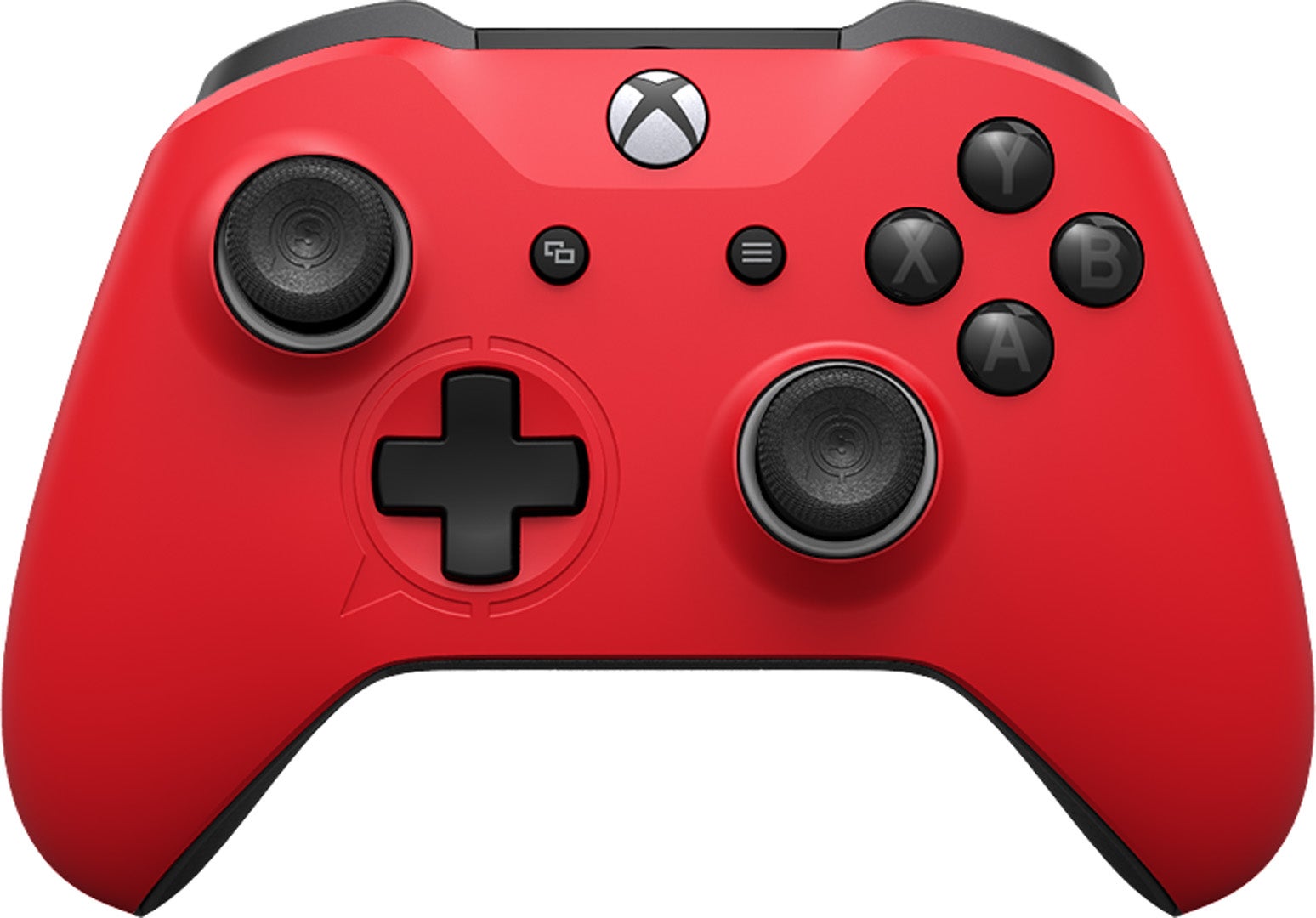 Taking off the faceplate is also how users swap out thumbsticks and those little plastic rings around them. In the photo below, I’ve swapped out the stock sticks with a pair of red ones that belong to a kit for Scuf’s premium PlayStation 4 controller, the Vantage. Nice to know the two are compatible. 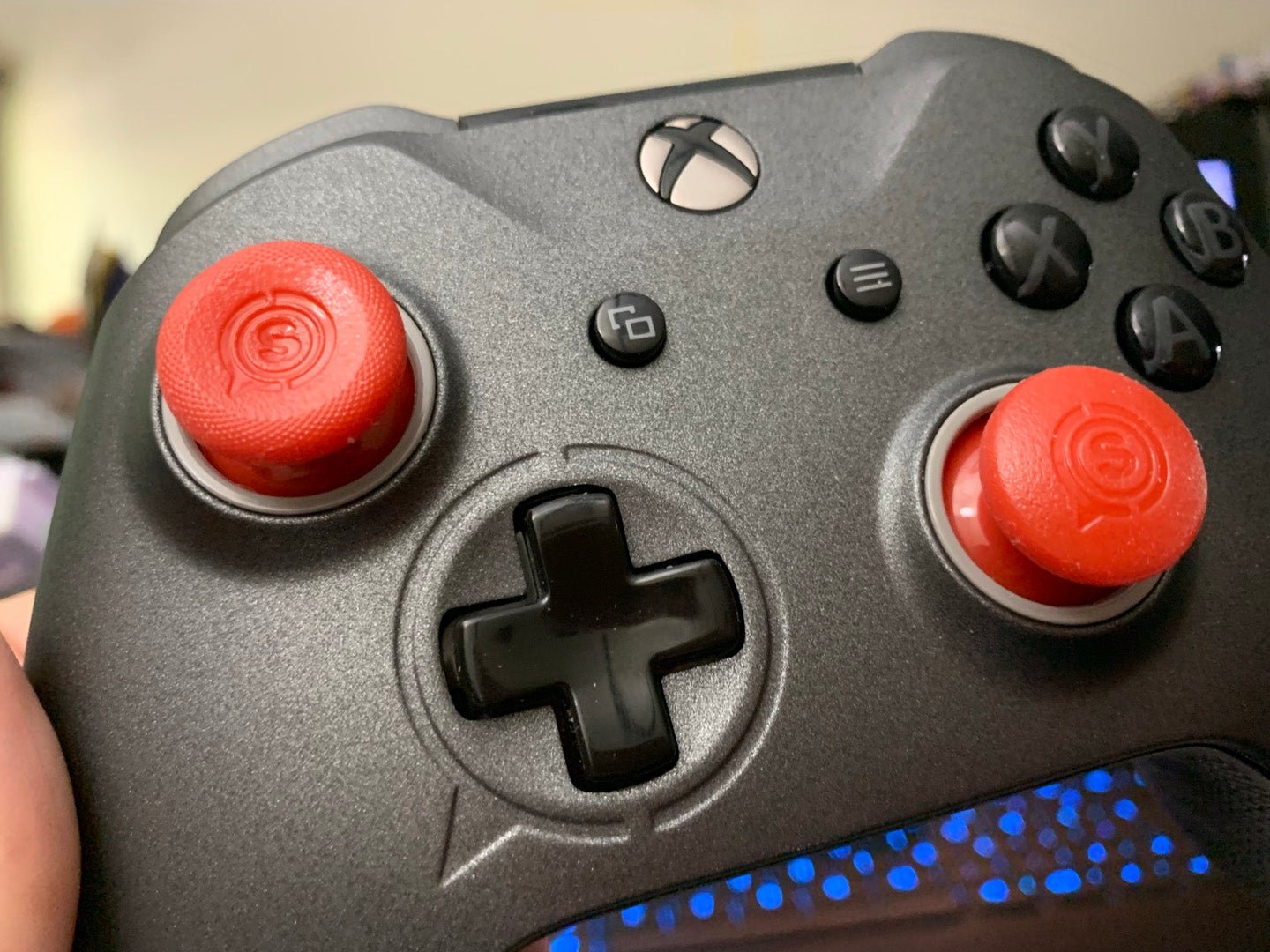 The only reason I don’t prefer the Scuf Prestige to my Microsoft Elite Wireless controller is a matter of personal preference. I like a heavy controller. The Elite weighs 348 grams. The Vantage weighs 267. The Vantage is still very solid. It’s just not as weighty as the Elite.

Who better to make a worthy contender to the king of Xbox One and PC controllers than the company that built the tech behind it in the first place? Scuf’s Prestige is a damn fine controller that, depending on one’s personal preference, could be even better than the Elite.

The Scuf Prestige Xbox controller is available locally through The Gamesmen from $299.95.