The Top Streamers On Twitch Now That Ninja’s Gone

Last week, Tyler “Ninja” Blevins, much like his namesake, crept out of the figurative building — flanked on all sides by fanfare, cascading grey-blue mountains of Red Bull, and ill-considered jokes. Soon, he made his presence known under a different roof: Mixer, Microsoft’s competitor to Twitch. Blevins has left behind a void. The question is, who will fill it?

The answer, in the short term, is nobody. Blevins, who had nearly 15 million followers on Twitch before moving to Mixer, rose to platform-defining levels of popularity in part because of a unique series of circumstances. He blew up in tandem with Fortnite, and a major appeal of his rising superstar moment last year was watching him reach heights nobody had ever seen a Twitch streamer attain.

He achieved record-breaking viewership, follower and subscriber numbers. He did streams with mainstream celebrities like Drake. He was a guest on The Ellen Degeneres Show. Eventually, the heat died down, but it was a singularly wild ride while it lasted. Now, with Twitch existing as more of a mainstream force, it’s not an ascent somebody else can easily replicate. If any other streamer comes to rival Blevins’ nearly 15-million-strong pre-departure follower count, it’ll be because lightning struck in a different, probably equally unforeseeable way.

Until then, there’s nobody on Twitch who can match Blevins’ gargantuan follower count. Though the two streamers sailing in his slipstream, Michael “Shroud” Grzesiek and Turner “Tfue” Tenney, are extremely popular in their own rights, they only have 6,796,026 and 6,765,512 followers respectively. That puts them just short of half of Blevins’ final Twitch tally.

Tenney, a beloved Fortnite streamer who recently made waves by suing the organisation that represented him, FaZe Clan, is on the rise, with many predicting he’ll surpass Grzesiek before too much longer.

Even before Blevins left, Tenney was already outstripping him in some areas, especially total hours watched, where Tenney beat both Blevins and Grzesiek multiple months in a row earlier this year. In May, for example, people collectively watched Tenney stream for over 10 million hours, while Blevins fell just under the 10 million bar, and Grzesiek hovered at around 5 million. 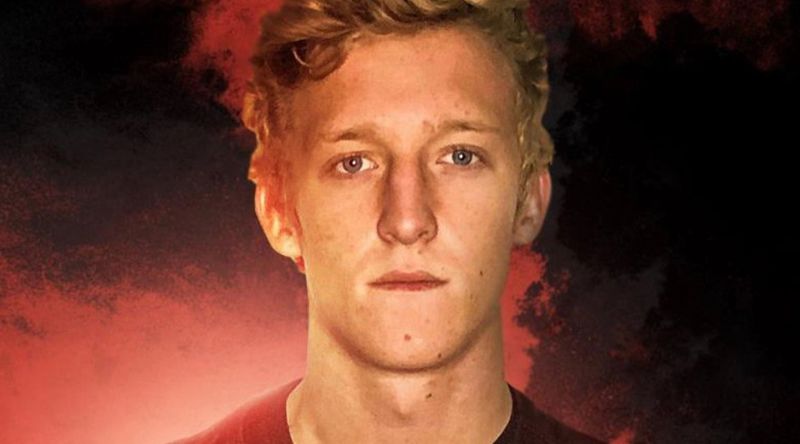 Grzesiek, a former Counter-Strike pro, hasn’t demonstrated much interest in the biggest-streamer-on-Twitch rat race, instead opting to play whatever high-skill multiplayer game he’s interested in — even if it’s not the zeitgeistiest game of the time. A few months ago, with his popularity soaring thanks to the launch of Apex Legends, Grzesiek said he had no plans to go on a Blevins-style mainstream conquest and that his only ambition in his streaming career is to “game until I’m dead.” Lately, he’s been playing Overwatch, PUBG, Battlefield V and even some indie games when the mood strikes him. These are, by and large, popular games, but they’re not Fortnite or other games that regularly make it into Twitch’s top five.

Behind Grzesiek and Tenney is Ali “Myth” Kabbani, whose follower count briefly surpassed Grzesiek’s last year, but who now has 5,284,271 followers — about a million less than Grzesiek. At just 20 years old, Kabbani, a Fortnite pro, is younger than most other top streamers, though paradoxically not younger than a fair number of Fortnite professionals. He initially gained popularity in 2017 by bulldozing other top streamers using creative building techniques, and he signed to esports organisation TSM shortly after. He’s had trouble leaving his mark on Fortnite’s cash-flush competitive scene, but he continues to be an engaging, generally positive personality even as he struggles to attain his goals. Also, he likes to dance.

In the wake of Blevins’ exit, the distinction of fourth most-followed streamer now goes to Brett “Dakotaz” Hoffman, who recently sounded the fanfare trumpets (by which I mean “We Are The Champions” by Queen) over his big announcement that he’s not going to Mixer. He then gifted $US4.99 ($7) subscriptions to a thousand of his viewers.

A Fortnite pro who was briefly signed to TSM, the same org as Kabbani, Hoffman currently has 3,985,377 followers. He’s somewhat of an edge case (at least, as far as uber-popular streamers who mostly play Fortnite go) in that he’s largely shunned traditional elements of the streaming spotlight, rarely showing his face and avoiding personal drama. He has, however, gotten into a few dust-ups with fans who’ve crossed lines this year, reporting one fan who joked about school shootings and calling others “entitled” after they criticised the state of his stream.

Largely, though, he plays Fortnite at a high level and lets his skills do the talking more, sometimes, than even his own mouth. 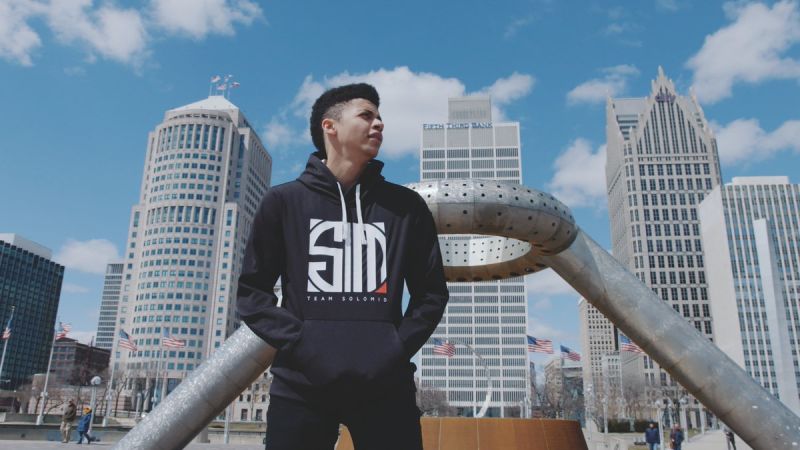 Narrowly behind the Hoffman is Timothy “TimtheTatman” Betar with 3,929,729 followers. Betar is a longtime streamer, having gotten his start in 2012 and streaming games ranging from Counter-Strike to World of Warcraft. Like many in Twitch’s current top streamer cluster, his popularity went through the roof when the Fortnite bandwagon sprouted rocket boosters and soared past the sun.

Betar is among the dadliest top streamers on Twitch, given that he is a) a dad and b) just kinda gives off that vibe, you know? In game, he’s been known to partner up with streamers like Blevins and Kabbani, among others. He also appeared alongside Blevins in a Super Bowl commercial last year, so he’s on the mainstream radar, as well.

Anys, notably, is the only woman in the top-10, with women still few and far-between in even the top-100 of Twitch, whose viewership is over 80 per cent male. Loco, meanwhile, remains in the top ten despite a health-related streaming hiatus that began in June.

It’s also interesting to observe which streamers have seen growth spurts in the wake of Blevins’ departure. Dexerto recently ran the numbers, finding that the single fastest growing streamer since Blevins left is Kyle “Bugha” Giersdorf, who’s gained 274,443 followers since Blevins decided to mix(er) things up.

There are, however, some contributing factors worth considering: First and foremost, Giersdorf recently won the Fortnite World Cup, granting him an enormous popularity boost to match. He’s since gone on The Tonight Show and, to bring things back around, streamed a few times with Blevins. By and large, the other streamers who’ve grown the most in recent times are about what you’d expect, with Tenney, Grzesiek, Hoffman, Kabbani, and other already-popular streamers seeing sizable bumps in their follower counts. 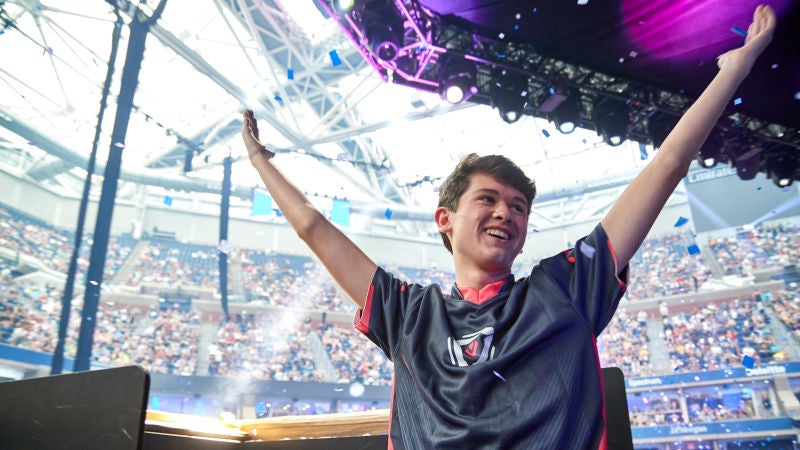 Some of this could be attributed to Twitch’s decision to commandeer Blevins’ cobweb-encrusted Twitch page and use it to advertise other popular Fortnite streamers, but mostly, I’m guessing that Twitch users were already aware of these bigger names because top streamers — Blevins included — frequently partner up and play together.

With “now live” notifications, algorithmic recommendations, earnable emotes and other other social incentives, and windows that let you watch streams while browsing for other streams to watch, Twitch’s ecosystem is built to shuttle users between realms of near-infinite content and, crucially, keep them from going elsewhere. Even with Blevins already amassing over one million followers on Mixer, Twitch’s system seems to, for now, be working as intended.

Blevins continues to influence Twitch even in his absence. Now that he’s made his big move, it wouldn’t be shocking to see other popular streamers follow suit — that is, if Mixer can afford them.

If Mixer becomes a viable threat to Twitch, it could send shockwaves through the streaming world and bust up Twitch’s near-monopoly. Admittedly, two corporate giants with hands on all the levers isn’t much better than one, but it would likely allow for some of the improvements that come with strong competition. While plenty of streamers moved to Mixer before Blevins and undeniably formed its foundation, he’ll be at least slightly responsible for whatever is to come, even on the off chance he fades into obscurity outside the relative safety of Twitch’s purple embrace.