When I was first asked to preview Greedfall, an upcoming RPG by Spiders, I didn’t really know what to expect. Its vast world, packed with ruins and frontier towns, captured a sense of discovery but also evoked a strange apprehension in me. Greedfall brims with potential and clever ideas, yet even after playing it, I can’t tell if it will mark a powerful recreation of BioWare-esque storytelling or a half-measured romanticising of the all-too-violent Age of Exploration.

In Greedfall, you play as De Sardet, a citizen of the old continent. Overpopulation has allowed for the rapid spread of a plague known as the Malichor. You are sent as a diplomat to an island across the ocean called Teer Fradee, where a cure to the plague might be found.

While searching, you act as a sort of diplomat to the island’s various trade factions and native peoples. The vibe rests distinctly in the 18th century with tricorn hats, armoured soldiers, vibrant heraldry, and lonely outposts. Teer Fradee proves to be a mysterious place, magical even, with strange creatures that feel lifted from games like The Witcher 3: Wild Hunt.

In fact, playing Greedfall for any stretch of time makes it clear the it’s angling to fill the gap created in the absence of games like The Witcher and Dragon Age. I learned as much when I recently sat down with Focus Home Interactive creative producer Tom Butler for a hands-on demonstration. 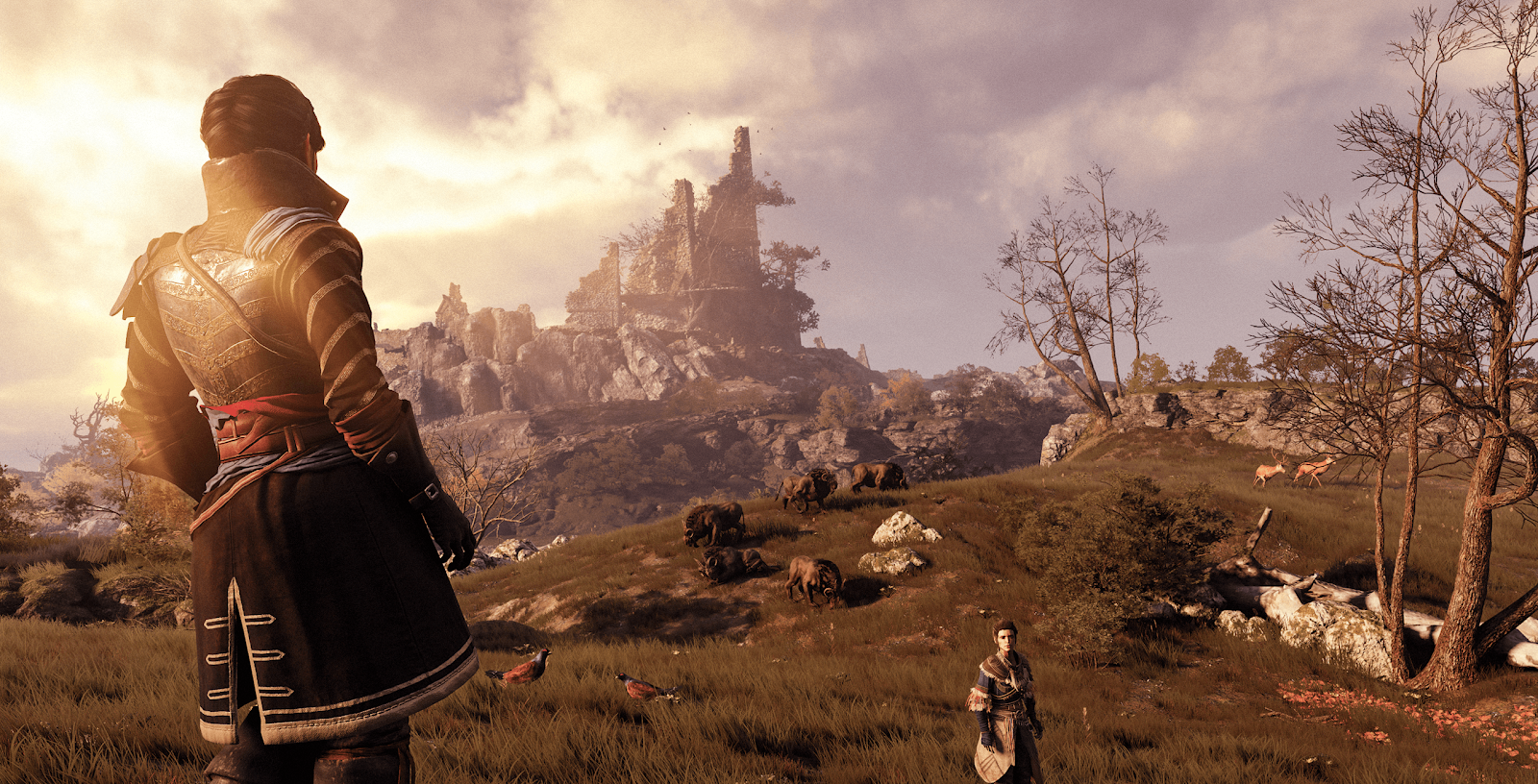 Greedfall proved immediately gorgeous to look at. Butler started the demo in a small swampland, where beams of light pierced through gnarled branches. Distant forest trees held sage-coloured leaves dotted with faded hues. Teer Fradee felt real, as if I could tell what angle my foot would take stepping on a rock.

As Butler gave a brief overview of the area, he mentioned that Spider’s CEO Jeanne Rousseau, the main writer on the game, found herself inspired by Baroque art and Flemish paintings. She also found inspiration in the historical accounts of various explorers and naturalists. Greedfall’s world design held a specific ethos: to evoke awe and wonder. What I saw, limited as it was, touched upon those feelings. It was a place I wanted to poke at and whose nooks and crannies held promise.

“We absolutely didn’t want to be strictly historical,” Rousseau said in a YouTube video about the world’s design. “Rather, it had to remain inspiration. We’re inviting players to dream, explore, and discover a totally new universe.”

The world is broken up into small subsections with quests to undertake and points of interest to locate, reminiscent of Dragon Age. As I started playing, I found myself in camp with various companion characters like the cavalier yet secretive sailor Vasco or the curious native Siora.

Travelling with companions doesn’t just give advantages in combat but also affects how you might handle situations. For instance, Siora can act as a translator for interactions with Teer Fradee’s various peoples, opening up new dialogue options or helping to resolve situations. (She might also react more aggressively if you side with colonial exploiters wronging her people.)

Each of these characters had sidequests of their own and stories to pursue. Butler warned me that ignoring them long enough in the main game might lead party members to leave the group out of frustration. 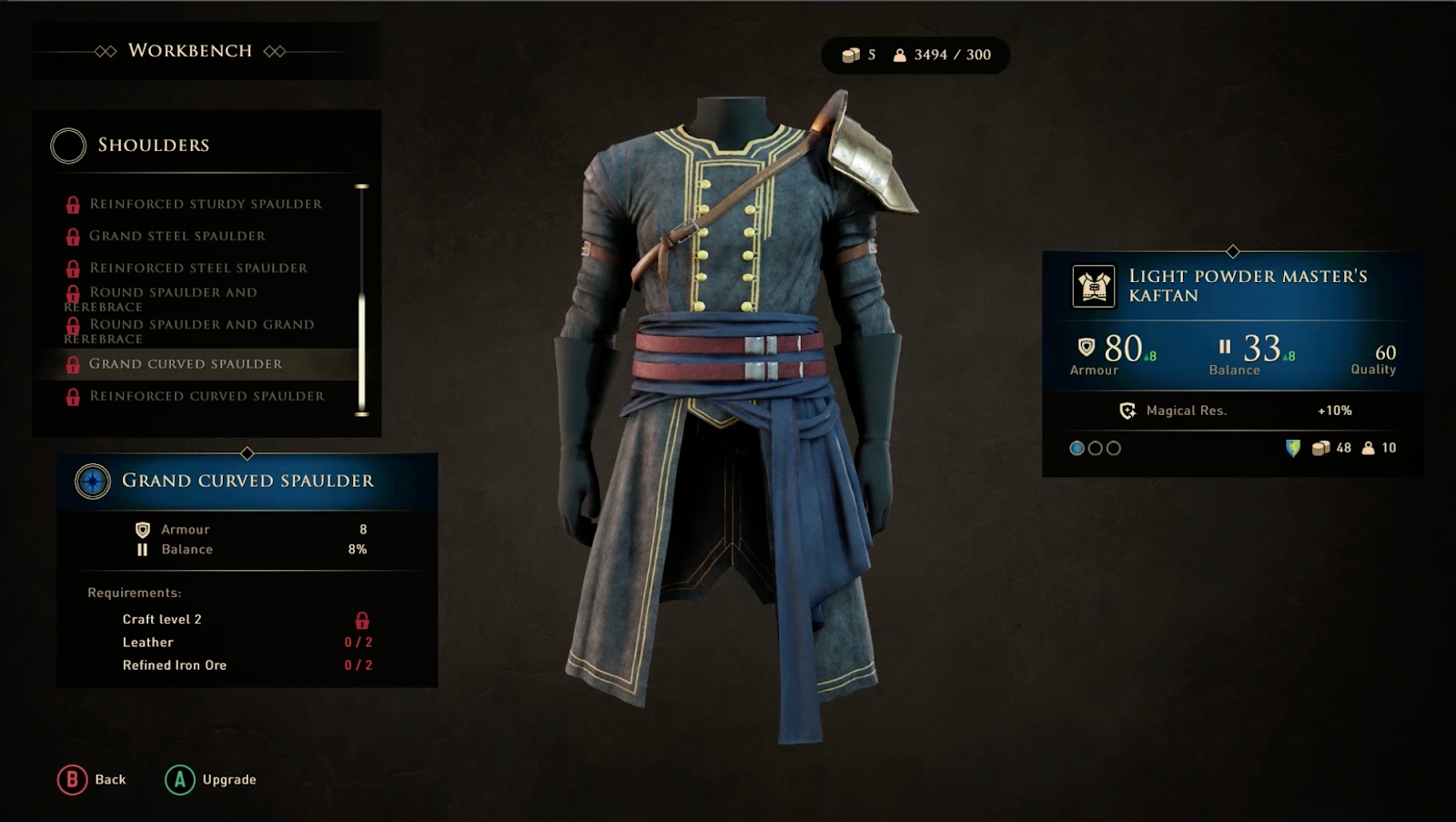 Camp also held a workbench where I could craft armour and weapons. Each item was customisable. I could decide what sort of half cape I wanted to drape over my armour or else adorn myself how I saw fit. For normal difficulty levels, this amount of customisation seemed unnecessary, but I was assured that higher-level players would find it useful to min-max each armour piece for high stats.

For my part, I mostly imagined how spiffy I could make my character look, wondering if I could maybe opt for something a little more Bloodborne and less conquistador.

I decided to pursue the main quest arc for the area I was in, working with members of the mercantile Bridge Alliance to find a lost foraging team and their lead botanist. Leaving camp, I was almost immediately thrust into combat against some wild boars. This was where Greedfall started to grab me.

Players can choose from three initial disciplines at the start of the game: Warrior, Technical, and Magic. It was essentially the split between fighter, thief, and mage, though players can diverge from their initial path. For this demo, I was a mage. This meant tossing magical spells that ranged from simple “magic missiles” to huge spells that exploded energy around me. If I wanted to, I could still switch to my sword or even pull out a matchlock pistol.

Combat flowed well, and it quickly became intuitive to dash away from enemies and cast spells or else wait until my Fury meter filled so I could unleash a stronger attack. (You can watch above to see a clip of skill tree management and a fight against a dangerous monster.)

It was similar to the lock-on sword-fighting of The Witcher, but there was a welcome twist: At any given time, I could pause the action and play like a turn-based RPG. If things were hectic, a single button tap froze everything and filled my screen with a variety of attacks and spells to queue up. While it hardly felt necessary for my battle against the boars, I imagine it’s a valuable tool in boss fights.

My quest took me through ruined camps and a detective sequence where I followed a trail of blood. Finding a corpse led to discussion of the situation between my companions. My protagonist seemed dismayed that the man was killed.

“He was only a scholar, a sage, not a warrior on the battlefield,” they said.

Siora’s reply came quick: “Do you think my people see a difference when Bridge men steal our people from their beds? All the clans hide their children.”

A game about crossing the ocean to “explore” a new, magical world holds a lot of uncomfortable implications. This was at least some acknowledgement that Greedfall wasn’t going to completely ignore those, that characters would differ in their thoughts about what it meant to explore and what it meant when new groups of people interacted. Butler boiled the interaction down to a question:

“How do you explore that one person’s notion of expansion comes at the expense of other people?”

I mentioned that I was glad to see the moment but I was still apprehensive. How much would Greedfall acknowledge the destructive impacts of colonisation? How much would it allow the player to navigate and negotiate a different path, even as it wore the trappings of the Age of Discovery?

Eventually, I came across two Teer Fradee natives in a clearing and approached them. I was greeted with welcome scepticism. Who the hell is this colonist and what do they want? Are they also here to cause trouble? For the purposes of the demo, I had a high charisma stat that led to fruitful discussion, but I also had the option to have Siora step in. I was told later that I could have also snuck close to eavesdrop on the conversation instead.

We discovered the lone survivor of the Bridge survey team, a feisty alchemist named Aphra. She introduced herself by dropping out of a tree and ambushing my party, a memorable introduction that made it clear she would be a companion character. Companions clashed.

Siora and Aphra clearly did not see eye to eye when it came to the Bridge Alliance’s forays deeper into Teer Fradee. The master-at-arms Kurt noted that if Aphra lashed out at the party again, he would kill her himself. It made me wonder how these companions would play off each other throughout the game. 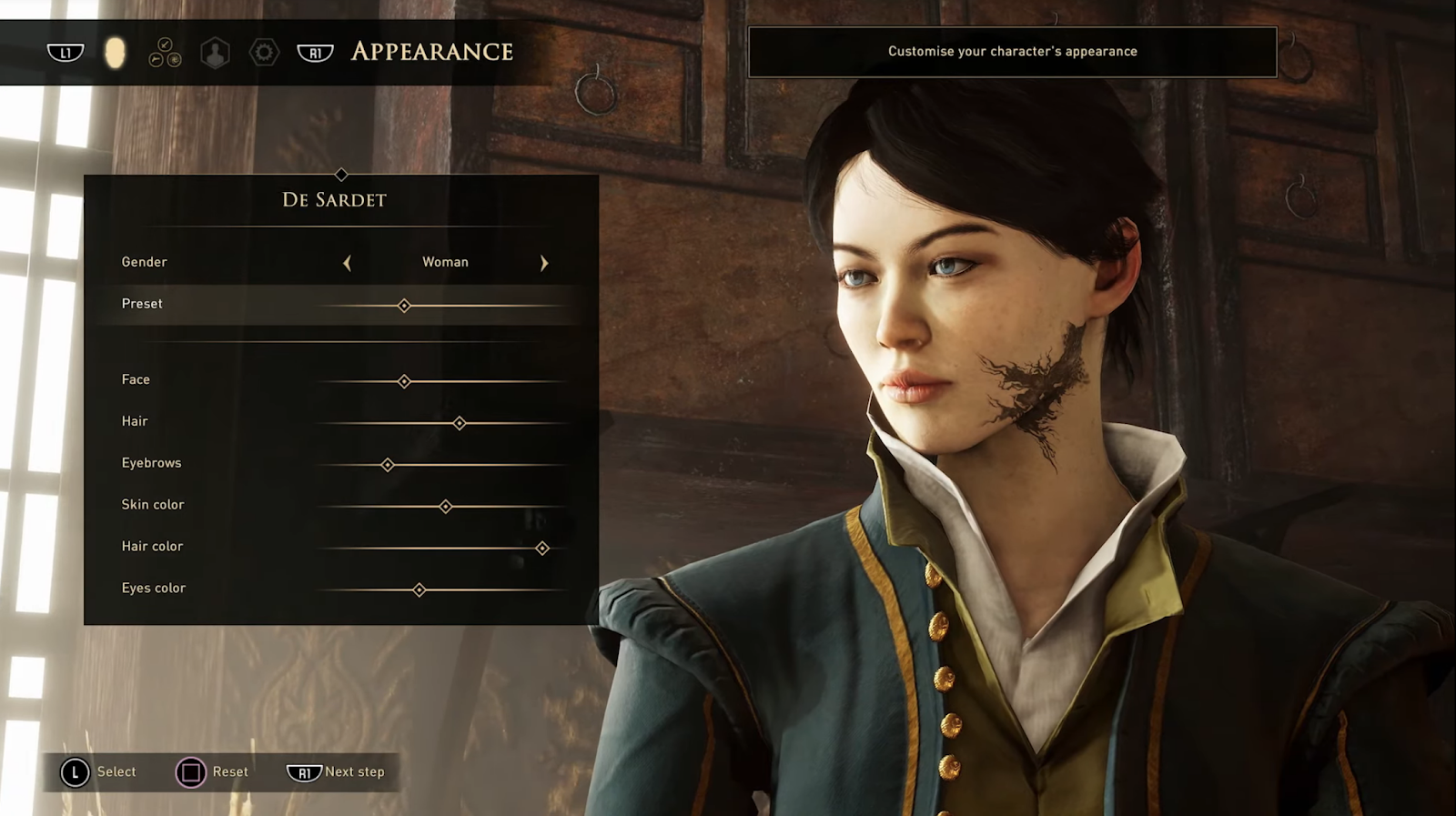 The rest of my time with Greedfall was spent exploring a few major towns and poking at the game’s character creator. It had a neat framing device — a portrait session that the main character is sitting through at the start of the game.

This also gave me a chance to get a better sense of the various skills you could have, like Craftsmanship or Science. These could affect dialog but also give certain options in the game world. For instance, someone with a high science skill might craft bombs to create makeshift entrances to restricted areas like warehouses.

I walked away from Greedfall extremely curious. It could be just the sort of RPG that I’ve been craving. Companion characters, stats that affect dialog, a rich and interesting setting. There’s promise here, a chance to use a familiar video game frame to explore interesting ideas and characters, should the ideas be handled with care.

Whatever happens, I won’t have to wait long to see the final result. Greedfall releases in September for PC, Xbox One, and Playstation 4.