Most of my experience with Yu-Gi-Oh, Konami’s long-running collectible card game/cartoon series, comes from video games. I’ve tapped more virtual cards than physical ones, and most of my matches have been against computer opponents. That’s how I like it, and Yu-Gi-Oh! Legacy of the Duelist: Link Evolution for the Nintendo Switch is all that and a side of online multiplayer.

Yu-Gi-Oh! Legacy of the Duelist: Link Evolution is a slightly updated version of 2015’s Yu-Gi-Oh! Legacy of the Duelist for the Xbox One, PlayStation 4, and PC. The main difference between the original and the Switch version, aside from the inclusion of every bit of downloadable content released to date, is new single-player historic battles from 2017’s Yu-Gi-Oh! VRAINS animated series and the inclusion of Link Monsters. Link Monsters are new creatures that enhance normal monsters on the playfield. The original game featured nearly 8,000 cards. Link Evolution has over 9,000.

All that, and the Switch version is portable with full touchscreen support, making it the most convenient way to play Yu-Gi-Oh on the go.

In case you’re unfamiliar with the game, Yu-Gi-Oh is a collectible trading card game in which two players take turns summoning creatures to attack and defend their life points. There’s a lot of comparing monster defence and attack points and activating special abilities, with trap and spell cards keeping things spicy.

The game’s been around for 20 years and has spawned six animated series. There’s a lot of history here. Yu-Gi-Oh! Legacy of the Duelist: Link Evolution is a great way to catch up. 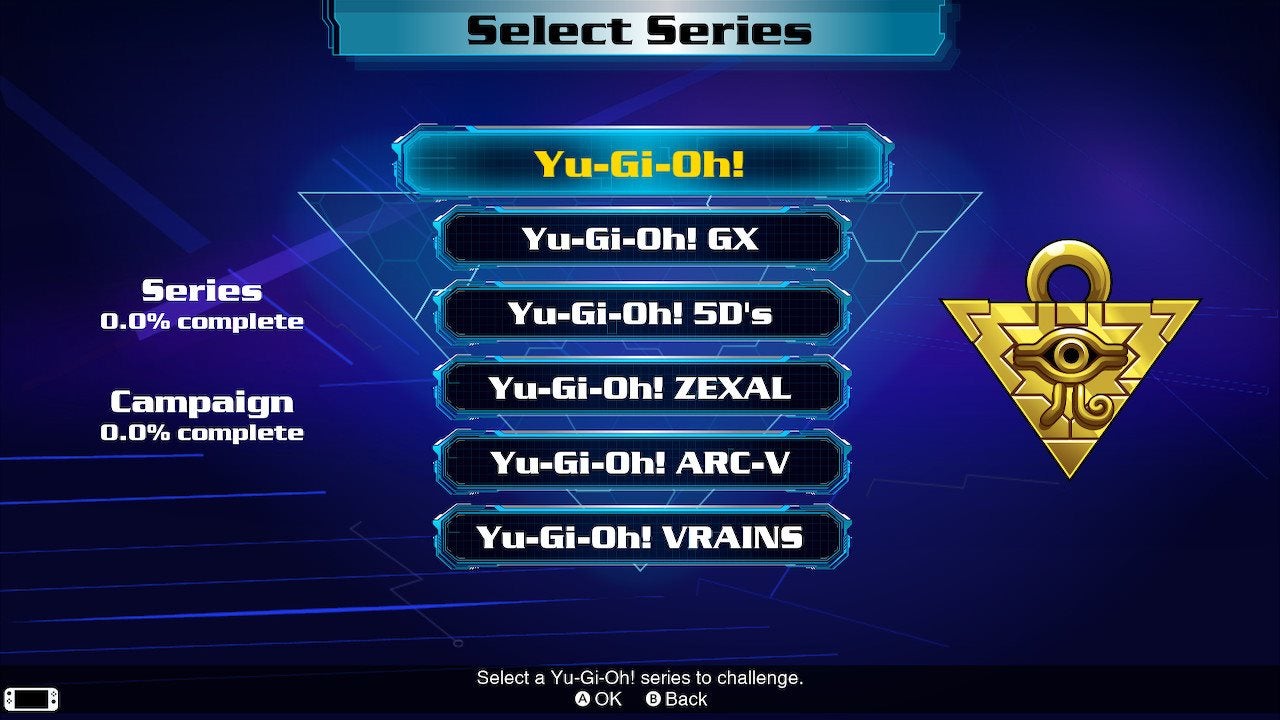 For a solo Yu-Gi-Oh player like me, Link Evolution is an AI opponent wonderland. There are nearly 170 different historical duals in the game pulled from six generations of the animated series. Completing a historical duel, like “The Ultimate Great Moth” fight between Yugi and Weevil which occurred early in the original series, unlocks a reverse duel, allowing fans to switch sides and play as the enemy. Each new battle brings new cards, deck recipes, player avatars, and Duel Points, used to purchase booster packs in the in-game store. 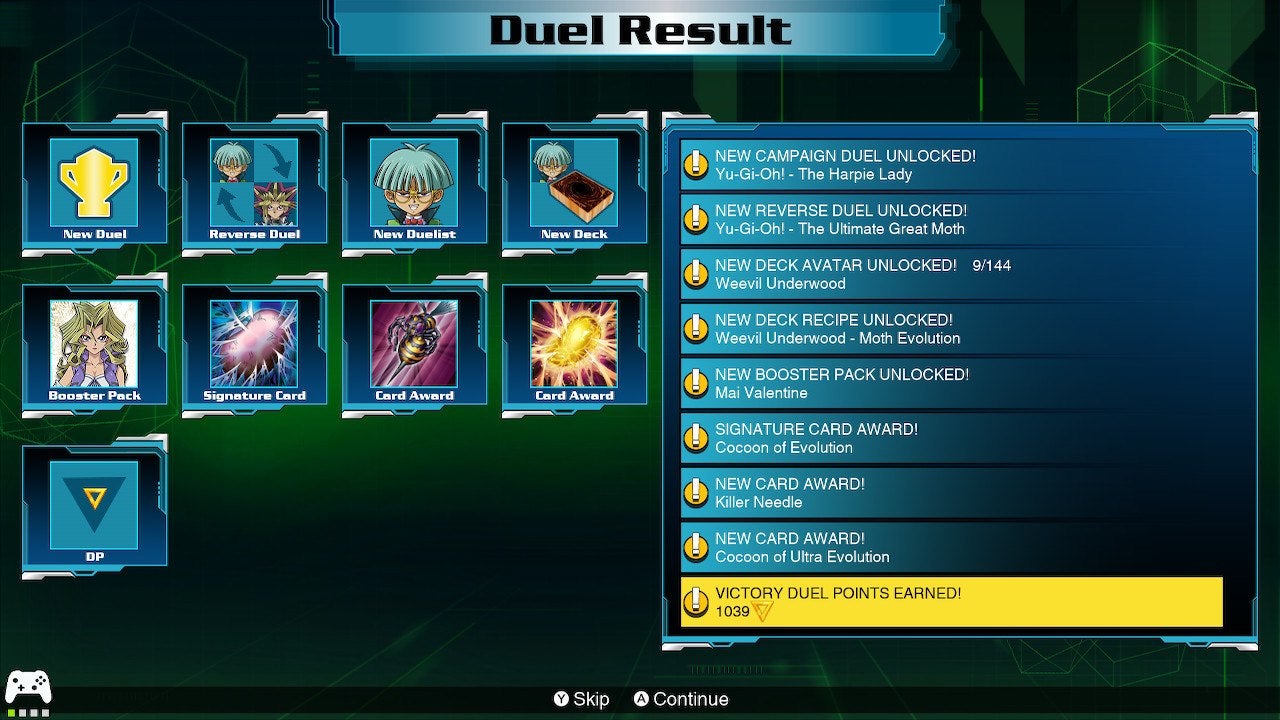 It’s a ridiculous amount of content and a wonderfully convenient way to experience it. The Switch screen is the perfect size and resolution for reading card text. Any smaller and I would have to squint. The playfield is sharp and colourful without being distracting. The touchscreen functionality is particularly handy, and I’ve found myself propping my Switch up on its kickstand and poking at games with my fingers when I’m not using the Joy-Cons or hooked to my television. 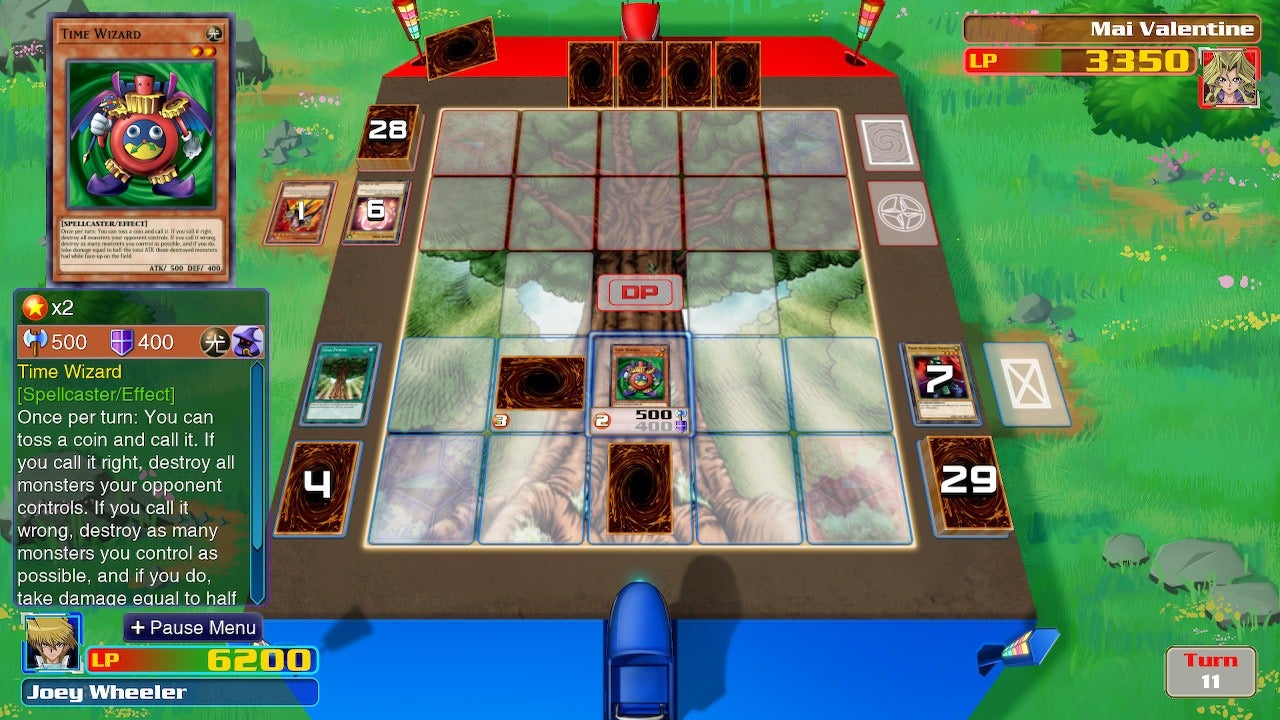 I do wish there were a bit more character in the game. Voice acting would have helped a lot. Maybe some animated cutscenes. The stories are lifted directly from the various animated series, so even clips from the cartoons would have worked. The unvoiced dialogue in the game’s text-and-picture cutscenes is fine, but I long for Yugi’s stupid voice. 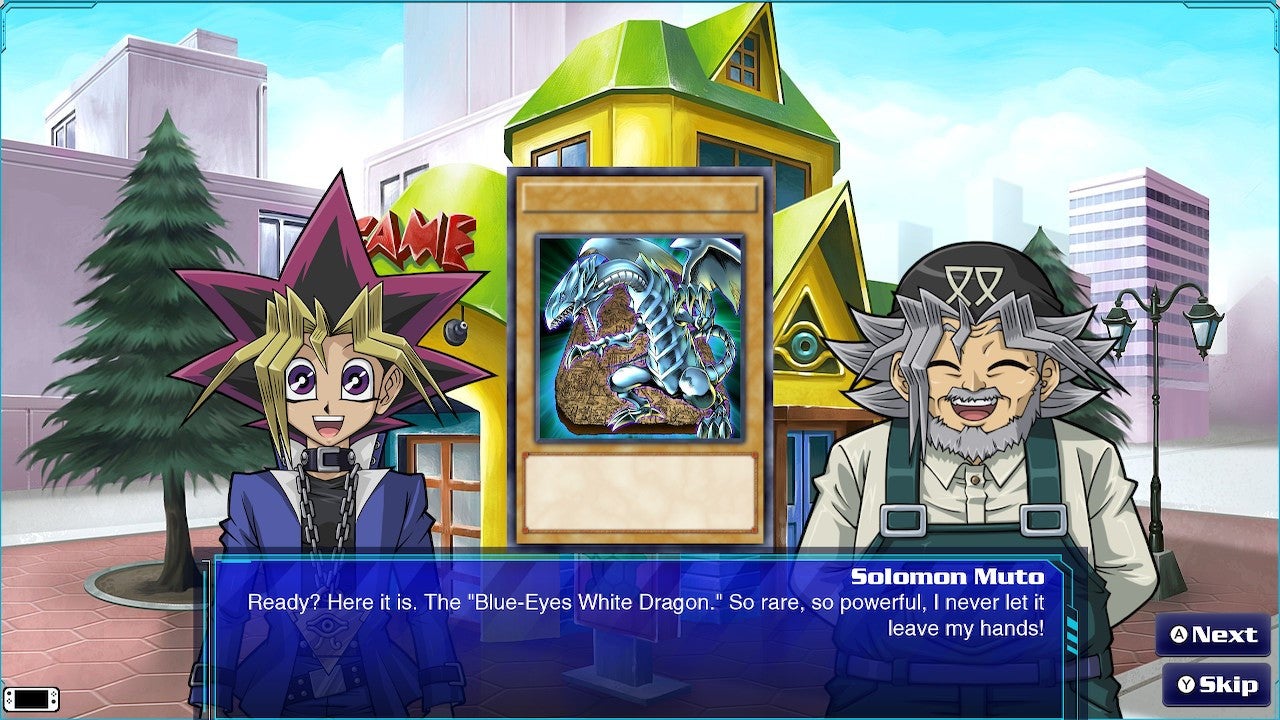 I bet Grandpa is going to have that card forever!

There’s plenty of fun stuff in Yu-Gi-Oh! Legacy of the Duelist: Link Evolution for competitive players. Ranked and unranked matches, local battles, and plenty of options for deck editing should keep them busy, and sealed play using Battle Packs sounds exciting. Me, I’m perfectly content kicking Seto Kaiba’s arse with Exodia the Forbidden One, as foretold by the ancient prophecy known as episode 24 of the anime. 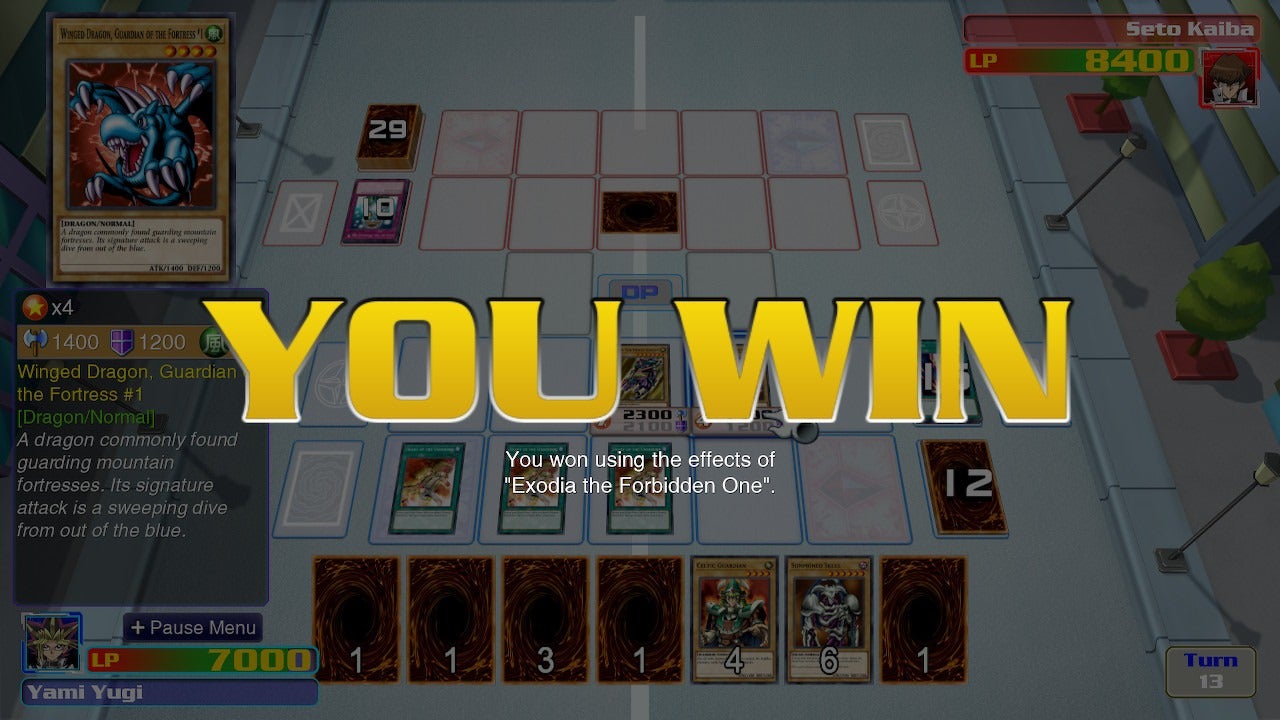 I can’t imagine ever needing more Yu-Gi-Oh than this.