Walking across large open-world maps has been done many times and has even been documented numerous times on this very site. But walking across an entire map carrying a big old bowl of stew? Now that is something you don’t see every day.

That was the odd objective of a recent meet-and-walk attended by a large group of Red Dead Online players. Also known as walk meets, these are events where large groups of players get together and walk around to various locations, encountering animals, criminals and other obstacles along the journey. This soup walk was filmed by Reddit user Slonitram and set up by Red Dead Online player Zoobz_.

So, more than 20 players met up at a campfire in the southwest area of the large Red Dead Online map and made some stew. Then each player grabbed a bowl of hot soup and began the long walk across the world.

One major problem players dealt with during the walk was server issues. Red Dead Online will constantly kick players. This is something I experience nearly every time I play RDO. It is annoying and it also means that when you log back into the game, you no longer have your bowl of stew. And nobody wants to lose soup that way.

But server problems weren’t the only danger players faced on their long soup walk. Bounty hunters, runaway horses, other players who weren’t part of the walk and basically any other danger normally found in RDO caused the walkers headaches. At one point a large portion of the group was taken out by a train. The hazards of soup walking.

Making this challenge harder is that to keep the soup players can only walk. You can’t get on a horse, run or grab a ride on a wagon. And you can only walk so fast, which means a train can hit you if you ain’t careful.

Over the course of the walk, many players ended up losing their stew and eventually a new camp was set up and more stew was handed out. Also for some reason, some players at this point in the walk started to carry large fish with them. Eventually, as players continued to lose their stew bowls, people switched to carrying dead bodies. Why? I don’t know. Not even Slonitram, the person filming the walk, had a good reason for the change. 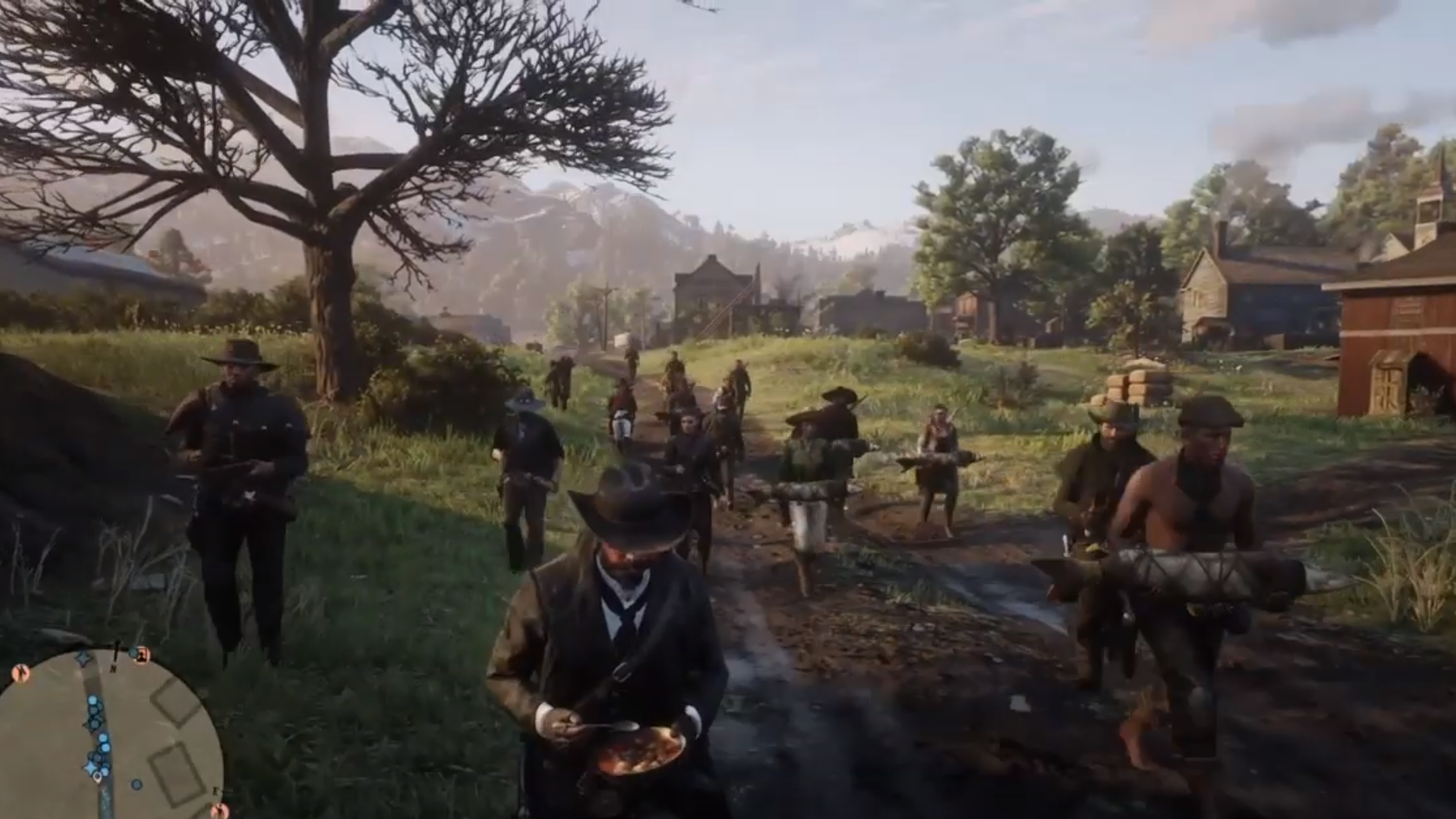 Eventually, the large group reached their destination on the east coast of the map and celebrated by getting drunk and seeing a movie. Slonitram has also tried to carry stew across the map alone and has documented those adventures on their channel.

Red Dead Online might not have enough content for some players and the servers might still be a mess, but at least it has stew. We can all be happy about that.