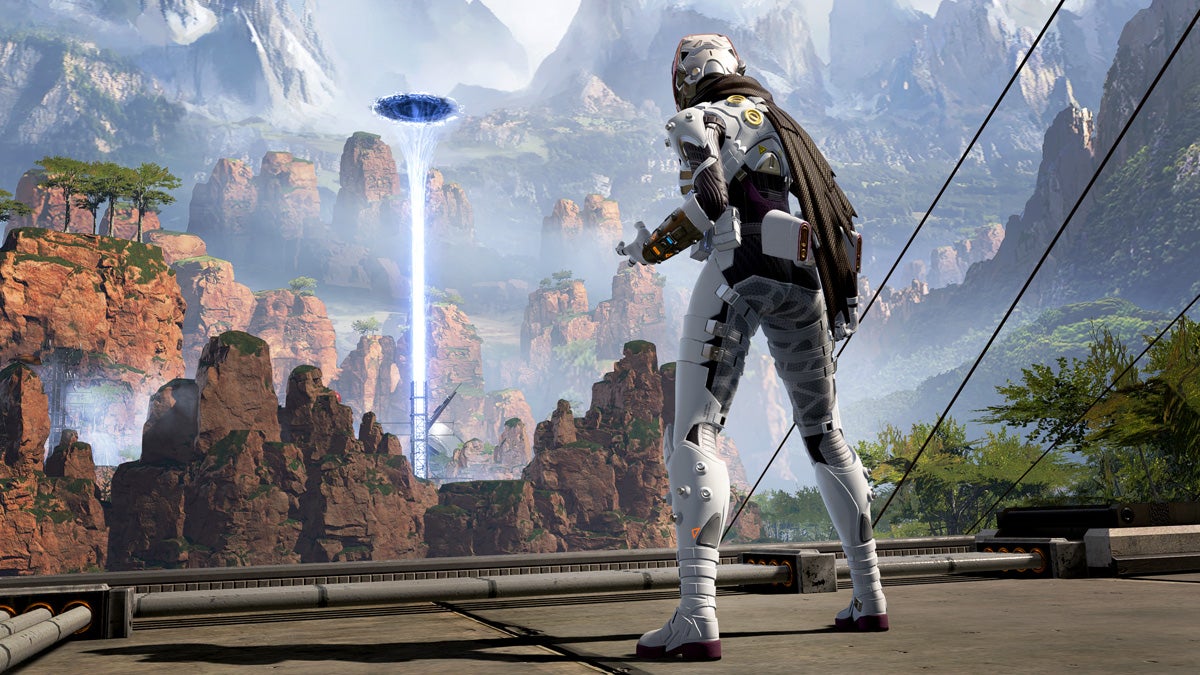 Apex Legends got a big update today, called “Voidwalker” due to its focus on resident goth character Wraith. It adds updated challenges, limited edition items, changes to the map, and a limited-time mode featuring powerful weapons and minimal armour.

Much like the previous Apex Legends event, which let players play solo, the biggest draw of Voidwalker is the addition of its new mode, “Armed and Dangerous.” Armed and Dangerous restricts weapon types to snipers and shotguns only, and it also reduces the strength and availability of armour and helmets. I immediately had flashbacks to the hours of Shotty Snipers I played in Halo 2, but Apex Legends’ spin on the old formula is even more stressful due to the reduction in defensive gear.

Armed and Dangerous essentially turns every player into a glass cannon, capable of blowing enemies away with just a few pulls of the trigger yet highly vulnerable to the same treatment. The core Apex Legends gameplay loop — loot, ambush, repeat — remains, but it’s accentuated by the increased stakes.

High-powered, gold-rarity weapons feature in the mode as regular loot, making encounters tense because you never know when someone might pick you off from across the map with the terrifying Kraber sniper or come around the corner holding the uber-powerful Mastiff shotgun.

Apex Legends’ previous event themed a part of the map after character Octane, and Voidwalker does the same with Wraith. The small cluster of buildings north of Hydro Dam, now known as Singh Labs, features a huge portal shooting into the sky that fires combatants into the laboratories of Amer Singh, the scientist introduced in the new Voidwalker cinematic who presumably played a part in imbuing Wrath with her teleportation powers.

It’s a popular place for players to drop at the beginning of a match both because it’s new and features high-level loot, which in turn makes the interior a bloodbath, especially if a Caustic or Wattson manage to get there first and drop traps.

The event also comes with a number of quality of life changes, including the ability to enable auto-sprint and tweak aim sensitivity settings for every individual scope. Furthermore, SMG type weapons can no longer equip long-range scopes like the 3x HCOG and 2x-4x variable ACOG, eliminating the nuisance of having to manually remove these powerful modifications upon accidentally equipping them to close- and mid-range weapons.

Voidwalker’s Armed and Dangerous mode might not feel as vital as the oft-requested yet sadly time-limited solo mode introduced in the last event, but it does make for a neat, quick diversion from the norm.

It’s nice to have a pared down version of the game to run through without having to window shop and weapon swap as much as in regular play, but this convenience comes with a hefty dose of stress that won’t necessarily be missed when it leaves later this month.