Aron Eisenberg, The Actor Who Played Nog On Deep Space Nine, Has Died 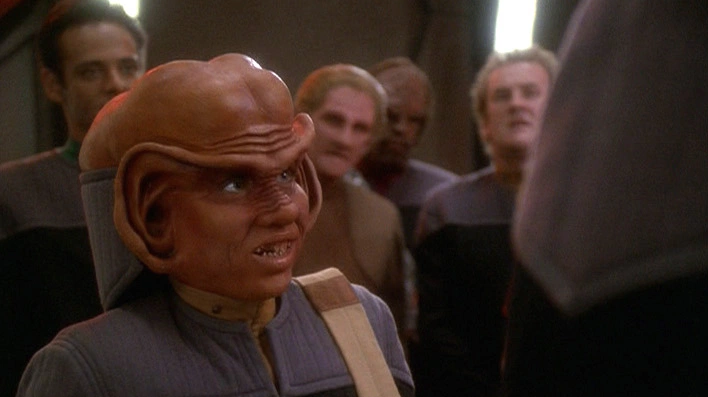 Eisenberg as Nog. (Image: CBS/Viacom)
To sign up for our daily newsletter covering the latest news, features and reviews, head HERE. For a running feed of all our stories, follow us on Twitter HERE. Or you can bookmark the Kotaku Australia homepage to visit whenever you need a news fix.

Aron Eisenberg, the actor repsonsible for bringing the Ferengi Nog to life in Deep Space Nine, has died.

The news comes from his widow, who shared the information on Facebook on Saturday night. The actor, aged 50, worked in Hollywood during the ‘80s and ‘90s, though he was best known for the role of Nog in Deep Space Nine.

Over seven seasons, viewers got to know Nog, the first Ferengi to join Starfleet, where he eventually reached the rank of Lieutenant Junior Grade. Nog was a fantastic character, and Eisenberg imbued him with a distinct and powerful sense of life.

Eisenberg’s cause of death is, at this point, unknown. But as a player in one of the most beloved entries in the Star Trek franchise, he’ll be missed, and remembered, by a lot of people.