Arrow May Be Getting A Female-Focused, Birds Of Prey-ish Spin-Off 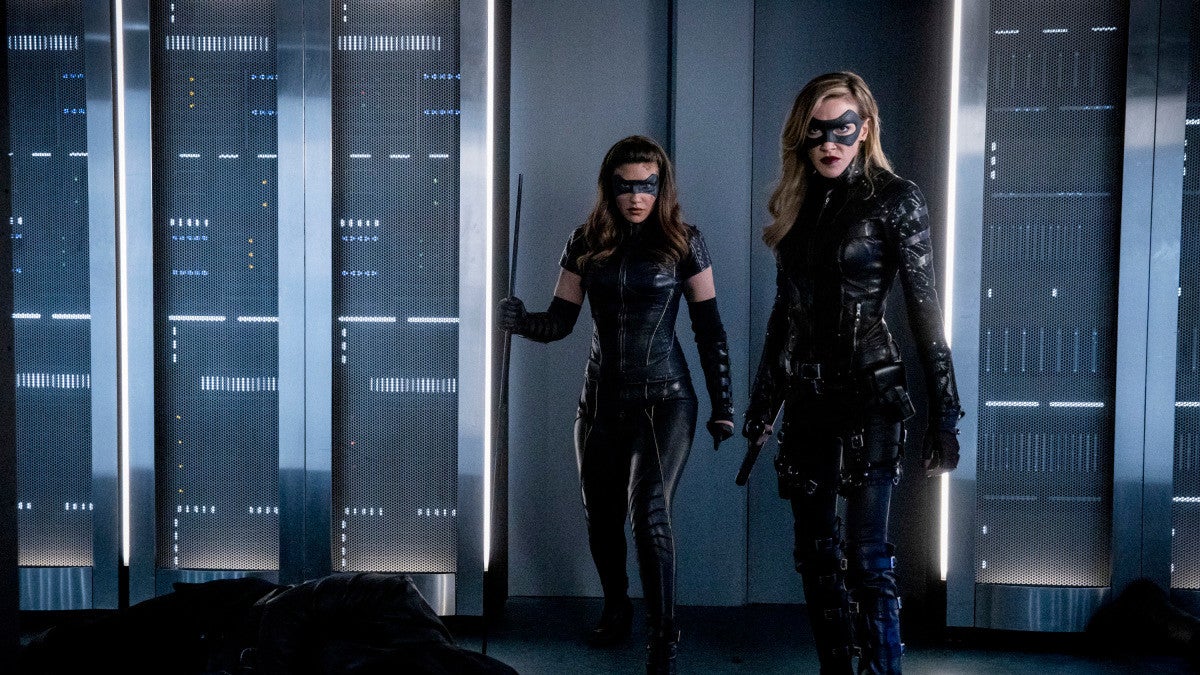 Juliana Harkavy as Dinah Drake/Black Canary and Katie Cassidy as Laurel Lance/Black Siren in <em>Arrow</em>’s seventh season. (Photo: Jack Rowand/The CW)
To sign up for our daily newsletter covering the latest news, features and reviews, head HERE. For a running feed of all our stories, follow us on Twitter HERE. Or you can bookmark the Kotaku Australia homepage to visit whenever you need a news fix.

Arrow is preparing to wrap up after eight seasons on the CW, but it may not be the end for some of its supporting characters, according to a new, not entirely surprising report of a potential spin-off series waiting in the wings.

Entertainment Weekly broke the news about the project, which it describes as “female-centric.” Here are the details on which characters could return from Arrow:

The potential show will be introduced via a backdoor pilot in Arrow’s eighth and final season and would star Katherine McNamara as Mia Smoak/Green Arrow, and Katie Cassidy Rodgers (Laurel Lance) and Juliana Harkavy (Dinah Drake) as the Canaries.

An interesting group that makes it sound a lot like another spin at the Birds of Prey. The story speculates that the series would be set in the future — meaning the Canaries would have to stay in old-age makeup — and confirms that the same team behind Arrow would, unsurprisingly, also be involved:

Arrow showrunner/executive producer Beth Schwartz will co-write the episode with Arrow‘s Marc Guggenheim, Jill Blankenship, and Oscar Balderrama. All four them will serve as EPs on the potential, which will be executive produced by Arrowverse architect Greg Berlanti and Sarah Schechter, and produced by produced by Berlanti Productions in association with Warner Bros. Television.

It seems likely that any official announcements regarding the spin-off won’t arrive until later this fall, as the main show remains the focus in its final hours and new Arrowverse series Batwoman debuts.