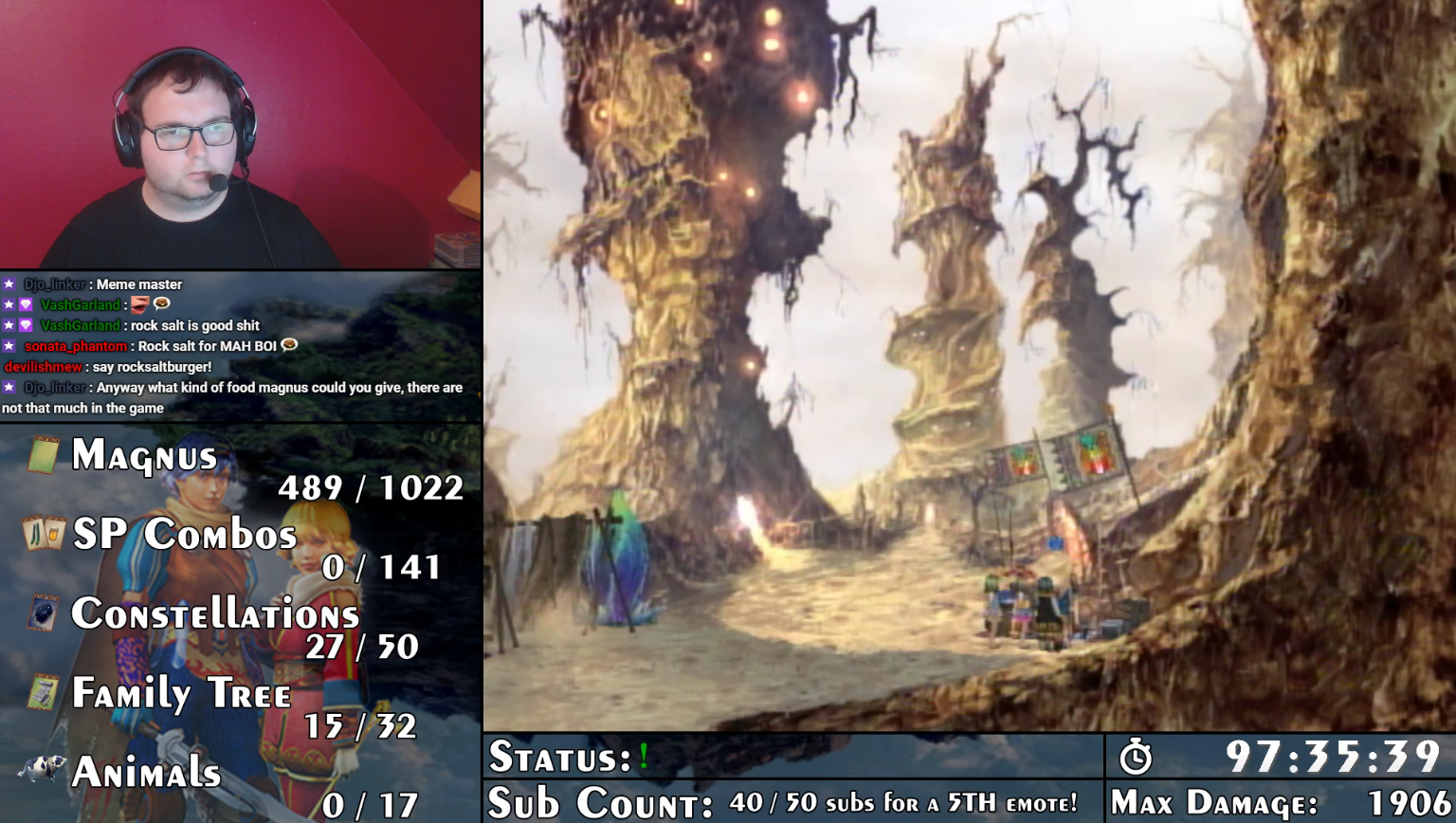 Cult-classic card game Baten Kaitos: Eternal Wings and the Lost Ocean is a pretty big game, especially if you want to collect everything there is to find. A 100 per cent speedrun takes over 300 hours to complete, and even a single mistake could spell disaster. World record holder “Baffan” learned this the hard way during a recent speedrun, where a strange programming quirk caused his run to end in failure… almost four days after he started.

Completing a 100 per cent speedrun of Baten Kaitos requires extreme patience and dedication. There are countless cards and items to collect in a process that can take about two weeks to complete.

The current record, held by Baffan, was set two years ago when he completed the run in 341 hours, 20 minutes, and three seconds. Baffan was in the middle of a new attempt this week. At the 97-hour mark, he ran into a problem that made it impossible to collect one of the items he needed. Unable to proceed, he was forced to end the run.

It happened during a quest to help some street orphans in a town called Azha. Players can help the children by giving them items called Quest Magnus. There is a reward for giving them 13 Magnus and another for handing in 21 total. There is a unique item reward for each step of the quest.

Baffan, presumably seeking to be efficient and save time, decided to complete the quest after acquiring 21 Magnus. There’s a problem with that: Handing in the higher sum skips the initial reward. Normally, players receive a cloak for handing in 13 items and then unlock a secret recipe for handing in 21 items. Baffan’s efficiency accidentally meant that he could no longer receive the cloak.

This is not the first time that Baffan has encountered trouble speedrunning Baten Kaitos. The chief reason for the speedrun’s length is due to an item called Splendid Hair. Acquiring it requires the player to first find the Shampoo item.

After having the item in-game for about two weeks of real time, the shampoo transforms into Splendid Hair. To unlock this item, runners like Baffan often leave the game running overnight in an idle state so that items like the Shampoo can change. In 2016, he received a temporary suspension from Twitch for “non-gaming content” after leaving the game and his stream on idle so that he could go to sleep and rest.

In a Reddit post, Baffan noted that his last backup save was nearly an hour before this point and that it would be too difficult to achieve a new personal best. “I lost the mood entirely anyway,” he added.