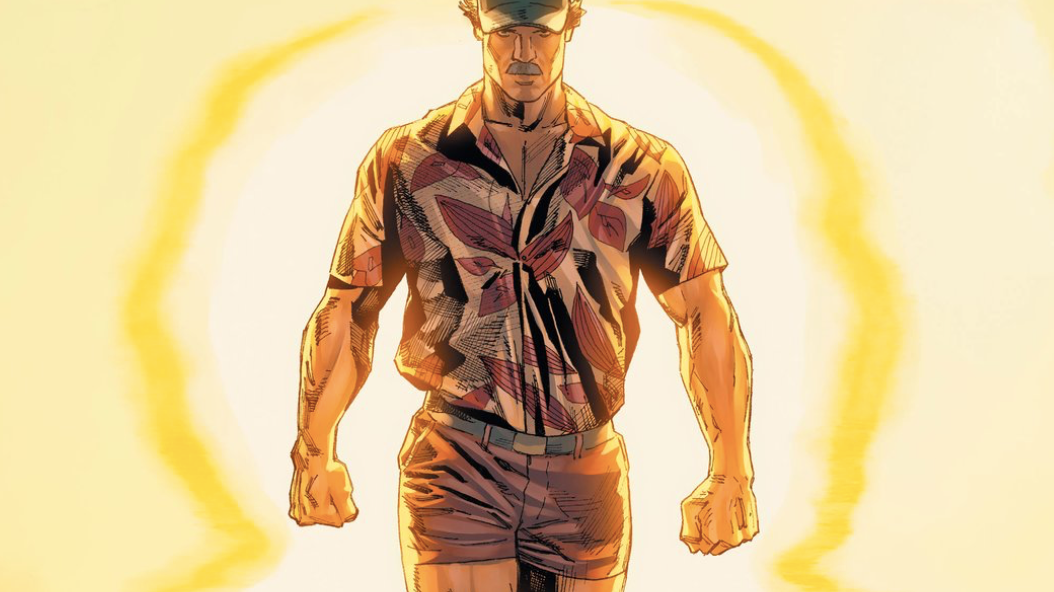 Bruce Wayne showing off the goods. (Image: Clay Mann, DC Comics)
To sign up for our daily newsletter covering the latest news, features and reviews, head HERE. For a running feed of all our stories, follow us on Twitter HERE. Or you can bookmark the Kotaku Australia homepage to visit whenever you need a news fix.

Because everyone spends so much time going on about Nightwing’s arse and Catwoman’s inexplicably exposed armpits, it can be easy to forget that Bruce Wayne is very much a sex symbol in his own right. But artist Clay Mann has been trying to remind everyone with his illustrations in DC’s ongoing Batman series that’s currently being penned by Tom King.

Following a brutal beatdown by Bane that leaves Bruce broken once again, Catwoman’s whisked her former fiancé off to help him recover in an idyllic paradise far away from all the darkness and pain that comes part part and parcel with living in Gotham City. The couples’ time on the beach has served as a stark contrast to the horror Gotham’s citizens are living through now that villains have taken over the city, and it’s been more than obvious that Batman and Catwoman’s time in paradise can only last but so long.

While they’ve been vacationing (kinda) though, Mann’s gone out of his way to show off just how — forgive me — built the series’ heroes are, and the artist has taken special care to give Bruce just as much of the cheesecake treatment as he gives to Selina, which is something of a (very welcome) rarity in mainstream comics.

In a recent interview with Entertainment Weekly, Mann unpacked the reasoning behind the garish, fake mustache Bruce has been rocking as part of his Matches Malone disguise for the past few issues, explaining that the look was inspired by his love for Tom Selleck in Magnum P. I., but it’s a tough call to say whether that series ever rendered Selleck as hunkily as Mann depicts Bruce 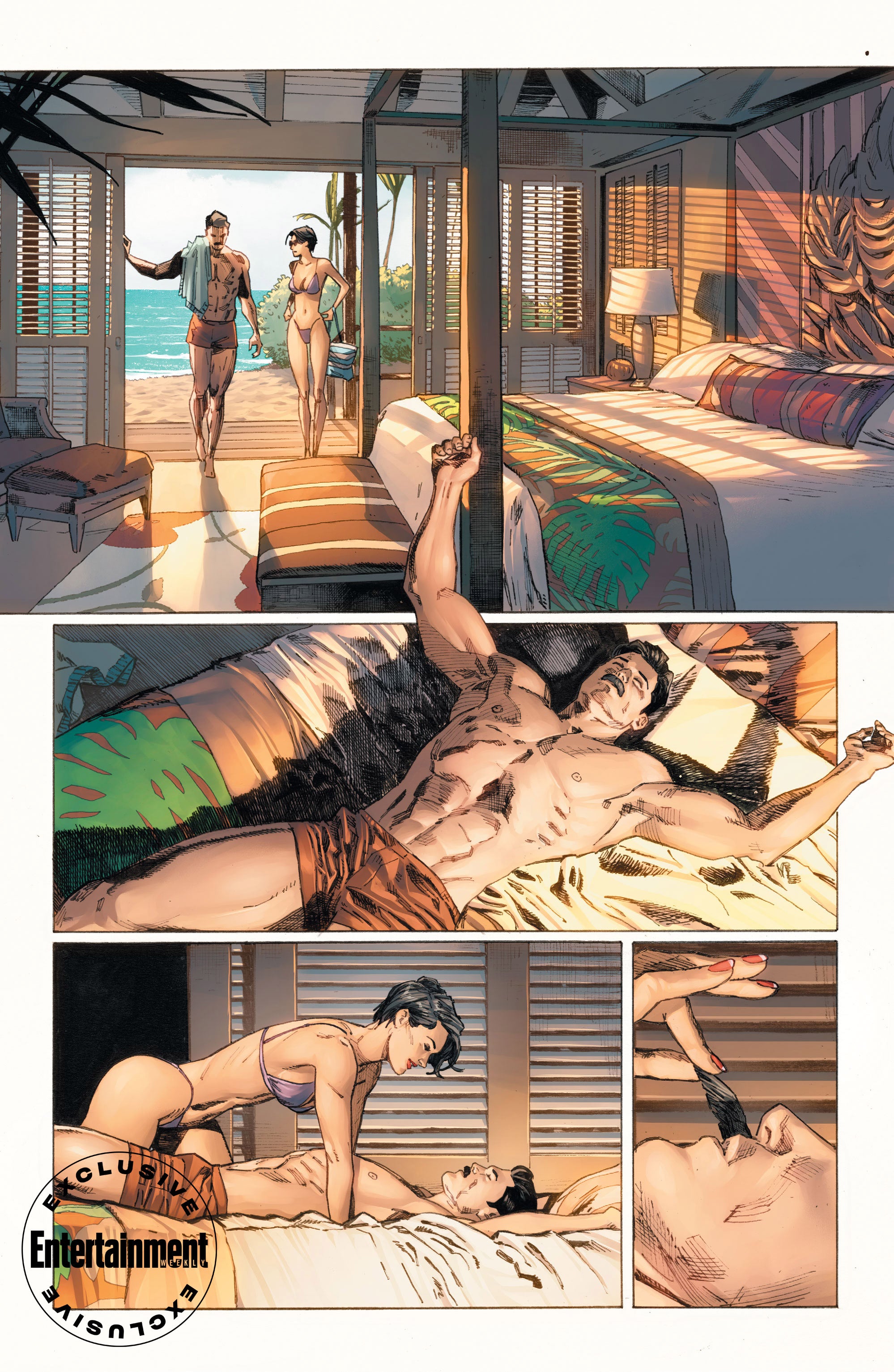 Bat-thirst aside, what really jumps out about Mann’s illustrations is how their sensuality emphasises an aspect of Batman and Catwoman’s interpersonal dynamic, that too-often gets boiled down to “moody hero sometimes flirts with that one criminal he’s fond of letting get away.” Even with a botched marriage behind them, Bruce and Selina are one another’s people with decades of history, drama, and an intense intimacy that’s as physical as it is psychological.

The First Time Batman And Catwoman Really Got Married

Batman's been chasing Catwoman for decades in the various iterations of DC Comics' fictional landscapes, and the attraction between the hero and the thief has been a constant subtext. They're getting married soon in the mainline reality of the DC Universe, but it's happened before, in a story that's a classic.

That kind of bond has to have a very particular kind of energy to it in order to feel real and significant, and in cases with characters like these, that energy sometimes has a decidedly fucky quality to it. Which Mann’s obviously leaning into with a vengeance.