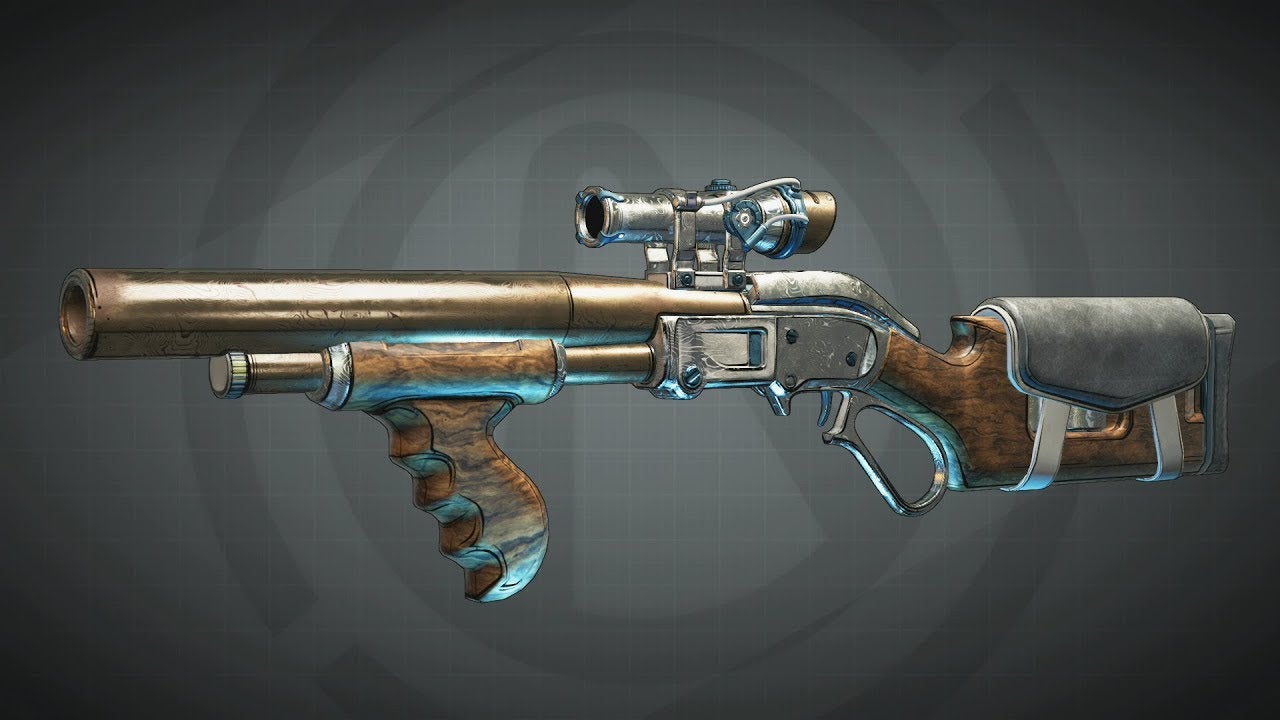 Shotguns in previous Borderlands games could be great weapons to use, but even some of the better shotguns in the game didn’t feel satisfying in a fight. They were loud and did a lot of damage, sure, but they didn’t feel like powerful cannons of death. Borderlands 3 changes this and finally gives the series shotguns that are exciting and feel really powerful.

Shotguns in older Borderlands games were great weapons to pick if you planned to do a lot of close-quarters fighting or if you wanted a weapon to take out fast-moving creatures. If you got a powerful shotgun, you could even one-shot enemies and destroy them. That felt good. But most of the time shotguns just did a lot of damage. You’d see a health bar get lower and that’s basically all the feedback you got from shooting something.

It worked, but it never felt like I was using a powerful 10-chamber-death-cannon. This is honestly a problem most guns had in Borderlands 1, 2 and The Pre-Sequel, but shotguns always stood out to me as needing more oomph.

Shotguns in video games have a long history of being awesome. The shotgun in Doom is one of the best guns in the game and has become an iconic weapon. The shotgun in Halo is incredibly fun to use and feels powerful and dangerous. GB Burford, a friend, and frequent Kotaku contributor, summed up shotguns in video games by saying “A good shotgun makes you feel like a champion, capable of taking on the world.”

Less than 30 minutes into Borderlands 3 I found a shotgun after killing an enemy. I picked it up because I love shotguns in games and also it did more damage than my crappy pistol. But I wasn’t expecting much after playing years of Borderlands games. A moment later some Skags charged me and I fired my new shotgun. To my surprise, one of the Skags I shot flipped over and another flipped back. I felt incredibly powerful at that moment and started using the shotgun in every subsequent encounter.

It’s funny how one small addition can vastly improve something. Adding ragdolls and knockback to shotguns has made them my favourite type of weapon in Borderlands 3. I can blast enemies off tall cliffs. I can knock bigger and tougher enemies off their feet for a few seconds, buying me more time to run up and do more damage. Shotguns add a new tactical option to the combat of Borderlands 3 and I’m so thankful for it.

The shotguns in Borderlands 3 might be some of my favourite shotguns in gaming. This is a huge improvement over what were mostly forgettable weapons in the older games. It is also a nice example of how you can make guns stronger and better without just increasing the damage of the weapon.

Even less damaging shotguns are still fun and useful because they can knock down enemies, stopping charges or slowing crowds. Add in some elemental effects and other abilities and you can easily spend hours running around, blasting everything sky high.

Later on, I found an area on Pandora where enemies would just keep spawning. I ended up spending far too long in that spot, running around and getting kills with my shotgun. One of the enemies dropped a new shotgun and it was even better than my current shotty. I quickly picked it up. I guess I’m starting a shotgun collection. Maybe I can fit them all into one massive shotgun and fire them at a boss? Gearbox, if you are reading this, take that idea for free.