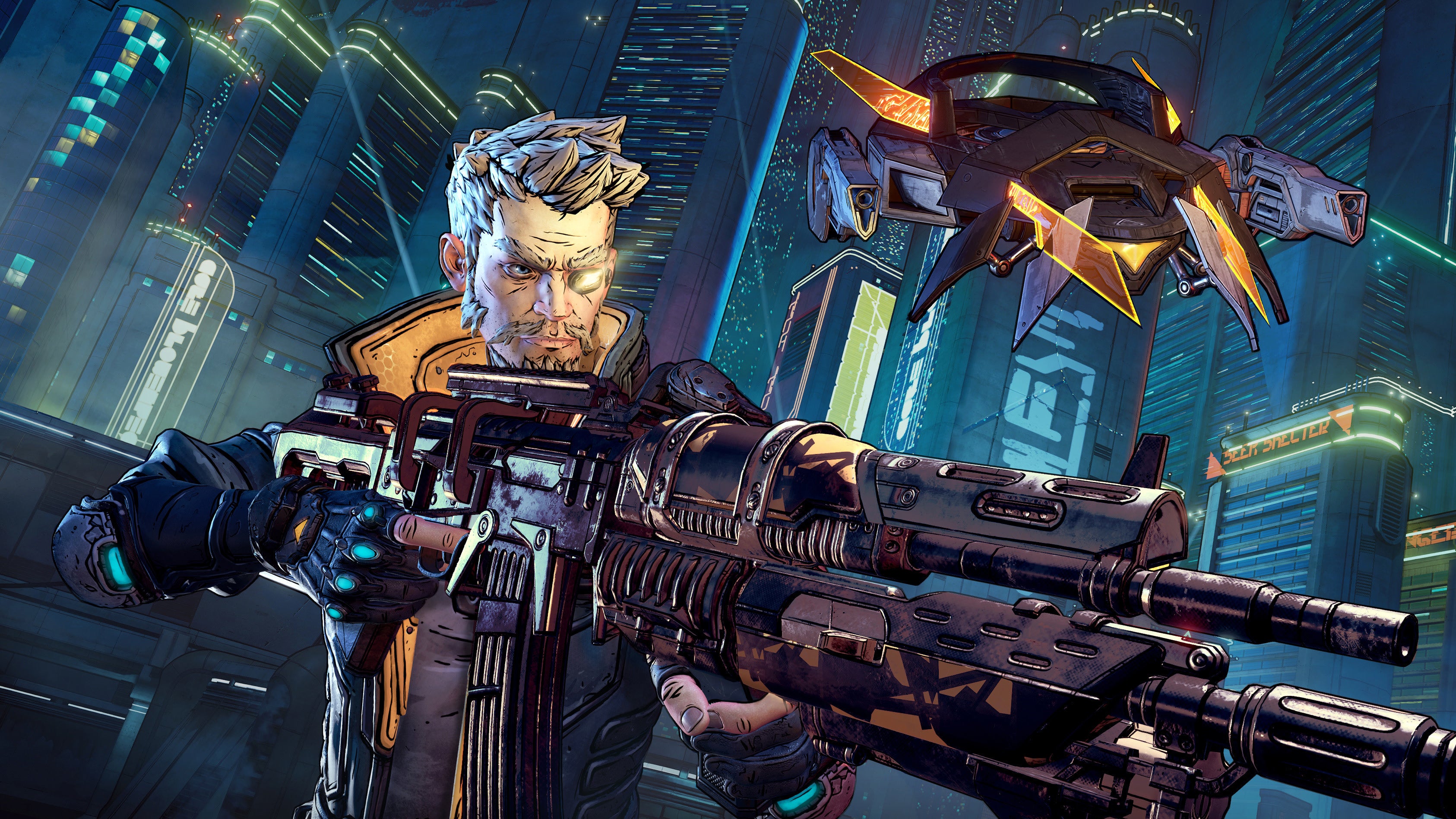 Some Borderlands 3 players believe that one member of the game’s roster of four playable characters is a bit of a lemon. It turns out that Zane, the Operative, is kind of a lousy performer when it comes to surviving Borderlands 3’s toughest post-game challenges. These problems don’t become clear until you reach the endgame, and by then, it’s already too late.

Nearly two weeks after Borderlands 3 was released, many players are deep into the endgame, and some of them have been a bit frustrated by Zane’s high-level play. While he’s far from unuseable, his shortcomings have already become a bit of a meme, with players posting at length about how he seems to stack up poorly compared to the other three Vault Hunters.

Granted, the game is two weeks old, and not everything is going to be perfectly balanced to everyone’s satisfaction. Still, Zane is an interesting case.

A lot of what players say makes Zane a subpar choice in the endgame are, unfortunately, the same things that make him so interesting in an initial playthrough. He’s the only character who can equip two action skills at once, and each of the three skills he can choose from seem pretty useful, at least in the first go-round. There’s a barrier he can deploy for cover (that can be upgraded to become a dome and buff allies), a drone, and a Digi-Clone decoy that fires at enemies and can also switch places with Zane at the press of a button.

This assortment of skills makes Zane a good choice for a tactically-minded player. The problem is that Borderlands 3 isn’t much of tactically-minded game, and the other three characters have an assortment of skills more inclined to dealing a lot of damage in very little time. This means Zane is both an oddball better suited for an entirely different game and, long-term, a liability with no real power-play to deal heavy damage to a boss or save their teammates from a mob of enemies.

Intrepid Borderlands 3 players are finding ways to make Zane work despite his skillset. YouTuber RyanCentral has a great build that emphasises speed and kills, one that Forbes’ Paul Tassi has also replicated with success. There are also build guides on RockPaperShotgun that take advantage of the character’s versatility. Zane isn’t a lost cause.

The problem is that other characters have builds that are so good it feels like cheating, which is the platonic ideal of a Borderlands character. Right now, one of the most popular builds in the game centres on FL4K, the robot beastmaster, and exploiting their skill trees’ various ways to multiply the amount of critical damage dealt. Seeing it in action is truly insane.

Borderlands 3 does not make it that easy to change characters. You’re pretty much locked into your choice for the additional modes following the main campaign, which are new game plus (dubbed True Vault Hunter Mode) or Mayhem mode, the latter of which offers three tiers of increased difficulty for running bosses and sidequests post-game.

You could start up another character in True Vault Hunter Mode and level them faster with the increased rewards doled out, but you’re still starting from level 1. Also, starting a True Vault Hunter run with whatever character you beat the campaign with lets you skip the slow tutorial mission while letting you keep your skills, gear, and current level. So why can’t I just roll a new level 30 character for my second playthrough? (This is the same thing previous Borderlands games did; it’s just too bad that the latest instalment hasn’t improved on this.)

As someone who chose Zane as my main, I’m feeling a little burned. I’m pretty interested in the the game’s wealth of endgame content and extensive post-release plans. Tonal issues aside, it’s nice to play a loot shooter that feels like it’s completely busted in your favour.

Playing as Zane doesn’t seem like it’s going to give me that experience, though. I’m not levelled high enough to have anything close to a good endgame build for him yet, but I’m already starting to feel the pinch. Zane just isn’t good at surviving, or dealing enough high-impact damage to make boss fights feel like less of a gruelling experience. I want to feel like a superhero, but mostly I feel like a chump.

Here’s hoping Borderlands 3 gets something akin to Diablo 3’s Adventure Mode, where you can just roll a character and run whatever challenges you want. In the meantime, I guess I’ll try my hand at playing as Amara, all the way back at level 1.