Bandai Namco’s anime vampire apocalypse adventure Code Vein is clearly meant to be a Dark Souls-style joint. It’s got that signature slower, methodical combat and massive, challenging bosses. Hell, it’s even got a Souls-like currency that can be lost when a player meets their untimely end. But Code Vein also has hot anime AI partners, a homey headquarters with a fully stocked bar and working jukebox, and a relaxing hot springs to help drain what little tension the game manages to muster.

For a game about vampiric revenants battling over dwindling blood supplies at the end of the world, Code Vein is surprisingly laid back. During the game’s early moments, following my apocalpytic bloodsucker’s awakening from an incredibly robust character creator, things look pretty grim.

My character, with no memory of her life, finds herself enslaved by a group of revenants who plan on using her to harvest blood bulbs from blood trees. Fortunately, however, her first mission ends with her encountering Louis, a friendly vampire determined to find a way for humans and revenants to live in peace and harmony. 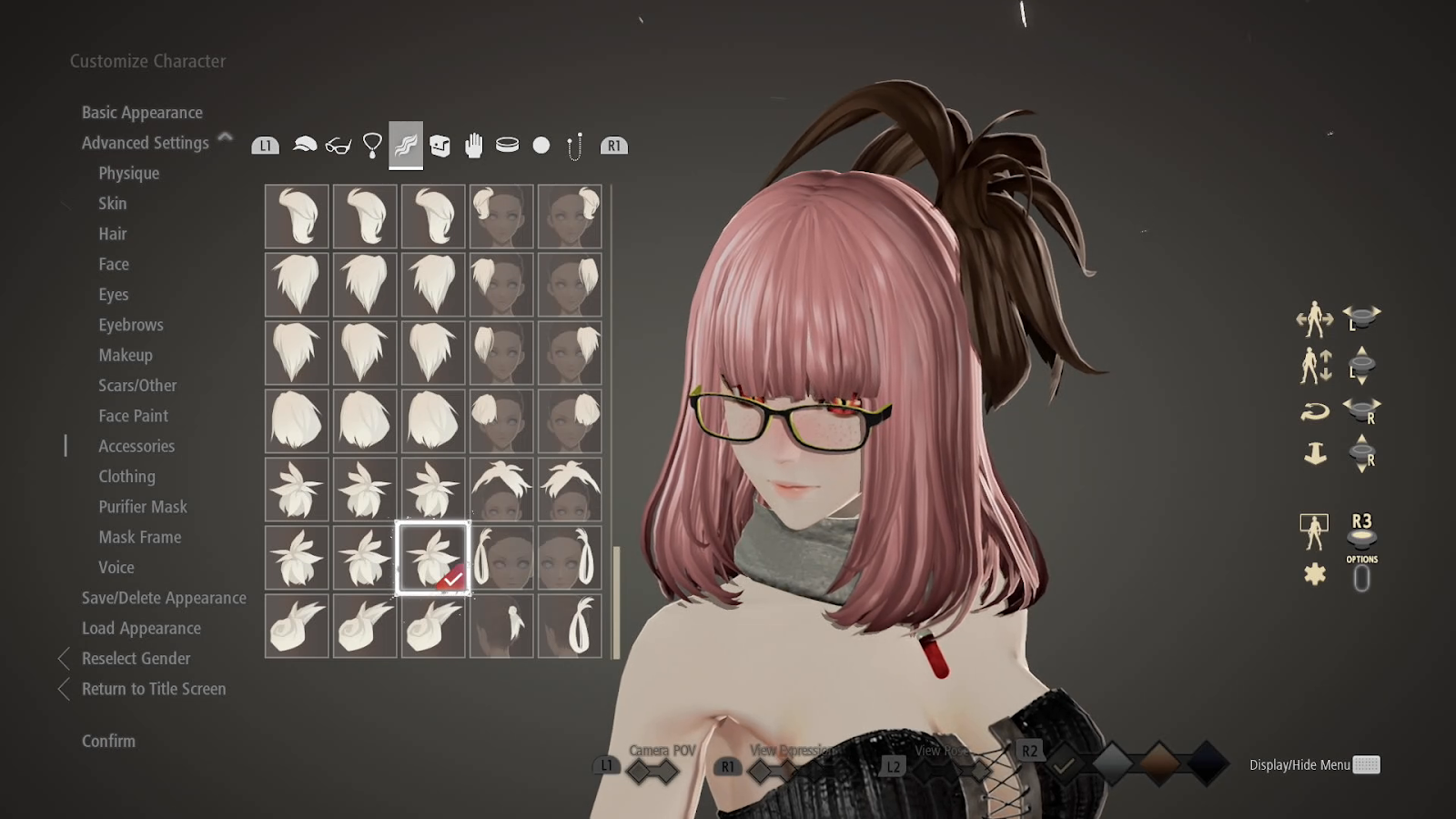 There is an obscene amount of character creation in this game.

Louis is researching the strange blood bulb-producing plants that have been popping up, hoping that by discovering their source he can tap into an endless, cruelty-free food supply. How fortunate! In a world filled with scavengers desperate to survive and infested with The Lost, twisted, feral creatures who were once human before surrendering to their endless thirst, we run into the one guy trying to make things right. We’re the luckiest revenants ever.

Louis and his cadre of like-minded vampire pals are a big part of why Code Vein feels so safe to me. Almost immediately, the game lets me know that I don’t have to go it alone. Whenever I’m out exploring the deep caves or ruined cityscapes, Louis or one of his friends tags along. They fight by my side. Hell, sometimes they fight for me. 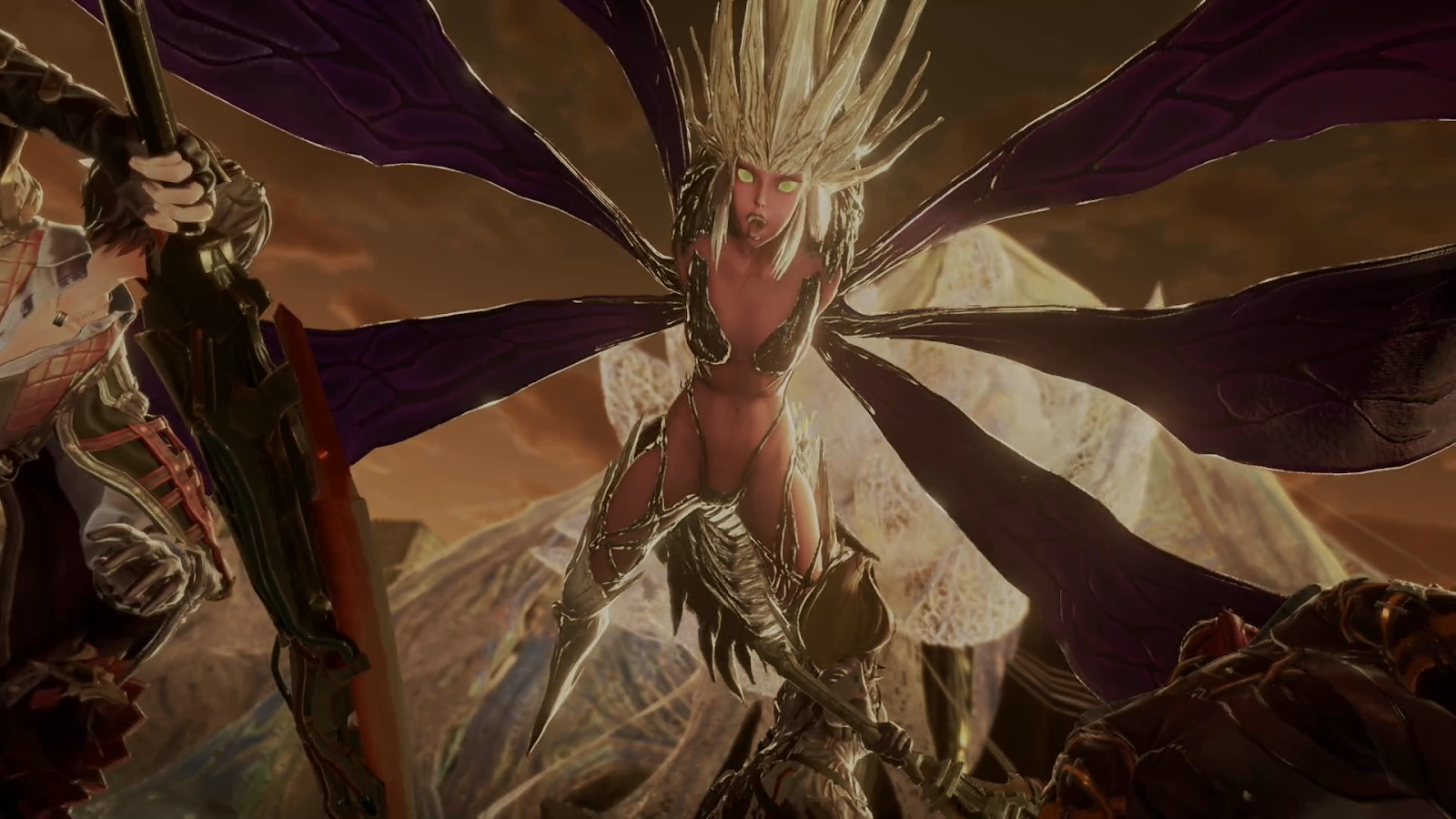 Take one of the game’s earlier bosses, the Butterfly of Delirium. She’s a scantily clad anime woman in the front, a weird lizard thing in the back, and she was giving me a hell of a time. I’d fight her, die, and respawn a few enemies away at the “Mistle,” Code Vein’s version of a campfire. Then I’d hop into the game’s menu, fiddling with my character’s weapon and skill loadout. Maybe change the “Blood Code” or character job I was using. I’d head back to Madame Butterfly, run out of healing items in mid-battle, miss a dodge and get poisoned and die.

I repeated this process several times. Sometimes I’d farm “Haze” (read: Souls) to upgrade my weapons or unlock new abilities. Mistle comes in incredibly handy, as every time the player rests all the nearby monsters respawn.

There’s a Mistle located in an abandoned parking garage just down the ramp from a large enemy that drops valuable items. I like to pop over there and do some farming. It also helps that I can teleport back to home base at any point, sell some gear, buy some power-ups, and maybe listen to a little music before charging back into the fray. 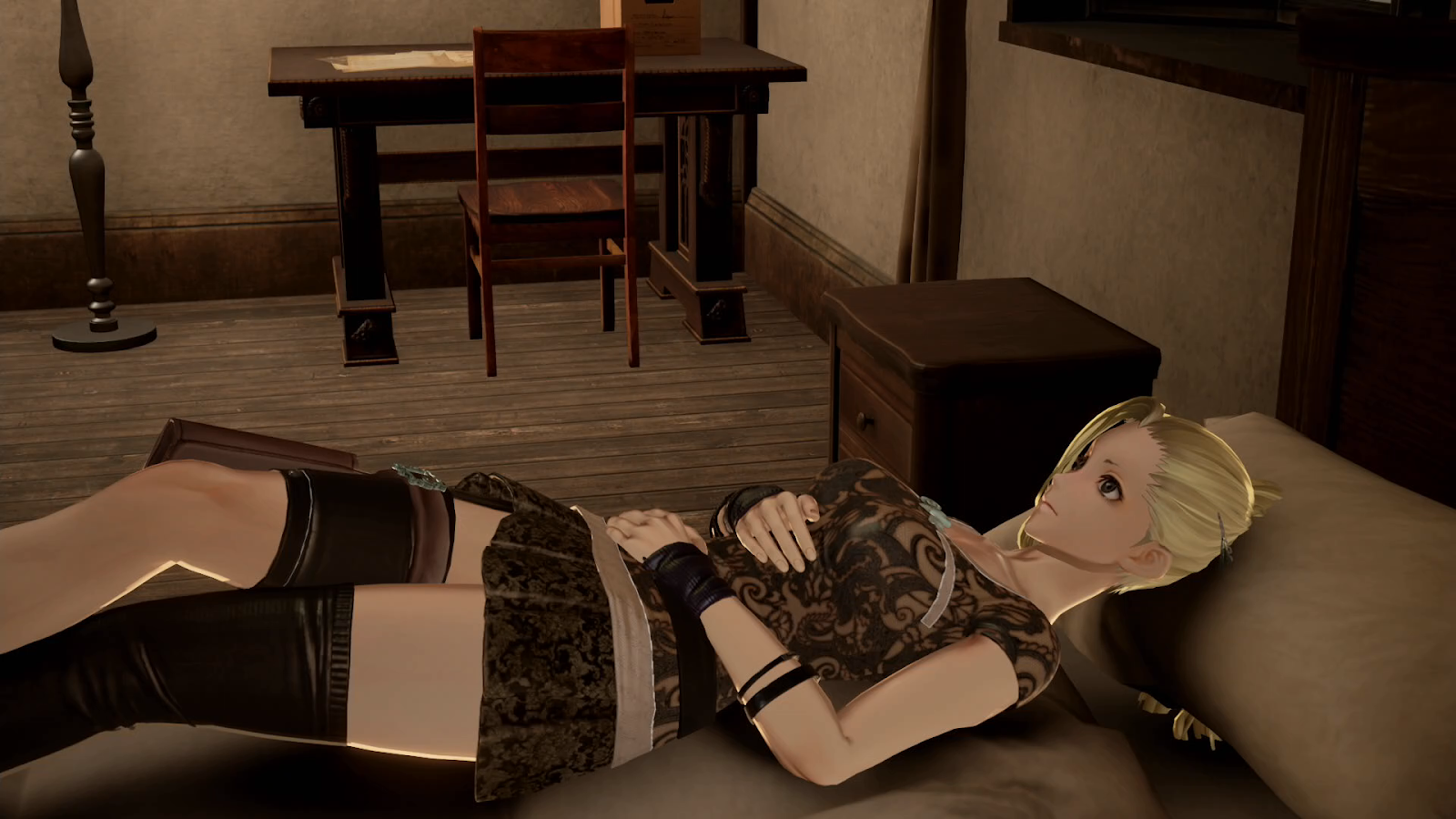 “I wonder how I am going to kill that butterfly thing,” my character thinks as she reclines in her comfy bed back at home base.

After several painful deaths at the wings and poison clouds of the Butterfly of Delirium, here’s the strategy that finally worked: I dodged. I spent the entire battle dodging her attacks, resisting the urge to charge in and get a few whacks with my broadsword or perform a special ichor-draining attack to reload my ichor-powered rifle.

Instead, I just let my AI-controlled companion kill the damn boss. Louis wasn’t quite cutting it, so I switched to Yakumo, Louis’s hotter, red-headed friend. His massive sword did all the work. I didn’t even both casting any shared buffs. Didn’t want to make the boss mad. 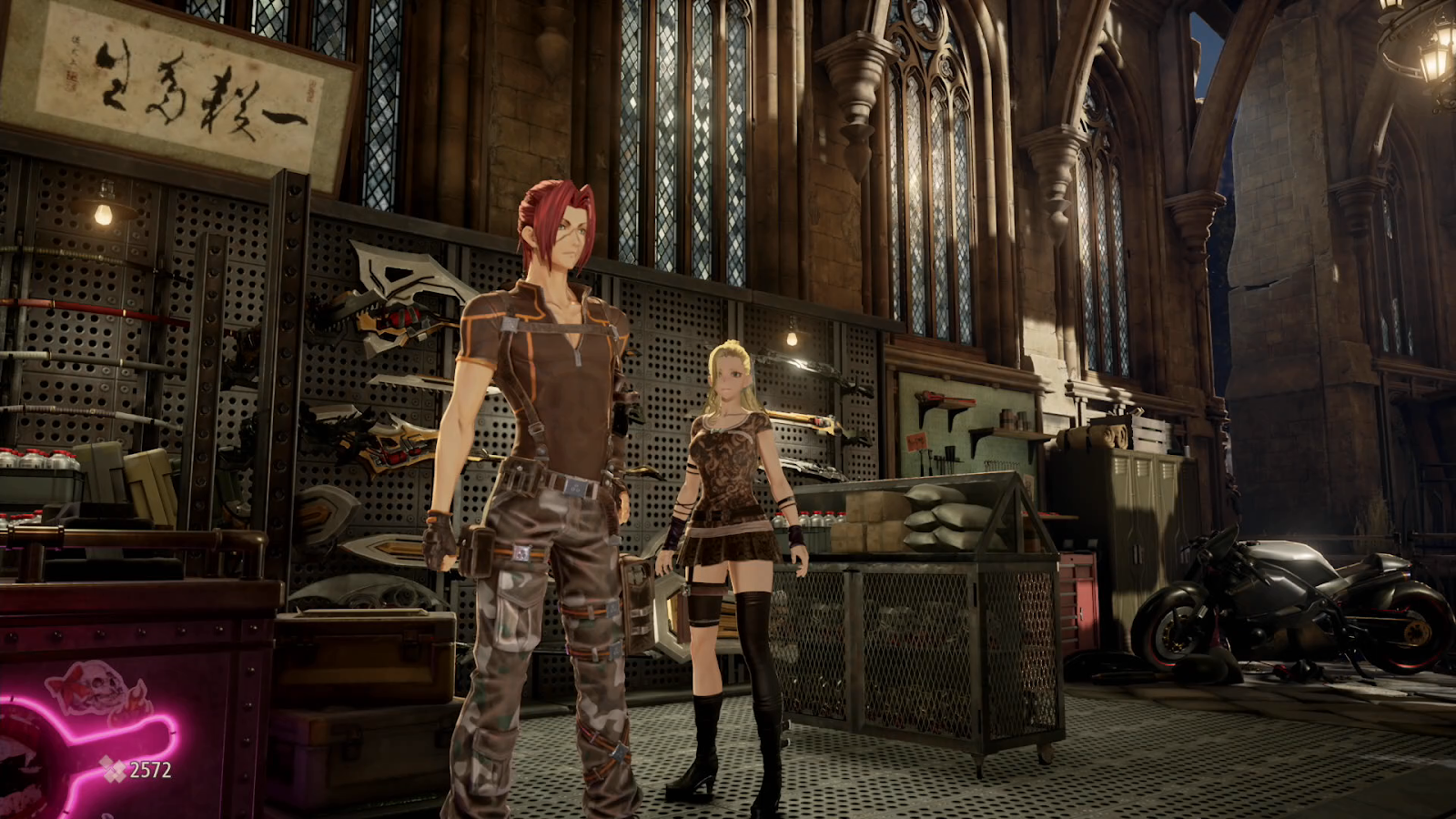 Kotaku’s Heather Alexandra participated in Code Vein’s network test earlier this year and complained that calling additional players into battle trivialises boss battle. I’m playing pre-release — the game launches for PC, PlayStation 4 and Xbox One tomorrow — so I’ve not been able to find other real people to play with, but so far the AI companions are doing a fine job of trivialising combat without human help. Outside of the Butterfly battle, the only real challenge I’ve faced are Trials of Blood, special in-game events where hordes of The Lost swarm the player and their partner, attempting to overwhelm them with sheer numbers.

Code Vein isn’t a very challenging game, and I don’t mind at all. It’s all about unlocking that next Mistle and regularly spending Haze on levelling up your character and unlocking skills. Initially I was worried it would be another dark and dreary Souls-like game, dulling its anime vampire edge with plodding, brutish combat. Instead, it’s this weird sort of Souls-like playground, where players are free to experiment with new weapon combinations and Blood Code builds without worrying too much about losing progress or getting overly frustrated or being challenged in any meaningful way.

Hell, I spent an hour grinding to gather enough Haze to unlock and master some abilities from the Hunter and Ranger Blood Codes to help me find items and make enemies show up on radar. I had no plan. They just sounded like cool skills, and this is the sort of game where I can spend hours acquiring cool skills and then more hours creating loadouts of said skills and figuring out which combination of blades, guns, and magic spells are best at making an easy job even easier. 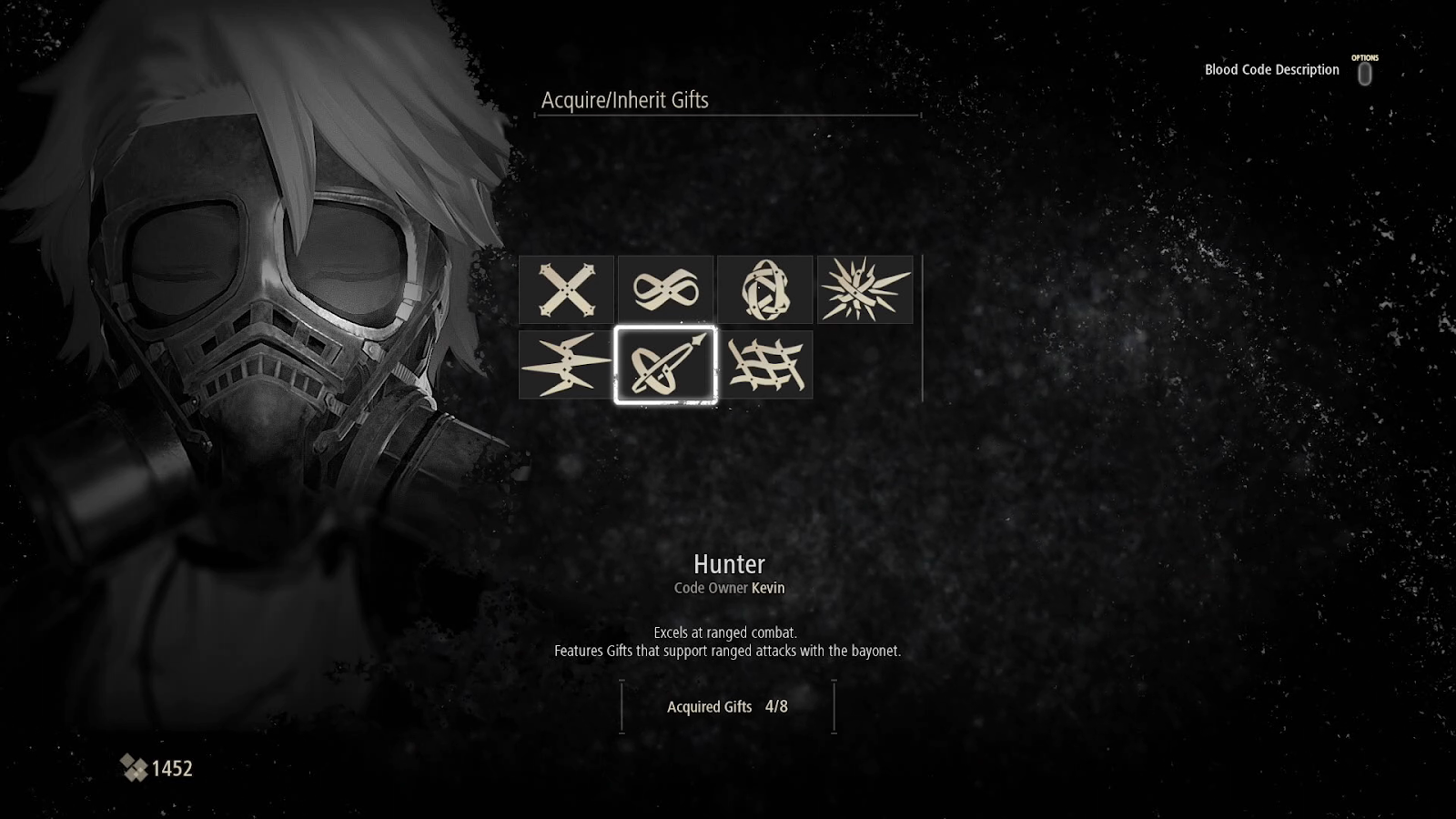 Collecting Blood Codes is like collecting job classes, only edgier.

It’s those sorts of game mechanics that will keep me coming back once Code Vein goes live. I’m not particularly interested in the game’s story, as I’ve already gotten my fill of “hot anime people at the end of the world” from Astral Chain on the Nintendo Switch. The post-apocalyptic world is pretty in many places but plain in many others. 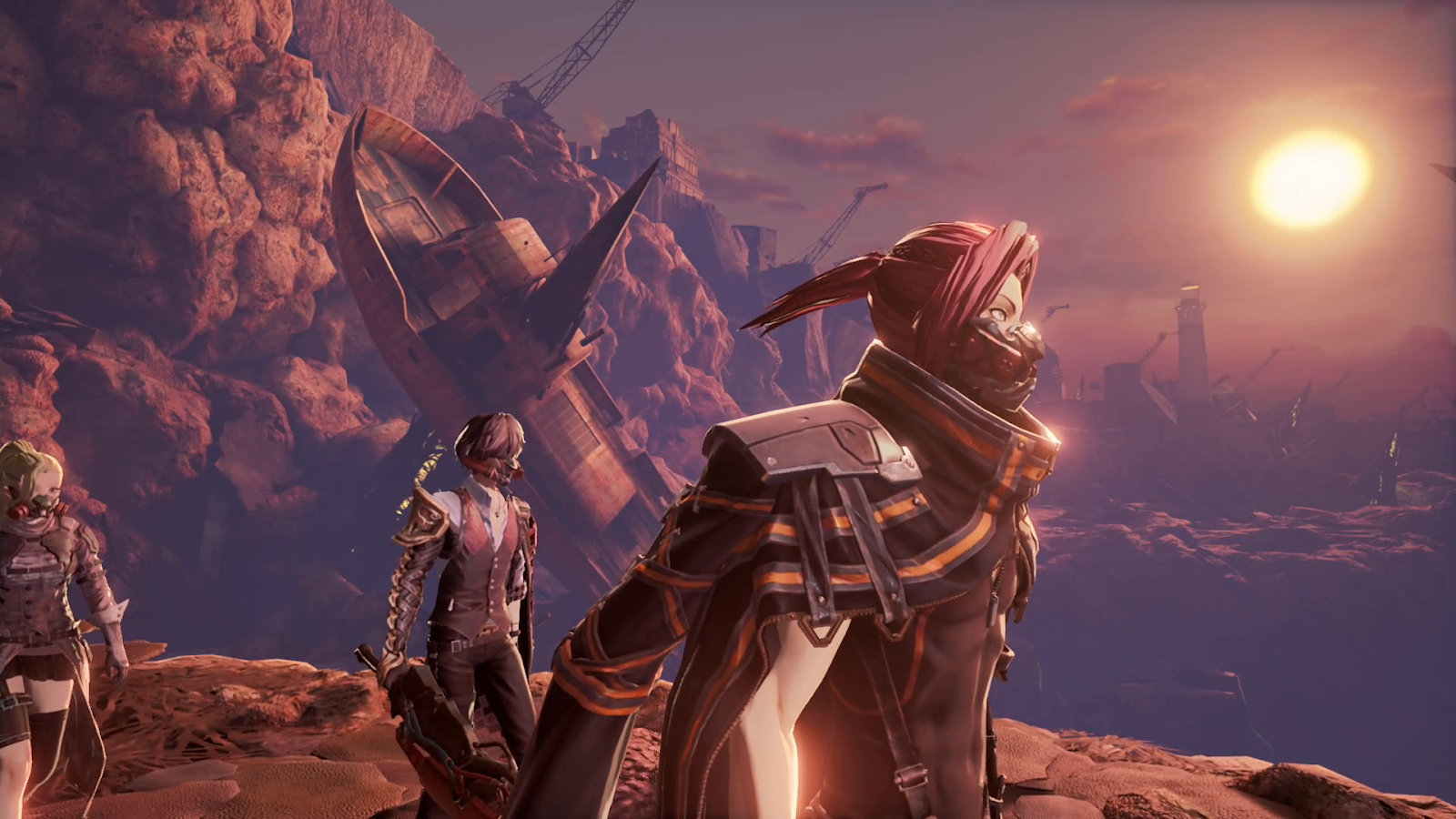 Nah, I’m here for teams of players gathering online and completely fucking this shit up. My NPC friends and I can do an awful lot of damage to the dark denizens of Code Vein’s crumbling society. I can’t wait to see the sort of carnage real players can summon. I am here for that. 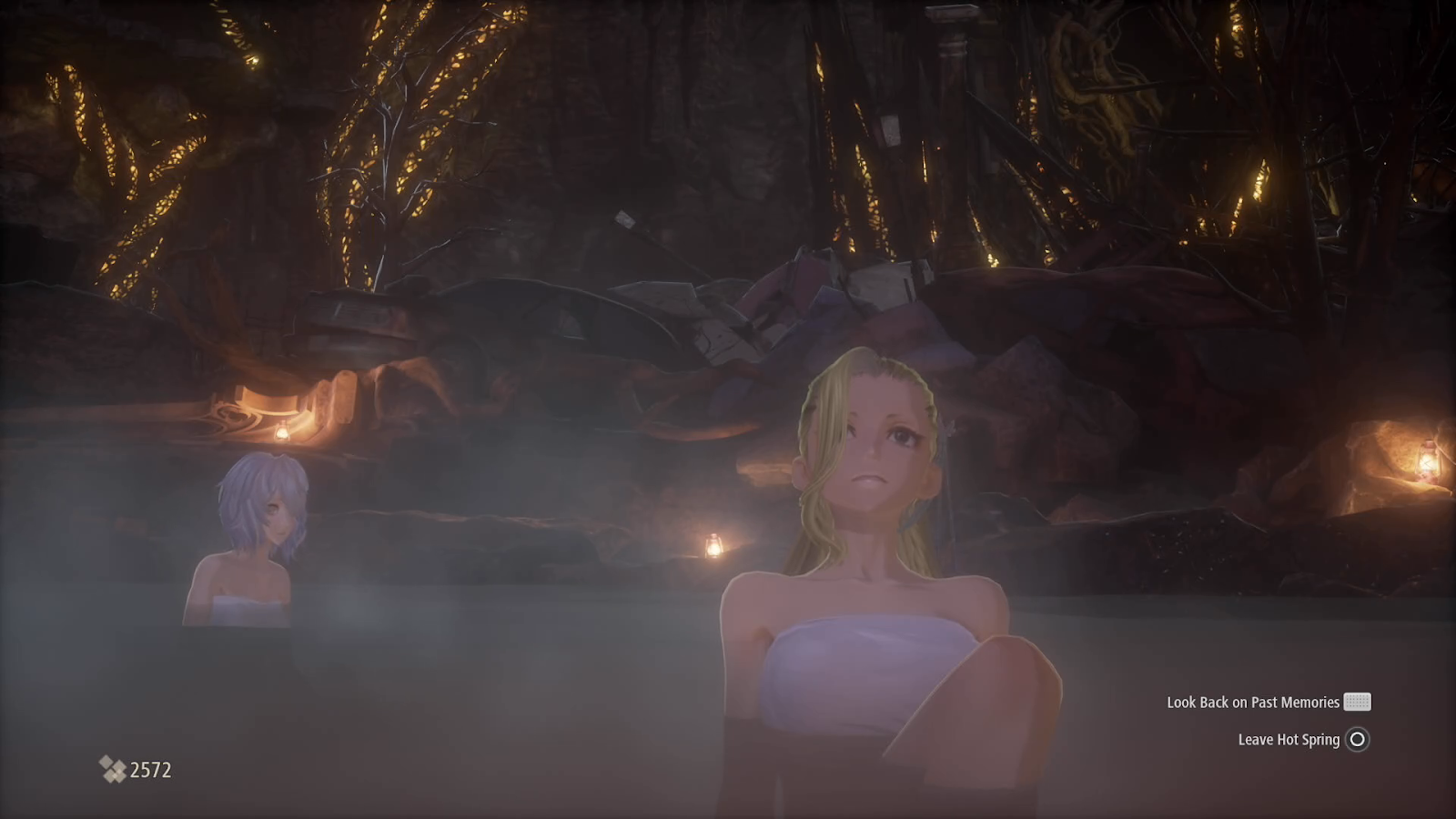 And maybe the random hot springs.