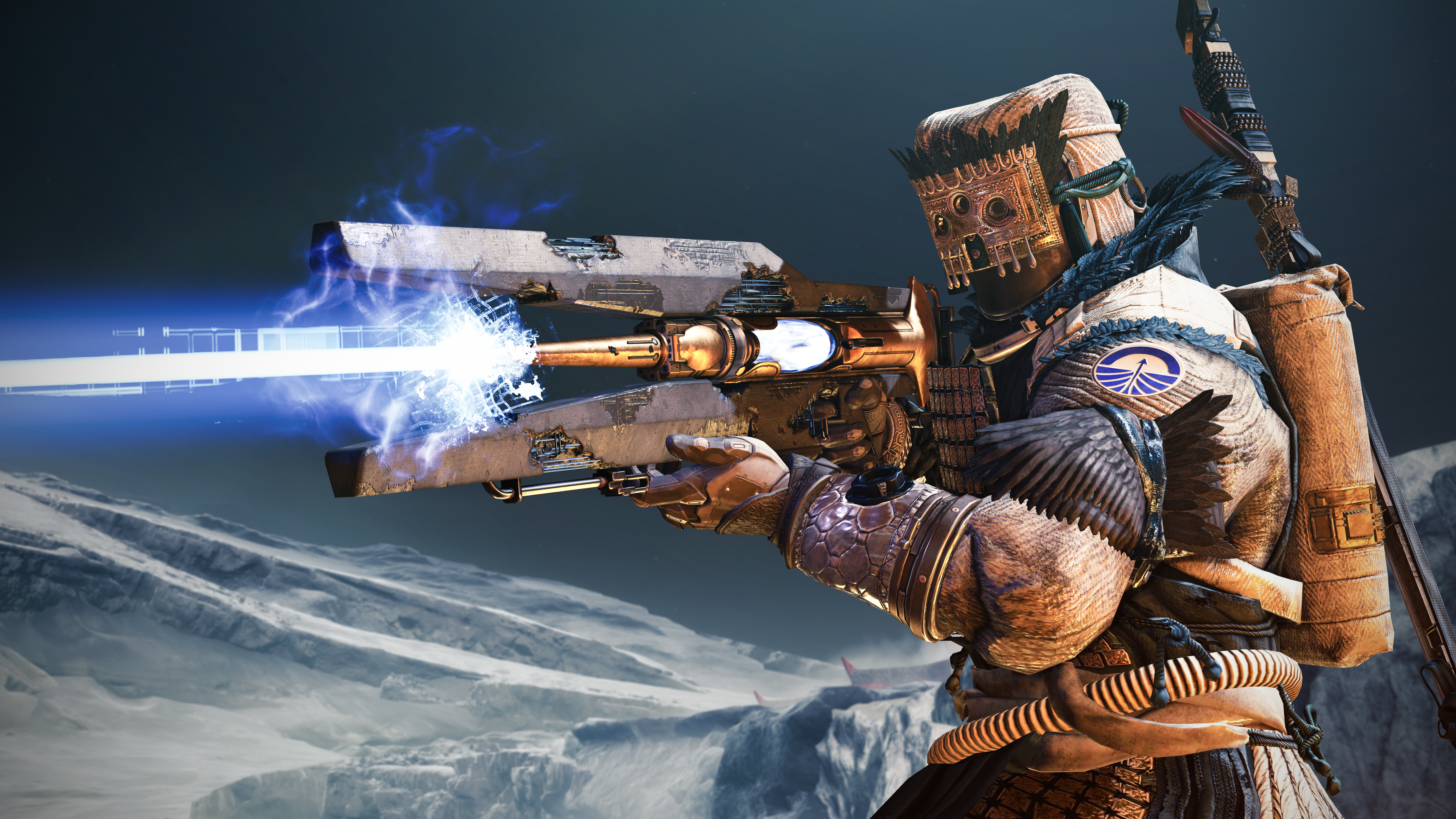 Let me tell you about some pants. They’re a soft sort of charcoal, not really grey, not really black, straight cut, good with sneakers or dress shoes, relaxed but not too relaxed. They’re good pants; I know this because two people complimented them on the same day. This makes me a style king, or at the very least a style duke.

But in Destiny 2, a video game where you can shop for lots of pants by shooting aliens in the face, no one is complimenting me. Because I play a Warlock, and Warlock fashion kind of sucks right now.

It wasn’t always this way. When Destiny 2 launched in 2017, bringing a whole new slate of gear with it, things looked pretty cool. You know how every six months some style magazines say “this season we’re throwing out all the rules” for whatever hot new trend is hitting the runway? (It’s a thing, trust me.) It was like that. And then it got … really boring.

I am not the only one who thinks this. Destiny players regularly complain about how washed Warlocks look in this game, with unimaginative robes that also hide whatever fresh kicks you’re wearing and “bonds” that look like iPhone exercise bands.

Few Warlocks are out there feelin’ very saucy. Other Destiny players have to look at my Guardian, and most days I feel bad for them. Have you seen the Warlock’s Thorium Holt armour? It’s exclusive to PlayStation, and when you look at it, it’s pretty easy to see why: It looks like you’re wearing a PlayStation. The first one. 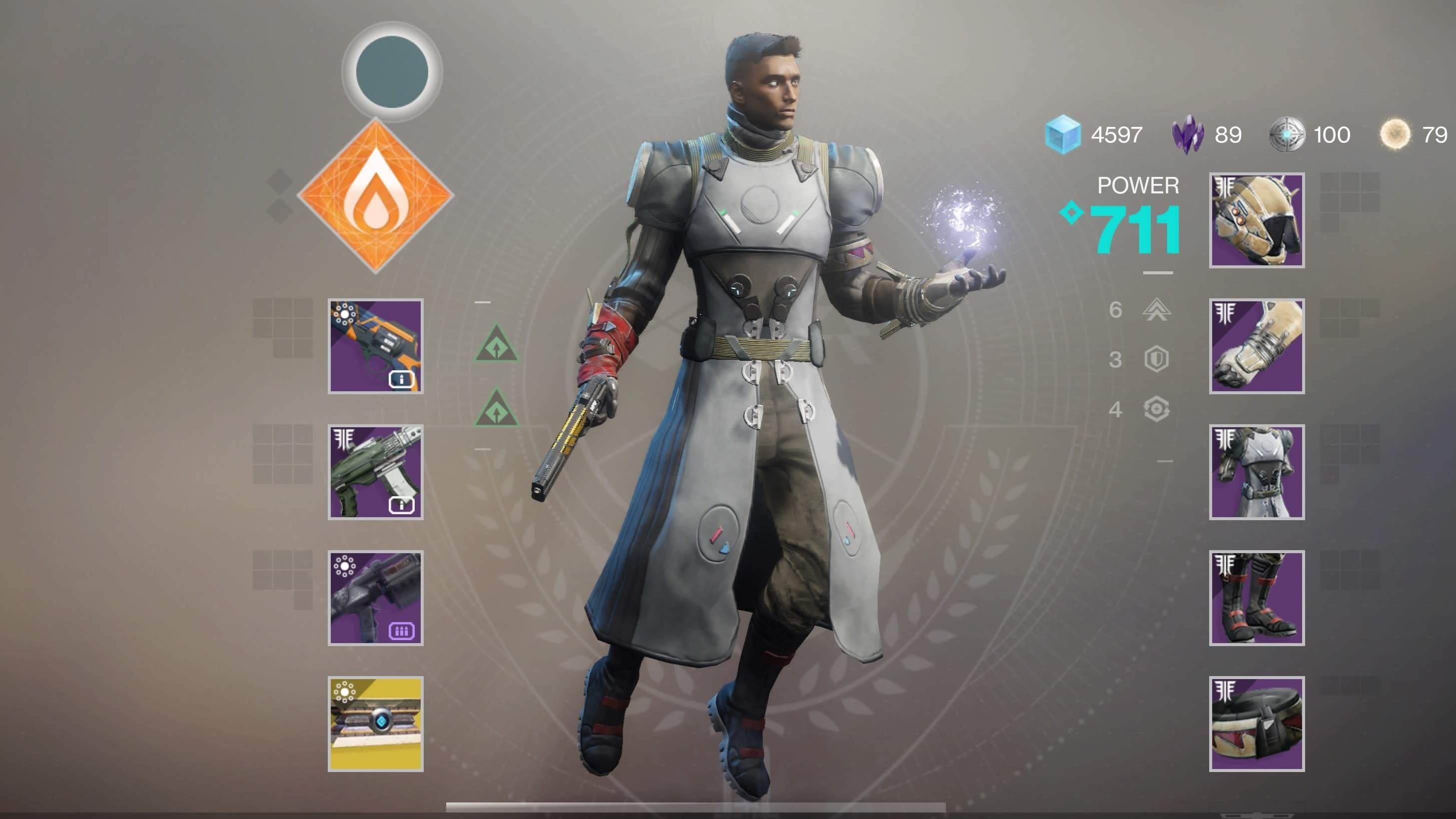 Within the community, a common response to this frequent Warlock complaint is that armour is kind of unimpressive across the board in Destiny 2 when compared to the first Destiny, and sure. I get it. We’re all trying to survive out here. But intersectionality is important, and if Warlocks start to look cooler, so will everyone else. A rising tide lifts all ships.

I don’t want much, really. Mostly just variety. Looking “cool” is a subjective thing based on whatever you think accentuates a person’s sense of confidence in an enviable way. In real life, “cool” depends about as much on the wearer as much as what as worn, but in Destiny, where everyone moves like coked-out hamsters with enough firepower to level a small nation, attitude is out of the mix entirely.

You can focus purely on aesthetics, and they can get outrageous or muted. I just don’t know if Destiny really knows how to move beyond its initial Warlock mandate: “robes are cool.” 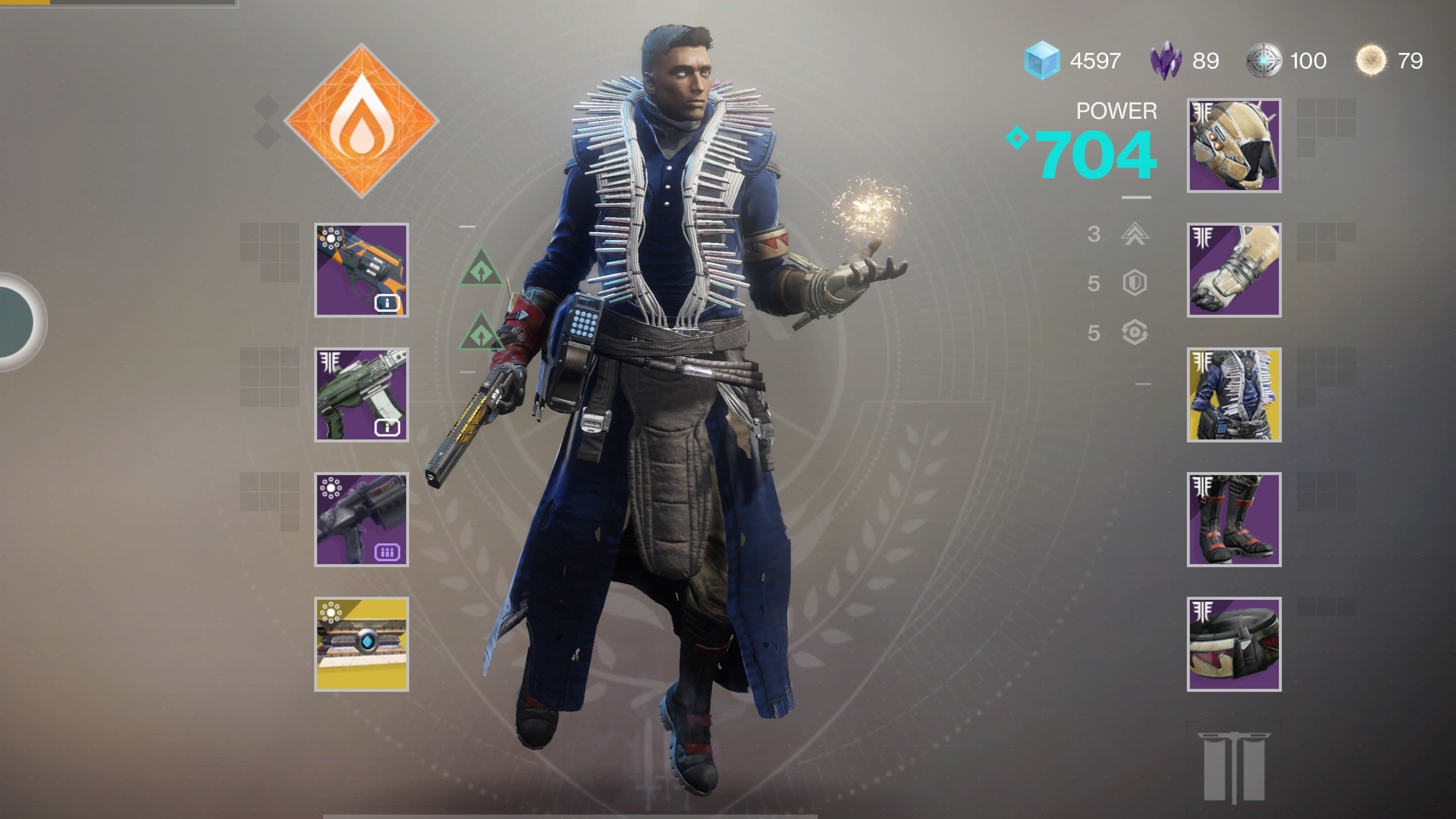 What, exactly, is going on here? Explicame este bufanda.

Generally speaking, I think most science fiction, regardless of the medium it’s in, is bad at fashion. The scene is just too indebted to the robed space wizards of Star Wars and the militarist/corporate futures of Alien or Battlestar Galactica. It’s robes and military gear all the way down. In space, no one hears a Supreme drop.

It doesn’t help that Destiny is structured in a way that can make it hard to really feel good about anything you’re wearing unless you’re a dedicated player. The way I play Destiny — mostly solo, mostly without raiding — I tend to end up on the lower end of the power curve, with gear just good enough to participate in most activities, but weak enough that I’m continually finding better stuff. This means I don’t have any real builds beyond picking whatever gear I currently have that’s best suited for the activity I’m about to start.

Because of this, my Guardian’s style is best described as “getting by.” I don’t bother with shaders to change the colour scheme on any gear because I’ll almost certainly be moving on to something else within a week.

Unless of course, I get something with a hideous default colour scheme that I cannot bear to look at, like my current hand cannon of choice, Service Revolver. That default orange and blue colour scheme? Sorry, fellow ‘Cuse fans, it’s got to go.

When it comes to role-playing games and the games inspired by them, this is to be expected. As your character levels up, you’re continually rewarded with more powerful skills and gear, which tickles your lizard brain and also encourages you to experiment with weapons and skills you might not otherwise touch. It’s understood that your appearance might not be ideal, but it’s ok—you’re levelling. It’s not going to last long. 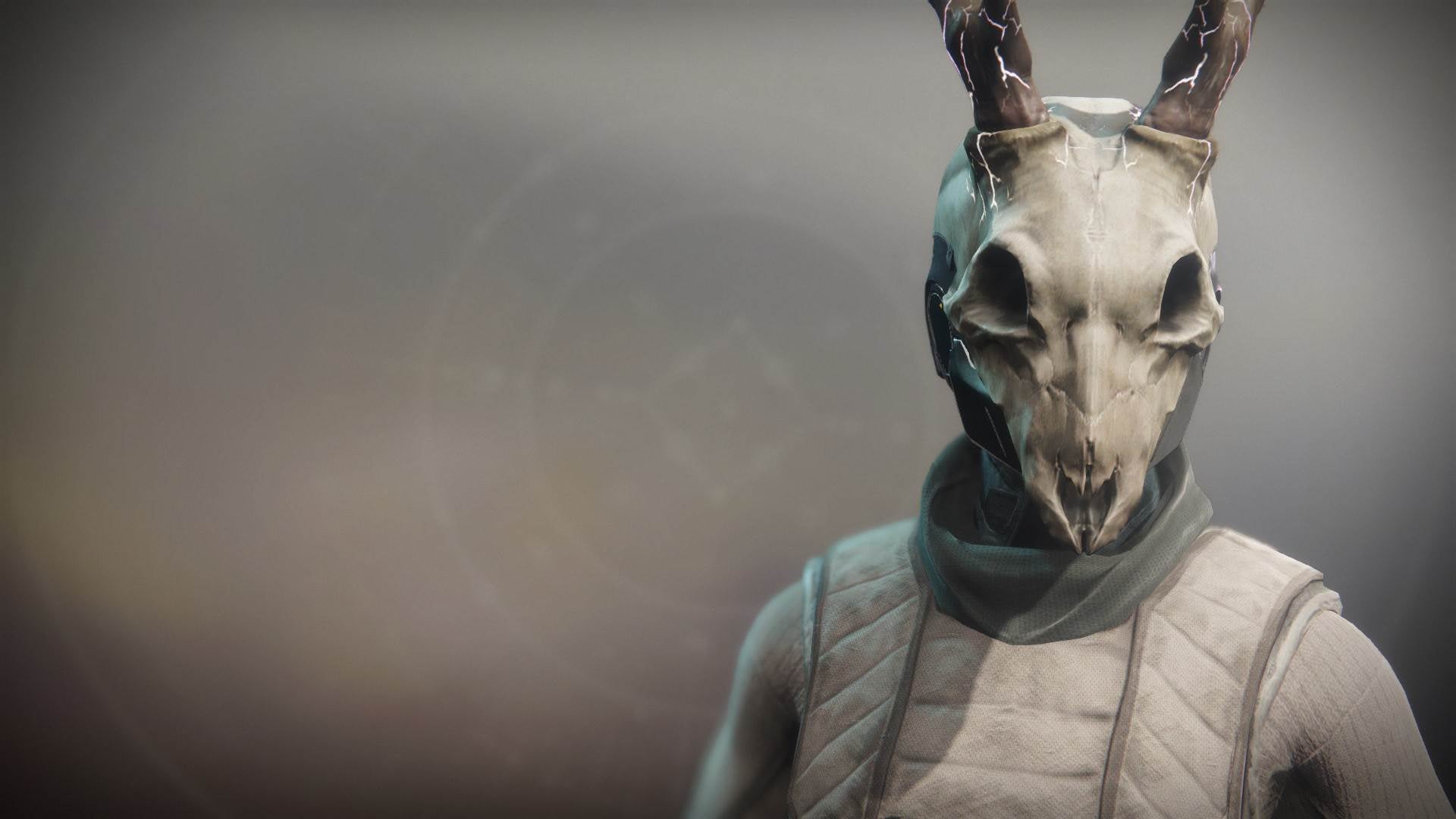 Any of you watch that show Riverdale?

Then in the “endgame,” you have a good sense of what you like, and you can work towards achieving the most perfect version of your character, optimised to make them better at all the things you like doing. But in live-service games like Destiny 2, you can find yourself like me, “levelling” indefinitely as the game keeps growing and adding new things to do with more powerful gear to reward you with.

It’s hard to focus on fashion when you’re just trying to keep up, but also frustrating, because I’d like to look cool, and I do not look cool.

I am aware that Destiny allows you to “infuse” armour, letting you use new high-power armour you don’t want to boost the old armour that you do. The problem here is that it is too expensive to do regularly, requiring a host of materials that, given recent changes to Destiny’s economy, are now in short supply. Besides, if I’m infusing anything in this game, I’m infusing weapons, which are far more useful to keep up-to-date.

There’s reason to believe that the forthcoming Shadowkeep expansion will help in this regard, but also reason to believe it will not. On the one hand, the new “Armour 2.0” plan seeks to divorce cosmetics from performance, which is good for players in my position.

On the other hand, cosmetics are the stock and trade of the game’s microtransaction-fuelled Eververse Store, and it’s easy to imagine a future where the coolest looks are mostly obtained by the people who pay for them.

The planned changes to the Eververse store seem to hint at this, since once Shadowkeep drops, all armour sold there will become “universal ornaments” applicable to any Legendary piece of armour in the game. Currently, the store’s armour is tied to character class and comes with its own set of perks (their power level is determined by what you choose to infuse them with). Like this set, which you can purchase now if you want to look like a Wild Thornberry. 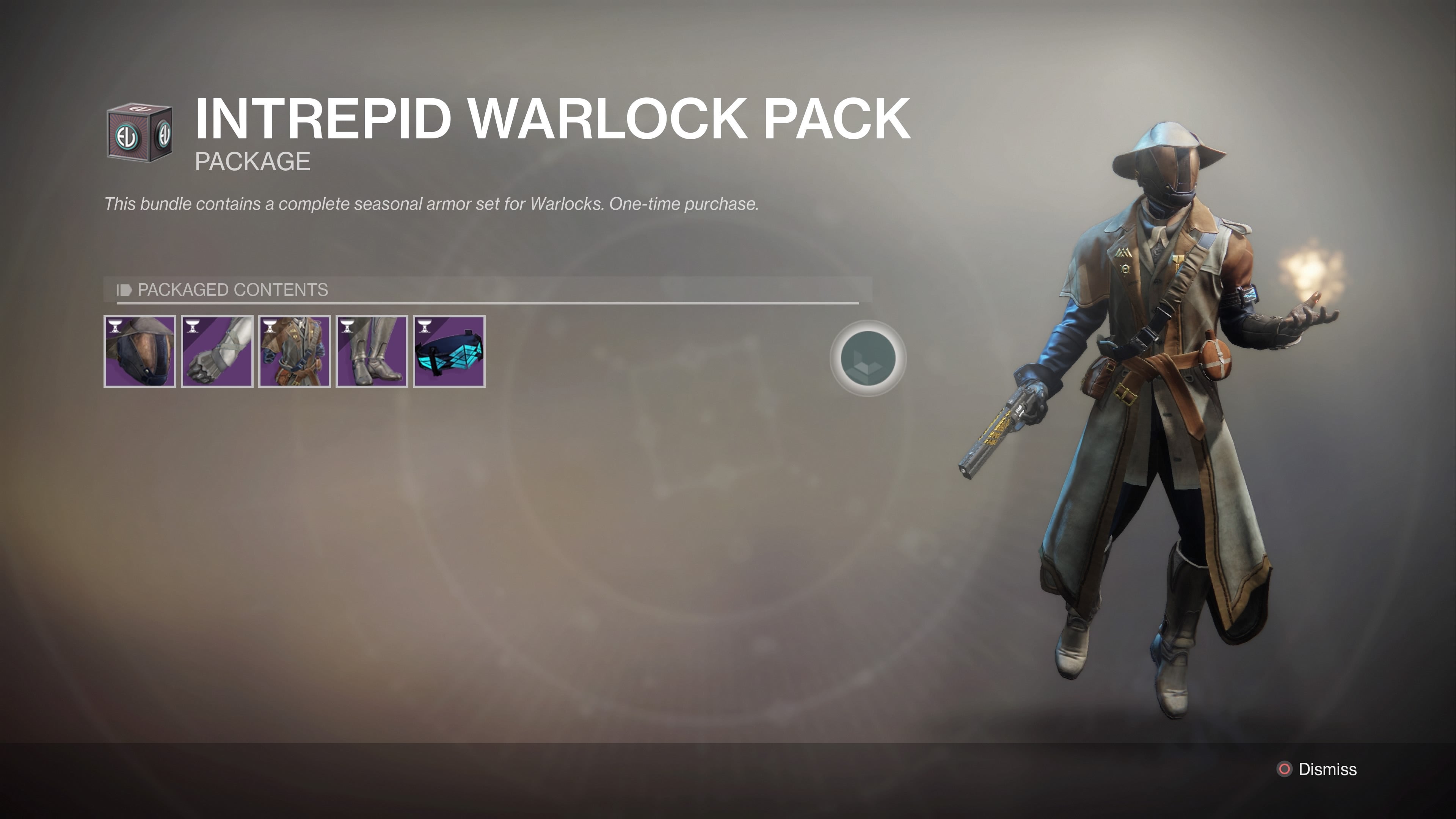 There’s no way this is going to get as many compliments as my very cool pants.