There is no formula for surefire success on Steam, but there are at least some commonalities among games that pull ahead of the rest of the 30,000-strong pack. A big name. Roguelite elements. Survival. Multiplayer. Hundreds of hours of content. Frog Detective, a game about a detective who is also a frog, has none of those things. It is nonetheless beloved on Steam and is now getting a sequel. Or six.

The first Frog Detective, which came out last November, was a brief adventure in which players met a cast of quirky characters, looked at things with a magnifying glass, and collected items en route to solving the mystery of a haunted island.

Largely, though, it was a vehicle for oddball dialogue and general absurdity. When the game’s creator, Grace Bruxner, released it onto Steam, her hopes were not high.

“I was a bit nervous,” she told Kotaku during an interview at PAX over the weekend. “I always put my games on Itch.io—like, every other game that I’ve made. I was nervous to put Frog Detective up on Steam because I figured my games wouldn’t hit the core mainstream gamer audience. I was worried that people who played it would have a really bad reaction to it because it was so short, it didn’t have any gameplay, and so on.”

To her surprise, hundreds of positive reviews poured in, and she had a minor hit on her hands. All this for a game she made part-time with her partner while in university. She’s still not entirely sure how it happened, but she has some theories. Like any good detective (who is also a frog), she did her homework. She believes that helped the game swim like a frog (who is also a detective), rather than sink like someone who is not a frog (nor a detective).

“I did a lot of research before I went on Steam to figure out whether it could feasibly succeed,” Bruxner said. “I looked at games of similar length and vibe. I looked at their price points and their reviews. I think a lot of people on Steam are like ‘I need a dollar per hour, or a dollar per ten hours.’ That’s their metric for whether a game is good, which is debatable, but that’s their business. If it was less than five hours and over $US7 ($10), the reviews were bad. But under $US7 ($10) and less than five hours, the reviews were positive.”

On top of that, she decided to signal that Frog Detective was short with a “little wavy thing” on the game’s page that reads “This is a short game!” That way, people who might otherwise be inclined to believe that a game called Frog Detective is a survival crafting roguelite with hundreds of hours of gameplay could turn and walk away.

What players got instead were jokes. But not big, loud, in-your-face jokes. Dry humour, quiet, almost serene strangeness. Humour in games is no longer this rare unicorn of a thing, but much like the game genres with which it’s paired, it’s often over-the-top. Bruxner, a former standup comic who specialised in deadpan humour, wanted her game to be different.

She wanted the conversations to feel casual and the characters, who are based on her own anxieties, to feel personal. She thinks that resonated with people.

“I was nervous to put Frog Detective up on Steam because I figured my games wouldn’t hit the core mainstream gamer audience. I was worried that people who played it would have a really bad reaction to it because it was so short, it didn’t have any gameplay, and so on.”

“It’s kind of rare to see dry comedy in games,” she said.

“I know what you mean by ‘punching with humour,’ and I wanted to avoid that. There are a couple jokes that were more in your face, but mostly it’s just weird silences and non-sequiturs… I think about a game like Breath of the Wild where there’s this huge action, but there’s also all these quiet moments. Or you’re playing an RPG, and you go to a town, and it feels peaceful. I wanted the whole game to feel like the quiet part before the action.”

When it comes to Steam success, it’s often the little things that make the loudest impacts. But it’s also intangibles, baby bolts of lighting you’ve unknowingly bottled. Bruxner thinks that, too, might explain Frog Detective’s rise on a platform where similar games have fallen into obscurity.

“Maybe we’re also underestimating what the gamer consumer market really wants,” she said. “Maybe we’ve kind of tapped into something that nobody understands.”

With a fanbase and developer-turned-publisher Superhot Presents behind it, Frog Detective is now getting a sequel. It’s called Frog Detective 2: The Case of the Invisible Wizard, and it’ll be out later this year.

This one, Bruxner said, will have gameplay. Now you interview characters and collect clues in a notebook. It’s a subtle change, but in the brief demo I played at PAX, I found that it led to a series of more focused but still very funny conversations with forest dwellers who wanted to figure out who wrecked the titular invisible wizard’s welcome parade.

Still, Bruxner doesn’t feel like the unexpected Steam popularity of the first game has altered her plans for the second. She’s inspired by environments, and she knew she wanted to make a game set in a dark forested location. She also wanted it to involve a wizard. Then she put a bunch of possible game names into a spreadsheet, and the rest came naturally.

“Once we had ‘The Case of the Invisible Wizard,’ it just kind of wrote itself,” she said with a chuckle. “Title first, gameplay second.” 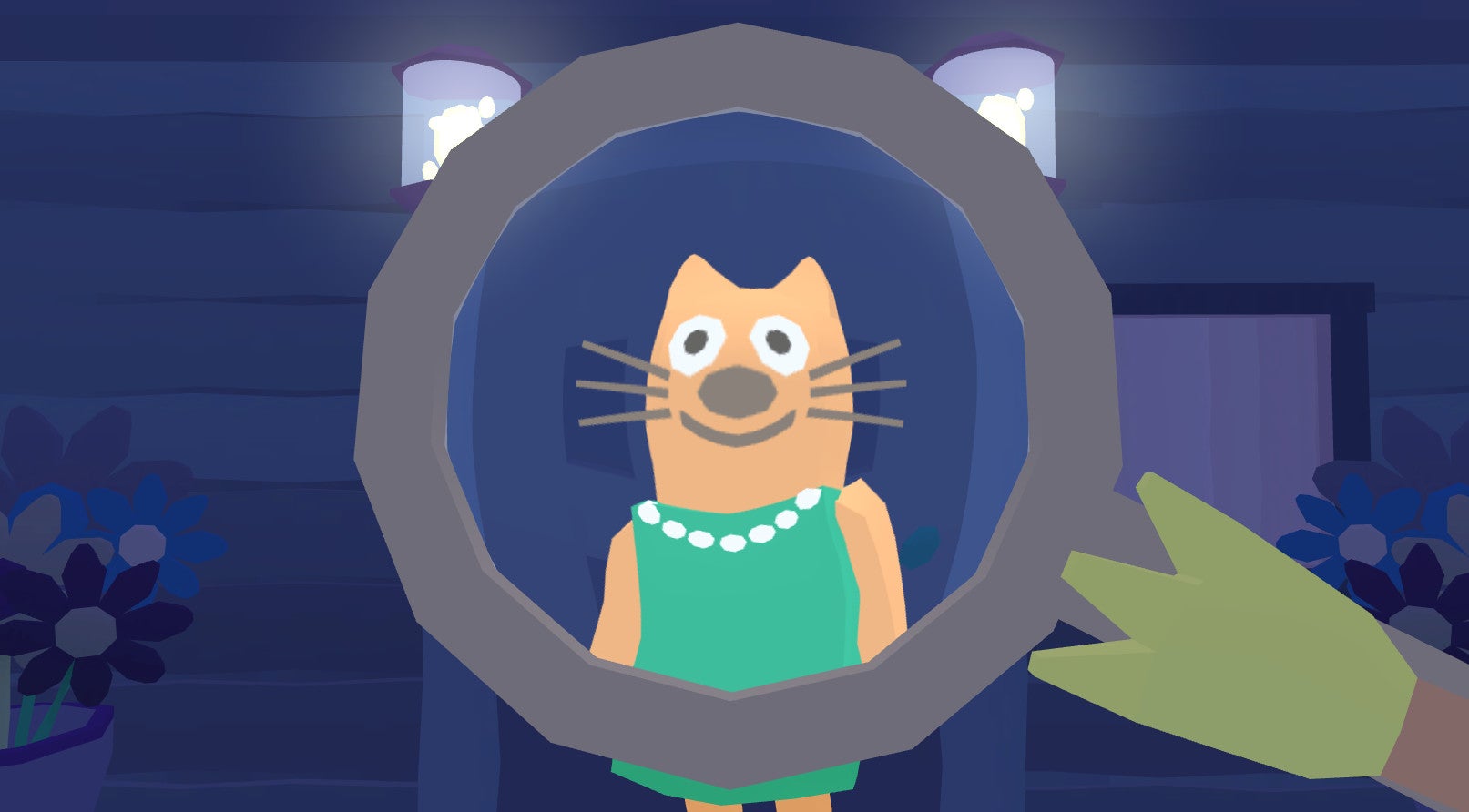 Bruxner is grateful things have gone so swimmingly, but, she said, Frog Detective was never not going to get a sequel, even if the first game bellyflopped.

“The original plan was for seven Frog Detective games,” she said, noting that she has a big lore bible for the series that she’s written down in a sketchbook for children “with sea creatures on it.”

“I don’t know why it was specifically seven, but that was my number. And then I had to be talked out of it because we take a year to make each game, so I’d be working on Frog Detective for almost a decade. But maybe that’s worth it. Maybe we’ll make seven games,” she said.

Bruxner has yet to solve the mystery of precisely why her game found an audience on Steam, but she knows it struck a chord. Given her expectations early on, she can’t imagine a better outcome.

“I don’t know why it resonated with people, but I guess because I believed in the project, and other people—if they see somebody making a game who really, really believes in the game, maybe they like that as well,” she said. “I put all my heart into this game. It’s not so much about promoting it for me. It’s like I’m actually living in this Frog Detective world. I just am the Frog Detective.”