Gonk Gonk, The Best Toys Of The Week Are Here 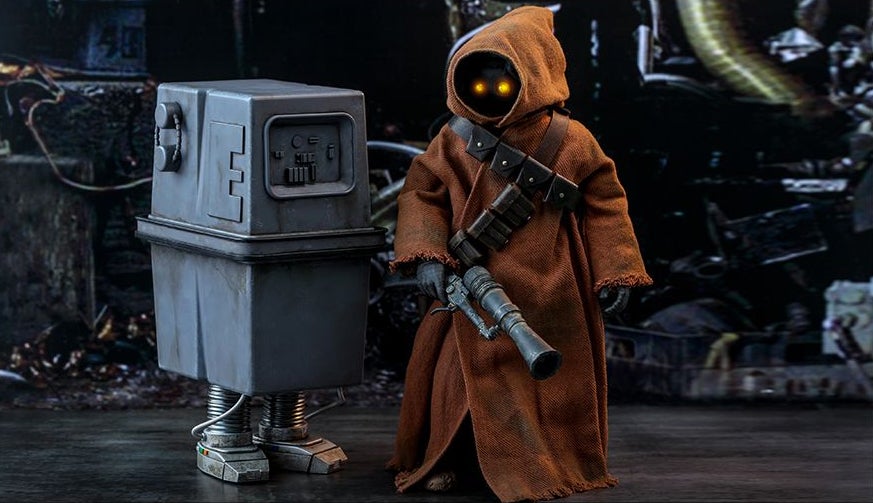 Fans often fixate on the most inane characters in their favourite shows and movies, elevating what amounts to nothing more than an extra to a superstar. Star Wars’ supporting characters like R2-D2 and C-3PO get a lot of attention from toymakers, but fans of the lowly Gonk droid finally have a collectible worthy display for their favourite automaton.

Hot Toys has a new sixth-scale collectible figure set featuring an eight-inch Jawa from A New Hope with 20 points of articulation and glowing LED eyes, and a seven-inch EG-6 Power Droid boasting just eight points of articulation, which is somehow still impressive it really only has two moving legs. Expect this dynamic duo to be available sometime in early to mid 2020. 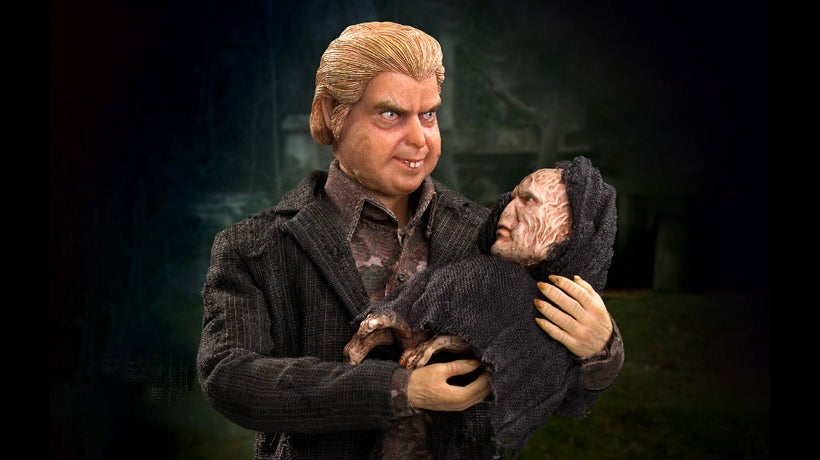 It turns out that “he-who-must-not-be-named” should also never be depicted in his bizarre, nearly back from the dead infant form as an action figure, because these are the consequences. Star Ace’s new 12-inch Peter Pettigrew (Wormtail) figure, based on actor Timothy Spall’s appearance in Harry Potter and the Goblet of Fire, features custom-tailored clothing, loads of articulation, swappable hands, and a steep $310 price tag (available sometime in October) over on the BigBadToyStore. But for an extra $12 you can add baby Voldemort with the “Deluxe” version of the figure — but why do that to yourself?

Pee-wee’s Playhouse was one of those TV shows that came out of nowhere, bucked the trend of Saturday morning cartoons, and yet felt like a perfect part of your weekend morning routine. There was no shortage of toys available during the series’ original run, but we’re happy to see a revived interest in the show, and Super7’s line of simplified ReAction Figures actually seem like the perfect fit for Paul Reubens’ masterpiece.

The new line will officially be available for order from Super7 starting on Tuesday, and will include Pee-wee himself, a Randy and Billy Baloney two-pack, Captain Carl, Magic Screen, Conky the robot and Chairry.

Kirby Round And Round Warp Star Plush Toy

Some would argue that every toy in existence should just be Kirby-themed, and this plush iteration from Japanese toymaker Ost only adds more credence to that idea.

When triggered by a noise like a loud clap Kirby will randomly zoom around on his warp star while sounds and music from his video games fill your ears with electronic bliss and nostalgia. When available in Japan in November it will cost around $50, but you can expect to pay considerably more if you want to import one. 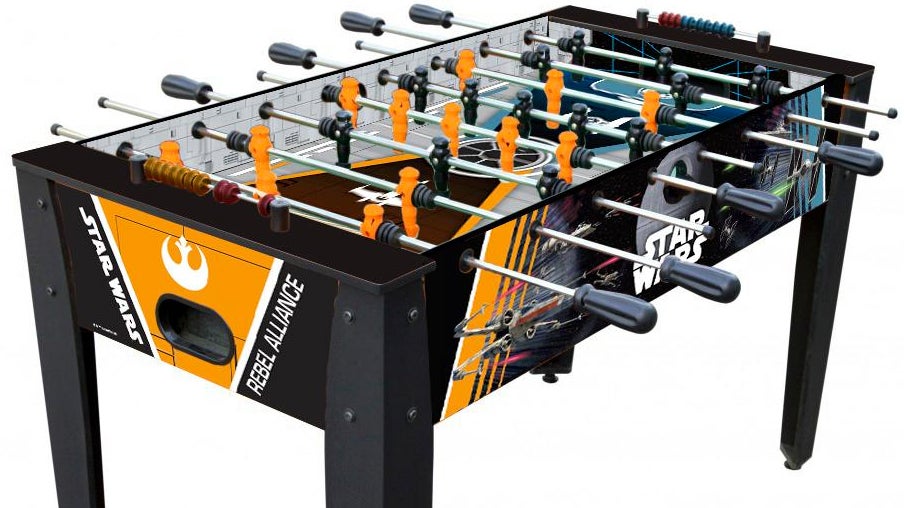 If you’re going to the trouble of putting a foosball table in your rec room, why wouldn’t you toss in a few extra bucks for a version slathered in Star Wars graphics? Calling this the Death Star Assault table is a generous description of its gameplay; in reality you’re still just trying to knock a ball in to your opponent’s goal.

But here you get to do it with moulded-plastic players representing the Galactic Empire and the Rebel Alliance, but for $350 we’re knocking off a couple of points because this table doesn’t include foosball balls that look like tiny Death Stars.

Yes, they’re incredibly tiny and digitally simulate popular boardwalk staples like Whac-a-mole, Skee-Ball, and pinball, but you’ll never have to wait your turn to play. That along is worth the price of entry, which is somewhere around $30 on Amazon in the very near future. 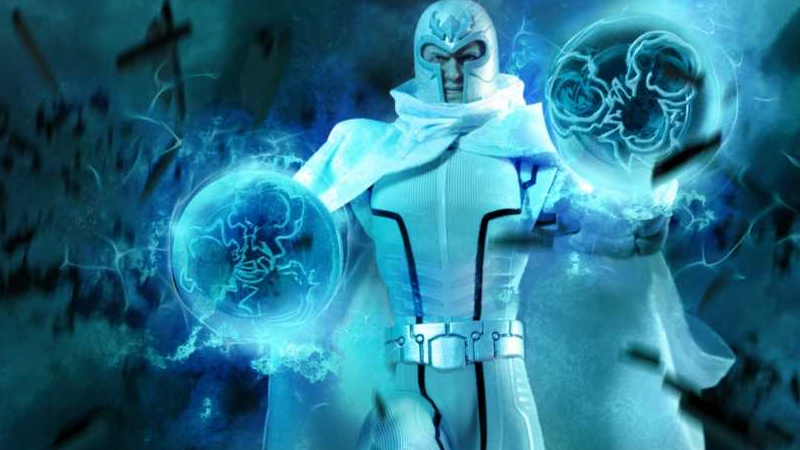 Mezco has already released this pretty rad figure of the master of Magnetism in his more classic scarlet and purple costume we all know and love Magneto for. But for a special Previews exclusive coming to comics distributors next year, the company is re-releasing the figure with an all new colour scheme that makes it even better. Based on the stark white and black-trimmed look Erik adopted during Marvel Now!, it actually also has many parallels to his current look in the excellent duology miniseries, House and Powers of X.

Which means we’d happily buy this all over again if it came with a creepy-arse Professor X with Cerebro to pair him with, but alas, for now, Magneto just has several effects pieces to hold recreating his magnetic manipulation abilities, an un-helmeted alternative head, and multiple hands to pose him in all those deliciously extra “I’m casting psychic spells and am fabulous as hell” poses that any good Magneto figure should do. The Marvel Now! Magneto will set you back around $120 when he starts hitting shelves in March of next year. [Toyark] 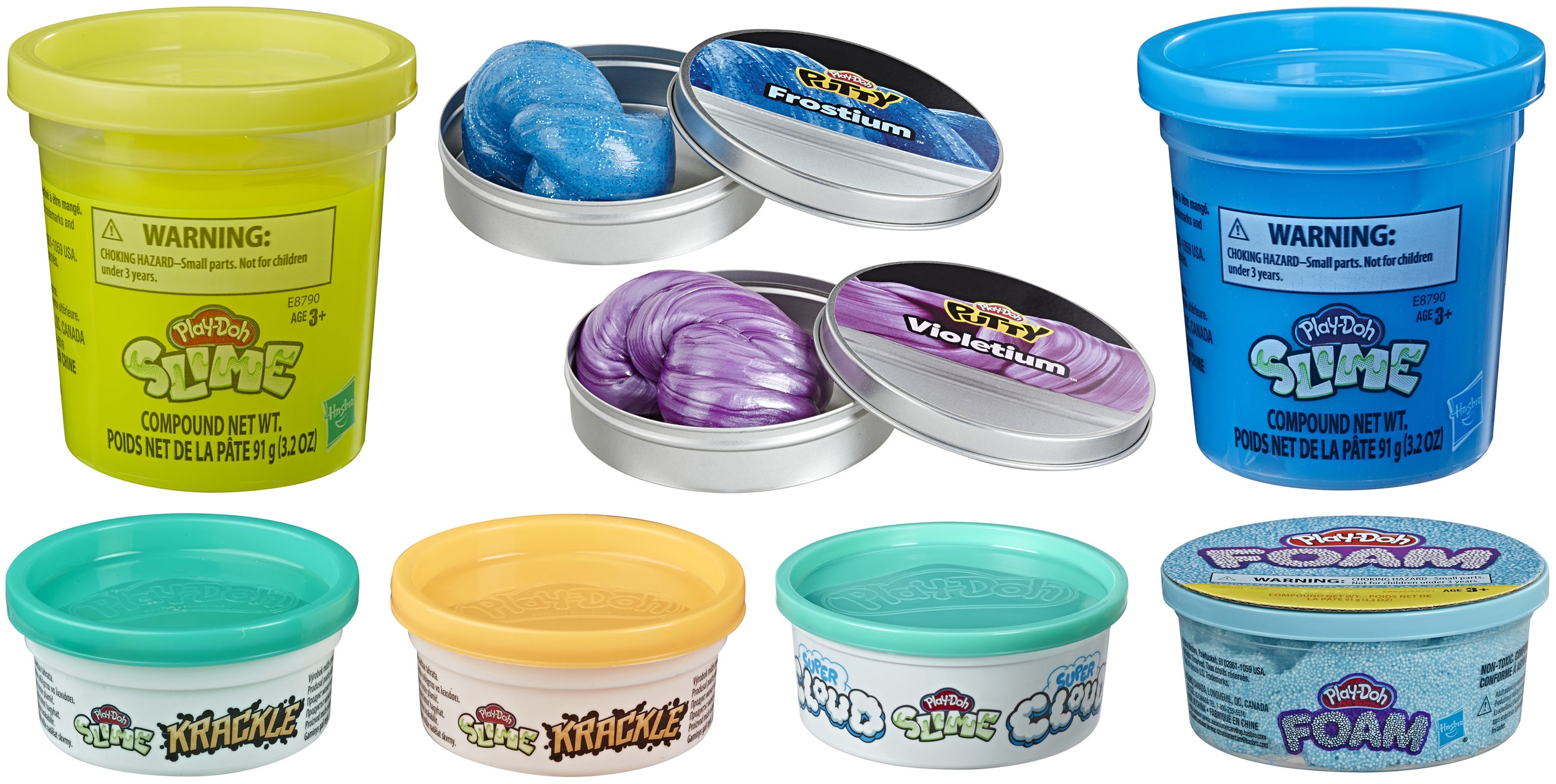 It was an important accessory for many ‘80s toys lines, including Masters of the Universe (keep Moss Man away) and Ghostbusters, but slime is making an important comeback, and now even Play-Doh is getting in on all the goop.

The brand’s new line includes a smorgasboard of colours and textures including glittery putties, slimes mixed with foam beads, lightweight slimes that feels like a cloud, and the traditional compound that’s reminiscent of having a nasty cold. They’ll range in price from $2 to almost $15 for the premium putties, but there’s currently no word on whether they’ll make their way out to Australia.