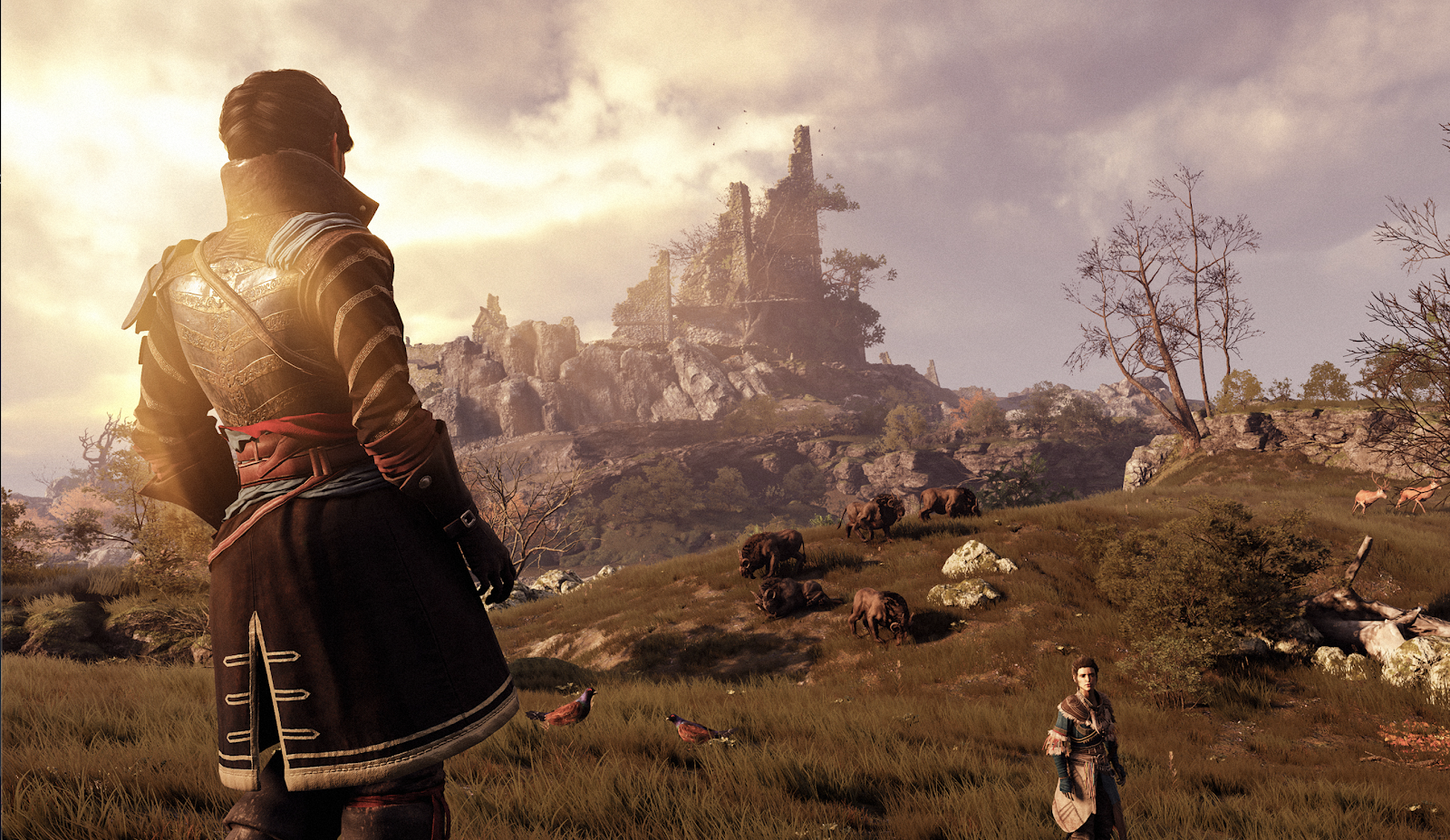 I have not enjoyed playing Greedfall, the latest role-playing game by Spiders. That’s not because it is a poor experience in terms of how it plays. Greedfall offers a BioWare-esque adventure with branching quests, companion characters, and exploration. Greedfall frustrates me because it’s a game of half-measures. In the nearly 10 hours that I have played it so far, it fails to pull its disparate threads into a cohesive whole.

Greedfall is set in a fictional universe that appears to be modelled after 18th century Europe and America. There are nobles and sailors, newly founded colonies, and dialogue trees full of characters engaging in courtly intrigue.

You play as De Sardet, the newly appointed diplomat of a merchant’s guild. Alongside your cousin, a jovial but clueless governor, you sail across the sea to the land of Teer Fradee in the hopes of locating the cure to a plague that is ravaging society in the old continent.

When you arrive on Teer Fradee, you learn about a burgeoning conflict between multiple factions⁠: a confederation founded by a progressive researchers and naturalists, a zealous church, and the local native population.

In addition to searching for a cure, your job as a diplomat is to liase with these factions and resolve disputes. Along the way, you’ll have the option for plenty of companion romances, arena battles, boss fights with magical creatures, persuasion checks, and complicated questlines.

In its best moments, Greedfall provides a solid mixture of role-playing elements and combat. Quests offer a variety of solutions based upon the items you have and the skills in which you’ve invested.

High charisma makes it easy to charm your way out of tricky situations, while points in the intuition trait will unlock unique dialog that leads to alternate solutions. With points in the science trait, you can make keen medical deductions or else craft potions that can be used in questlines and on the battlefield.

In an early quest, my master at arms Kurt asked me to doctor the contents of a shipping manifest so that important cargo could be smuggled onto a ship. This meant entering territory belonging to the Nauts, a sailor’s guild whose members join at a young age, Jedi-style. Intruding into their territory would draw their ire and cause me to lose precious reputation points with them.

To avoid conflict, I had numerous options at my disposal. I could simply sneak through their compound if I wanted to. Alternately, I could locate one of their uniforms to explore without worry. I could use my Science skill (if I’d had it) to brew a sleeping potion to knock them out after a round of drinks.

Greedfall delights in offering multiple solutions to quests, be it dialog options or other creative avenues. You are a diplomat first and a fighter second, and there’s plenty of ways to avoid combat even in the hairiest situations. It makes questing a genuinely enjoyable process no matter where you drop your skill points.

Combat is less enjoyable but has a certain degree of clumsy panache. Teer Fradee is packed with magical creatures that will attack you, and there are also plenty of ways to end up on a faction’s wrong side and end up having to face them. Combat is often avoidable, but in the rare moments that you’re forced to take a stand, the fighting works fine, even if your companions repeat the same combat barks over and over and over again.

You can fight with sabres or heavy weapons like larger swords and hammers. You can also use guns or specialise in magic. Fighting usually plays out like other action-RPGs such as The Witcher 3: Wild Hunt. You dodge, you attack, you maybe use a magic spell to trap an enemy in stasis. If the fight’s moving too fast for you, you’re able to pause the game and select your next action in an impromptu turn-based manner that makes it easier to plan your next move or micromanage teammates.

If all of this sounds fine, that’s because it is. In isolation, judged only on the questing and combat, Greedfall is a remarkably playable bit of pulp. Whether it’s helping my companion solve the murder of a friend, outsmarting religious inquisitors, or fighting massive beasts, everything works fine. But it’s all done in the service of a setting and a narrative that is confused and often cowardly.

There’s no polite way of saying it. Greedfall is kind of fucked up. Wrapping yourself in the pageantry of the 18th century means recreating the iconography of colonial expansion and native slaughter. It means emulating a time when supposedly great men failed to do what was morally right, opting instead to do what was politically expedient. To merely call this a tension of Greedfall does it a disservice. It’s not just a momentary tension. It’s the entire game.

The visual language at play in this game harkens back to some vile shit. That isn’t to say that no art could use a setting like this, but it needs to be used with an awareness of what this setting actually means. Greedfall doesn’t demonstrate that level of care.

The magical New World is mostly a playground for the player, not a means to examine complex issues. Greedfall wears a costume, perhaps not ignorant to what the costume means, but seemingly unwilling to do anything too powerful with it. 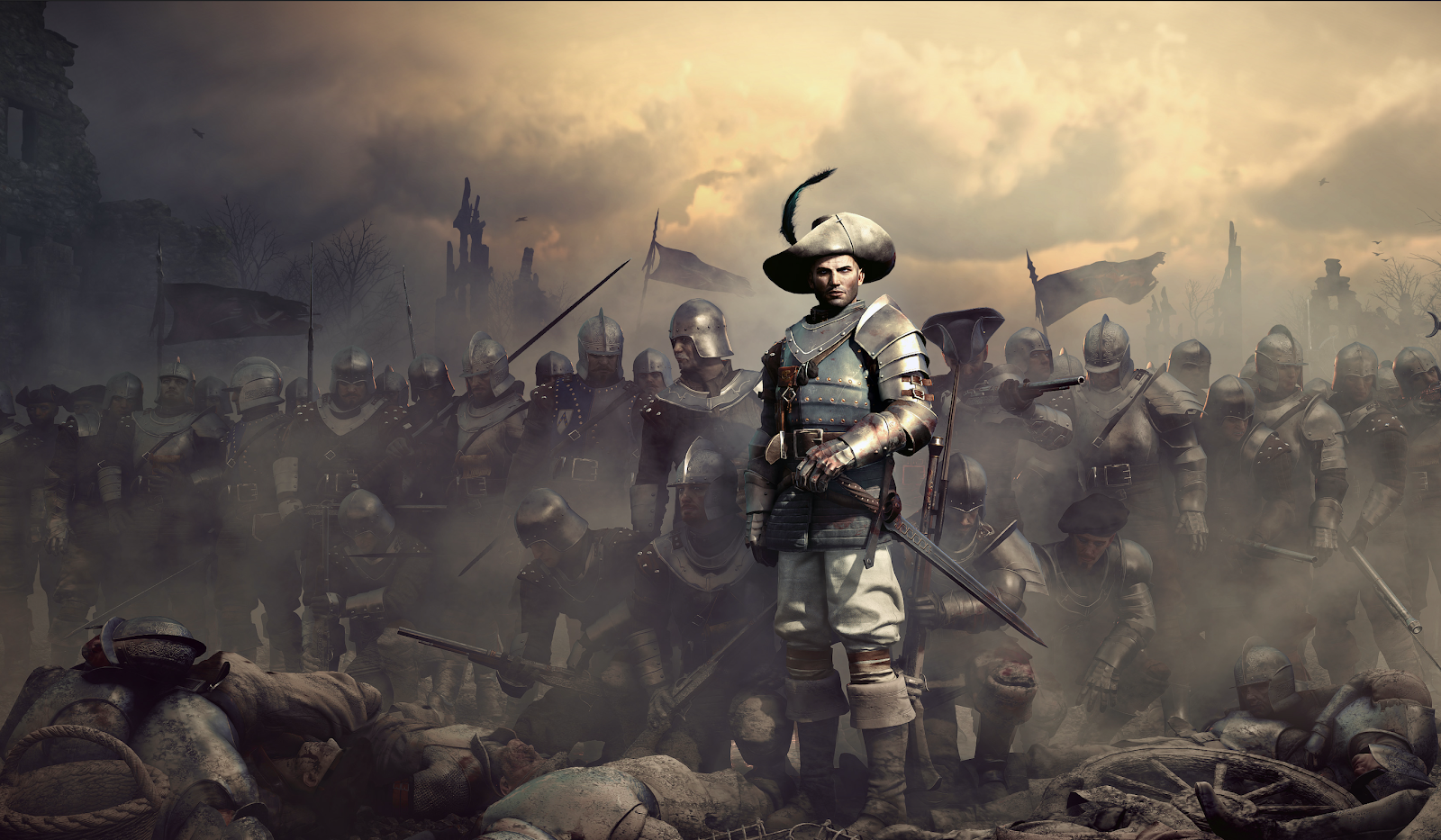 In the time I’ve played Greedfall, it’s clear that while I can alienate factions (sometimes gaining favour with my companions for doings so) there’s a great deal of advantage to placating all parties and maintaining the status quo on Teer Fradee. Don’t rock the boat. Make sure to bow before the racist cardinal even if you want to stab them in the neck.

Dedicate yourself to a milquetoast middle path that keeps a peace but transforms nothing. Greedfall often pays lip service to the hypocrisies of its various factions — by what right does that inquisitor have to call anyone a barbarian, as he gleefully kills any native that fails to convert to his religion? — but in my first 10 hours of playing, I’ve yet to see these moments of awareness coalesce into anything actionable.

You might prevent a tragedy here or there, but as long as there’s a mechanical incentive to acquiesce to formality and political decency, there’s no room for any transformative action.

The fact that Greedfall tosses occasional scorn against colonial powers and dogmatism only makes it more frustrating that this is a game that appears to be about upholding the status quo, not enacting systemic change.

These brief moments feel trite, as if Greedfall is uncomfortable with itself. Can I do anything about these injustices? Can I tear down the system that perpetuates them? For the moment, the answer seems to be no. I would love to be proven wrong.

I ask: what is Greedfall saying? What messages does it want to communicate to me? What themes are on display? I have no answers to these questions and if Greedfall does, it’s not been kind enough to reveal them yet.

“It was never going to do that anyway,” my cynical brain says. But if part of my job is call on games to do better, then I also need to open myself up to the possibility that even fraught games may have the potential to achieve clarity.

I could continue onward and find that after all this lengthy preamble, Greedfall musters the strength to use its setting as more than window dressing. But based on what I’ve played so far, I’m not getting my hopes up. 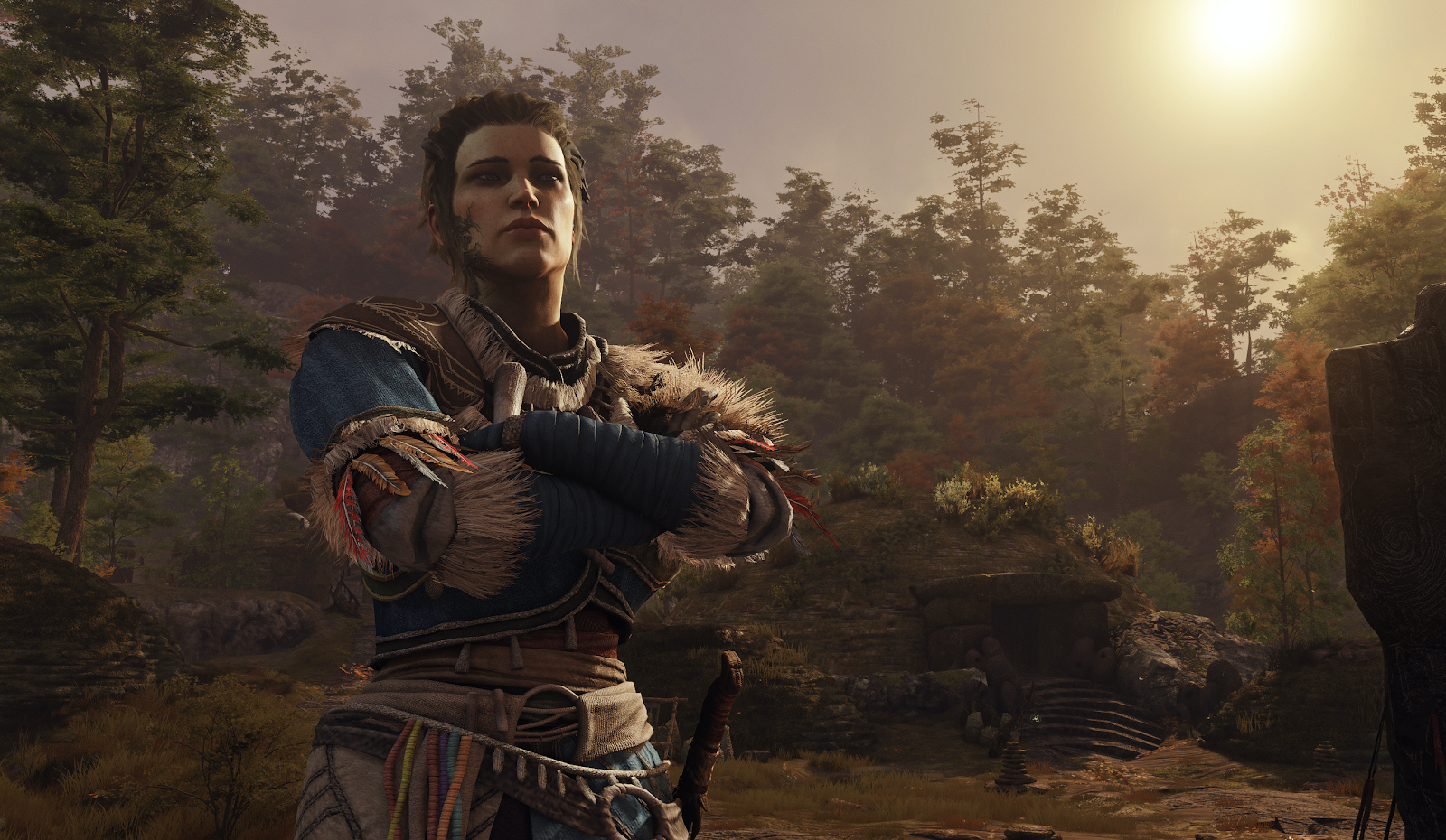 Some players may not be disturbed by this setting. For those players, what will matter is whether the combat is decent. It mostly is. What may also matter is whether the role-play offers options for solving quests. It does, although you can probably just get by with high charisma. That Greedfall is a decent RPG will be enough, for some. For me, it isn’t.

I see, from time to time, slivers of what Greedfall might be, and I trudge along in what feels like a misguided pipe dream that it will deliver something, anything deeper than what I’ve seen so far. I don’t dislike the raw moment-to-moment experience of Greedfall.

It scratches a particular itch that I’ve been eager to scratch in the absence of Dragon Age. If you’re eager for an RPG of that form, Greedfall will oblige. Regardless of my misgivings, I admit to a horrible curiosity in what might come next. But those misgivings are powerful and can’t be ignored.

Greedfall might manage to capture some of what made BioWare’s adventures great, but it feels aimless. It has, so far, not managed to speak up and say anything worthwhile, even as it offers meagre acknowledgement that something isn’t quite right with its world. That lack of conviction, so far, is a black mark that I cannot get over and which leaves a frustration that overshadows everything else.

Greedfall is out today on PlayStation 4, Xbox One and PC.