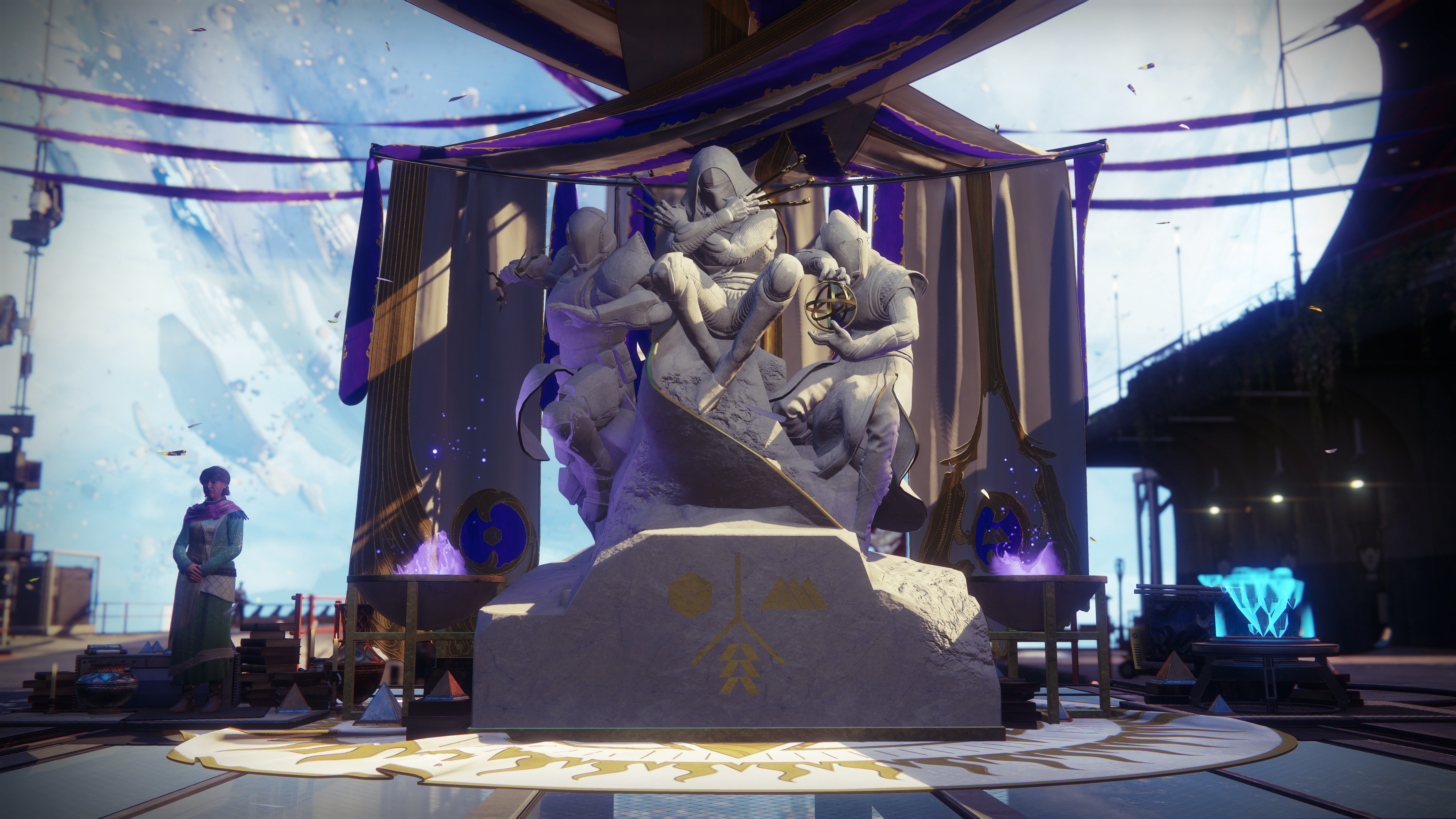 Five years ago, I thought we were all a bunch of suckers. Destiny, the new game from the makers of Halo, was an absolute mess, and I didn’t understand why anyone would play it. But people did, and what’s more, they found something compelling in the inexplicable sci-fi shooter. Across five years, numerous expansions, a sequel (which then came with its own set of expansions) and innumerable updates, I’ve been trying to understand what’s compelling about Destiny. Some days, I think I get it. Others, I don’t.


“Be warned,” Kotaku’s Kirk Hamilton wrote in his review of the original game in 2014. “To play Destiny is to willingly give yourself over to a machine, a machine terrifying in the slickness of its construction and the single-mindedness of its purpose. You may find yourself hating this game as much as you like it, and unable to stop playing nonetheless.”

Today, Destiny goes by a slightly different name — today it is Destiny 2: Forsaken and in a few weeks it will be Destiny 2: Shadowkeep — but despite that slick numeral/subtitle combo and multiple overhauls, expansions, backsteps and course-corrections, playing Destiny is the same as it was back when Kirk wrote that review.

You’re throwing yourself at the mercy of a machine. A compulsive, endlessly playable machine that’s a marvel to consider as you’re playing and frightening to think about when you’re not. 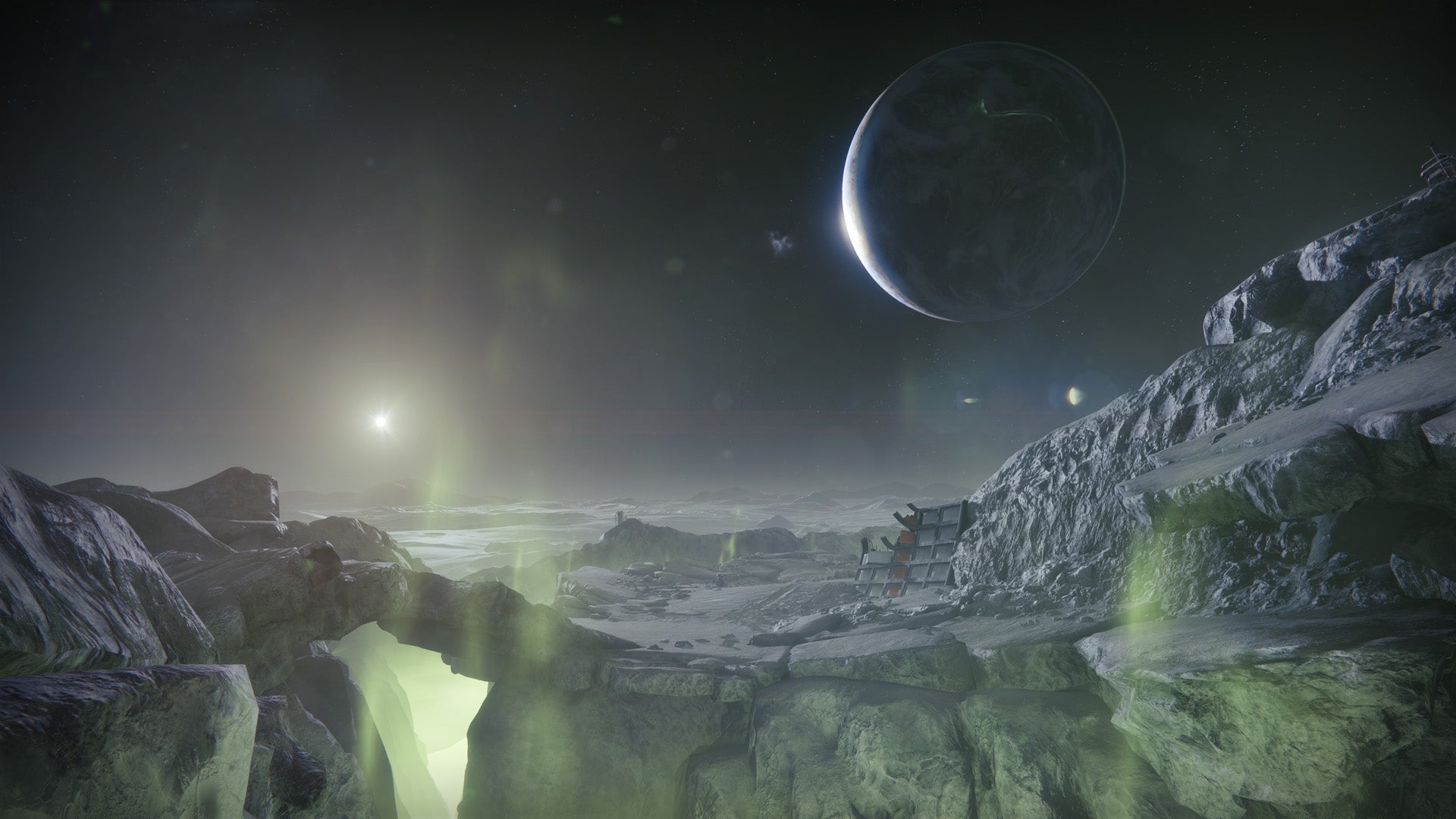 Here’s a dirty little secret about people who play video games: We like being exploited. It feels good. This is precisely why we — rightly — raise concerns about loot boxes and microtransactions that turn predatory when they incorporate the spending of real money, euphemising gambling as “player choice.”

We know how games can tune themselves to offer a steady trickle of dopamine: new loot, new content, new guns to shoot and objects to shoot them with. Meters and currencies that accrue and build, short and long-term goals that guarantee rewards. We willingly sign up for this reptilian manipulation as long as it feels like no one as being hurt, as long as the only thing we give up on our end is our free time. Video games play us as much as we play them.

Most days, this is how I think of Destiny. It’s far from the first game to actively seek this kind of relationship with its players — compulsive, nigh-irresistible feedback loops are a hallmark of games like Diablo and its many clones, as well as hybrids like Borderlands. These are games where everything is secondary to the pursuit of numbers getting bigger.

But Destiny feels like a special case, because at its start, it could have been more. It almost was, as Kotaku’s Jason Schreier would report after the game’s disastrous first year, a story of grand ambition coming crashing down to earth. As it recovered from its near-implosion, the real game came into focus. The machine took form, and I played with countless others, many of whom struggled to articulate why they were playing, too.

I remember regularly picking up bounties and being assigned challenges that I would start up a select few missions in order to complete, racing to an early section that I knew would be full of the types of enemies I needed to kill, immediately abandoning the mission once I had killed them. I do not remember why.

I remember being depressed, and finding this empty, meaningless movement comforting. For a little while, Destiny only made sense to me as the only place I made progress at a time in my life when everything else seemed inert.

I remember feeling fine and merely bored, and playing Destiny because it was just something to do. I remember nervously logging on to a third-party matchmaking service to find a raid party for the first time in my life, setting a date and time and not knowing what to expect. I remember it being amazing. I’m not sure why I don’t do it more.

I remember when Peter Dinklage was in this game.

This has mostly been about Destiny’s past, but it’s all quite applicable to its present. Destiny is still a machine, albeit more varied, more generous, more everything. It’s not different, just a purer version of itself: a place for endless conspicuous consumption, the sickness and the cure. A video game where art sometimes happens in the margins — in beautiful geometric landscapes that are designed to be raced past and not admired.

In its attempts at a story, disseminated via an array of text entries to form narrative jigsaw pieces that can occasionally be arranged in compelling shapes. In the way that, via ingenious ephemeral challenges and top-tier raids, it becomes an engine for shared experiences quite unlike any other game of its ilk.

It’s always been hard to process Destiny or describe it holistically in a way that feels fair, because at its heart, Destiny’s purpose is tautology. Destiny is here to justify more Destiny. And it’s done a pretty good job at that.

An early touchstone in the fiction of Destiny was the notion of a Golden Age, one where mankind’s aspiration to sail among the stars was finally achieved. It is perhaps the only coherent idea in the story that shipped with the first Destiny back on September 9, 2014.

In this story, humankind encountered a benevolent, godlike sphere known as The Traveller on Mars, and with its help, an age of miracles began, followed by a tragic collapse that occurred off-screen, sometime before the first Destiny begins.

I think a lot about that aspirational start, even though it came with a game wholly incapable of delivering on it. I think about how, even as Destiny improved by leaps and bounds, it never fully returned to ideas like that — utopian notions of discovery and outreach, the wonder of a solar system that was suddenly small enough to traverse.

Instead, Destiny’s fiction has since given way to dense, arcane fantasy, looking inward to what lurks in the depths of these worlds we explore, detailing their criminal underworlds and the slavish cults of the nightmare-gods that lurk just out of sight. It’s optimism slowly drowned in cynicism, a slow death made more complete every time I log on and start a new grind for more sweet loot. I can’t help but feel a little deflated by it all.