How Anime Has And Hasn’t Changed, According To Shoji Kawamori 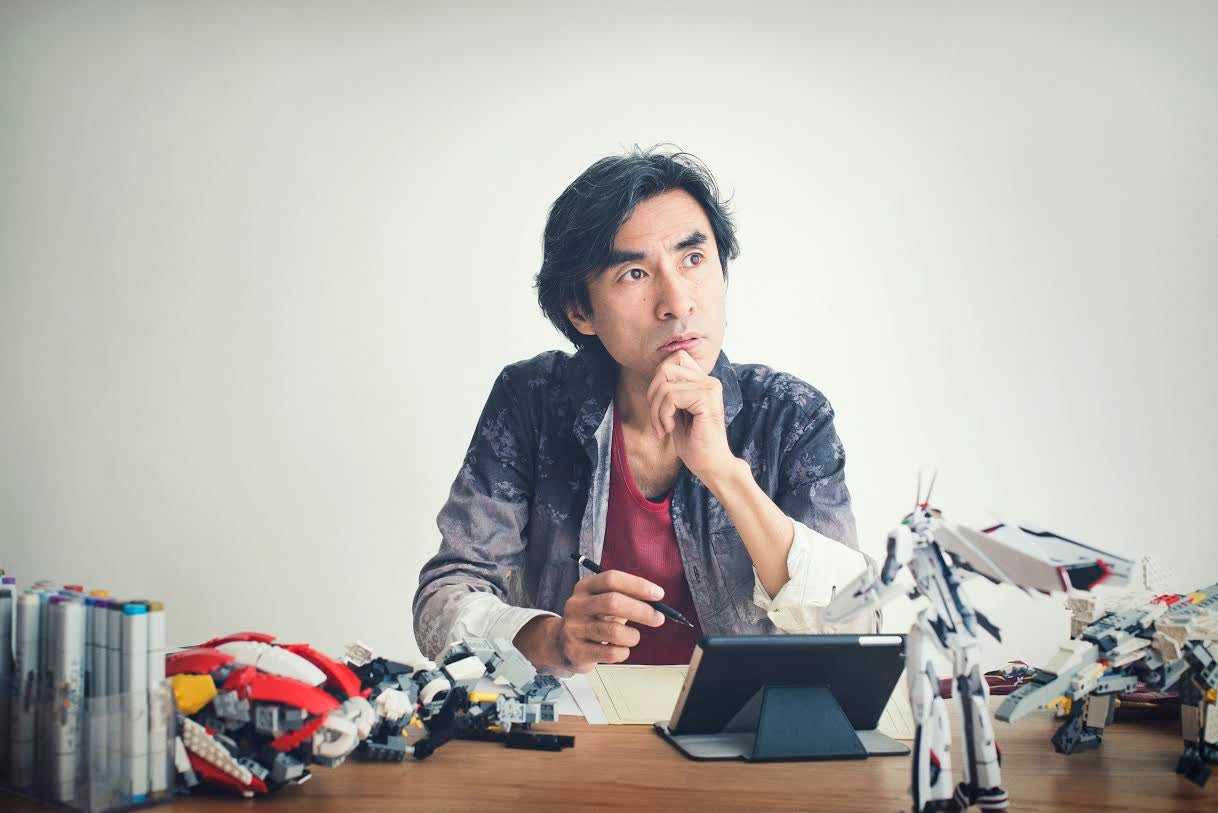 Shoji Kawamori’s career in anime has spanned four decades. While still in his teens, Kawamori joined the industry in the late 1970s. Since then, some things have changed. Other things have not.

Besides co-creating Macross and designing some of the anime’s most famous machines, Kawamori has also worked on the early Transformers iterations and has done mecha design for the Armoured Core series. Most recently, he created the robotic arms in Devil May Cry 5. He is one of Japan’s most influential mechanical designers and anime directors.

A special exhibition called the Shoji Kawamori Expo was held from May 31 to June 23 to commemorate the past four decades of his career. At 59, Kawamori doesn’t show any signs of slowing down.

This month, I met up with Kawamori at a Tokyo coffee shop off a leafy-green street near the Satelight studio offices.

“When I was a little kid, Japan wasn’t making that much anime,” Kawamori recalled when I asked him which anime he watched as a child. “Astro Boy was just getting started.” The original Astro Boy manga began its run in 1952, and creator Osamu Tezuka brought it to small screens in 1964.

The iconic show had a four-year run, but its influence can still be felt today. Later that same year in 1963, the Gigantor debuted in Japan, and by 1972, when Mazinger Z aired, robot anime was an established anime genre.

Robot anime would inspire the next generation of animators. During the 1960s, the older generation, which had experienced World War II firsthand, was making realistic war anime like Zero-sen Hayato.

But kids who watched the Apollo landing on TV weren’t looking to the past. As they came of age, they wanted to make anime that looked to the future. “As the generation of animators changed,” said Kawamori, “so did the anime.”

“Personally, though, I adored the Thunderbirds,” said Kawamori. For a kid who loved cars, aeroplanes, and space ships, the machines and vehicles in the British-made puppet show were inspiring. As a kid, Kawamori built his own creations out of papercraft and blocks.

But it was Space Battleship Yamato that changed his life forever. The space yarn aired from 1974 to 1975 and would go on to influence Mobile Suit Gundam.

“When I was in my last year of junior high school, my friends and I watched Yamato,” he said. They were thrilled to see such a complex and detailed sci-fi anime come out of Japan.

“One of my friends got in touch with Studio Nue, the studio that made the anime, and we got a tour.” It was during the break between the end of junior high and the start of high school.

“I was surprised to see how small and how dirty that studio was,” Kawamori said, chuckling. “It wasn’t much bigger than this coffee shop.” The inside of the studio seemed like it was falling apart, but the anime being produced there was sophisticated, polished, and unlike anything Kawamori had seen previously. “The gap between the anime’s quality and what that studio looked like was incredible.”

This was a different time. “Visiting an anime studio now isn’t impossible if you go through the correct channels, but it certainly is much more difficult now than it was then,” he said. “I’m incredibly grateful to my friend for setting that up.”

Kawamori kept in touch with Studio Nue and impressed the team with his designs. During his last year of high school, he ended up working there part-time. “When I was 19, I became a full-time employee.” He threw himself into his debut work, Super Dimension Fortress Macross. Kawamori came up with the story, created mechanical designs along with Kazutaka Miyatake, and co-produced the show.

It was the early 1980s. Kawamori was studying engineering at Keio University—well, he was supposed to be. During his commute, he wasn’t studying for tests, but working on the Macross anime. “That was really hard,” he said. “I was getting three to three and a half hours of sleep each night.” Even when he took the train, Kawamori was working on Macross, putting pages up against the train’s windows as a make-shift light table.

“My parents were very much against my decision to go into anime,” Kawamori said. His father told him he could do whatever he wanted as long as he graduated. He never did, but that didn’t matter. At age 23, he began directing his first feature film, Macross: Do You Remember Love?

“Anime became hugely popular in the 1980s in Japan,” said Kawamori. There were suddenly anime fan magazines, and voice talent like Mari Iijima became superstars. Feature films drew crowds at the cinema, and OVA (original video animation) let animators take more time for home releases. The demand was insatiable. As the anime industry grew, so did the fanbase at home and abroad.

“Culture has changed, I think,” said Kawamori. “Because of the internet, people all over the world learn about things in real-time.” This, in turn, has broken down unexpected barriers that previously hindered the popularity of certain anime. “I was once told that in the past the reason why mecha anime didn’t become widely popular in the West was because of their size,” he said.

“The reason explained to me was that these machines were so large that they were god-like.” Kawamori, however, didn’t agree with that explanation. “A better reason I heard was that these mecha had a face, and because the pilots obviously had a face, too, American viewers were unsure who they were rooting for.” Was the mecha the protagonist? Or was the pilot? The dual identities were apparently confusing. “But,” Kawamori continued, “Transformers only had one identity, which is why it was easier for that to become popular in the U.S.”

As a kid growing up, I never had that problem with Voltron or any of the other imported robot and mecha shows. But the reason might have been that I was young enough not to have pre-set expectations and perhaps more open to this dynamic than the older generation. This is likely true for others who grew up in the 1980s and even more so for those who came of age in the years that followed. “Now, because of the internet and the shared culture, this kind of thing doesn’t seem to be an issue at all,” said Kawamori.

While tastes might have broadened, in some ways, the anime industry has not changed. Astro Boy showed that TV anime could be made on the cheap, which is something that continues to this day. Salaries are still low, and production methods still seem arcane. After interviewing Kawamori, I took a tour of the Satelight production studio. Since the tragic Kyoto Animation tragedy, security has been ramped up.

Inside, the studio was as quiet as a library — something that has not changed. Torn-up cardboard boxes divided each dish for privacy and centration. Conversations were in hushed tones, nobody played music, and the only sound you’d hear was the occasional sharpening of a pencil.

“Around 80 per cent of the staff is still drawing by hand,” Kawamori said back at the cafe. “I do wonder how long that will continue. I see that continuing over the next 10 years, but that will become more difficult to do in the next 20 and 30 years.” This might be a result of the impractically of paper and pencil but also the generational change, with younger animators growing up drawing digitally.

“I think hand-drawn anime will remain, but it will be a traditional craft in Japan, like kabuki or Noh theatre. But if Japanese companies go full CG, then their work ends up looking like the stuff you see made in other countries. I think a combination between the typical flat style of hand-drawn anime and 3D animation suits Japan.”

But even after all these years, one thing has not changed: Macross is still iconic. “When Macross first came out, I thought it was going to be popular. I had no idea that I’d be doing it this long.”