I Have Several Issues With This Year’s Halloween Pokémon Toys 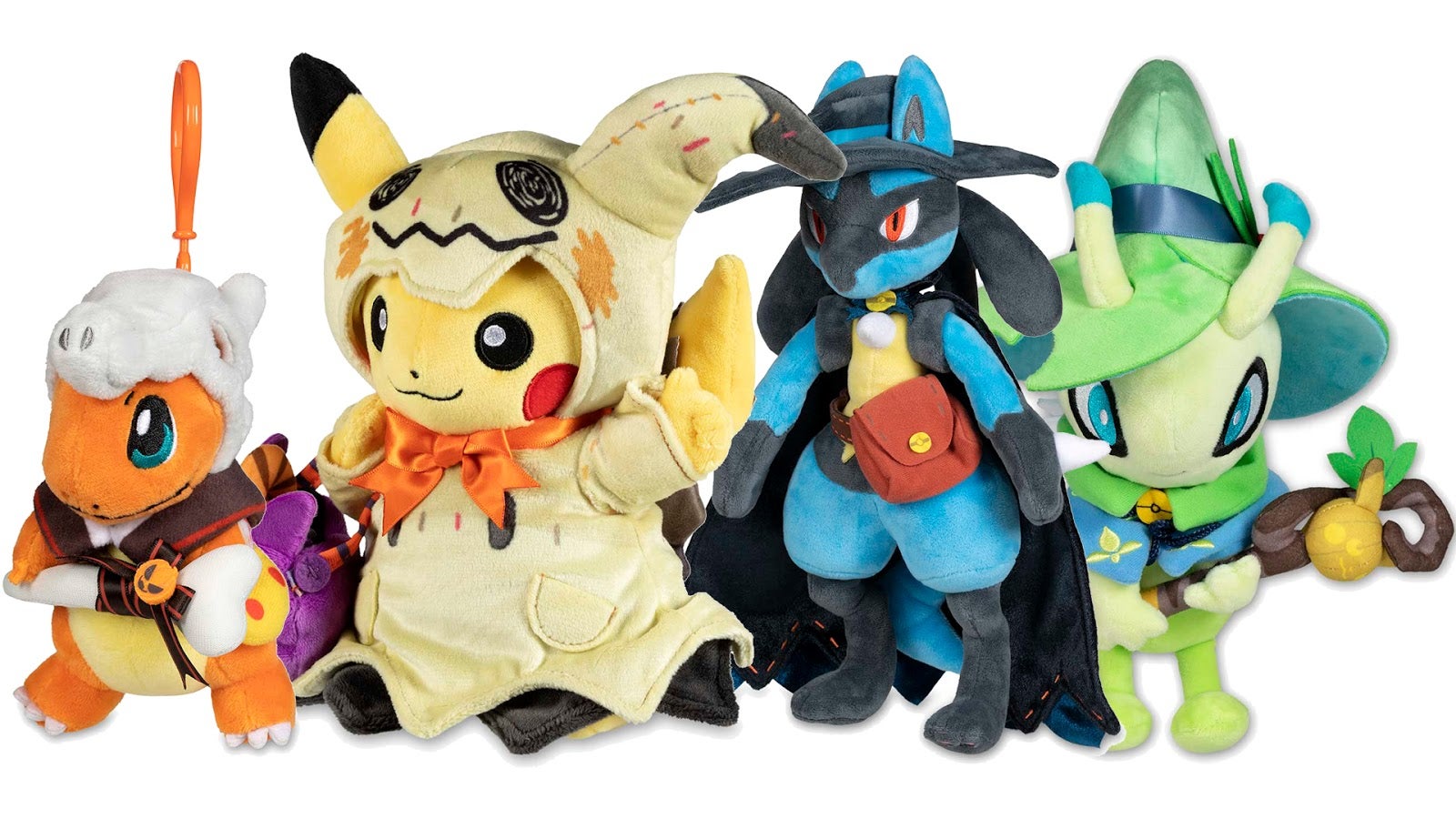 Pikachu as Mimikyu. Charmander as Cubone. Lucario and Celebi as live-action role-players. This year’s batch of special Halloween-themed “Pumpkin Parade” plushies from The Pokémon Company are adorable at first glance. But if you look closely, the cute facade begins to crumble. Let’s start with Charmander wearing another Pokémon’s dead mother’s skull as a costume.

Depending on its generational description, Cubone is either wearing the actual skull of its dead mum, staining the eye holes with its tears, or it’s a random skull the unfortunate critter wears in honour of its dead mother, eye holes similarly stained.

That in mind, what the hell, Charmander? 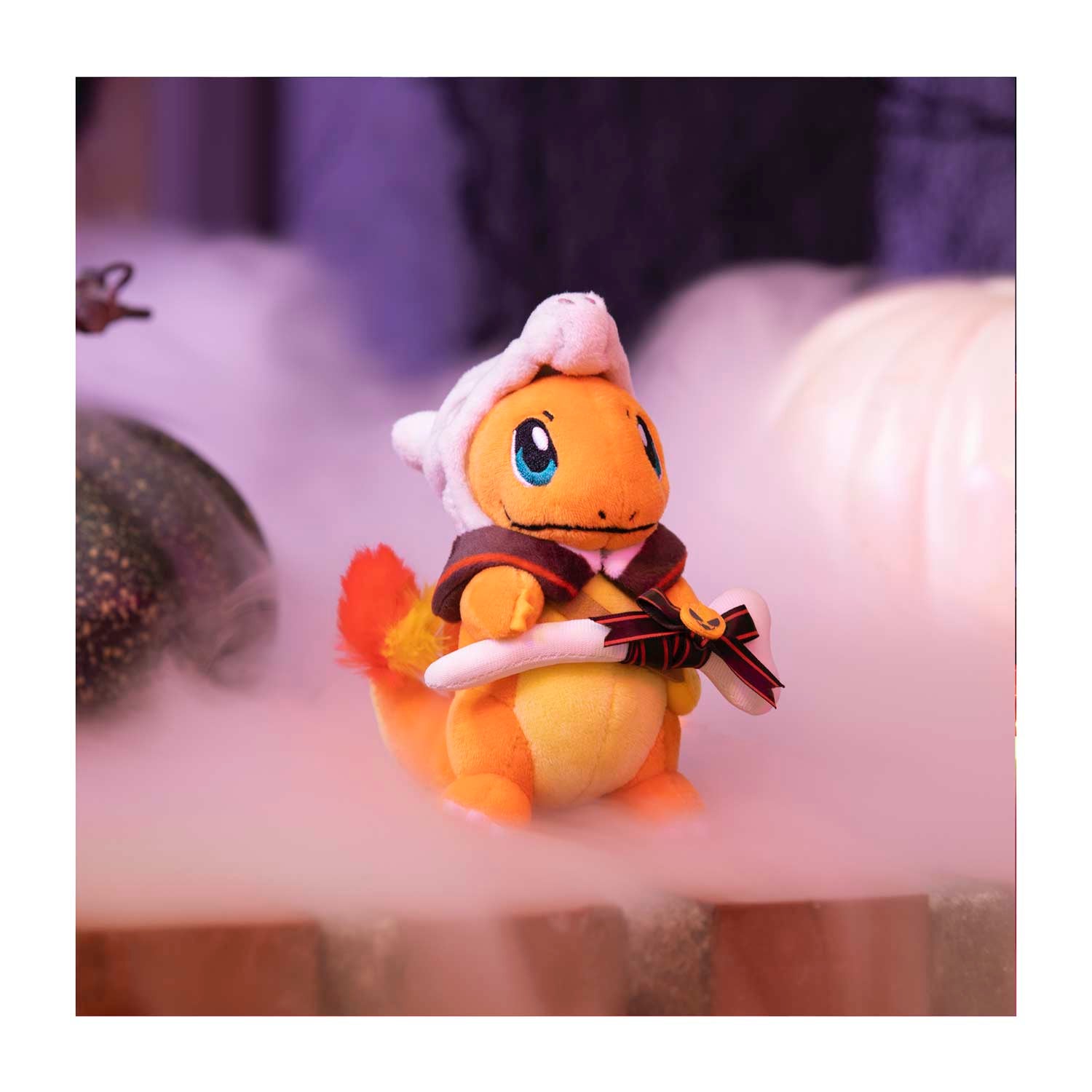 No really, what the hell? Even if it’s only a replica skull, it’s at the very least evocative of another Pokémon’s deceased parent. I’m imagining Charmander getting into an elevator on Halloween night with a Cubone. The awkward silence. The quiet weeping. You bastard, Charmander.

Pikachu isn’t being any more sensitive of his fellow Pokémon with its Mimikyu getup. Yes, seeing Pikachu wearing the skin of a costume resembling a creature whose whole deal is dressing up like Pikachu is a cute juxtaposition. 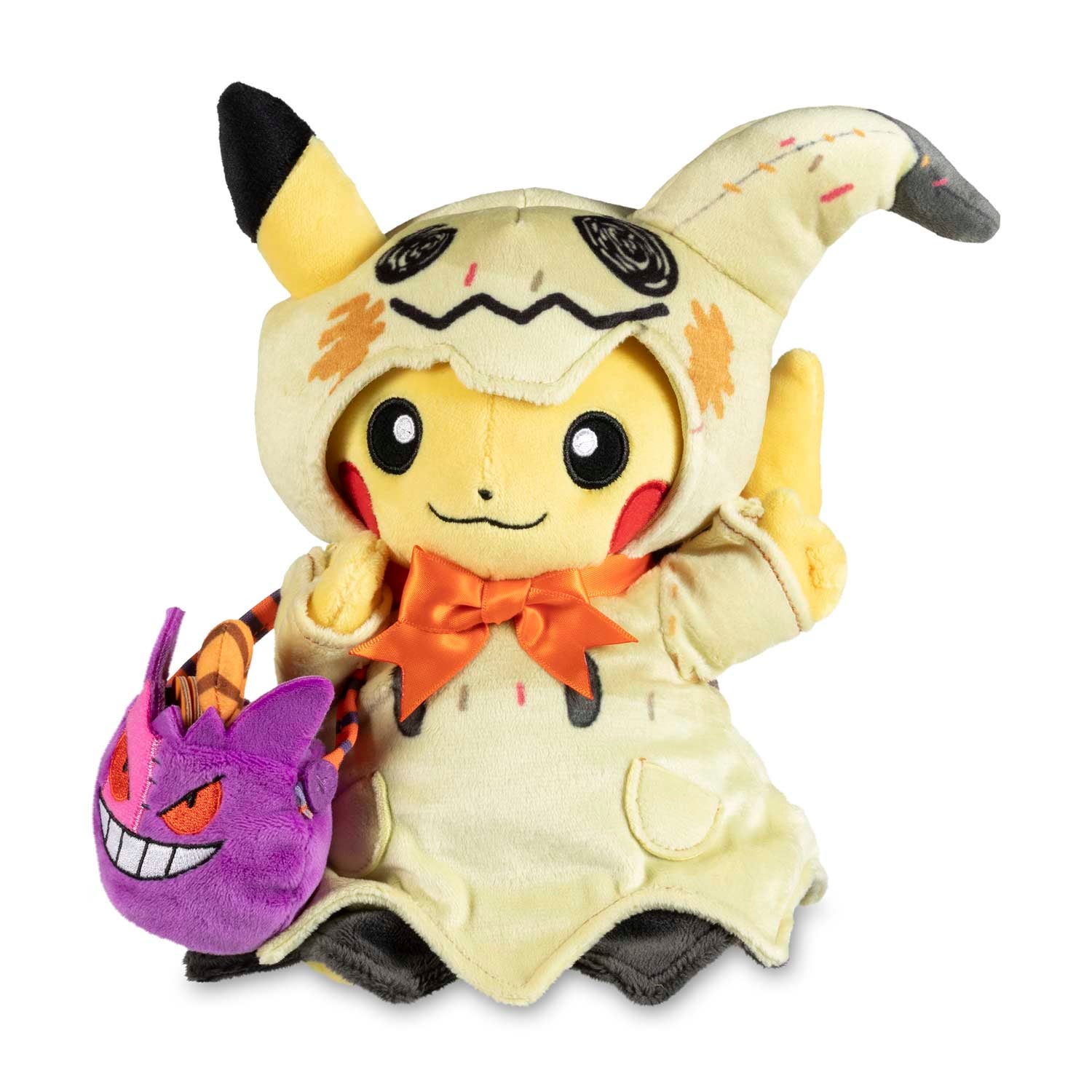 Imagine you are lonely. You feel like no one loves you. You idolise a more popular Pokémon, hoping to be cherished as much as they are. You go to a Halloween party, alone, and there is the most popular Pokémon ever dressed as you, surrounded by friends. Friends you will never have. That, ladies and gentlemen, is how serial killers are born. 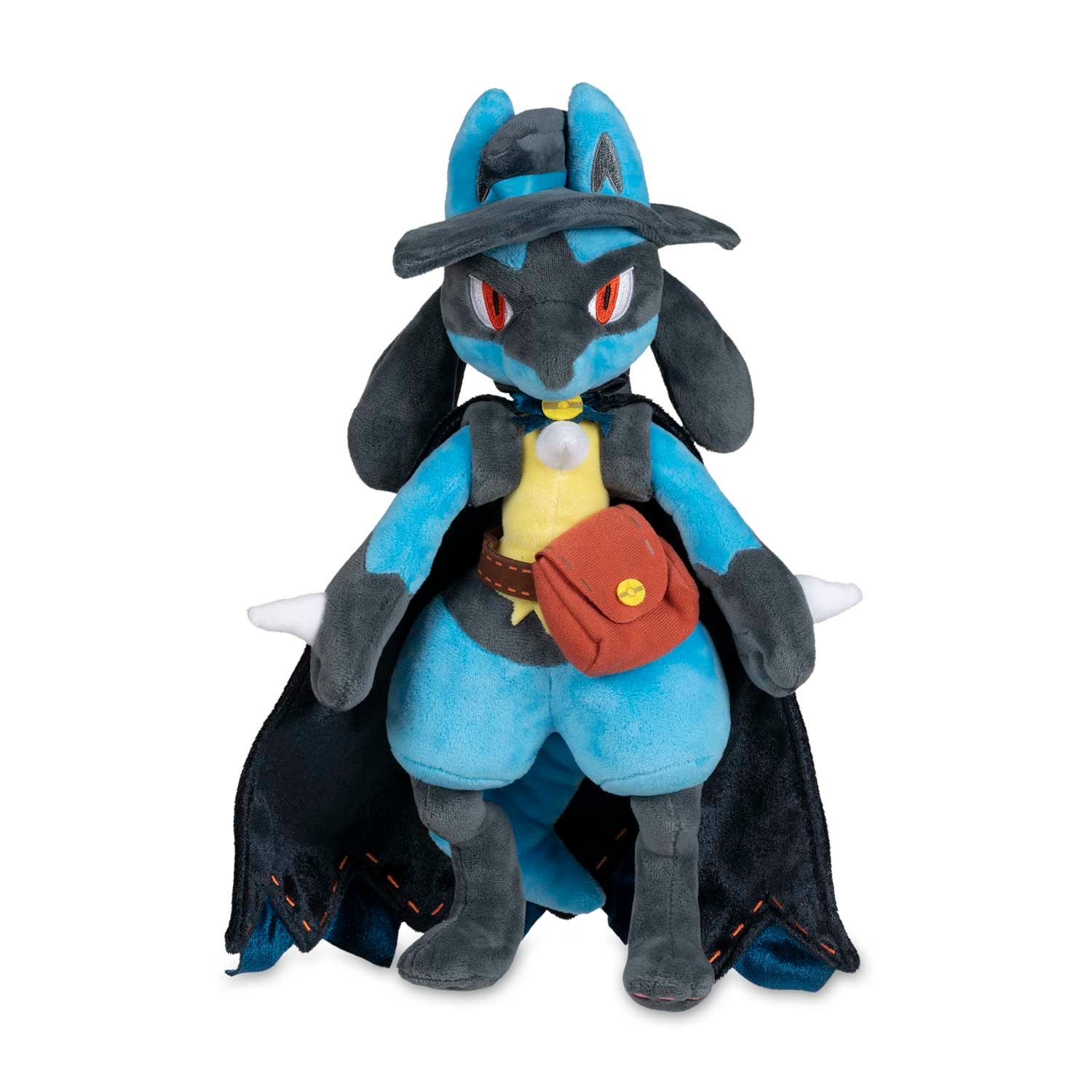 Lucario isn’t quite as menacing. He’s just sort of pimping it incredibly old school. I call him Lothario Lucario, and I suspect he has plans to sleep with my wife. Look at that cape. That’s a sleeping-with-my-wife cape if I ever saw one.

Meanwhile, at the other end of the LARPing grounds… 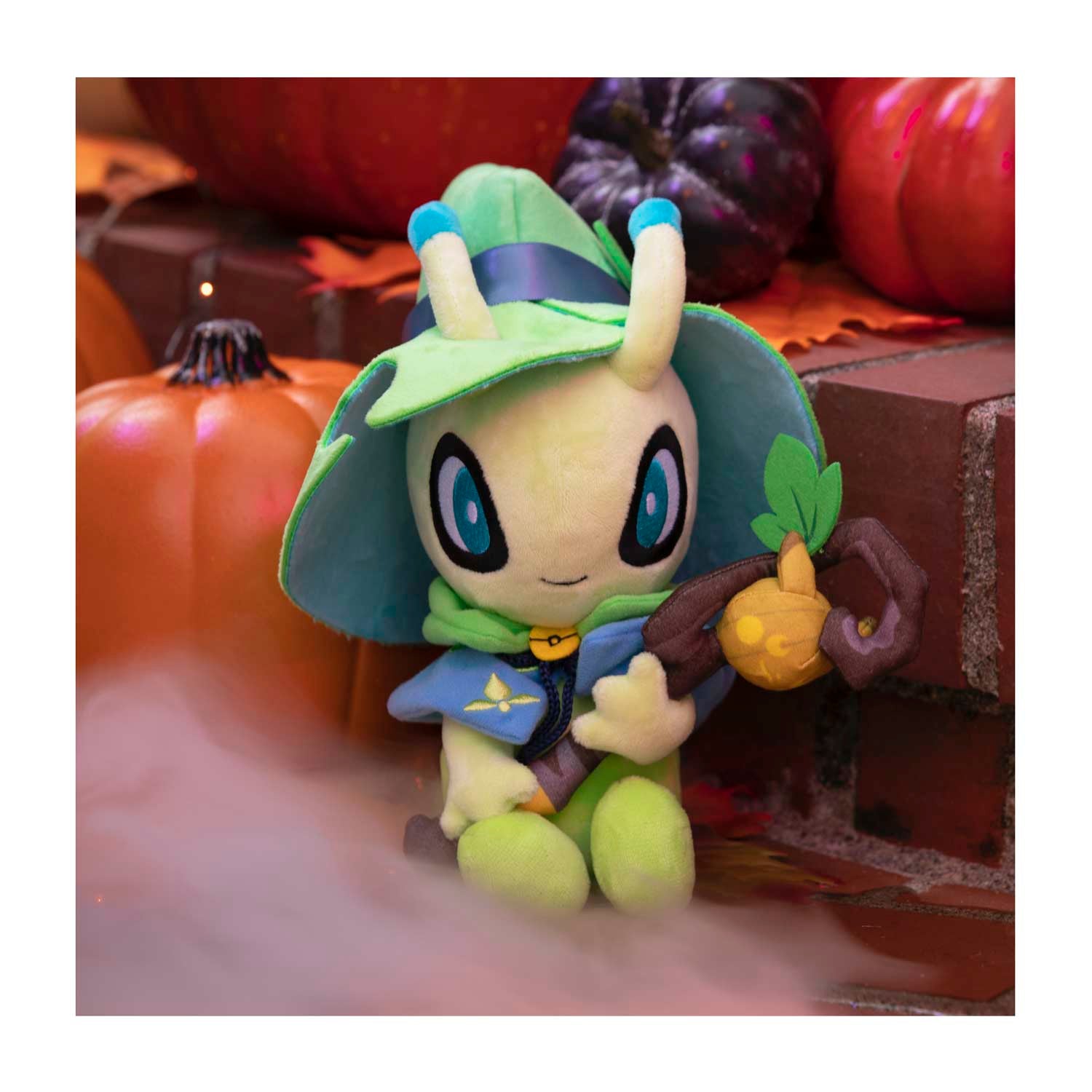 Celebi wants to know if you want to hang around after the Renaissance Fair closes. Things get “pretty wild,” it says. I’d be wary.

Can you spot the dead human face in this picture?

The remaining three new plushies for the season are pretty harmless. Bulbasaur’s Shedinja costum is incredibly on point. Zorua looks like it’s being eaten by a Crobat, which is a pretty cool effect. And Squirtle? Squirtle is just wearing a top hat and holding a wand. Squirtle is the guy who shows up late to the party wearing just enough to get free candy and booze. We all know a Squirtle. 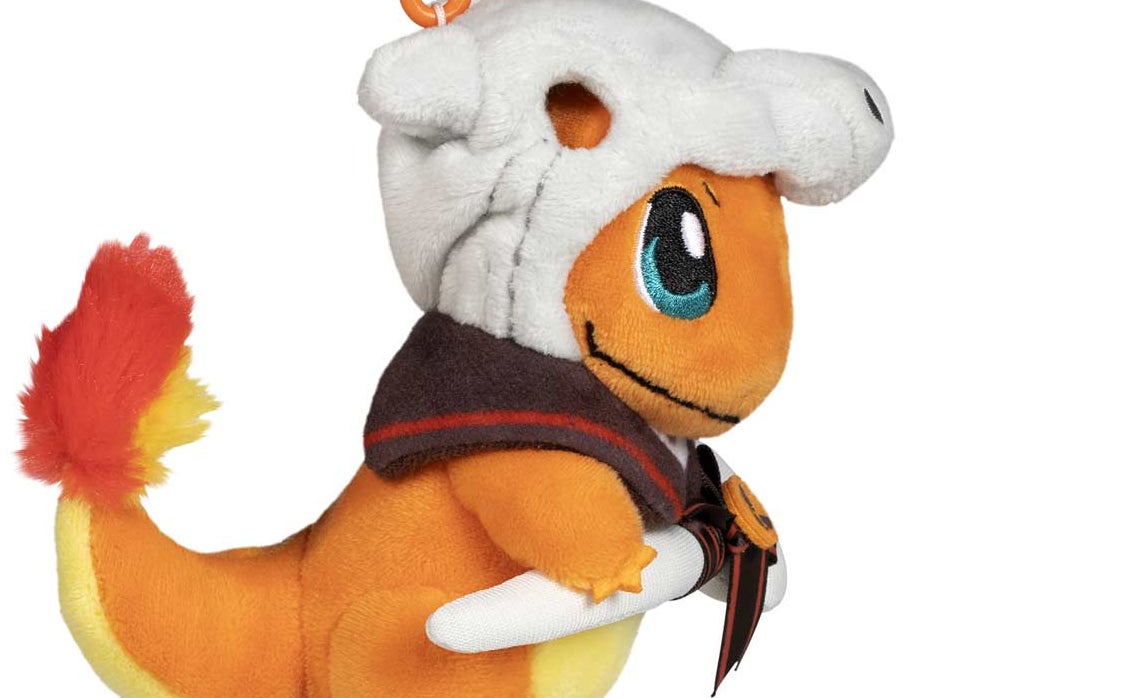 Hopefully we don’t all know a Charmander. It’s just wrong.