I Wish Games Didn’t Update So Much

Where a video game goes, a patch will surely follow. It wasn’t that long ago that updates were rare things, but today almost every game will get updated at some point — some far more than others. While it may sound strange, there are times when I wish that biweekly updates just weren’t a thing anymore. Sometimes I wish we could go back 15 or 20 years, when a released game was all we got, flaws and all. Even if that means unbalanced characters and buggy code.

I was trying to get back into League of Legends when I started to think that multiplayer games, in particular, update way too much. It’s gotten to the point that when you buy a new multiplayer title, you’re not actually buying a finished game. You’re buying a work-in-progress, that might play entirely differently a year from now.

League is a great example of this. It’s a game that I love — or at least, loved two years ago. Since I last played League regularly in 2017, it’s gotten so many updates, reworks, and modifications that just jumping into a new match is a hurdle.

Champions that I used to play regularly have been entirely revamped, meaning all my go-to strategies are useless. The map has been overhauled, meaning my jungling route is obsolete. And what happened to all the Runes that I spent actual money on? They’re just gone?

League isn’t the only multiplayer game whose updates have transformed the game. In Overwatch, I still have trouble playing Hanzo after a 2018 update removed his Scatter Arrows and replaced them with a rapid-fire ability. And since her release, Symmetra’s abilities have been overhauled multiple times, making her an entirely different character to play. The game I bought and learned how to play is no longer the one I own. 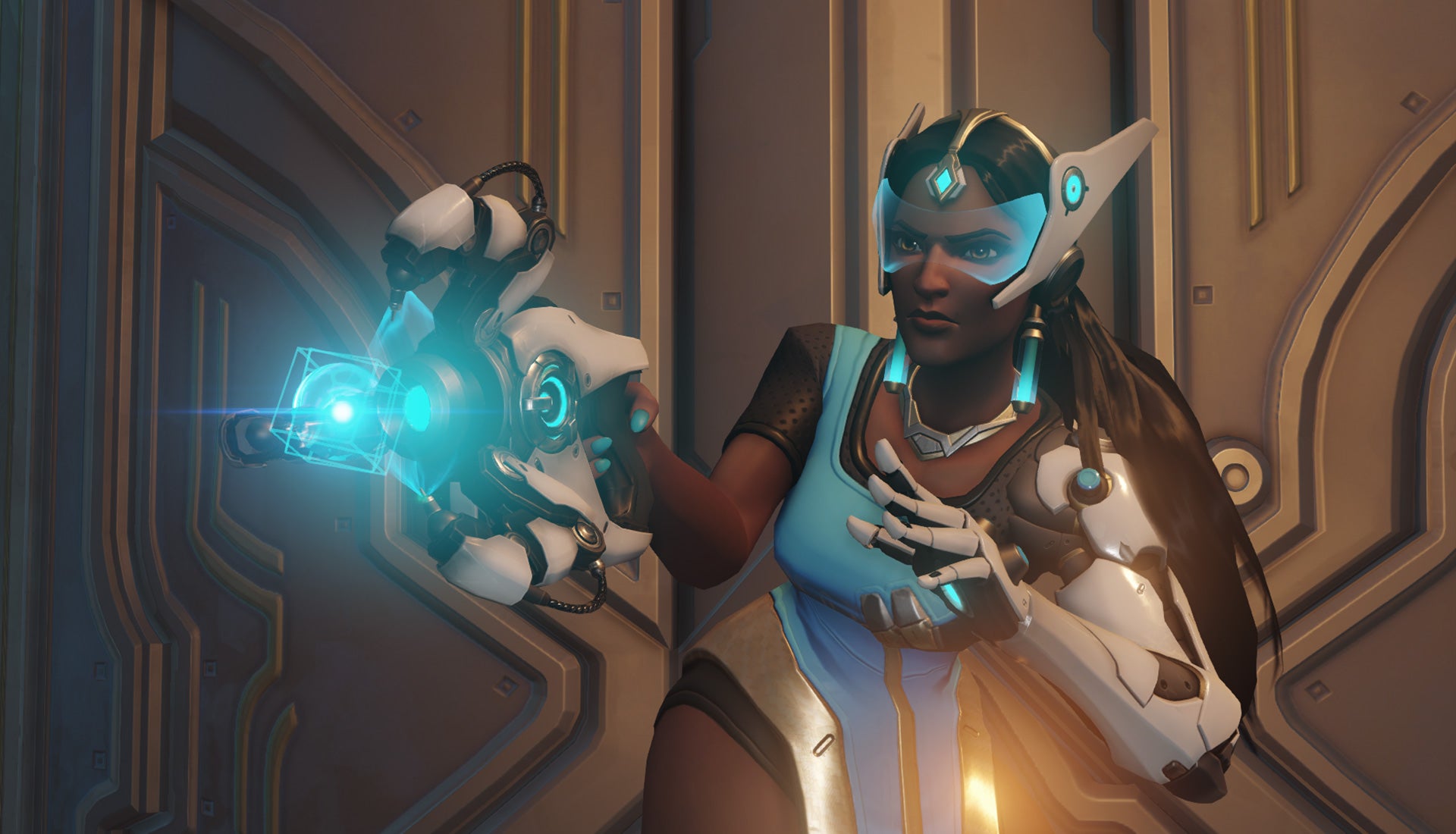 I feel guilty learning to play these games again after an absence, because I know I’ll be dragging the rest of my team down as I relearn everything. And just reading about the changes online means nothing without seeing them in practice. And the longer I go without playing, the harder it is to get back into it. It feels like the only way to stay up to date is to play constantly — something which I can’t always do.

It’s true that PC games have had patches and updates for a long time. Games like NetHack have been receiving updates constantly since the late 80s. Some companies would even mail users floppy disks containing the latest bug fixes.

But for console games, things were usually set in stone. If a game was found to contain a major glitch, publishers had to take drastic measures to fix it, like Nintendo did with the infamous Berry Glitch in Pokémon Ruby and Sapphire. Things changed forever in 2003, when Epic released a patch for the Xbox version of Unreal Tournament, which could be downloaded through Xbox Live — the first such patch for a console game.

There was a worry at the time that being able to fix any game’s bugs after the fact would let publishers ship unfinished games, maybe even ones rife with glitches, to be fixed later. Few people expected developers to instead start straight up rebuilding their games while people played them.

Yes, there will be bugs. Yes, things will be broken. But what’s wrong with that?

Bug fixes are supposed to make games easier to play. But with games like League, Overwatch, and Fortnite constantly updating and changing, this means that just keeping track of how to play my favourite games is a challenge in and of itself.

I know there’s lots of value in updating games often. For the people who play every day, it keeps the games fresh and exciting. It can help developers crack down on catastrophic bugs and annoying cheaters. There’s even a little offshoot economy propped up by their existence, the people on YouTube and Twitch who rack up millions of viewers by analysing each update down to the very last patch note. Updates have become so ubiquitous that even musicians are starting to embrace them.

But there are always going to be downsides. Whenever an update comes out for Apex or Overwatch, entire metas are destroyed in the blink of an eye, causing riots in the virtual streets for fans who liked the games they way they were. Often, bugs are created instead of fixed.

Overwatch and League patch notes specifically call out metas, and justify updates by saying that they’ll combat popular strategies. Why do developers have to destroy the strategies their players invent? It builds a cycle where players build metas, developers issue updates to change those metas, people complain that the metas don’t work anymore, new metas are made, new updates break them, and on and on forever.

And that’s not even mentioning the cost behind the scenes. When a game never stops being developed, developers never get a chance to rest. Employees at Epic, for example, are in a state of constant crunch, with some working 100-hour weeks just to keep pumping out updates. Fortnite will never be finished, will never stop changing, and will never stop requiring constant attention.

For all the value of updates, there is just as much value in a finished product that never updates. Yes, there will be bugs. Yes, things will be broken. But what’s wrong with that? The parts that would be patched out nowadays are often the parts that make those games so amazing.

Take Super Smash Bros. Melee for the GameCube. A large part of the reason it’s become such a fan favourite, I would argue, is because Nintendo never got the chance to update it.

The competitive Melee community became famous for building glitches and exploits into their strategies. Wavedashing and L-Cancelling, once obscure bugs in the game’s physics engine, have become staples of nearly every tournament match. I remember being seven years old, watching videos of how to pull these tricks off, set to Linkin Park’s “Breaking the Habit.” 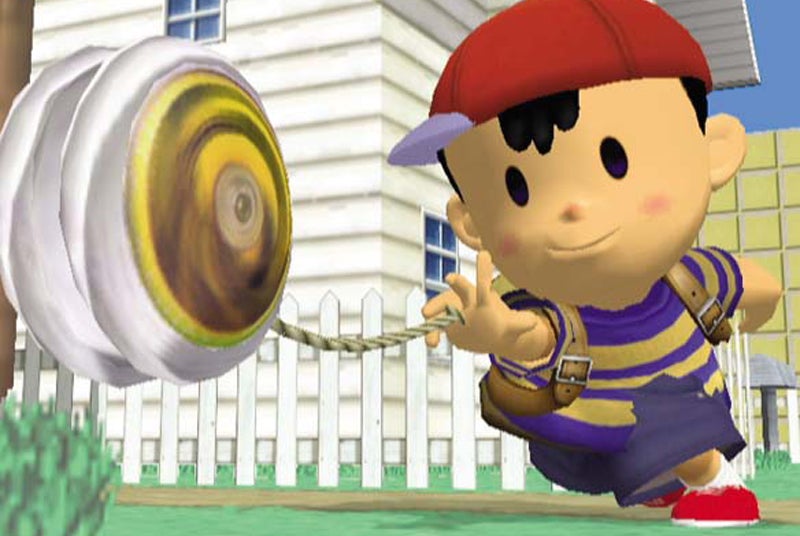 The characters are hopelessly unbalanced, but players made do. If you look at the history of Melee tier lists, you can see characters climb up and down. The meta evolved by itself, without any thumb on the scale from Nintendo. There were no patches or reworks, just fans coming up with new ways to play the same game. You can jump right back into Melee now, after years away, and you won’t have to relearn anything.

Compare this to Super Smash Bros. for Wii U or Ultimate, which — while definitely not the worst examples of update culture — have been subject to endless debates, memes, and complaints about which characters should be buffed or nerfed. Amazing glitches have been discovered, only to disappear with the next update. I love DLC characters as much as anyone, but I can’t help but feel nostalgic for how finite past games were.

Multiplayer games aren’t the only ones that constant updates can hurt. Obviously, with single-player games, there’s no longer the worry that I’ll be letting down my team if I take the time to learn new strategies. But crunch still exists, and single-player patches are often aimed at the things that make some games so fun: bugs and exploits.

Just look at speedrunning, where most of the top runners of single-player games rely on glitches and quirks to cut down their time. The Legend of Zelda: Ocarina of Time can now be beaten in under 17 minutes. Were it released today, I couldn’t see Nintendo leaving all its wrong-warping and sequence-breaking glitches unpatched.

I wish we could go back to a simpler time.

When a game doesn’t update, I only have to learn it once, not every other month. The game doesn’t completely transform behind my back, leaving me in the dark.

I know I’m not the only one who feels like this. How many parents are there that can’t dedicate so much time to their favourite games anymore? Or gamers without stable internet, who can only play occasionally? Some games now have entire builds dedicated specifically to people who can’t play often.

To be clear, I don’t think companies should just never update their games. Obviously, game-breaking glitches are bad, and getting new game modes and characters is always fun. But some games update so fast and so drastically that I can never settle down to enjoy it for all it is.

My favourite games won’t stop updating, and they shouldn’t. But maybe as games like Overwatch or League update, their developers can ease on the brakes a bit. Try to stick with what they’ve already released, instead of replacing whole characters or mechanics. Developers don’t need to release an update to match every small change in the meta — trust that players will enjoy the game enough to make do with what they have.

I wonder if a multiplayer game like that could succeed anymore, or if we’ve just gotten so used to the never-ending balance changes that such a game would be doomed from the start. There are so many games nowadays competing for our attention, after all, and updates keep our attention.

But sometimes, among all the arguments about what needs to be nerfed or buffed, added or removed, I wish we could go back to a simpler time — a time when we could just pick up our favourite games and play them, no homework required.

William Antonelli is a nonbinary writer from New York, and an Associate Editor at Business Insider. You can find him on Twitter @DubsRewatcher.