I play games because they give me pleasure, but sometimes, that pleasure comes specifically from a desire to master all of their secrets. Clear all the time trials, get higher ranks, collect all the goodies. Sayonara Wild Hearts, Devil May Cry 5, Monster Hunter World. Sometimes you just want to be the best.

The controls are simple; all you need to do is move your character and occasionally hit a button in time with the music to dodge, clash your sword, or perform other actions. It’s a mix of arcade action and musical games such as Rez and The Tetris Effect.

It isn’t easy to master any of the levels the first time around. Each of them has hearts and gems to collect that contribute to your final score, and once you’re familiar with a level’s layout, you can go back in and try to heighten your score further.

There are three ranks: Bronze, silver and gold. Sayonara Wild Hearts’ levels last anywhere between 30 seconds to a couple of minutes, and missing even a small smattering of gems can result in dropping a rank.

It isn’t a punishing game, and you don’t have to worry about your score. There’s even an option, which I disabled, to skip sections if you keep dying.

Chasing scores could arguably distract from the emotional spectacle on display. When I replay a level to chase after a higher rank, before finishing the whole game, it feels like I’m getting distracted. But I do it anyway.

I’m prone to this type of self-made distraction, sometimes at the worst possible times. When I reviewed Devil May Cry 5 this year, I would often replay an entire level to make sure I had an S rank, which is the highest score you can get for each individual chapter.

I did this while on deadline, and while it gave me more time with a fantastic game, it also got into the weeds a bit when I could’ve just beaten the game faster. But, damn, did I mess up and get hit by the demon king Urizen’s lasers? Guess I should try again.

There’s stubbornness in chasing high scores, a grit that is both admirable and a little misguided. It can be hard to know when it’s time to break the cycle and move on. 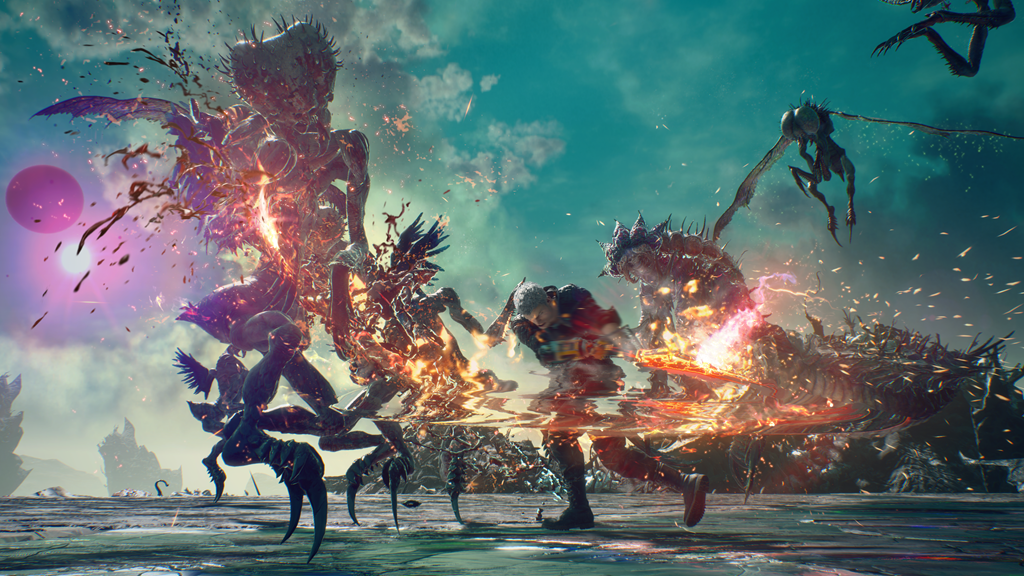 For Devil May Cry 5, this tension became more clear to me when the team released the Bloody Palace mode. It’s a 100-floor combat gauntlet that all characters could play. The top levels have super-hard enemy arrangements at their maximum strength. If you die, you start over from the bottom.

I clawed by way to victory as the brash swordfighter Nero, and I felt a hunger in me surge up. I needed to do it with Dante and the mysterious newcomer V, right? I had to beat it on all of the characters.

Or did I? In that moment, I instead took a breath and decided that Nero was enough.

These moments come and go as I play games. If there’s one thing I pride myself on, it’s trying new challenges, harder modes and optional areas. I complete most of these, but they take time, and sometimes, it can feel like a chore.

At first, it was fun to do Breath of the Wild speedruns. I learned stasis launches and optimal paths through shrines. But did I really want to dedicate myself solely to that? That, and I do have a job that requires me to stay up to date on other games. Eventually I needed to bow out, even if I learned a lot through my sloppy speedrun attempts.

When games such as Sayonara Wild Hearts or Devil May Cry 5 offer challenge and style, however? Well, I suppose I can spend some time trying to be perfect.

Grinding out high ranks or collecting trinkets can sometimes seem a waste of time, but it’s a compelling process nevertheless. It’s the reason why achievements and trophies took off the way they did.

A platinum trophy doesn’t really mean anything, and neither does a gold rank in Sayonara Wild Hearts. In the best cases, it’s an expression of how interesting you find something. Is this game so good that I want to play it until I’ve honed my skills to a mirror shine?

Last night, the answer was yes. I’m excited to get the rest of my high scores in this game. Like a good meal, you sometimes want to have every last crumb.