Mark Hamill Tells Us What Blue Milk Really Tastes Like 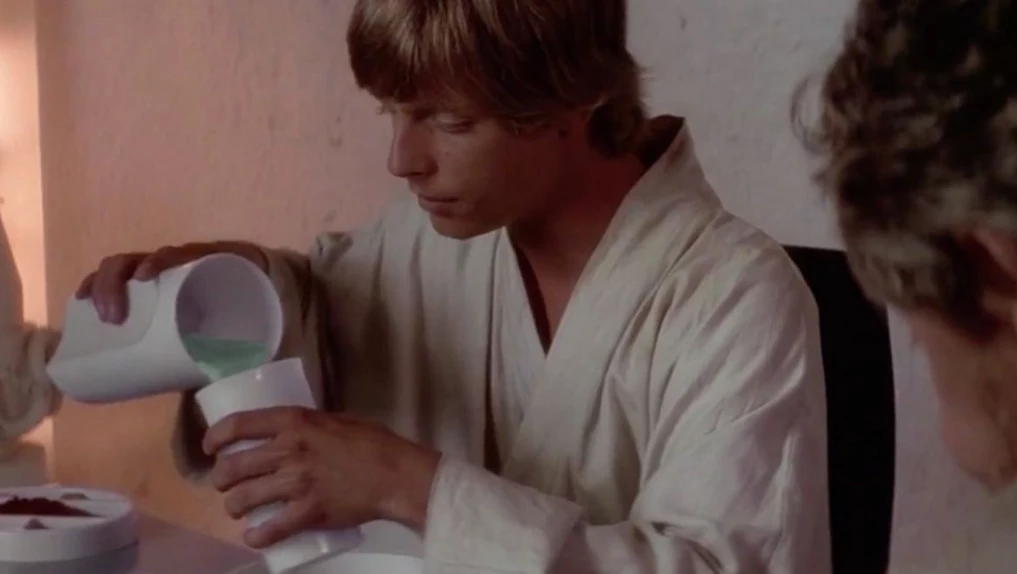 So, naturally, Mark Hamill had to try the blue milk in Galaxy’s Edge and compare it to the real thing. And, as he revealed on Twitter, the theme park stuff beats out the film.

"Note to self: Remember you're on-camera & Disney signs your paychecks."
(Honestly though: the warm, oily, sickly-sweet milk dyed blue from the movie was gag-inducing ????-while this frosty non-dairy drink tasted like a yummy fruit smoothie. ???? #GotBlueMilk? https://t.co/C4Qx1iFfMq

The milk he’s referring to is the milk he drank in A New Hope, which was apparently pretty disgusting. It’s not surprising: eating in films is often a pretty gross process, involving spit buckets and things that look good and taste terrible. Though it’s worth noting that the green milk Luke relished in The Last Jedi was a lot better. Apparently, it was just coconut water.

Well, now we know why Luke wanted to get off of Tatooine so bad. He wanted to find some milk that wasn’t disgusting. Glad he got the happy ending he wanted.