For over a decade, Minecraft has been a cultural juggernaut. Despite other major games sweeping up millions of players, like Fortnite and Roblox, Minecraft continues to quietly dominate. As of this week, the game now has over 112 million players every month.

That represents a jump of over over 20 million players since the last time Microsoft announced as much, back in October 2018 – an absolutely massive increase in players, considering the game has been available for over 10 years. The number includes players across game consoles, computers, mobile devices, and the education-focused version of the game.

Notably, Minecraft isn’t free on the many platforms it’s available on.

The tens of millions of new players Minecraft added in the last year all bought the game in one form or another, whether it was a direct purchase of a physical copy, part of Microsoft’s Game Pass subscription service, or a digital purchase. Image: Nvidia/Microsoft (‘Minecraft’ is getting a major graphics overhaul on PC which employs a burgeoning graphics technology called ‘Ray Tracing.’ Microsoft is working with NVIDIA on the update, using NVIDIA’s RTX graphics cards.)

Minecraft Is Getting Ray Tracing

Minecraft's long awaited graphics update might be no more, but the classic block-builder has still gotten a visual upgrade thanks to ray tracing.

The game has been a famously explosive phenomenon since early in its life; Minecraft started as a work-in-progress game, made by a single man (Markus “Notch” Persson). It had rudimentary graphics and controls. It was only available on PC. It was prone to breaking, because it was an unfinished game being made by a single person.

And yet, millions of people bought and played that early version of “Minecraft.”

When Microsoft bought the game back in 2014 for $US2.5 billion ($3.6 billion), the tech world was surprised and confused by the purchase.

But clearly that early success has persisted under Microsoft’s care across the past five years. 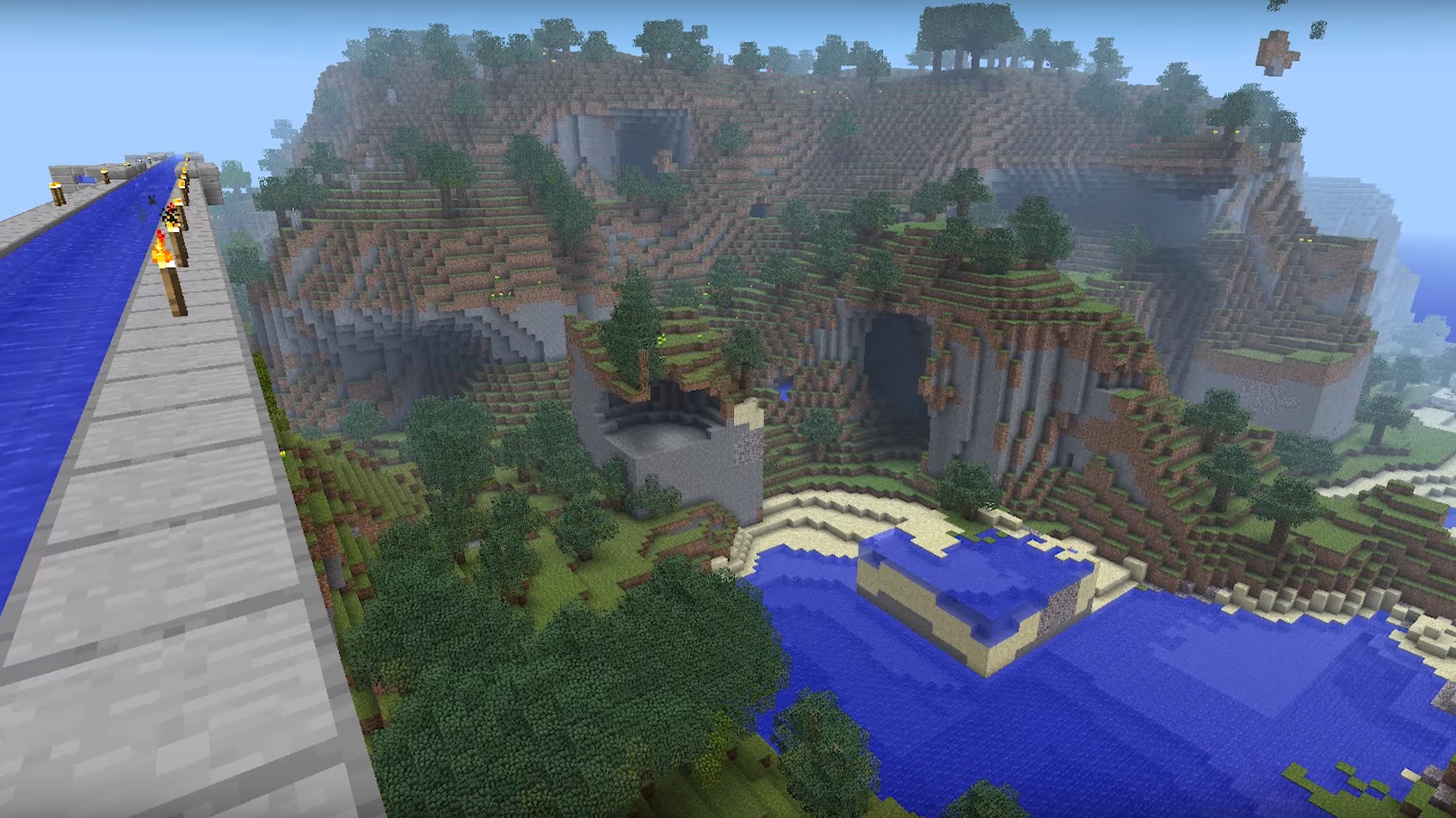 Five years ago, one YouTuber began a Minecraft Let’s Play unlike any other, one that spanned all the different versions of the game and examined how it changed over time. After a nearly three-year hiatus, it’s coming back, with a nifty trailer.

“What we find is that it’s a game that players keep coming back to,” Helen Chiang, Minecraft studio head, told Business Insider in a phone interview this week. “It may not always be the one that’s in the forefront, because there are a lot of great games that continue to come out, but it’s one that they love to return to.”

Why Minecraft has been such a hit

Someone Built A Working Plane In Minecraft And It Looks Terrifying

Over on the Minecraft subreddit, MrCatFace8885 has created a rather impressive and scary looking plane. Using Redstone, slime blocks and pistons, MrCatFace8885 was able to build a working plane in Minecraft without special mods. Though I’m not sure I would actually want to fly in this loud, convulsing contraption.

It’s a system for fitting pieces together to create something – sometimes amazing somethings – from nothing. Minecraft provides endless building blocks and a blank canvas; it’s up to you to create something incredible, or silly, or referential, or whatever else using the tools it provides. The tools are blessedly user-friendly, as are the systems for employing those tools. With that in mind, it’s easy to understand why Minecraft has been such a hit. That it’s graphically rudimentary and simple to play just makes it all the more accessible to a massive audience – over 112 million people every month, apparently.