Monkey Pukes On Developer During Sea Of Thieves Livestream 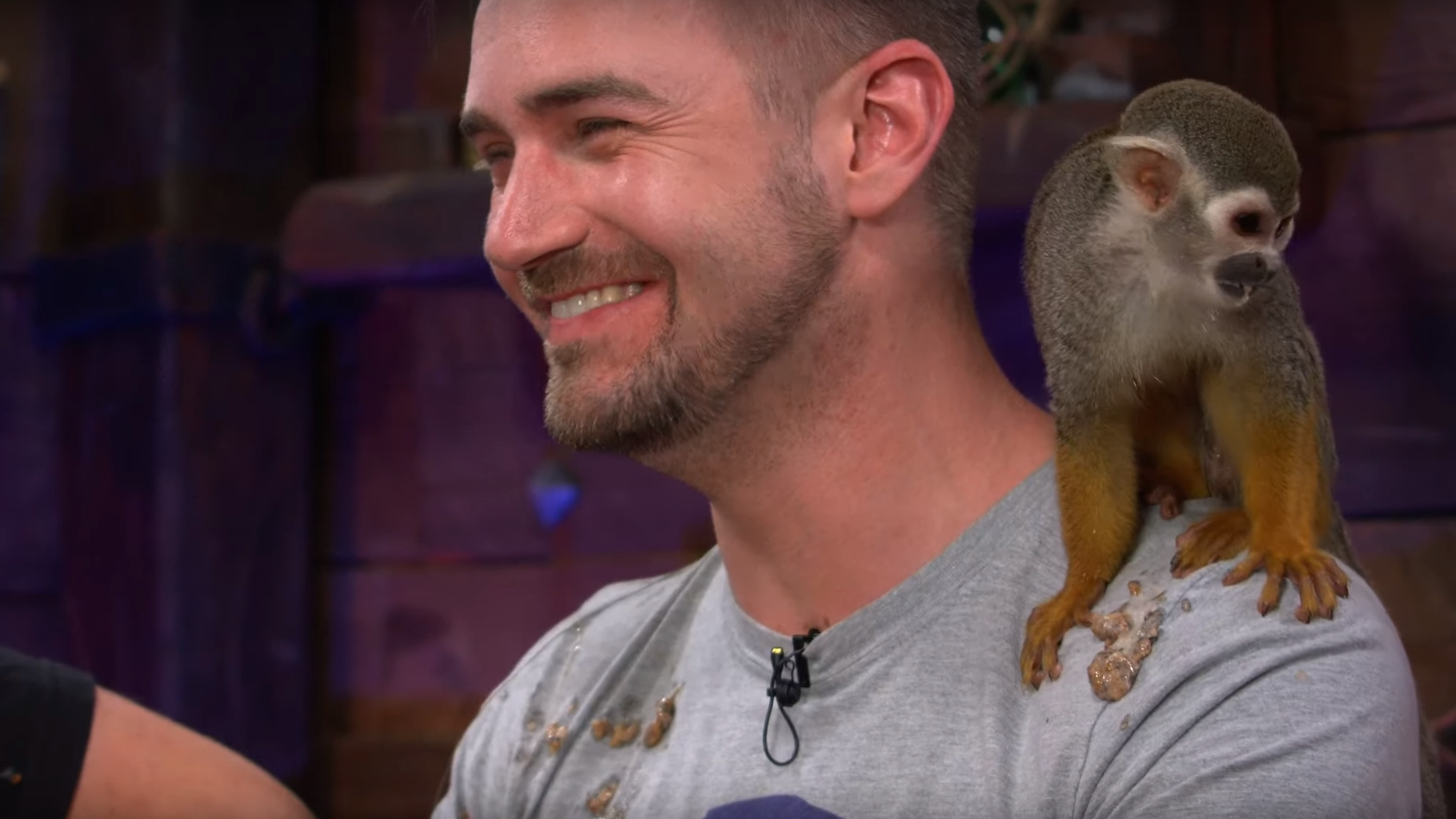 Today some Sea of Thieves developers did a livestream to discuss the game’s new store and purchasable pets. They were joined on stream by a monkey. The monkey threw up on a developer.

For most of the stream, Antonio the spider monkey seemed content to sit on people’s shoulders and eat mealworms thrown to him by his handler. He seemed like a chill monkey, and his handler said that he’s very relaxed around humans. He took a particular liking to developer Rare’s video manager Jon McFarlane, who was sitting on the far right.

As senior producer Joe Stevens joined the stream to go over the features that are being added to the game along with pets, Antonio the spider monkey hopped over to McFarlane’s shoulder and threw up on his face, chest and arm.

He then jumped to McFarlane’s other shoulder to throw up some more. “A great choice to wear a grey t-shirt,” McFarlane said after he cleaned his now monkey puke-stained shirt with a napkin. Check it out in the video below at around 27:46.

You know when you see something and you think, “They must have prepared for a particular scenario that is very likely to happen,” and then they just haven’t, like that kid trying to cut open an apple with a samurai sword next to an inflatable pool? The people involved must have known something would go wrong, but no one stopping it makes it all the funnier. “That is what we expected to happen,” one of the developers even says as everyone smiles politely through the situation.

Wild animals do not give a shit about human decorum, and monkeys, who are especially smart, love to fuck with people. I love this clip and will cherish it forever. Hopefully Rare picks up McFarlane’s dry-cleaning bill.