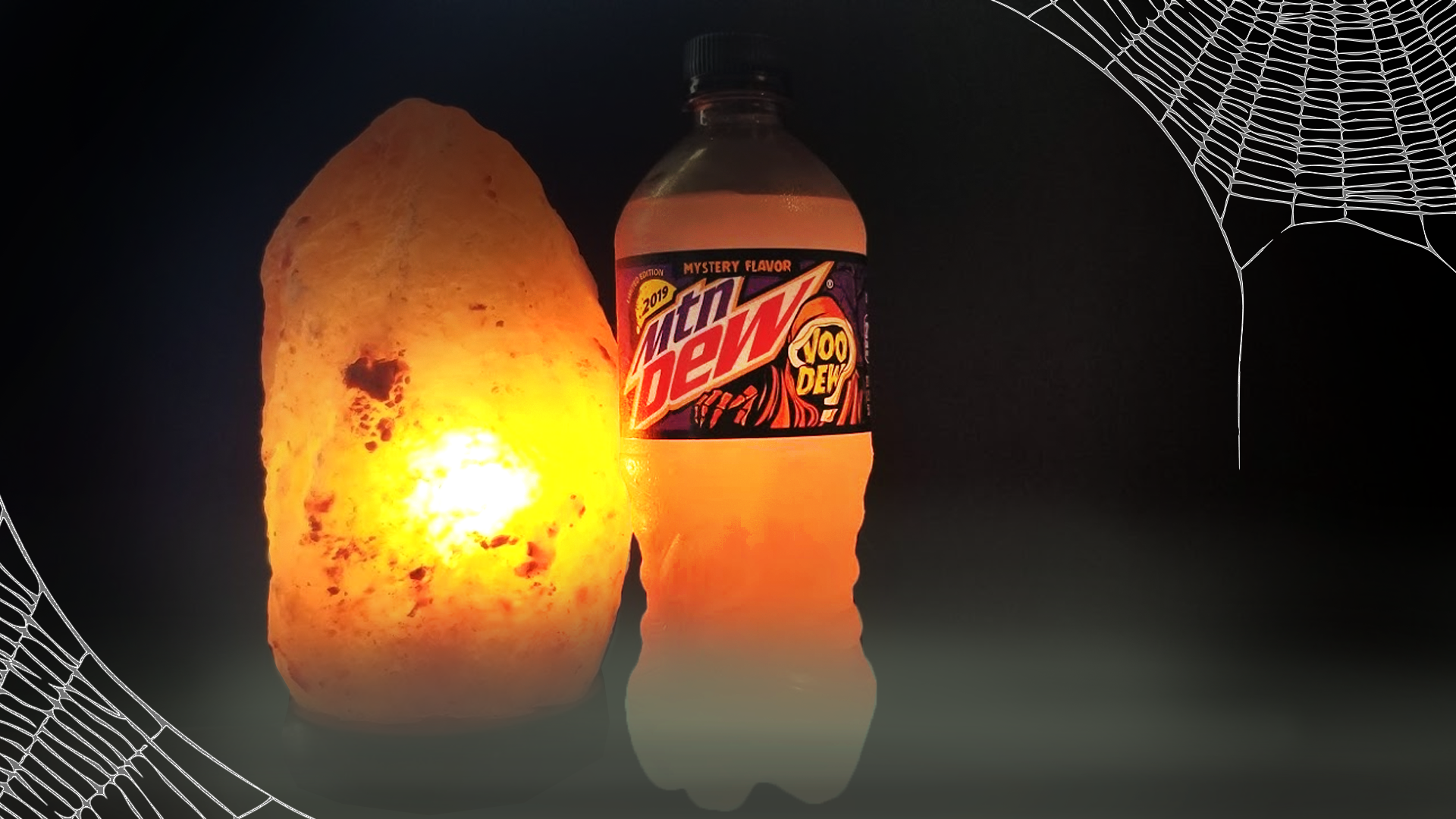 We are only a few days into September, but it seems the Halloween season is starting. Stores are already starting to sell Halloween decorations. So to celebrate the spooky season, a new flavour of Mountain Dew, VooDew, has recently hit shelves in America.

Editor’s Note: Whether or not VooDew will hit Aussie shelves is still a spooky mystery, but feel free to enjoy Zack’s first impressions while we wait on a verdict.

Mountain Dew’s latest flavour, VooDew, is actually a mystery flavour. The bottle is filled with a milky white liquid. It reminded me of Mountain Dew White Out when I first spotted it in a local petrol station. The drink isn’t the most appetising looking thing, but it does suit the spooky theme. So does the artwork, which looks really nice and reminds me of something that might have appeared in the late 80s on a Halloween poster.

Mystery flavours always make me nervous. I have had some really bad experiences with weird, mystery flavours. It doesn’t help that the first taste of an unknown flavour is always like a punch to the face. So I opened the bottle of VooDew, nervous but ready.

The smell that came out of the bottle was very fruity and almost reminded me of cotton candy. I took a sip and hated the taste that entered my mouth. Overly sweet and fruity. I reacted by making a strange face that I wish I had captured on film so you folks could laugh at me.

Like I said, mystery flavours punch you in the face. Your brain doesn’t know what to think and in this case, the colour doesn’t match the flavour at all. So my initial reaction was to slam the bottle shut and shake my head. However, I took a few more sips and after the initial shock of that first gulp of VooDew, I found myself enjoying the drink. The flavour reminds me of an orange cream soft drink, with a bit more acidity and sweetness. It certainly has an aftertaste that reminds me of orange soft drink.

Luckily, I love orange cream soft drink, even if I try to avoid drinking it these days. (Outside of reviews and when I go to the theatre to see movies because I can’t resist some soft drink and popcorn.) So VooDew ending up being a pleasant surprise. I ended up drinking the whole bottle and I might grab a second one as a late-night treat during Halloween. 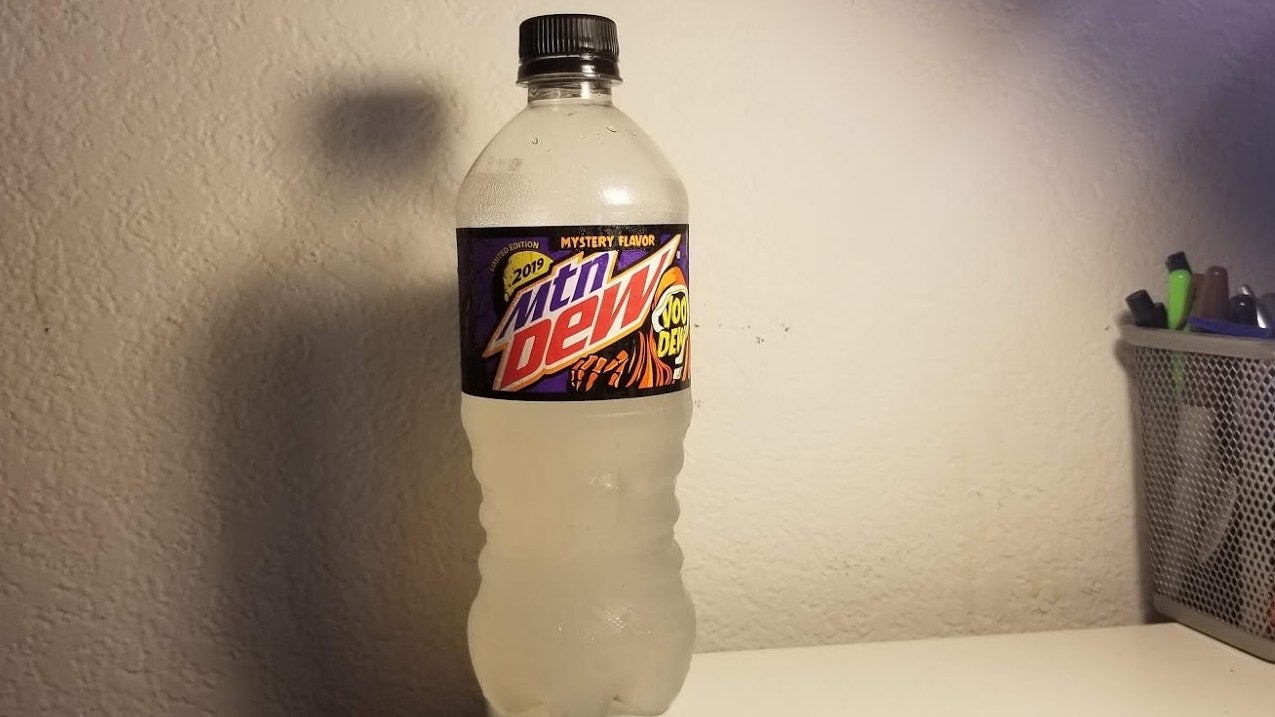 This isn’t Mountain Dew’s first Halloween themed drink. Years ago they did Pitch Black and Pitch Black II. I loved the first Pitch Black, but didn’t like the sequel. I’d probably put this new VooDew flavour above both of them.

I’m excited for the spooky season to begin and VooDew was a great start. Bring on Halloween candy, costumes and scary movies. Spring can’t get here soon enough.