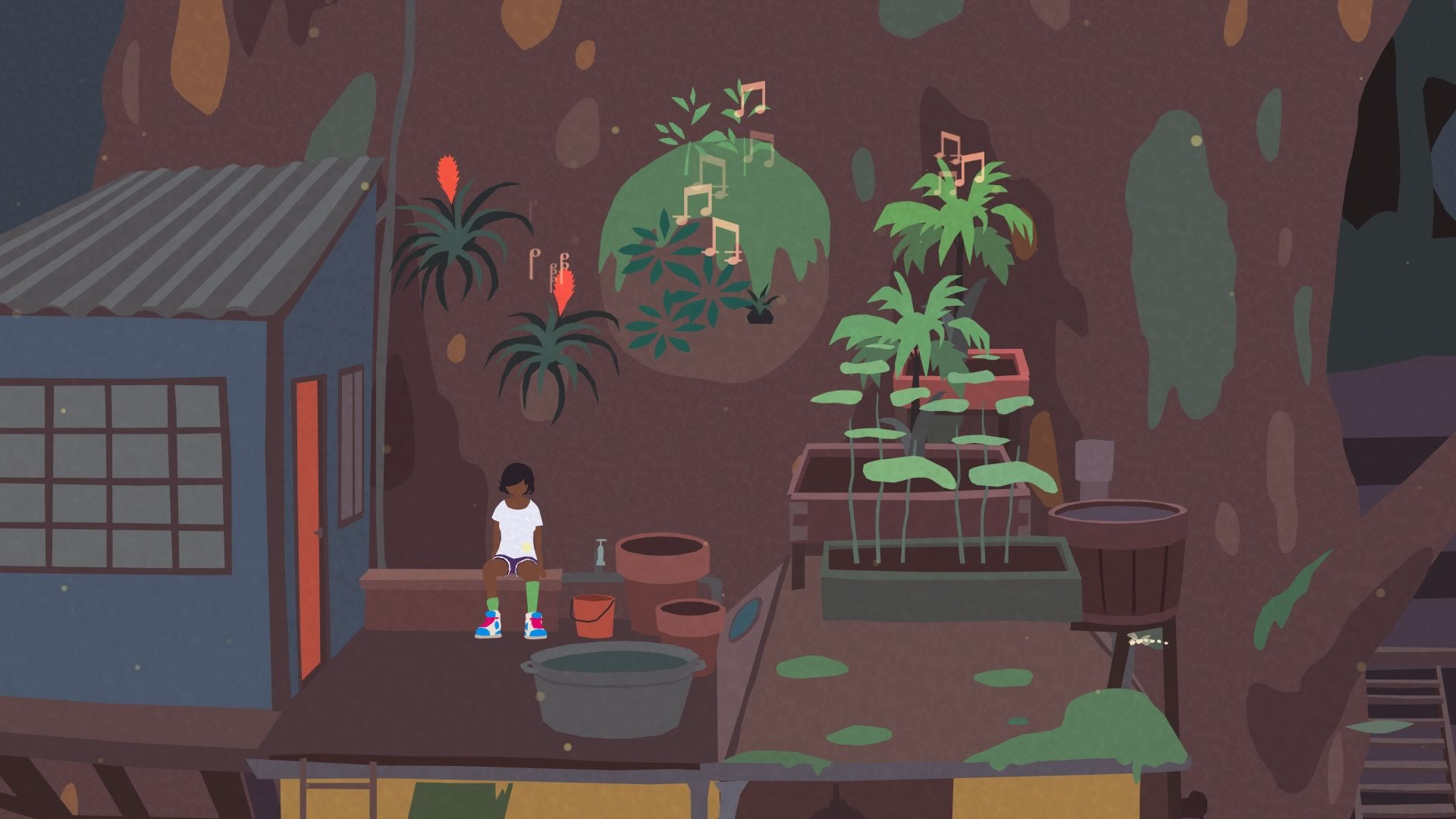 Mutazione, an indie game from Die Gute Fabrik out Friday on Steam, Apple Arcade and PlayStation 4, does a lot of things well, but what really caught my attention was how it captured the magic of growing plants. To see a plant grow from a cutting into a fully formed plant, to see the sprouts of new leaves, to see flowers budding, and to know that it was all because of my tender care gives me a profound sense of calm. I keep buying new plants — slowly but surely, my apartment is being overtaken. Mutazione is about growing plants, and more importantly, it’s about finding that feeling of calm. For frame of reference, here are my darling plants. 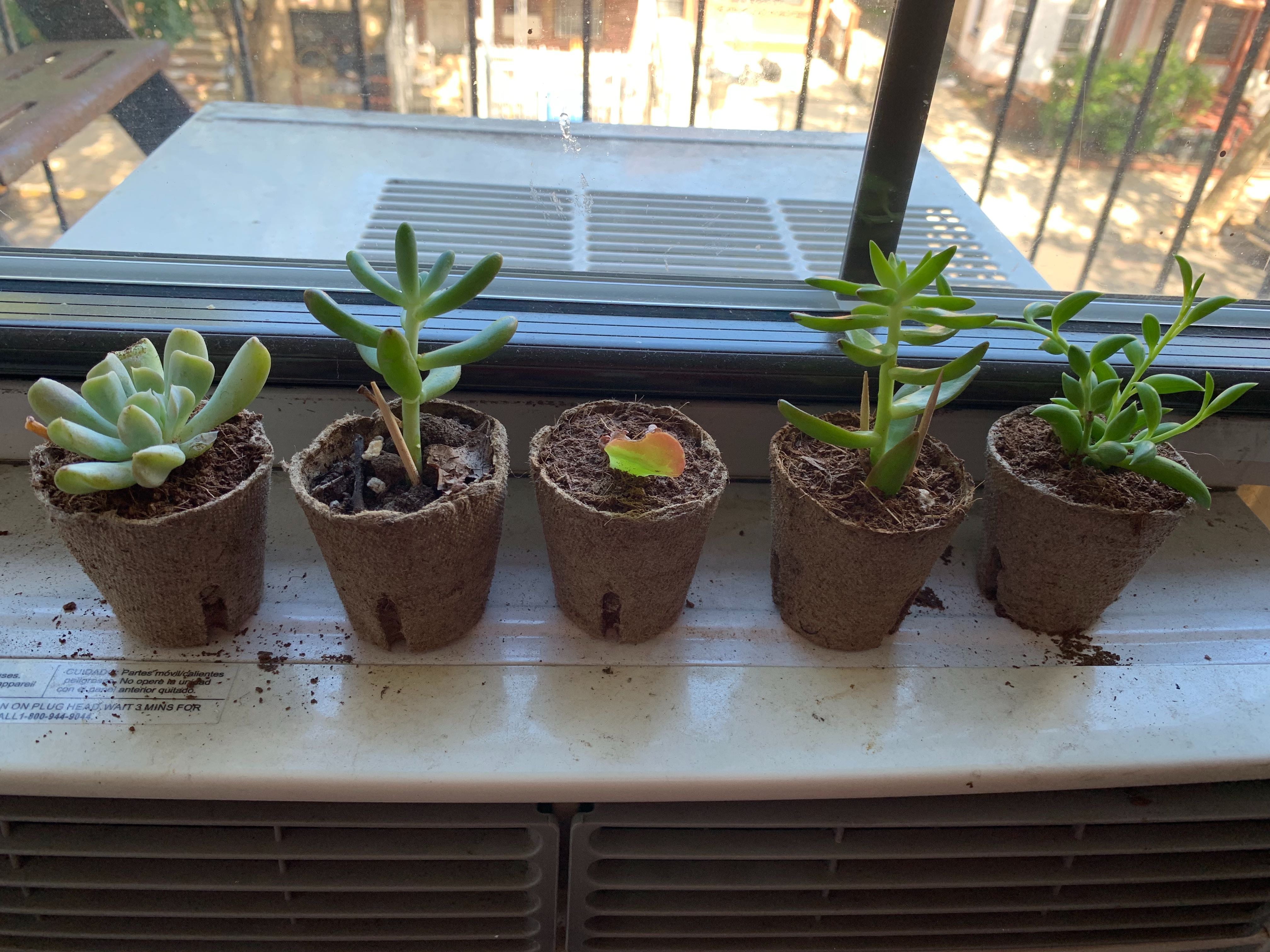 In the game, high school student Kai is sent to the island of Mutazione to meet her dying grandfather. Mutazione was hit with a meteor half a century prior to the events of the game, and the remaining inhabitants mutated into humanoid but inhuman creatures. It sounds scary, but really, they’re just trying to keep their little island community alive, despite the suspicion and fear from the mainland.

Kai’s grandfather wasn’t a mutant — he came to Mutazione as a scientist and then just stayed there. As Kai gets to know him, she learns a more and more about the strange island and her grandfather’s past. Specifically, she learns that her grandfather was more than just a healer there. He’s a Shaman, and he wants to teach her his skills, in particular the skill to create harmonious gardens, singing to them to make them grow faster. 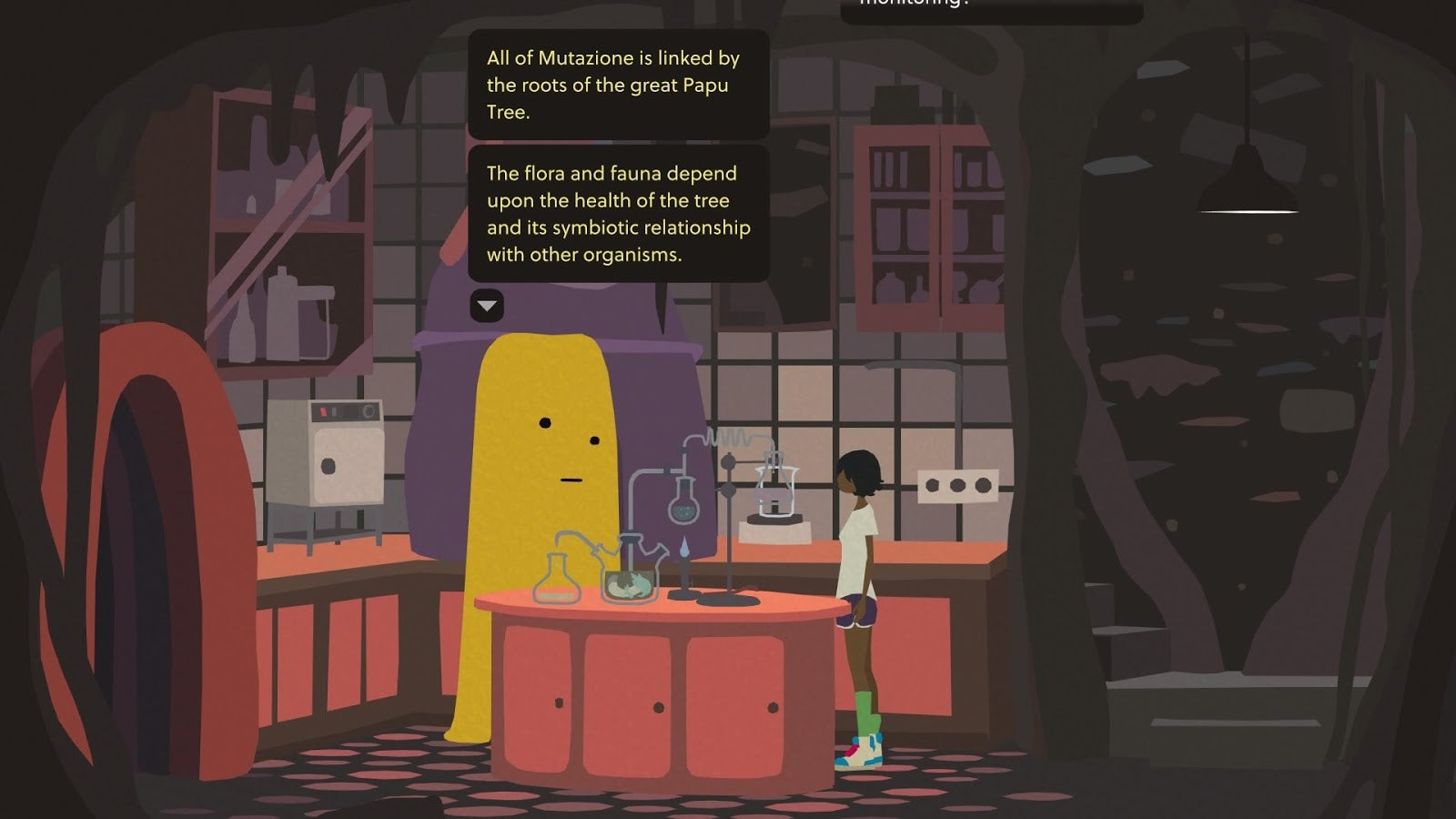 Mutazione guides you through these mechanics slowly, meting out information about Kai and her family in casual dialogue and overheard conversations. The mystery is intriguing, and the island inhabitants are all engaging characters. I especially like Jell-A, the gelatinous mutant that lives in a cave. But I am 100 per cent here for growing the plants.

All the plants in Mutazione have a preferred place in the garden plot on top of your grandfather’s house, and they also all have a preferred song and are associated with a type of instrument. My first garden was composed of plants that all sang the Pacific song, a sparse, warm melody no longer than something Link would play on his Ocarina.

By looking at the seeds I’ve collected, I can tell there are plenty of songs I haven’t heard yet. Some are Ethereal, some are Spooky, some sing a song of Wanderlust. But when you sing these songs to the plants, they harmonise, playing the tones of the instrument they’re associated with. Sometimes I like to just listen to their tunes on the rooftop.

I’m interested in the mystery of Mutazione island and Kai’s family. More than that, I’m hoping that tending for plants can give Kai the peace I feel when I do it in real life. If only my own plants sang to me — I’d never leave them alone.