Good news and better news for fans of Plants Vs. Zombies: Garden Warfare. Today EA officially announced Plants Vs. Zombies: Battle for Neighborville, a brand-new third-person shooter that expands the never-ending conflict with co-op units, explorable free-roam areas, interactive social hubs and more. Even better, fans who purchase the Founder’s Edition can start playing it today on PC, PlayStation 4 and Xbox One.

Judging from the announcement trailer, Plants Vs. Zombies: Battle for Neighborville has everything fans love about the Garden Warfare series and a lot more. Both sides of the conflict gain three new characters, including two new co-op classes that allow players to team up and battle together.

Along with normal team-versus-team modes, Neighborville has three free-roam maps for players to explore and an amusement park-themed social area where players can fight the enemy or fiddle around with mini-games as they please. In short, it looks like my jam. 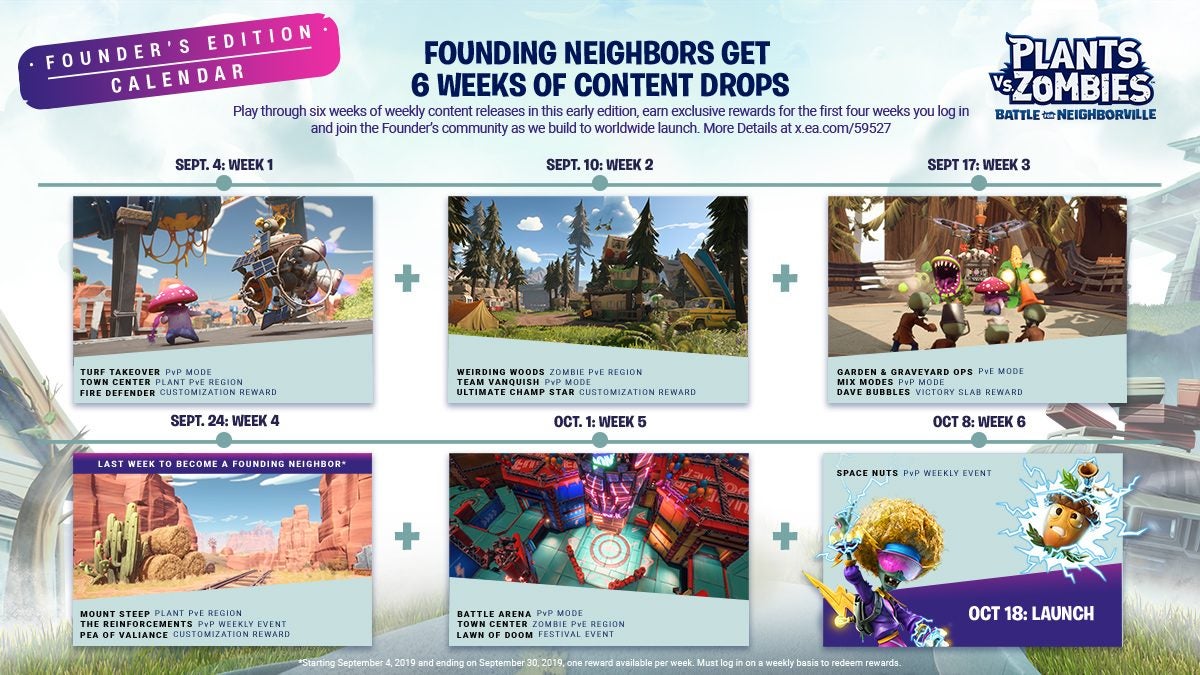 Founders Edition players will get access to the full game when it launches, and all of their progress from the six-week preview will carry over. What a strange way to start playing what looks like a very strange game. It’s also economically sound, as the non-founders version of the game will cost $15 more.

Check out the official Plants Vs. Zombies: Battle for Neighborville website for more information while I go and make sure my copy of the first Garden Warfare game is still where I left it.