New Streaming Mic Displays Emoticons, Because Why Not 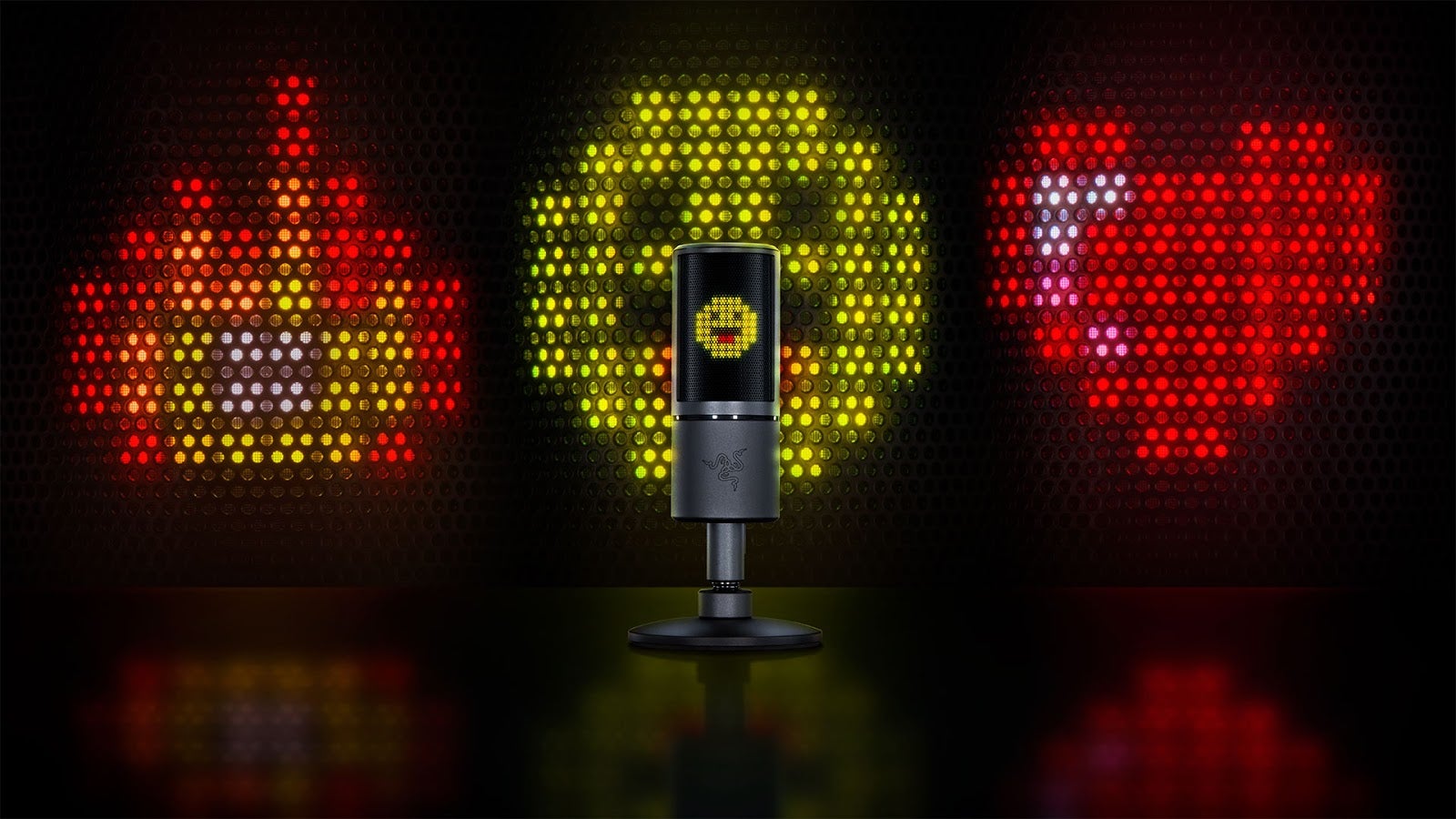 A large percentage of on-camera streamers share the screen with microphones that do nothing but sit there and capture sound. Razer’s new Seiren Emote, announced today at TwitchCon, comes with a built-in 8-bit emoticon display that can link to Twitch and react dynamically to subscriptions, follows and chat messages.

Using Razer’s Streamer Companion App in conjunction with the $250.95 hypercardioid condenser microphone, streamers can quickly and easily set up custom reactions to all sorts of Twitch actions.

Animated emoticons can play when users subscribe, donate or follow the streamer. Multiple emoticons can be set to play at once when triggered. Twitch streamers can create their own custom emoticons and set them to go off when viewers type in certain words or phrases, building their brand and engaging with the community at the same time.

The software, currently in beta (it’s now available for download here), is easy to use. I don’t stream regularly myself (I’m working on it), and I quickly connected to my Twitch account and set up an emoticon to play when someone followed my channel. 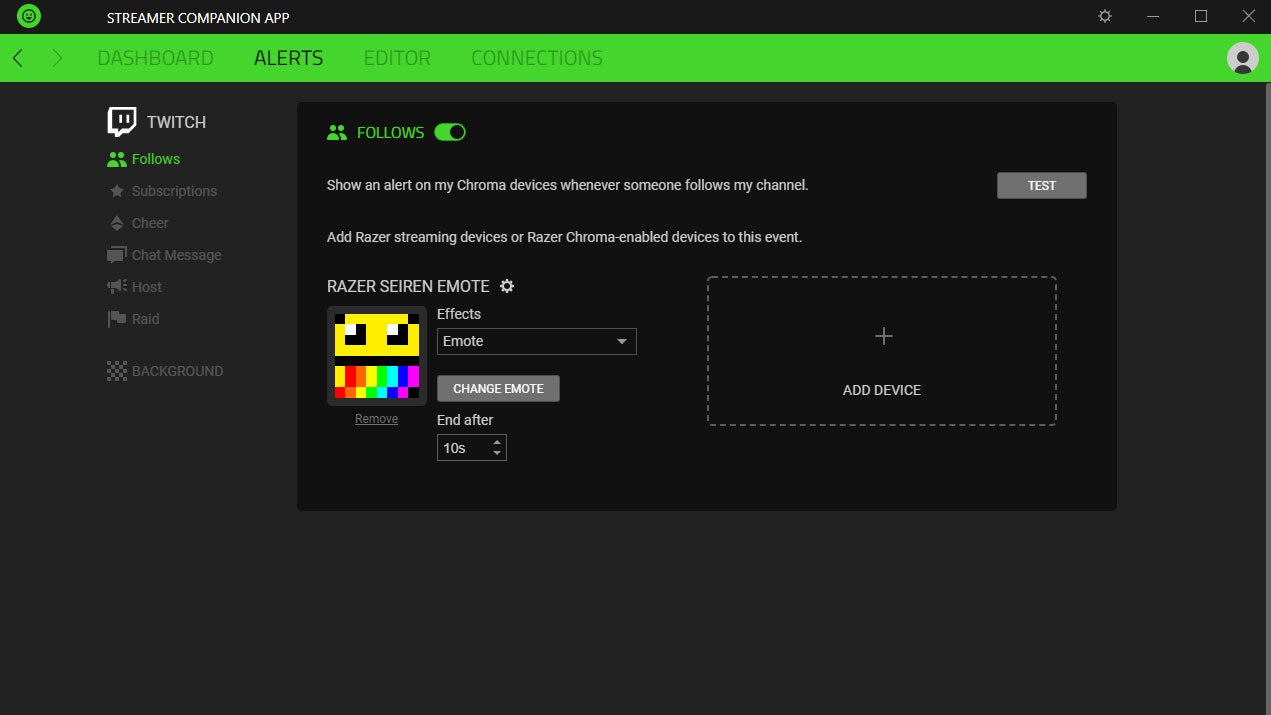 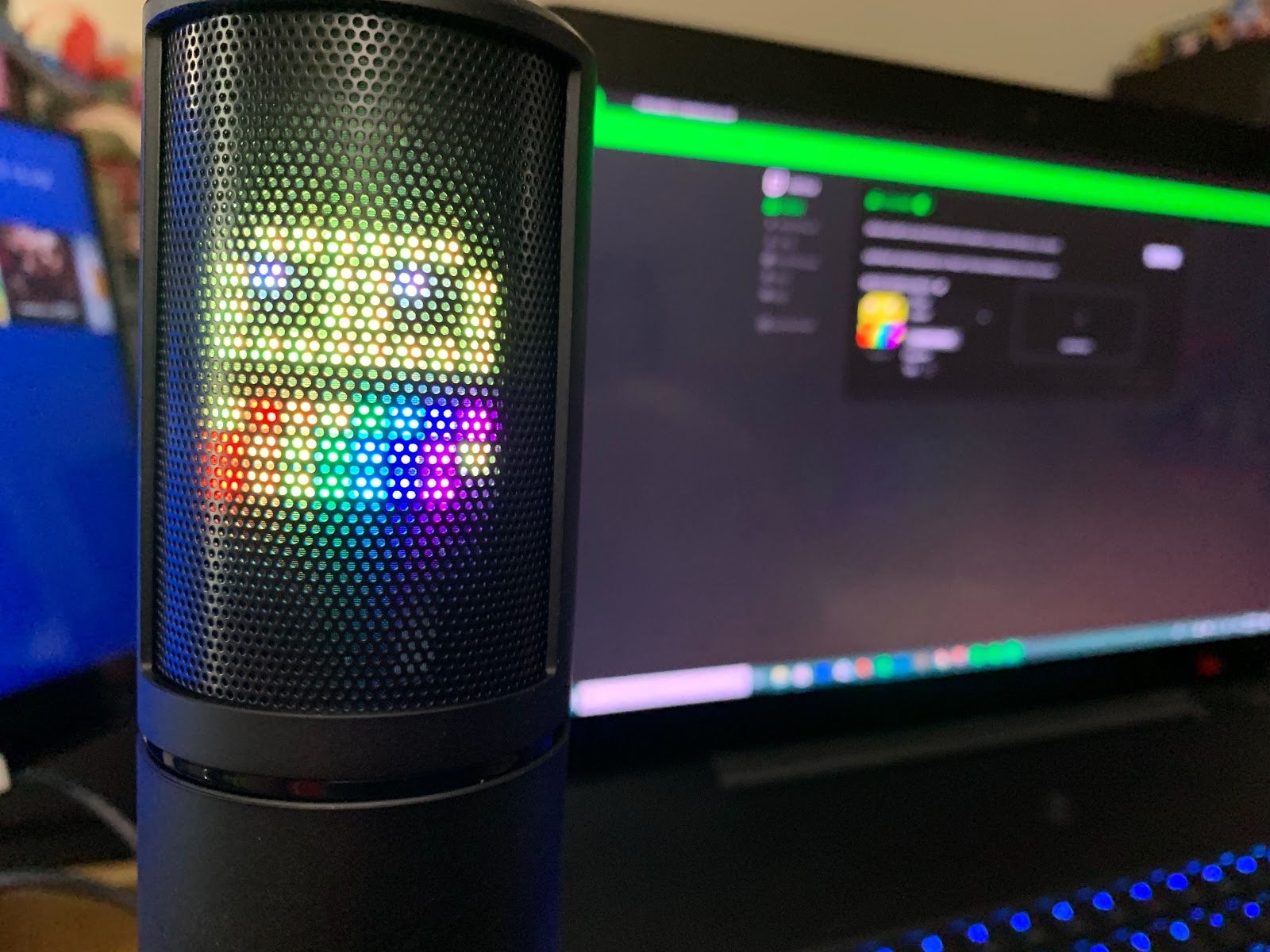 Razer’s Streamer Companion App isn’t only for the Seiren Emote. A wide range of devices can be linked up, from Razer’s upcoming lighted Kitty Ear Kraken headset and other Chroma lighting-enabled gear to Philips Hue bulbs and those cool lighted wall panel things my wife won’t let me buy.

During an online demonstration of the software earlier this week, I watched a streamer’s room explode with light after I typed into their Twitch chat. It was pretty impressive.

Along with providing a nifty little light show, the Razer Seiren Emote is also a very lovely microphone. It’s quite similar to the non-lighted Seiren X, with its built-in shock mount and slim form factor. Along with the default short stand, the Emote also comes packaged with a gooseneck extension for added height. 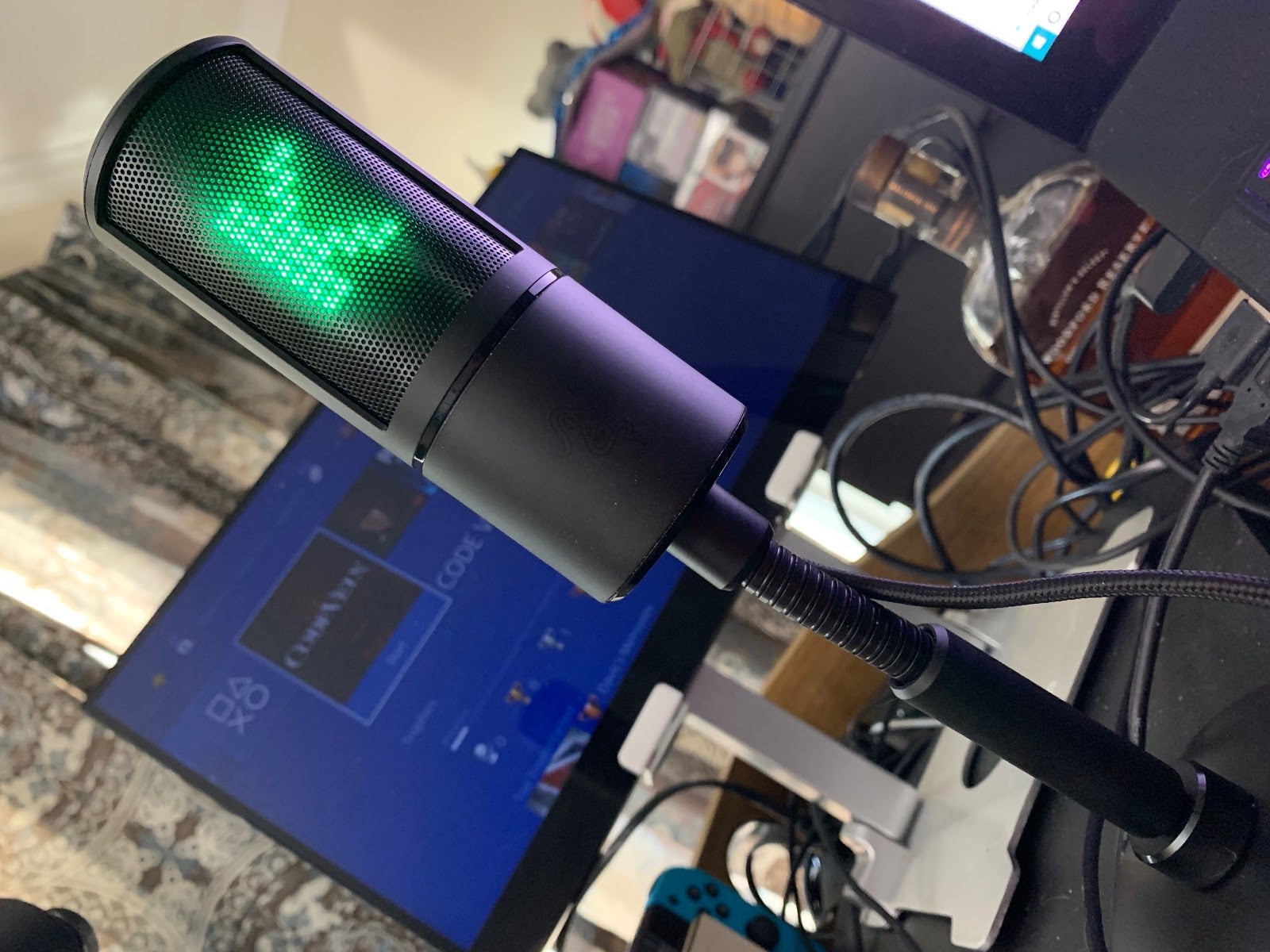 As someone who prefers hiding behind their microphone during live broadcasts, I am fully prepared for my input device to take centre stage. You can find out more about the Seiren Emote over at Razer’s website.