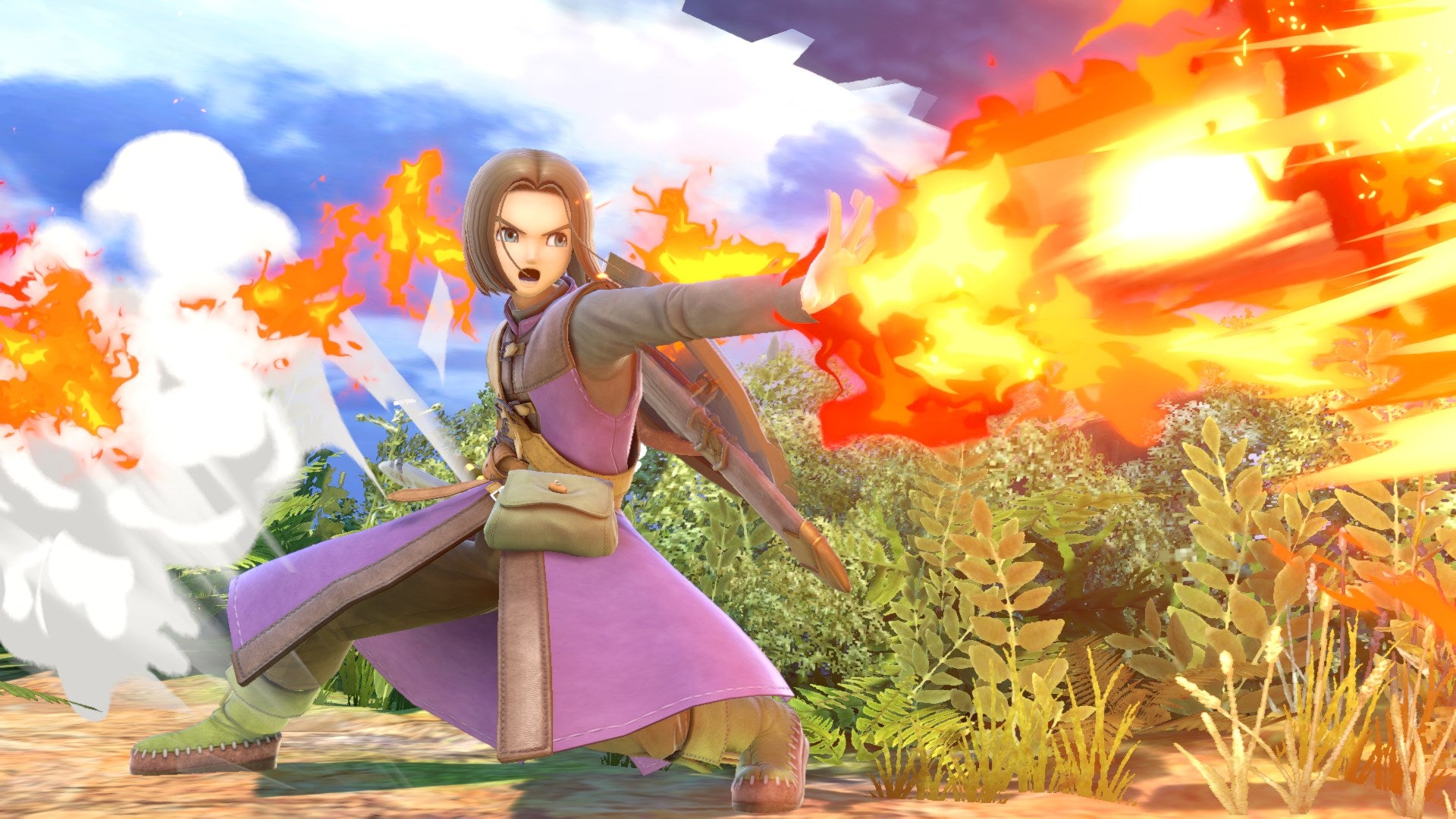 The controversy surrounding Super Smash Bros. Ultimate character Hero and his place in serious competition intensified recently when it was revealed that an official, Nintendo-sanctioned tournament in France had chosen to ban him from play. But now, just two days later, Nintendo has reversed that decision.


Originally announced back in January, the European Team Cup is a series of Nintendo-backed tournaments that lead up to an eventual grand finals event featuring national squads comprised of the best Super Smash Bros. Ultimate players from across the continent.

As organisers began to open sign-ups for the circuit’s various regional qualifiers, one part of the French event’s ruleset stuck out to eagle-eyed members of the Smash community: Hero was going to be banned, with no provided reason as to why.

Dragon Quest guest Hero riled up the competitive Smash community almost immediately due to the randomness of his moveset. Although any player using Hero would have to deal with the same erratic systems, many players have felt that the inability to ever truly pin down the options at Hero’s disposal made him unsuited for high-level play.

That criticism has persisted despite the similar random chance mechanics of characters like Mr. Game & Watch and Princess Peach. This has led to heated conversations across social media, and while Hero has not received a more comprehensive ban across all major Super Smash Bros. Ultimate tournaments, he was disqualified from competition by a group of tournament organisers in Australia in August.

Still, an official Super Smash Bros. Ultimate event’s decision to ban Hero came as a surprise to many, since Nintendo typically keeps the community and its opinions at arm’s reach. The other strange thing was that the French qualifier was the only one to include provisions restricting Hero’s use in competition. Similar events in the United Kingdom and Spain, for instance, said nothing about Hero in their guidelines.

A circuit like this should have blanket rules for all its qualifiers to keep them as fair as possible, but this was a major deviation with several causes for concern, not the least of which being that Hero players in France suddenly found themselves on the outside of a major competition looking in. Kotaku reached out to Nintendo and various European Team Cup organisers to inquire about the discrepancy.

In a statement provided to Kotaku this morning, Nintendo said that they will be standardising rulesets for all tournaments on the European Team Cup circuit in response to the French qualifier’s deviation. This will include making Hero legal at every qualifier. “We’re harmonising these rules across Europe to make sure that no community or country is disadvantaged when competing in the pan-European final next year,” the statement continues.

“In terms of future fighter releases, we’ll create more detailed guidelines for our tournament organisers, to make sure that we maintain a level playing-field through consistent fighter eligibility across Europe.” Again, no reason was provided as to why Hero was banned in the first place.

The rules for the French qualifier have since been updated to include Hero in the group of characters that are legal for competitive use, following a public announcement of the change by Nintendo France.

In the time between Hero’s banning and unbanning at this event, some players rightly pointed out that it might have been in response to concerns over Hero’s on-screen move selection, which defaults to the language currently in use by the Nintendo Switch. This means there is no way for players who speak other languages than the one selected to understand what technique is being used, other than learning move names in dozens of languages.

This aspect of Hero’s design caused a bit of controversy when Japanese competitor Ishiguro “Raito” Tetsuya mentioned being thrown off by the language barrier during a recent tournament, only to later admit that he doesn’t think this makes Hero unfair.

Even putting aside the other complaints about Hero’s randomness, it’s clear that the text-based attack selection screen could cause further problems in a region as language-diverse as Europe.

Moving forward, it might be smart for the developers to update Super Smash Bros. Ultimate with icons or colour-coding that would help players differentiate between Hero’s various moves, even if they don’t happen to speak the language selected in the game. He’s hard enough to keep up with as it is without trying to remember what Multibeschleunigung means.