If there’s one good reason to drop $300 on Analogue’s Mega Sg or Super Nt consoles, it’s that they allow you to play your favourite retro 16-bit games on a modern TV that only supports HDMI. But some nostalgic gamers demand the most authentic retro experience, and for them Analogue is releasing a new digital-to-analogue converter allowing its modern consoles to connect to the outdated CRT TVs that most of us were happy to see die.

During our testing of Analogue’s Mega Sg and Super Nt we were impressed with the bevy of video options that not only helped classic games look great on a modern flatscreen TV with resolutions of HD and above, but also the settings that helped emulate how games looked back when TVs weighed as much as a teenager: but it wasn’t quite perfect.

The way cathode ray tube TVs worked is fundamentally different to how LCD and OLED flatscreens do, and all the video settings tweaks in the world aren’t going to accurately recreate the behaviour and appearance of all those tiny glowing phosphor dots inside a CRT.

The only way to perfectly recreate the retro CRT gaming experience is with a genuine CRT TV. They’re still relatively easy to find on eBay or in your parents’ basement. Those TVs pre-date the modern convenience of HDMI cables, however, which is where the Analogue DAC enters the picture. You feed it a signal from one of Analogue’s video game consoles via an HDMI cable and power from a USB cable, and it will spit out high-quality analogue video and audio signals for your CRT or professional video monitor. 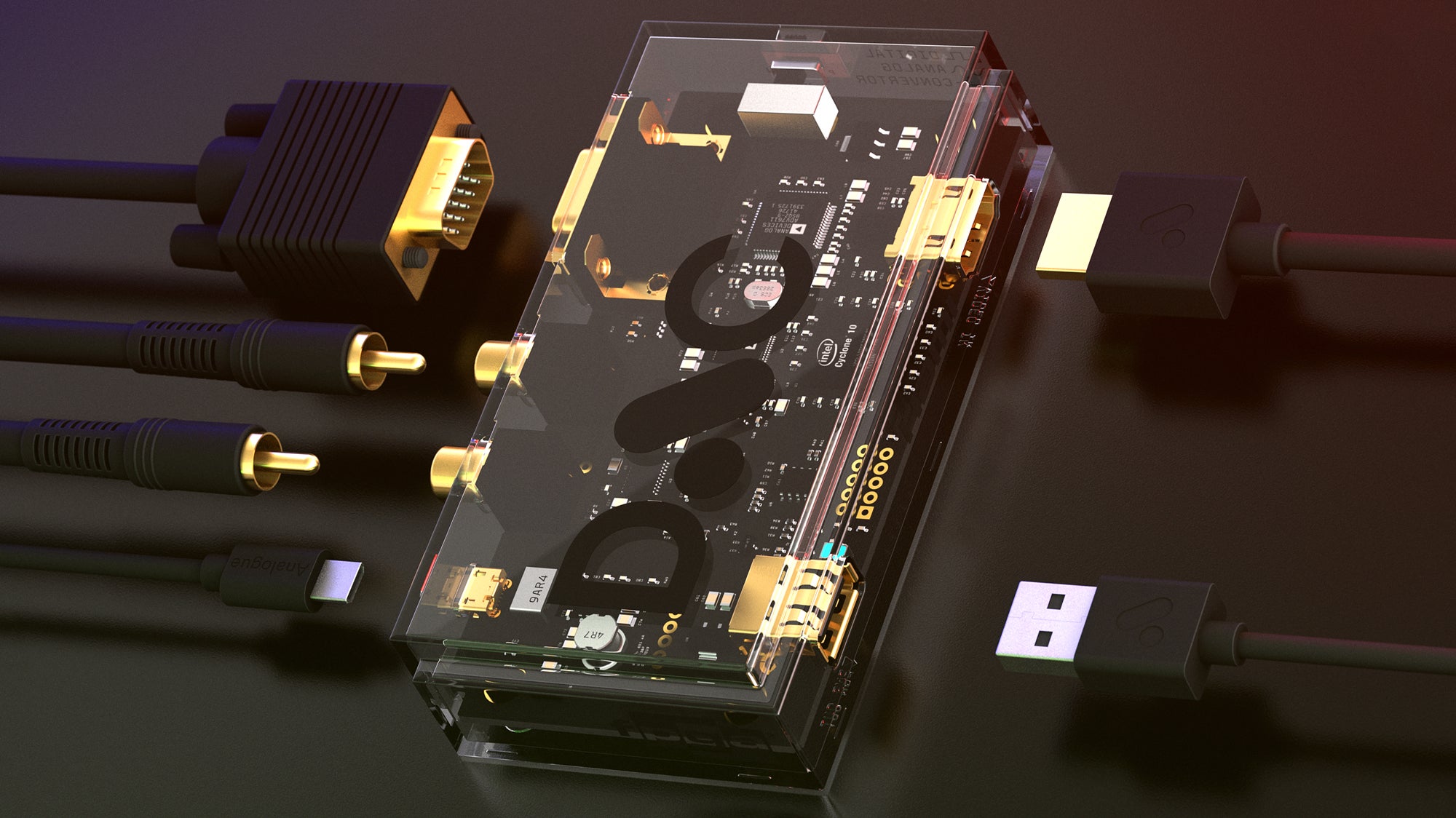 The Analogue DAC is available now for around $120, but that price doesn’t include all the cables you’ll need. The converter only offers left and right RCA-style audio outputs, and a single HD-15 connector. To connect it to a CRT’s component, S-video, or composite video inputs you’ll also need to hunt down an HD-15 breakout cable — but that’s more of a hassle than another big cost as they can be found online for as cheap as just $5.

If you’re shaking your head wondering who would pay $120 to recreate the grainy, blurry gaming experience of the ‘80s and ‘90s (especially since original Super Nintendo and Sega Genesis consoles can also be easily found on eBay and connect just fine to an old CRT) then Analogue’s DAC isn’t for you.

It’s for the retro gaming obsessives who want to ensure they’re maximising the quality of their gaming experience and the authenticity. That being said, there is one other excellent reason to consider Analogue’s DAC and digging up an old CRT: it finally lets classic light gun accessories like the SNES’ Super Scope 6 or the Lethal Enforcers blaster work again, as neither are compatible with modern flatscreens.