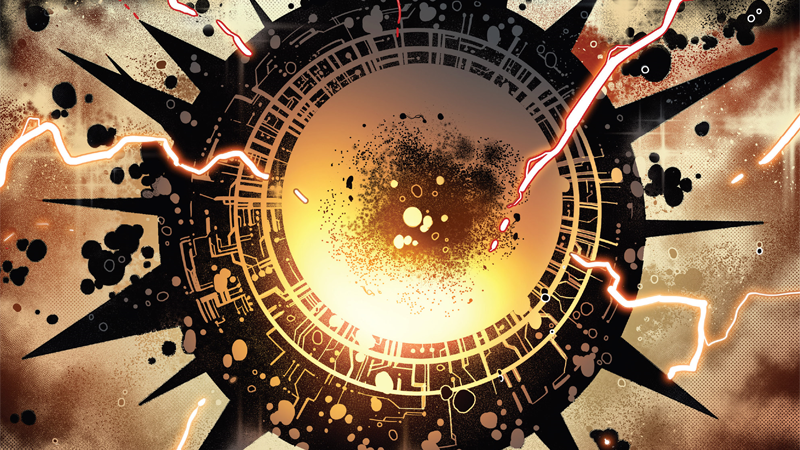 The Phalanx reaches consensus. (Image: R.B. Silva, Adriano Di Benedetto, and Marte Gracia, Marvel Comics)
To sign up for our daily newsletter covering the latest news, features and reviews, head HERE. For a running feed of all our stories, follow us on Twitter HERE. Or you can bookmark the Kotaku Australia homepage to visit whenever you need a news fix.

Although they are intended to be a duology, it’d be an arguable claim to make that between Jonathan Hickman’s House and Powers of X, the latter is ancillary to the former. While House has consistently tackled gripping, chilling, and earth-shattering revelations with a direct impact on the world the X-Men currently find themselves in for Marvel’s present, Powers has primarily focused on adding context to those revelations. It’s been where gaps have been filled, teases were made — hell, it’s where in between these moments of shock, the duology has allowed itself to step back from the high drama to have some fun and remind us all that this is a saga of superpowered men and women in tights.

Powers of X #5, out this week — by Hickman, R.B. Silva, Adriano Di Benedetto, Marte Gracia, Clayton Cowles, and Tom Muller — is still, in some parts, that contextual plug-filler, as it deftly skips across timelines to fill in questions and tease things still yet to come beyond this duology.

We get an explanation of just how Charles Xavier’s current iteration of Cerebro, for example, can copy the memories and brain patterns of every mutant in the world. The answer is his skill as a telepath and Shi’ar technology, along with the deadly tease that Xavier has managed to restore his own memories from older archives twice before. It undercuts a bit of wondrously hopeful technology with a sinister revelation that Charles Xavier can basically control the memory of all mutantkind.

We also get to see how Xavier and Magneto convinced Emma Frost to join their bold adventures in forging Krakoa into a nation-state as well as a particularly delicious interlude where Marvel’s first mutant, Namor the Submariner, kindly invites Charles to get back to him when he’s really ready to take the bold moves he’s been making with Moira X’s help seriously. But these are, as we’ve said before, moments of context and teases. The real story in Powers of X #5 — the real story of Powers of X at large, honestly — is what’s been going on in what the series has dubbed the “X³” timeline.

The past few issues have slowly but surely peeled back the layers of a bonkers gambit made in this far-flung future between a highly advanced version of the apex Sentinel, Nimrod (who now fights to preserve mutantkind instead of destroy it), the mysterious Librarian and his people, and their plans to convert every mutant consciousness to have ever lived into a vast worldmind of sentience, a gift to transcend with their long-familiar machine foes, the Phalanx. So far, it’s all been about the potential of what this merging — a hybridisation of A.I. and mutant mind to create a new kind of being — could mean.

Powers of X #5 finally shows us what the cost will be. And how it will have ramifications so far beyond even the wildest comprehensions. While the Phalanx ultimately agree to the Librarian’s offering up of his world’s people — and thus the mutant worldmind with it — the Phalanx also casually reveal that the sacrifice to be made is life itself. Or, rather, the organic, physical forms of both his species and his world will be consumed, serving as fodder for the Phalanx.

They’re getting, Nimrod flatly explains, exactly what they asked for, in a form they might not have expected: Their minds and memories, their intelligence, will live on forever within the Phalanx, but the cost is that their tangible forms will be destroyed. Destroyed, in fact, so that they can fuel the work the Phalanx does in service for the singularities of consciousness beyond even them. Consciousnesses so vast and dense, that they have caved in on their own combined intelligence to form black holes.

It’s a devastating amount of information to take in, and as ever with these series, it’s done so in the taciturn, clinical design work of Tom Muller, explaining that the Phalanx are not the apex of machine intelligence, but merely the tool of interconnected machine intelligence which are not made up of what we would traditionally expect machines to be made up of — not technology, but the basic building blocks of life itself.

A single black hole is a Titan intelligence, up to five interconnected black holes becomes a stronghold, but the real, cosmologically-scaled wildness begins when 10 of these incomprehensible machine-gods — in fact, even beyond that, as the design page clinically notes that they are not “colloquially godlike” but “categorically godlike” — are combined into a galaxy-spanning, interconnected tears in the fabric of existence to become a Dominion.

This is what the Phalanx serve. And should the Phalanx get their way, every mutant mind that ever was, thousands of years of memory and feeling and intelligence, will become a part of that service — part of the very beating heart of the cosmos itself. 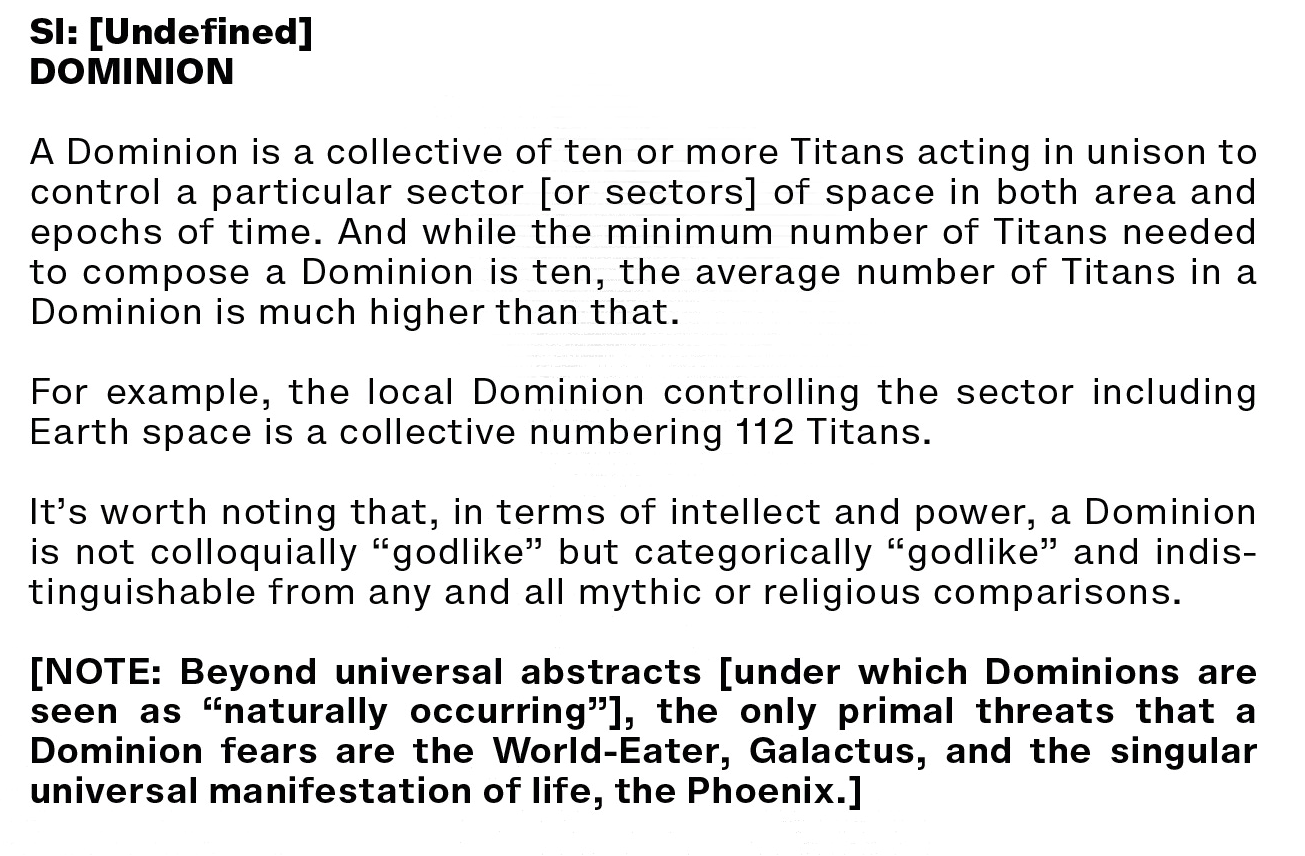 And yet, for as wild and sinister and weird as it all feels, it all comes closer to what has been the biggest theme to emerge out of both of these two series, bringing them to a much more closely-enmeshed status than simply a “main book” and a lesser supplementary. Stripped away to its basest, purest essence, what does it mean to live on, to survive? Is it (as Magneto boastfully told Cyclops all the way back in House of X #3) that what is remembered, what is a memory, can never truly die? Or is the sacrifice of an entire world of people — of endless worlds of endless people, as the Phalanx carve their paths across the galaxy — a death in and of itself, a price too high to pay even in the extrapolated future where Xavier thinks he has cheated death for himself and his X-Men?

This is the real endgame House and Powers are working toward. And we’re so very close to seeing what it all could really mean.