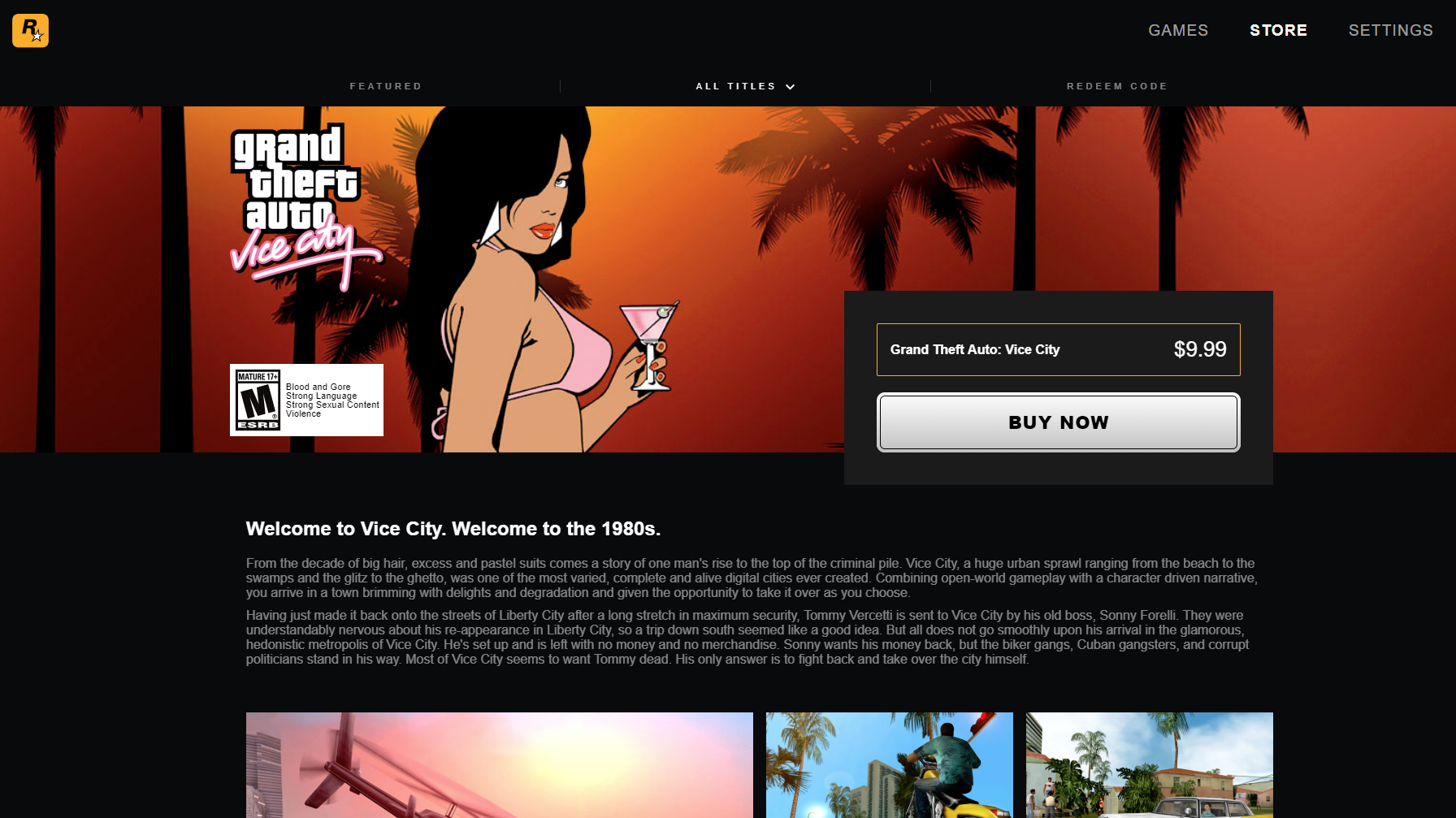 Rockstar Games has released a new digital launcher for its games on PC. The new launcher, creatively titled the Rockstar Games Launcher, is a way for players to buy and play Rockstar games. It’s very bare-bones at the moment, but it works. Mostly.

The Rockstar Launcher was first spotted by numerous GTA and Red Dead fans across Twitter earlier today. It’s similar to Blizzard’s Battle.net launcher with a similar layout and store.

There are seven games currently for sale, though games like Manhunt, Midnight Club, older top-down GTA titles and other classic Rockstar games aren’t currently for sale. Users who download the launcher can get a free copy of Grand Theft Auto: San Andreas.

When first downloaded and installed, the launcher adds Rockstar games you already own to your library. However, if you own those games on Steam, you have to click a button that says “Play On Steam,” launching another launcher within the launcher. Fun! According to a blog post by Rockstar, the launcher also features cloud save and automatic updates.

It’s not clear yet what this means for the future of Rockstar’s games on PC. However, many Rockstar fans are speculating that this new launcher is further proof that Red Dead Redemption 2 will eventually be available for PC players.

There’s not much in the Rockstar Launcher yet, though if you don’t own San Andreas it’s worth checking out. However, according to GTA data miners, the version is the same as the Steam version which is based on the mobile ports and is missing some graphical touches and songs.