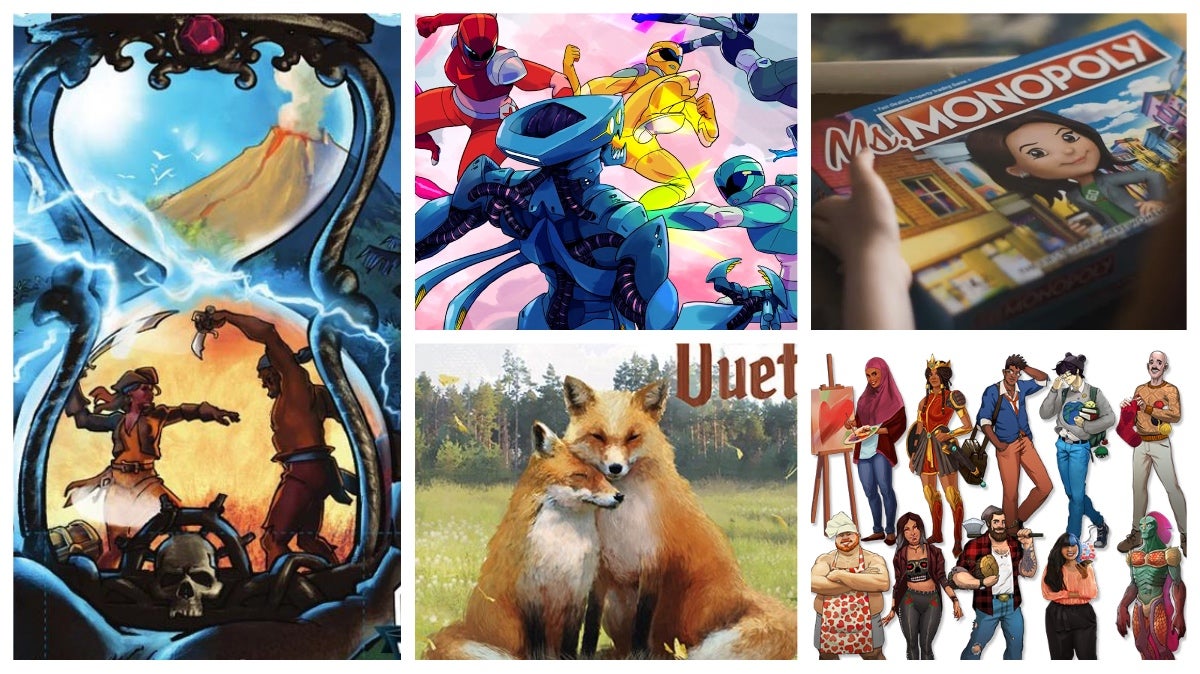 Welcome back to Gaming Shelf, our regular column about board games and tabletop roleplaying games. The holidays are slowly creeping up on us, which means game companies are starting to tease out some pretty exciting stuff. And then, of course, you have that whole… Monopoly thing. 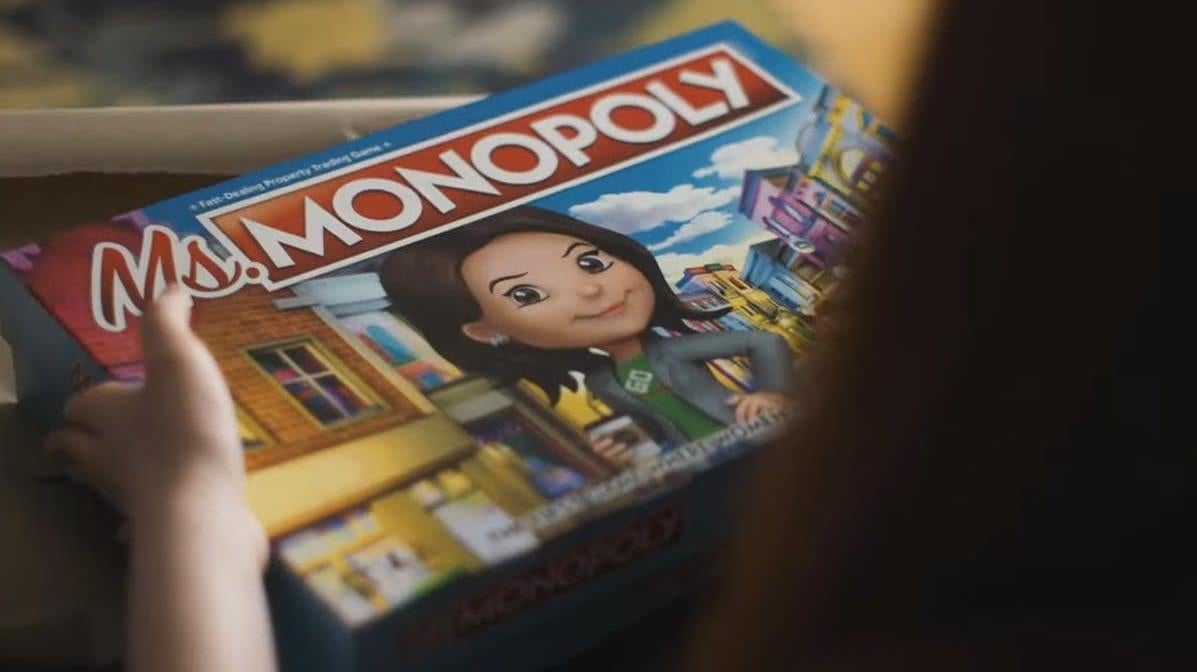 By now, I’m sure you’ve heard something about Ms. Monopoly, the latest version of Monopoly from Hasbro Games. Designed to “celebrate” women’s accomplishments and address systemic sexism, the game pays women more than men and has replaced property spots with women’s innovations and inventions.

Of course, there’s something missing from those inventions: Monopoly itself. Lizzie Magie, the woman who invented Monopoly’s predecessor, The Landlord Game, is conspicuously absent from this game. Combined with the weird reverse pay gap and empty platitudes toward women creators, this game ends up being a hard pass.

Fox in the Forest Duet

Fox in the Forest is a neat two-player card game where players use fairy tale creators to try to trick each other… making sure not to go overboard, lest the other player catch onto their schemes.

Now, the game is going co-op with Fox in the Forest Duet, a two-player cooperative game where players team up to make their way through the forest, tricking other creatures along the way to collect gems. Fox in the Forest Duet is currently available to pre-order for $22, and will be released in January 2020. 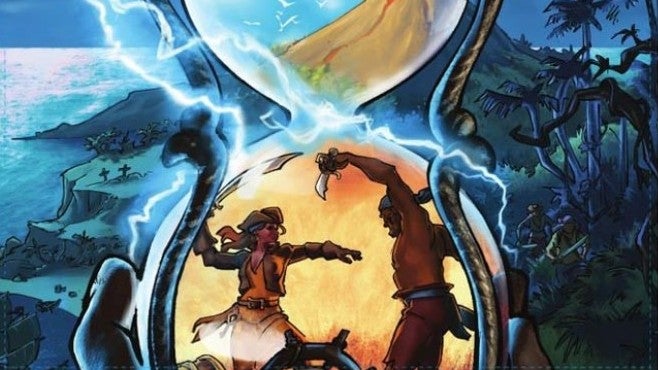 Pirates caught in a time loop. Seriously, that might be the most genius idea of all time. Chrono Corsairs, from John Brieger and Vincent Hirtzel, is a two-to-five player competition game about a group of pirates who are stuck living the same day over and over again with full memory of what’s happening.

Stuck in a “time storm” on Ouroboros Island, the game takes place over a series of loops, giving players time (get it?) to learn the route, improve their strategy, and collect as many riches as possible. Whoever collects the most treasure by the time the storm ends is the winner. Chrono Corsairs is currently available for pre-order for about $87, no release date has been announced yet.

Coraline: Beware the Other Mother

The Other Mother ain’t afraid of no ghost, but perhaps she should be. WizKids has unveiled one of its latest games, Coraline: Beware the Other Mother, based on the Laika stop-motion adaptation of Neil Gaiman’s children’s novel.

Players work together as the Ghost Children trapped in the Bedlam’s domain, trying to help Coraline get the items she needs to escape and free them all from eternal torment. Coraline: Beware the Other Mother will be available for pre-order starting on September 23, for about $30, and is set to be released in December.

Sometimes it’s good to take a break from story-based games for something that’s just, well, super chill. Azul is one of my favourite puzzle games to relax with (except for those times I get super aggressive with my gameplay, in which case watch out).

Now, Next Move Games has announced a third game in the Azul series, Summer Pavilion, which features new scoring mechanisms… and diamond tiles! The game is currently available to pre-order for $56.95, and is expected to be released this December. 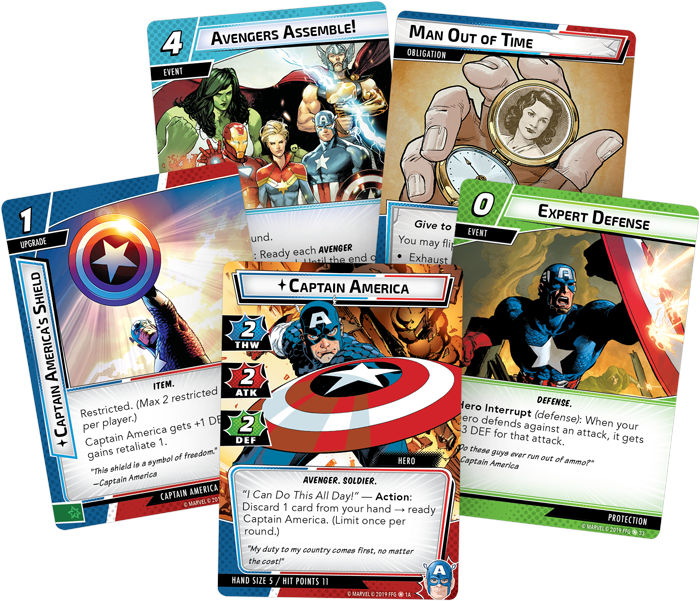 In a recent Q&A, Fantasy Flight Games’ head of studio Andrew Navaro said the company is going to be more “thoughtful” about how it approaches expansions for its most-popular games. It feels like they’re off to a good start with the Captain America hero pack for Marvel Champions: The Card Game, currently available for pre-order.

I was a little surprised that the core set didn’t include Steve Rogers, but I guess it’s so they could wait to release it as an expansion. It’s got some great cards, including one that made me tear up a bit at the memory of Peggy Carter.

It truly is the most wonderful time of the year. Fans of Lovecraftian horror can get their festive spirit on with this reprint of some of Call of Cthulhu’s classic holiday scares. The scenario collection from Golden Goblin Press includes updated and expanded versions of Oscar Rios’ Halloween in Dunwich and Christmas in Kingsport, as well as a roleplaying supplement and a cosmic horror fiction companion. Lovecraft Country Holiday Collection will be on Kickstarter through October 14. The minimum pledge for a digital copy is $30, with expected delivered in April 2020. Select physical copies are available for pledges of $52 or more with a June 2020 release date.

Much in the vein of Monster Prom, Hey Cutie is a tabletop dating simulator that mixes real-world characters with fantastical ones. A lumberjack can mingle with a Sailor Moon-type magical girl, or a preppy kid can fall in love with a fish monster.

At the same time, you’re trying to sabotage your friends’ dates so you come out on top… metaphorically speaking. Hey Cutie will be on Kickstarter through October 13. The minimum pledge for a digital copy is $15, set to be released this November, while a physical copy requires a pledge of $30) and comes out in June 2020.

Cave of Monster Games has built a reputation with its largely word-of-mouth tabletop roleplaying game, Henshin!, inspired by Japanese Super Sentai shows (along with American adaptations like Power Rangers). The game has only been available as a small digital PDF, but now they’re expanding with a 120-page digital or printed playbook ” one that focuses on accessibility for players across all skill levels, with pre-made character options and a script template to help the Narrator (or DM) in running scenarios.

Henshin! will be on Kickstarter through October 10. The minimum pledge for a digital copy is $22 and a physical copy requires a pledge of $37. Both are set to come out in January 2020.

Sometimes, you want the experience of playing a video game on a tabletop… and by that, I don’t mean a tabletop adaptation of a video game. The Isofarian Guard is trying to blur the line between tabletop and video with a one-to-two player narrative-driven board game that features a fully voice-acted storyline and soundtrack.

Players can journey through for unique campaigns that span over 30 hours of gameplay, exploring the wilds with their companions and coming across dangerous enemies. It sounds like a wild and daunting experience, and I’m curious to see how they pull it off. The Isofarian Guard will be on Kickstarter through October 4. The minimum pledge for a copy is $116, and it’s set to come out in December 2020.

Retired: A Storygame About the Ordinary Life of a Former Supervillain

Now, this just sounds like fun. Retired is a two-player roleplaying game where one player takes on the role of a former supervillain who’s out of the game and just trying to live a normal life. The narrator guides the former supervillain through their day, whether it’s arguing with the neighbours about the length of your grass or an alien invasion.

I’m always a fan of two-player roleplaying scenarios, and this one just sounds like a fun time. Retired will be on Kickstarter through September 24. The minimum pledge for a digital copy is $8, and it’s set to be released in January 2020.