Those who backed Shenmue 3 on Kickstarter, including me, finally got a taste of the upcoming adventure game this week with a “trial version”. While it’s limited, it definitely feels like old-school Shenmue: Stiff and stilted, but charming and detailed.

I’m a longtime Shenmue fan. I was there when Yu Suzuki’s landmark adventure game series kicked off on the Dreamcast in 1999, stuck with it for the Xbox sequel, and lamented when it faded from the spotlight. When it hit Kickstarter in 2015, before I started working at Kotaku, I jumped at the chance to back it, like so many others.

Shenmue 3 became, and is still, the best-funded video game in the crowdfunding site’s history. It felt like a dream: We’re really getting a new Shenmue game? Yes, we are, and its November 19 launch is closer than ever.

Shenmue has always split the difference between leisurely wandering and the occasional martial arts battle. Its cluttered world, full of people to talk to and minigames to waste time with, was a big deal when the original released. At the time, being able to do something as simple as walking into the kitchen to grab milk from the fridge showed a lot of ambition.

Things have changed since then. Games offer much larger, open worlds that teem with activities. The idea of going back to a simpler exploration game is appealing.

Shenmue 3 isn’t just a chance to see Ryo Hazuki’s story continue — hopefully he can finally avenge his father’s death, or at least find some sailors — but also a chance to fall back into an older, slower pace that modern games don’t always afford.

At the end of Shenmue 2, Ryo travels to a rural village in China. He hopes to find his father’s killer, the villainous criminal Lan Di, but instead learns more about the strange, ancient mirror that Lan Di took before the murder.

Shenmue 3 picks up where the story left off. The demo doesn’t drop much in the way of plot. Ryo is looking for a scarred man connected to some local thugs. Players are able to explore a small village, talk to the locals, play a few mini-games and get into a brawl. 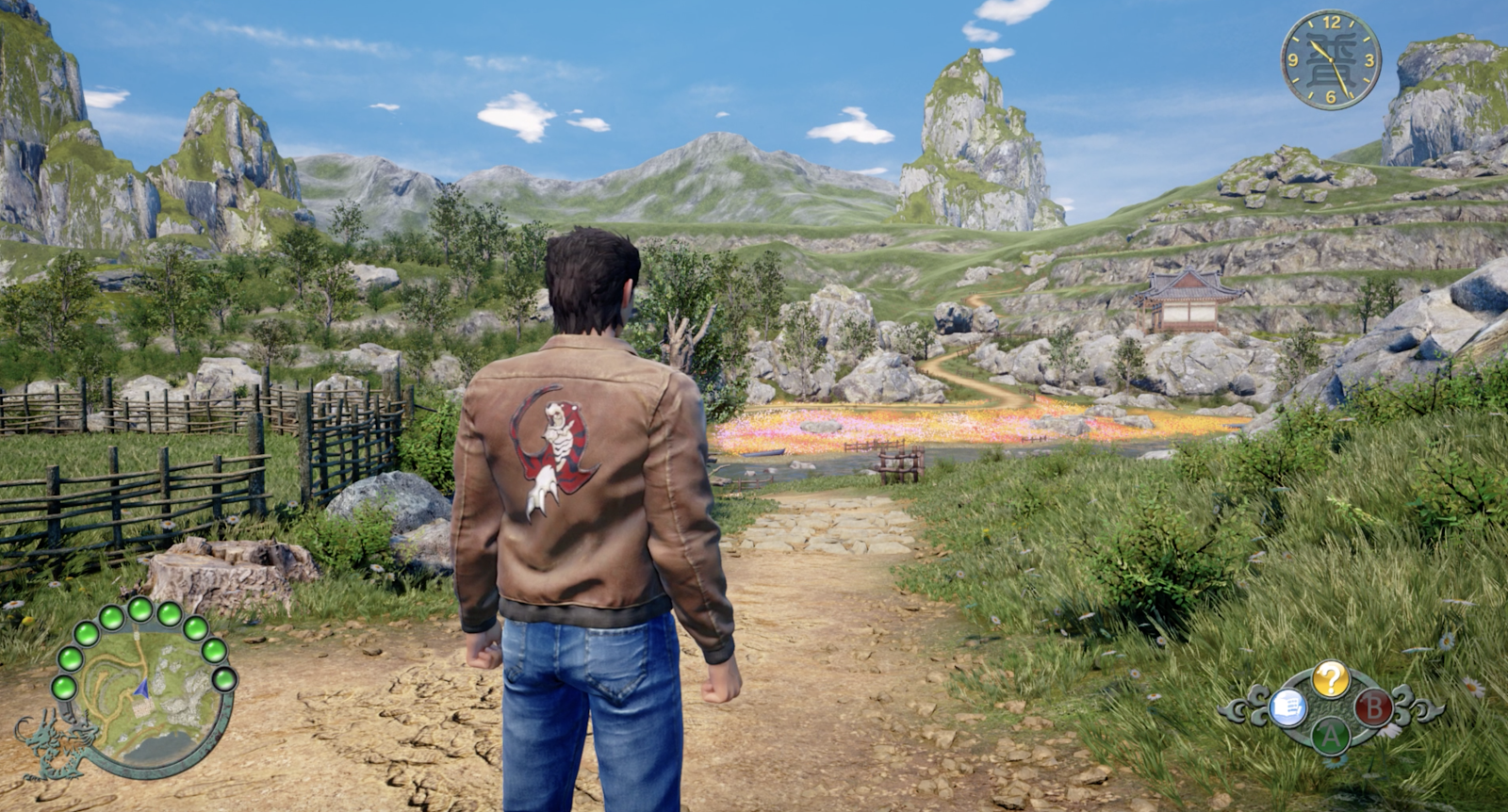 The pace is slow, which was always true for the series. Whether it’s talking to a shopkeeper or chopping wood to earn a little extra money, Shenmue 3 has a unique simplicity.

Maybe you wander and play a quick game of Lucky Hit, a simple but addictive game where you drop a ball down a pachinko-esque peg board. Maybe you spend too much money buying capsule toys from gacha machines outside the local shop. These are familiar activities, longtime staples of the series, and like everything else they retain a deliberate pace.

In 2019, that can feel strange, but it does evoke the feeling of the earlier games. Shenmue 3 could have easily felt overproduced or too modern. For good or ill, things don’t seem much different than they were 20 years ago.

Well, that isn’t entirely true. Shenmue 3 is arguably a smoother experience than the originals. Those mostly took place in urban centres such as the seedy Yokosuka harbour or the vibrant streets of Hong Kong.

Shenmue 3’s sleepy village setting offers a chance to bring colour to the world. Bright flower fields ripple in the wind. A village clearing is host to a martial arts class for children.

The controls are smoother, the camera free to rotate around Ryo. The way that characters gesture during conversation is smoother as well.

The voice acting, too, has improved, although now it sounds almost deliberately stiff, as if they were trying to recreate the awkwardness of the originals. Corey Marshall returns to voice Ryo with his characteristic awkwardness. The conversations with locals are still prone to odd pauses and punctuation, but they’re more natural than it were years ago.

There are still some rough spots around the edges. The lighting seems a bit off, and characters sometimes look as though they were moulded from clay, but the demo paints a picture of a slightly more modern Shenmue — at least when it comes to production design.

In spite of its incorporation of martial arts sequences and quick-time events, Shenmue’s never been much of an action series. When the time does come to fight, even punching someone in the face is a humble process. Fighting was originally a modified spin on Virtua Fighter, the first 3D fighting game, which Suzuki directed in 1993.

The same basic system has carried over to Shenmue 3. This is hardly a fluid combat system, even if the animations on your punches and kicks have a lot of power behind them. Fighting is a bit slapdash. If you know the right button combinations, you can pull off some cool moves, but those can easily be interrupted by an enemy snapping out a quick punch.

Sometimes, it all comes together into smooth choreography. Other times, it’s a bit like watching two flailing Muppets collide. Players looking for a robust kung fu experience might be disappointed unless they practice heavily, although that could change in the final release.

Walking away from my short time with Shenmue 3’s demo, I was mostly pleased. But then again, I’m already a fan. This was made for me, to play at my nostalgia and give me a recreation of what I always loved. Shenmue 3 feels recognisably in line with the previous games, a natural evolution from 1999 into 2019.

Players looking for a slower pace and old-school sensibilities will be pleased. Newer players eager to see what the big deal is could walk away disappointed that the series isn’t quite in step with modern design. Like the original games before it, I get the sense Shenmue 3 will be a love-it-or-hate-it affair.