Earlier this month, SNK announced the Neo Geo Arcade Stick Pro. It’s packed with 20 built-in games, which weren’t revealed. That is, until now.

SNK has announced the 20 games it’s including for the release. According to IT Media, they are:

The King of Fighters ‘95

The King of Fighters ‘97

The King of Fighters ‘98

The King of Fighters ‘99

The Art of Fighting

According to the official release, this appears to be the international title list, but SNK acknowledges that specifics might change. 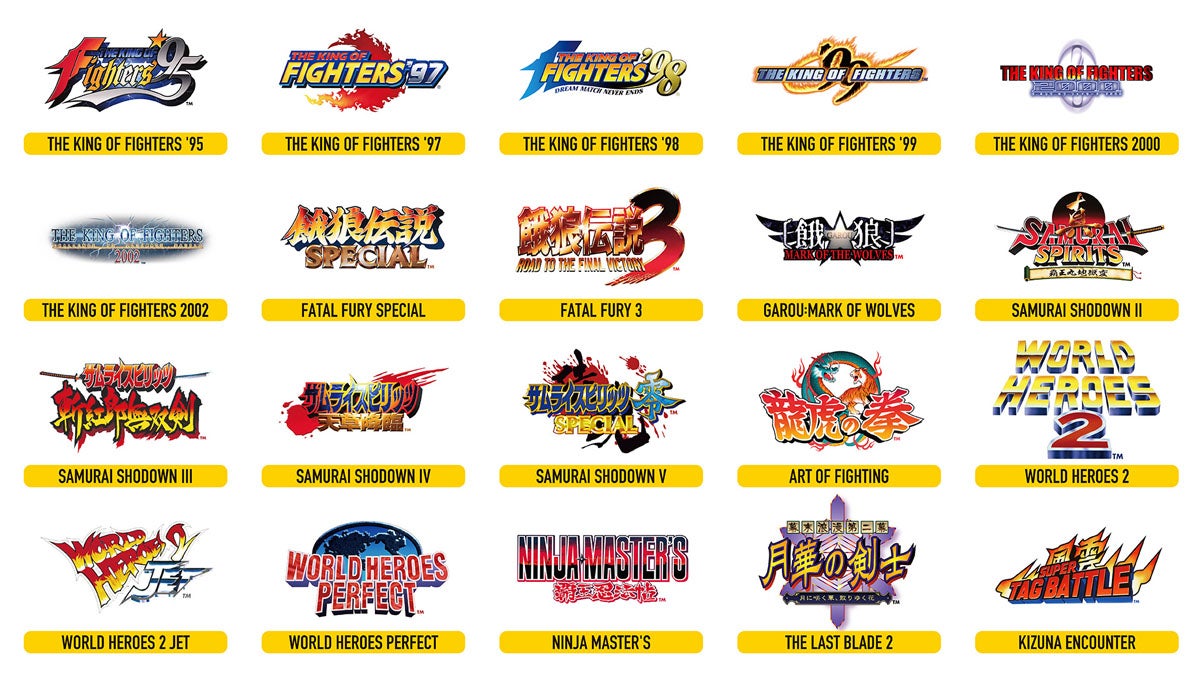