Spider-Ham Is Finally Getting His Own Comic Series Again

Ever since Spider-Verse — and then Into the Spider-Verse — put him back in the spotlight (spotweb?), Peter Porker’s had a resurgence in the comics in fits and starts. A team-up here, a one-shot there. But now, even if only for a little while, Spider-Ham has his own comic book once more.

Announced today by Marvel ahead of the release of its December comics solicitations, Peter Porker, the Spectacular Spider-Ham will see the titular porcine protector on a quest through time. Penned by Zeb Wells and with art by Will Robson, the five-issue miniseries will see Peter Porker team up once more with his human counterpart, Peter Parker, as the duo go back into the past to save the future. 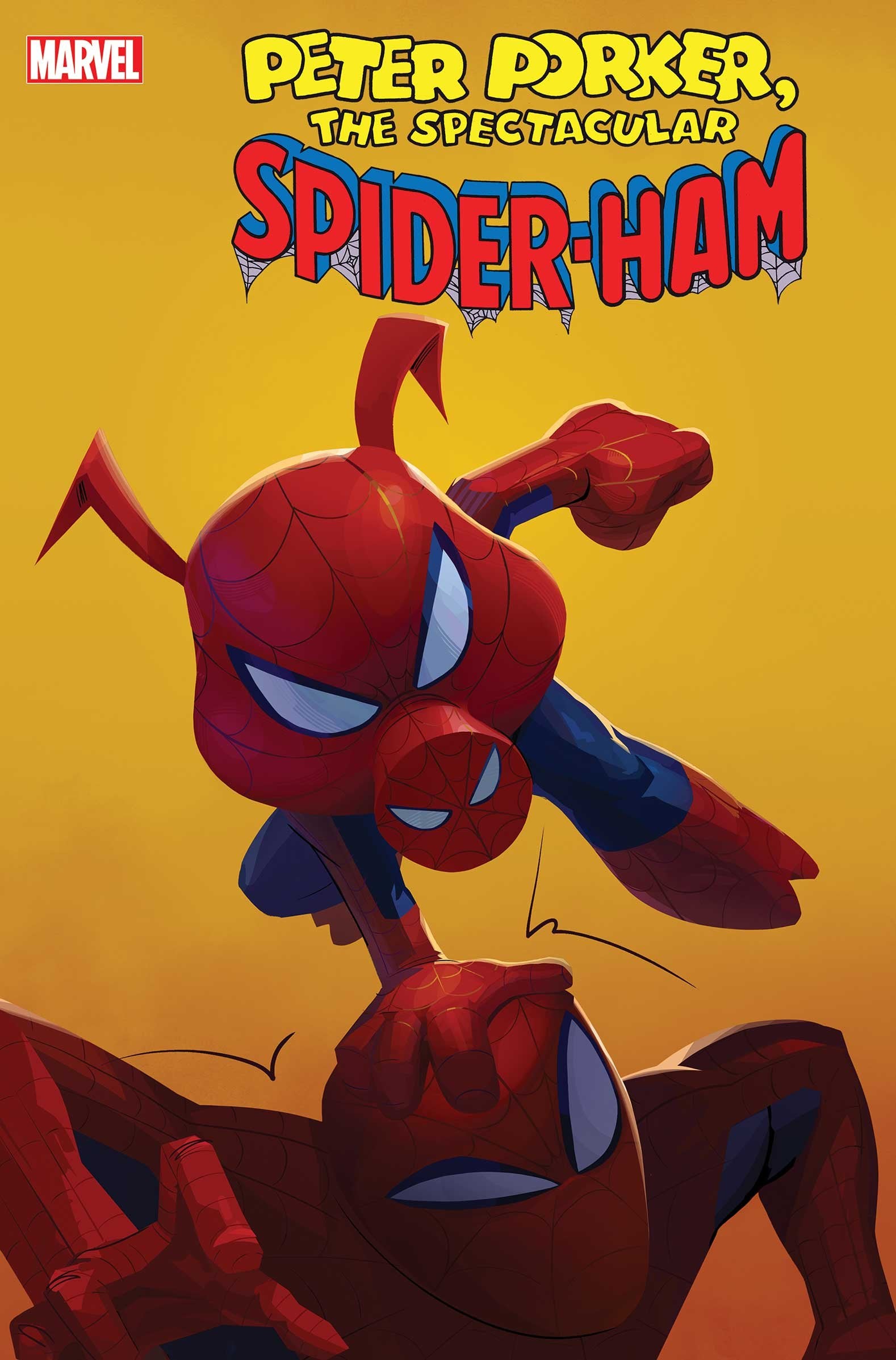 Even if it’s a miniseries rather than a full ongoing, it marks Spider-Ham’s first comic book series since his original series of the same name came to a close in 1987, itself a spin-out of Peter Porker’s debut in 1983’s jokey, anthropomorphic-animal-packed one-shot Marvel Tails.

Although he’s rarely appeared since then, ever since Spider-Verse brought the wider world of esoteric spider-heroes back into wider consciousness, Spider-Ham’s been one of the more prominent returning figures.

He not only had a part not only in the spinoff team , all the way up to his own special annual anthology issue a few months ago.

Of course, thanks to his portrayal at the hands of John Mulaney in the Oscar-winning animated epic Into the Spider-Verse, more people are now aware of a spider bitten by a radioactive pig turned into a superhero than ever (what a sentence to type, what a world we live in!), so it makes perfect sense to try and test the waters to see if Spider-Ham can sustain more than just a single issue once again.

We’ll find out if Peter Porker will succeed, lest he become Peter Porkchop, when Spectacular Spider-Ham begins this December.