Instead of using the iconic Lego minifigure, as many brickbuilt stop-motion animation projects do, the good Baron has created his own assortment of stylised puppets. With mouths that open and close and expressive eyebrows, they add character and depth to Lego people.

They look a little creepy, sure. And when you think about it, the Kakariko’s cereal, which are named after a village that’s appeared in several Legend of Zelda games, is made out of the same material as Link and crew. He’s sort of… eating himself. 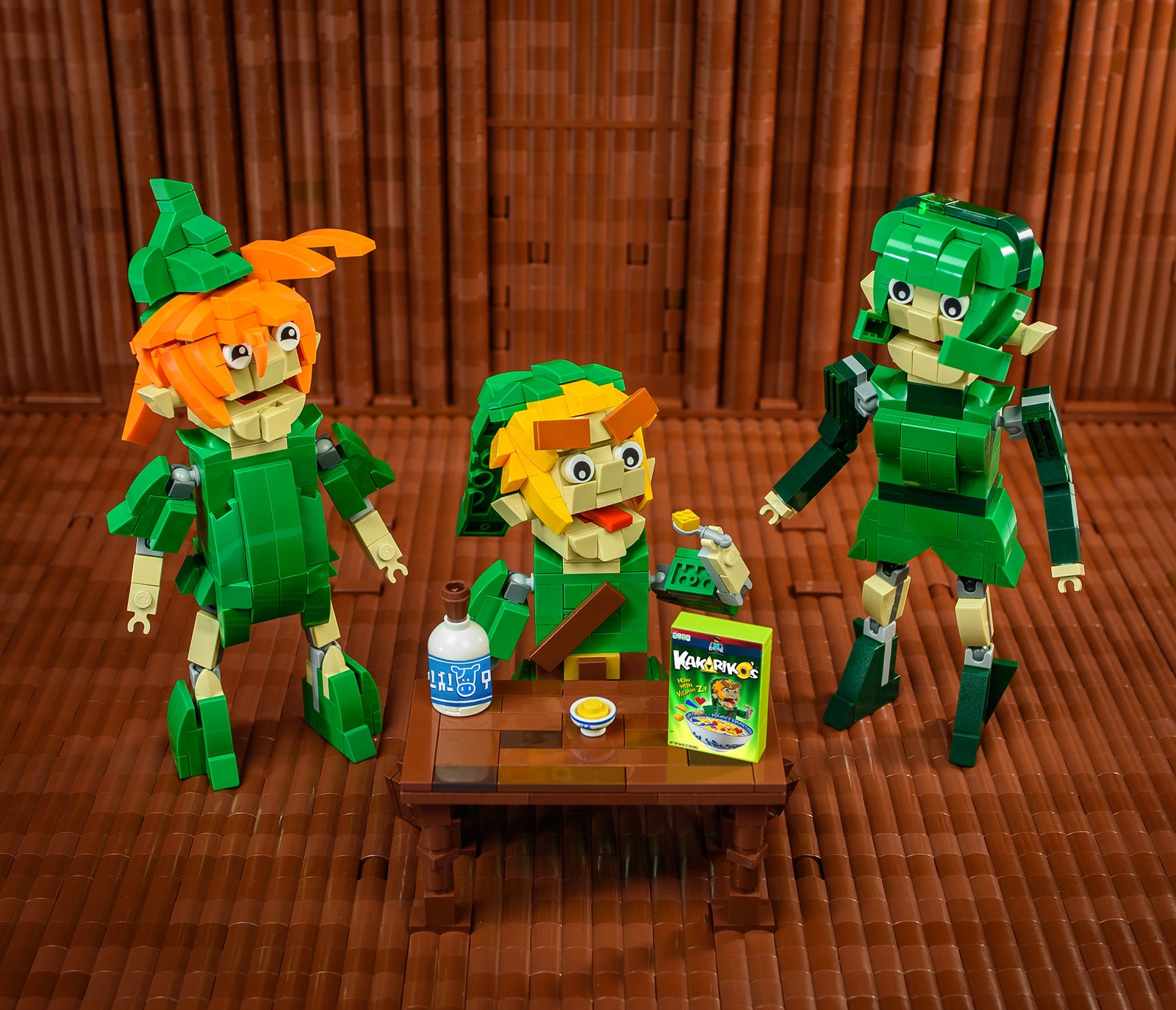 Still, an interesting mix of live-action, stop-motion, and special effects. Read up about the project at Baron Von Brunk’s webpage, and check out his Flickr for behind-the-scenes shots of the models and backgrounds.