Even though Nintendo recently refreshed the standard Switch with new guts and made a smaller version of its portable console in the upcoming Switch Lite, both suffer from a major omission: the lack of support for wireless audio. What makes this even more frustrating is that the Switch has Bluetooth, but Nintendo only uses it for connecting the Switch’s Joy-Con, not audio. So to address this issue, SteelSeries made the Arctics 1 Wireless headset, which the company claims is the world’s first USB-C wireless gaming headset that not only works with the Switch, but with the PC, PS4 and tons of mobile devices. 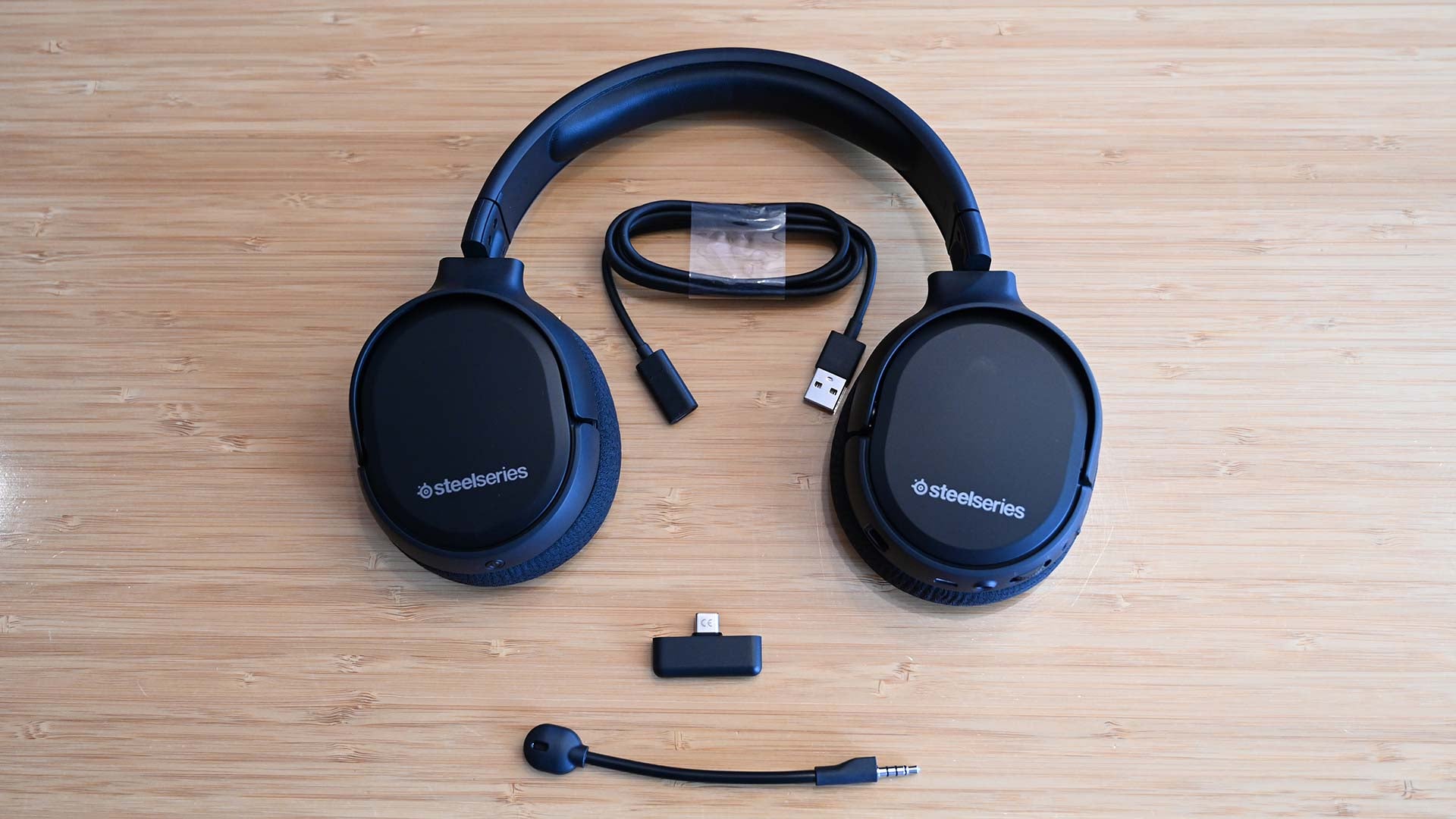 Here’s everything that comes with the Arctis 1 Wireless (aside from a spare 3.5mm cable). (Photo: Sam Rutherford, Gizmodo)

Instead of relying on Bluetooth, SteelSeries opted for an even simpler solution, a USB-C dongle that plugs into your gadget of choice, which then transmits audio over a 2.4-GHz wireless connection. That’s it, no need to pair the headset to your device or dig through menus. And when you’re done gaming, you can unplug the Arctis 1 Wireless’ dongle, detach the removable mic, and then plug the dongle into a phone to use the headset as a pair of wireless headphones.

Now, for Switch owners wondering what happens when you try to dock your Switch but still want wireless audio, SteelSeries thought of that too. The Arctis 1 Wireless includes a USB-A to USB-C adaptor that you can plug into the Switch’s dock. So when you get home, you can remove the dongle from your Switch, dock your Switch, and then plug the dongle back into the included the adaptor connected to the dock. (The USB-A to USB-C adaptor is also what you’d use with a PS4, since it doesn’t have any USB-C ports.) 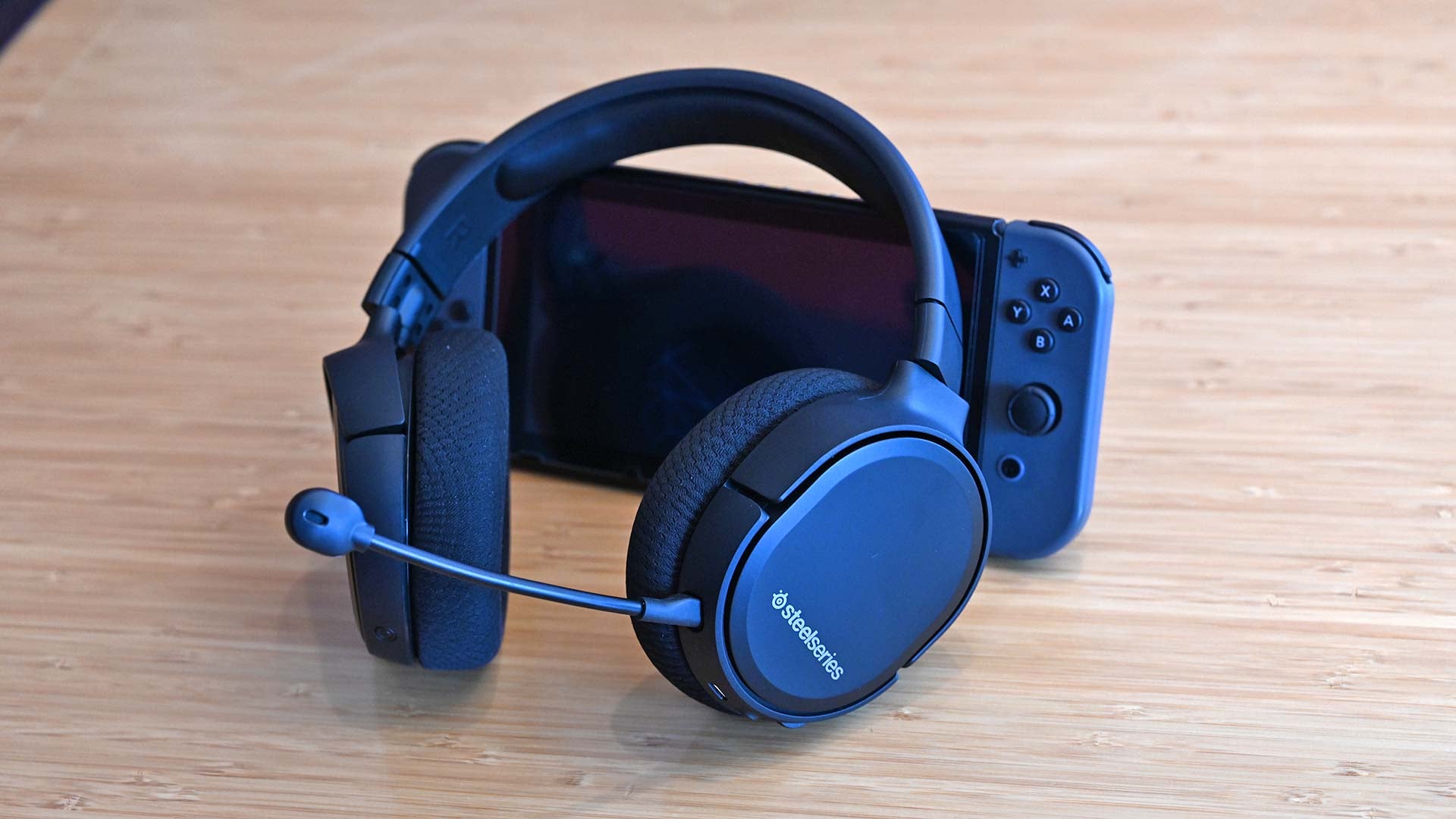 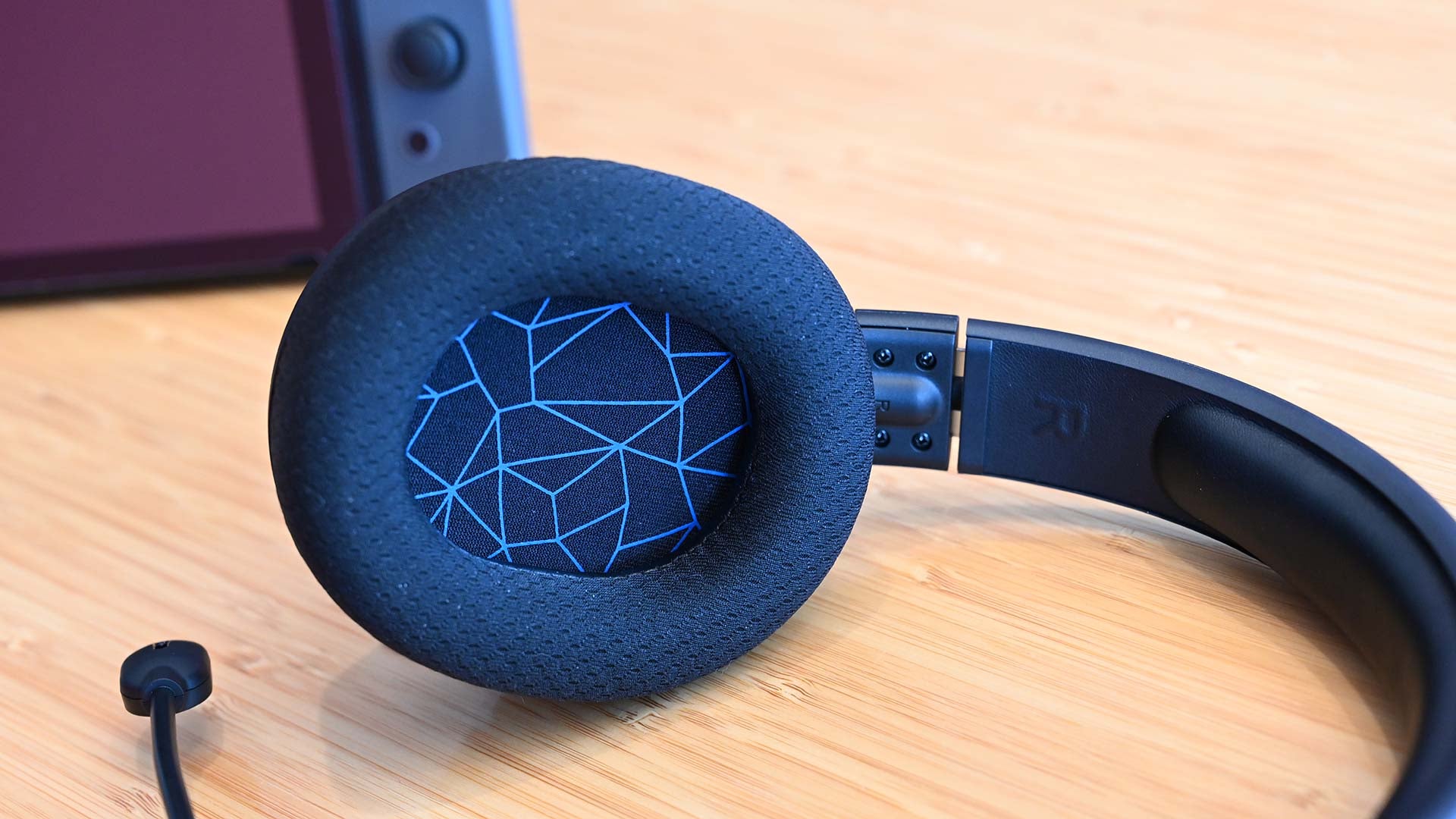 SteelSeries uses mesh fabric earcups instead of leather which helps keep your head cooler while gaming. 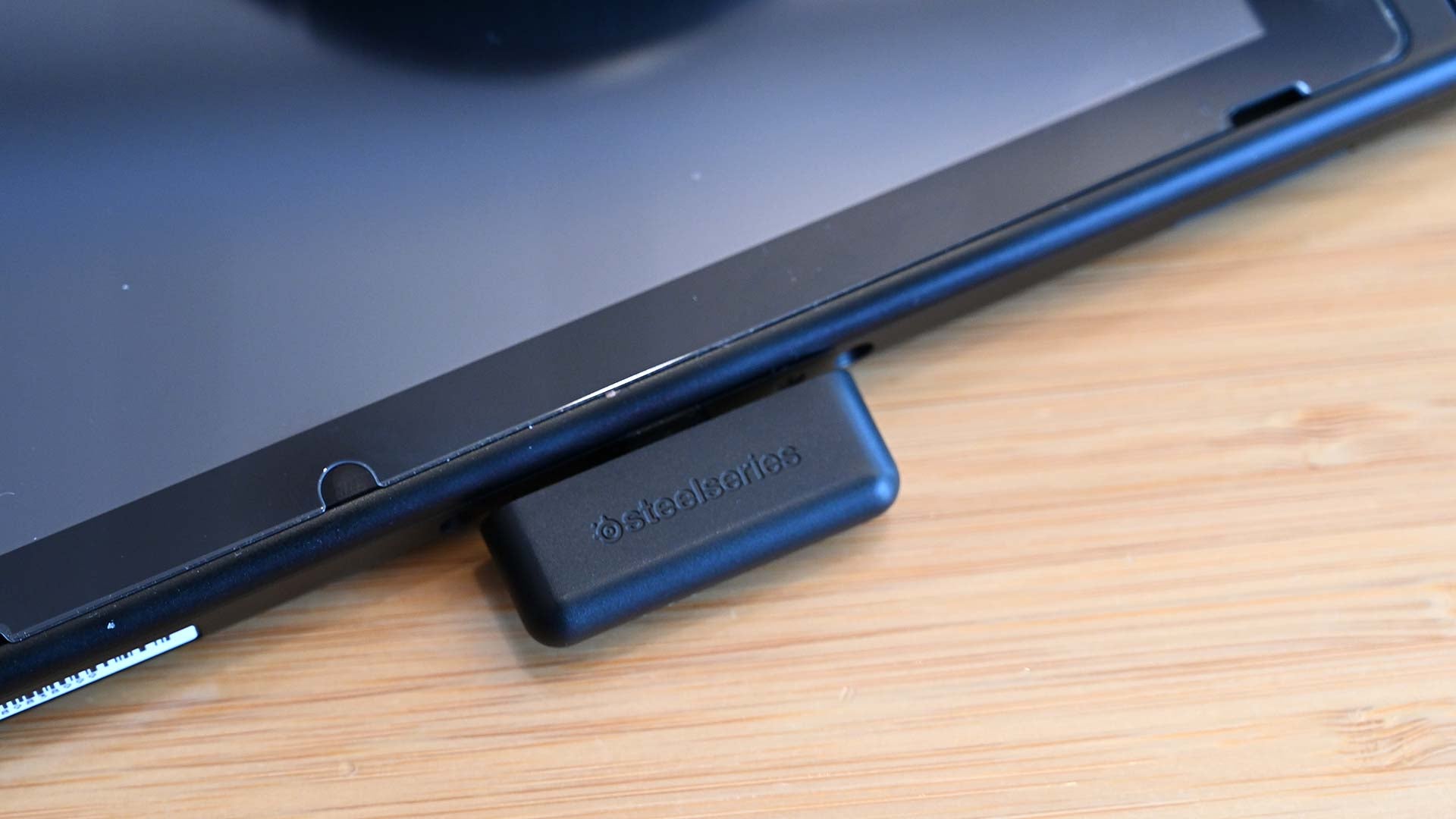 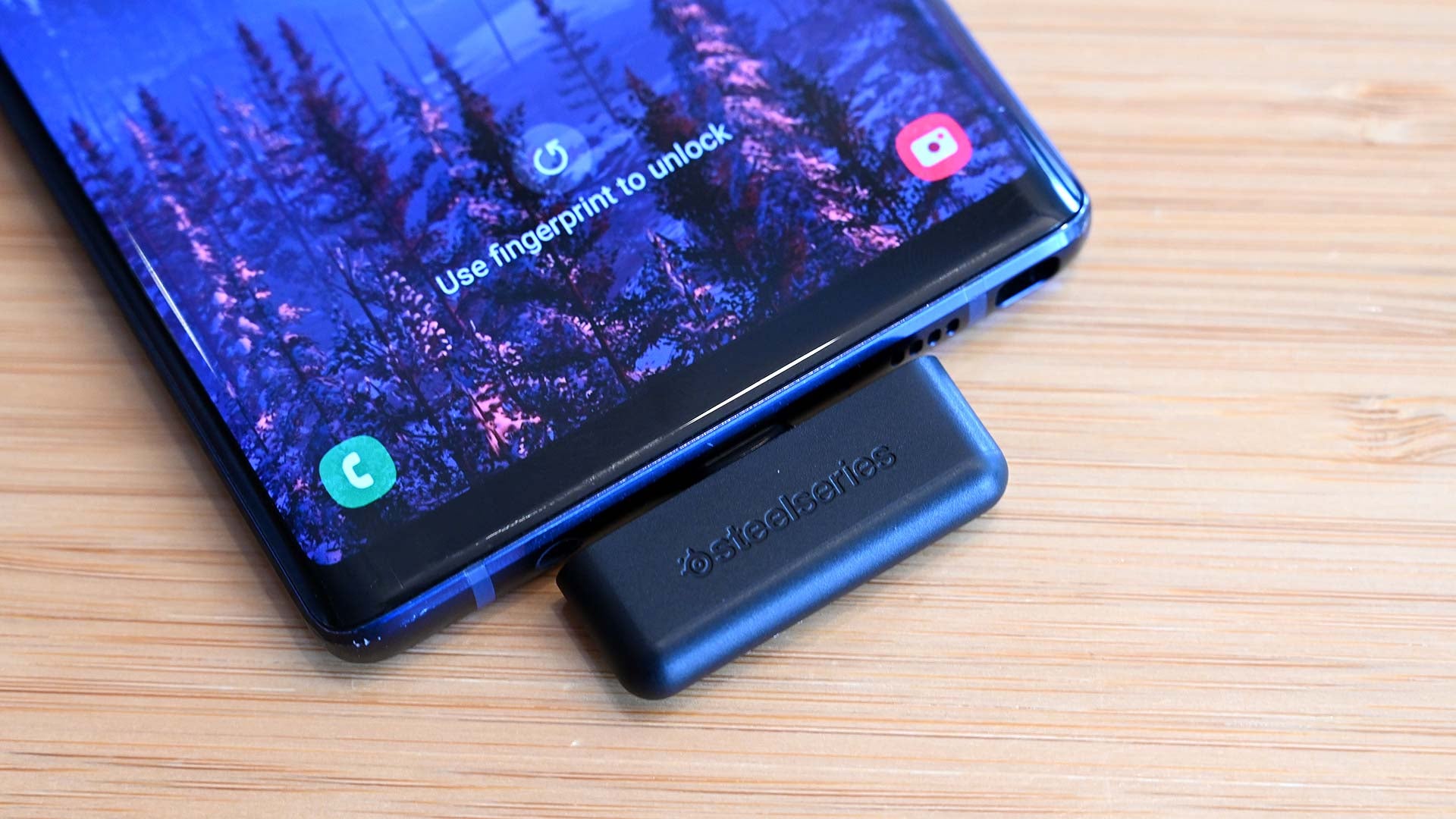 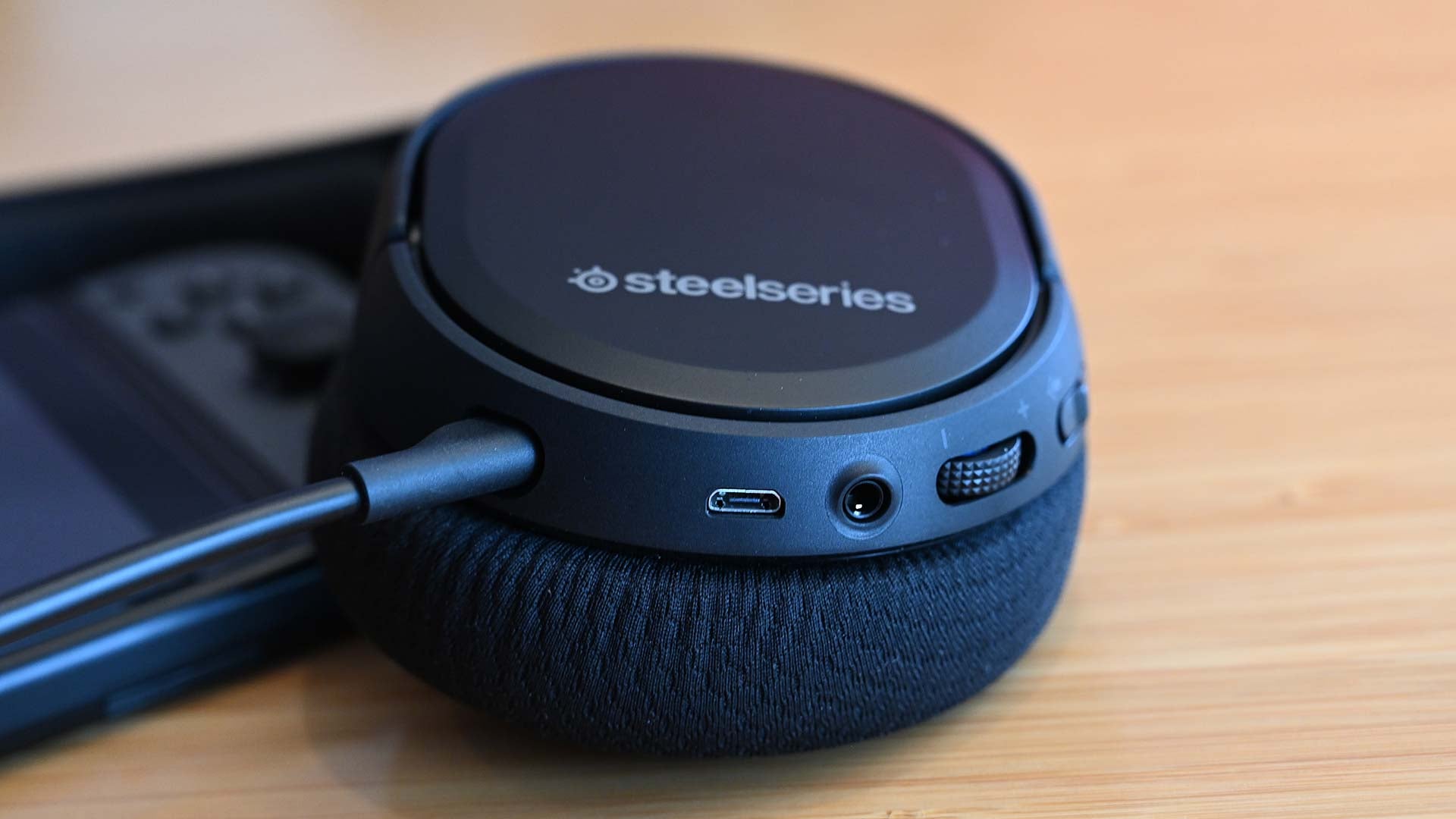 Admittedly, this is kind of clunky, but that’s what happens when you have to engineer a workaround for a problem that shouldn’t exist in the first place. As a bonus, the Arctis 1 Wireless also works with Fortnite on Switch’s in-game chat system.

The Arctis 1 Wireless uses the same ski goggle-style headband and drivers SteelSeries uses on its more expensive headphones but with a tiny of extra bass for slightly deeper lows.

If you want to adjust the headset’s sound profile, you can connect them to a PC running the free SteelSeries Engine app, which allows you to personalise the headset’s EQ and then save those settings for use on other devices.

The Arctis 1 Wireless also comes with an old-school headphone jack and a double-sided 3.5mm cable, so you can plug the headset into an Xbox One controller (or any other gadget with a headphone jack) if you want. 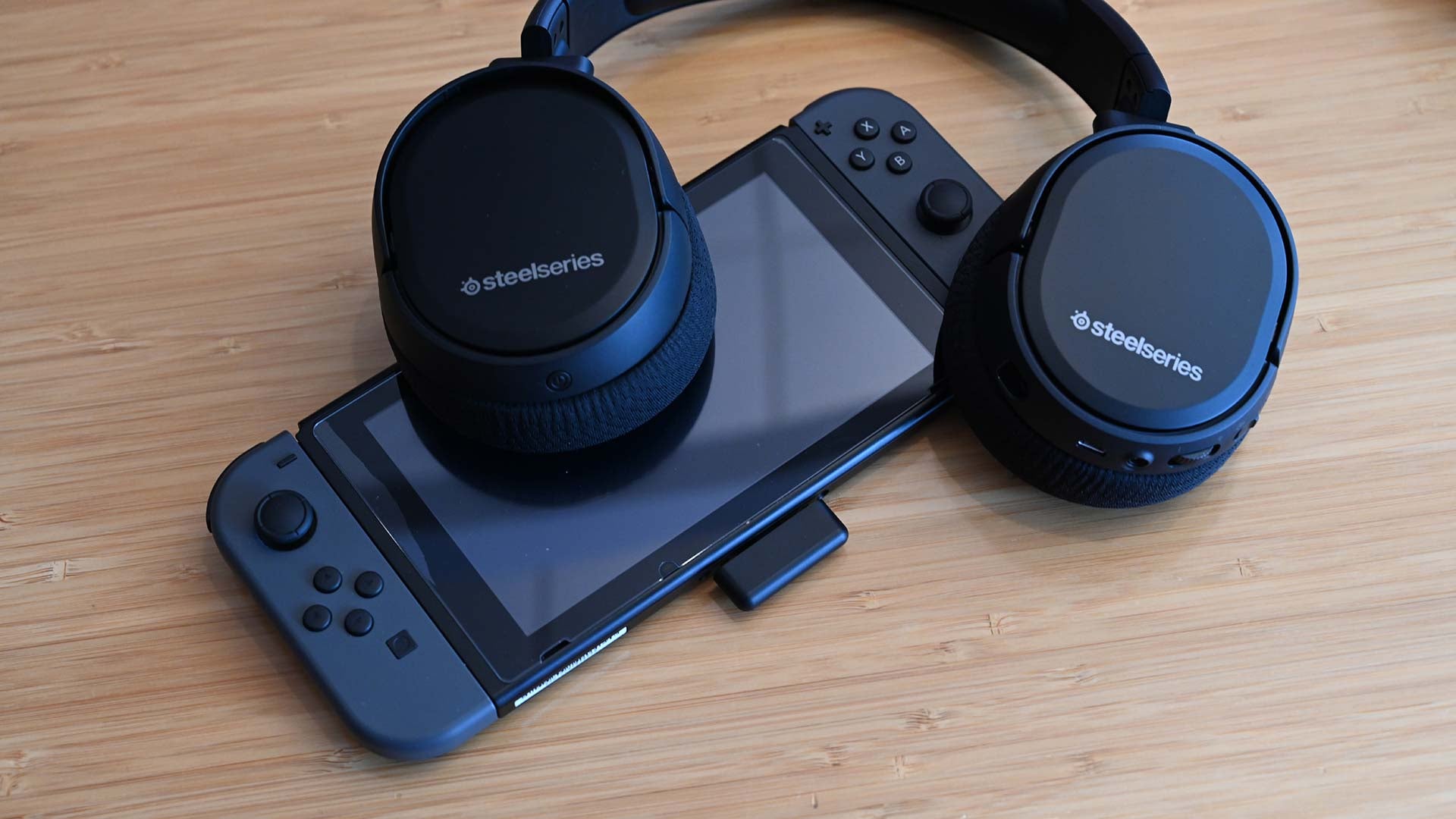 With battery life of around 20 hours, you might be able to go a week between charges, depending on how much you game. The one small incompatibility to note is that when used with Samsung phones up to the Galaxy S10, you can’t use the Arctis 1 to answer calls or use voice chat, which is a somewhat strange restriction put in place by Samsung’s software.

But with support for four of the five largest gaming platforms (along with a wide variety of mobile devices) and a price tag of just $119.99 ($175), the Arctis 1 Wireless looks like a good solution for anyone looking to embrace cord-free audio, especially on the Nintendo Switch.

The Arctis 1 Wireless is available now, but expect to pay a substantial shipping fee if buying through the SteelSeries website.