Stop Telling Me To Drink The New Tea Pokémon, Nintendo 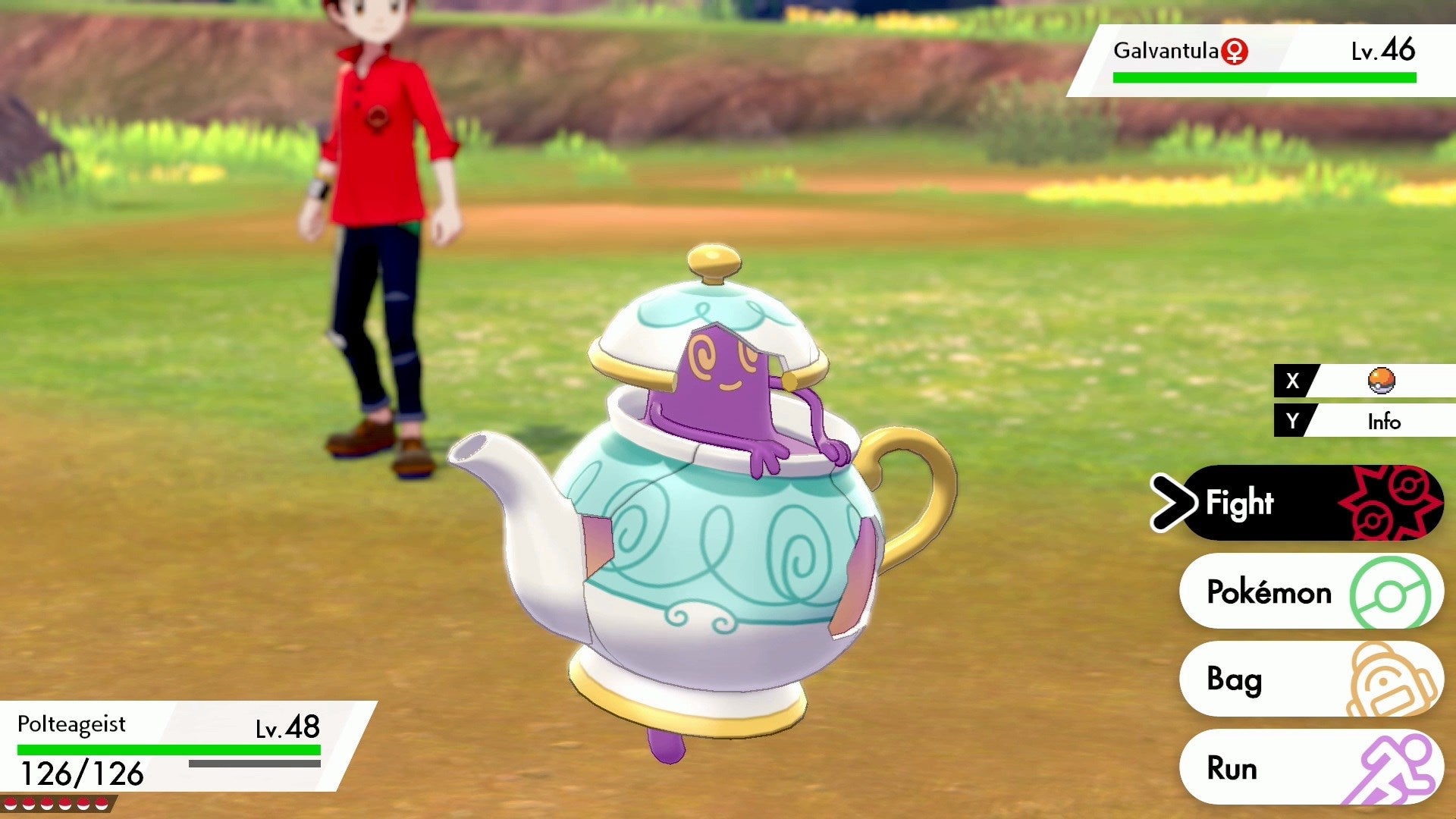 Last night’s Nintendo Direct was full of announcements, but the most exciting for Pokémon fans was likely the segment that detailed new content in the upcoming Pokémon Sword and Shield. This included reveals for two new Pokémon, one of which Nintendo is very eager for fans to literally drink.


The last few instalments of the Pokémon franchise have been criticised for introducing more mundane monsters to the ever-expanding canon. Klefki, for instance, is just a set of keys with eyes, while the Vanillite evolutionary line is essentially a series of ice cream cones.

This arguably recent trend continues in Pokémon Sword and Shield with the introduction of Polteageist, a ghostly tea pot that combines the cutesy Pokémon aesthetic with the supposedly haunted curios collected by paranormal investigators Ed and Lorraine Warren.

“Normally, it makes a home for itself by hiding amongst tableware in hotels and restaurants,” the Nintendo Direct narrator said of Polteageist. “Its body is made of tea, complete with its own aroma and flavour. It may even allow a trusting trainer to taste its tea.”

Wait, what? Taste its tea? Trainers ingesting Pokémon and Pokémon products has long been a topic of discussion among fans, with numerous examples in flavour text and anime dialogue: Miltank milk, Slowpoke tails, Farfetch’d with leek, Magikarp sashimi… the list goes on.

On the other hand, Pokémon series director Junichi Masuda told Kotaku writer Gita Jackson last year that he wasn’t sure whether or not trainers sustained themselves with delicious Pokémon flesh despite these numerous examples.

For Nintendo to so blatantly describe drinking what I can only presume is the body of a tea-based Pokémon instead of relegating that info to flavour text in Sword and Shield was striking.

A one-off reference or throw-away cartoon joke is one thing, but Nintendo seems very adamant that you taste Polteageist, which is described on the official Pokémon website as having a “very distinct aroma and flavour” similar to that of black tea.

Polteageist is also said to be something of a pest due to its ability to pour itself out into regular teapots and create more of its kind, like a kind of asexual reproduction. Maybe widespread drinking of this Ghost-type Pokémon is the only way to keep their numbers down?

There are numerous indications that the region in which Sword and Shield takes place is based on the United Kingdom, so it’s also possible that taking a sip from a wild Polteageist while munching on one of the various flavours of Alcremie is just a thing folks do there in the mid-afternoon.

In conclusion, Pokémon is a land of contrasts. In some ways, it flirts with aspects of the real world; in others, it eschews reality to maintain a veneer of family-friendliness. It’s probably best not to dwell on this disparity too much and just drink the tea Pokémon when Nintendo asks you to. Drink it. Drink it up.