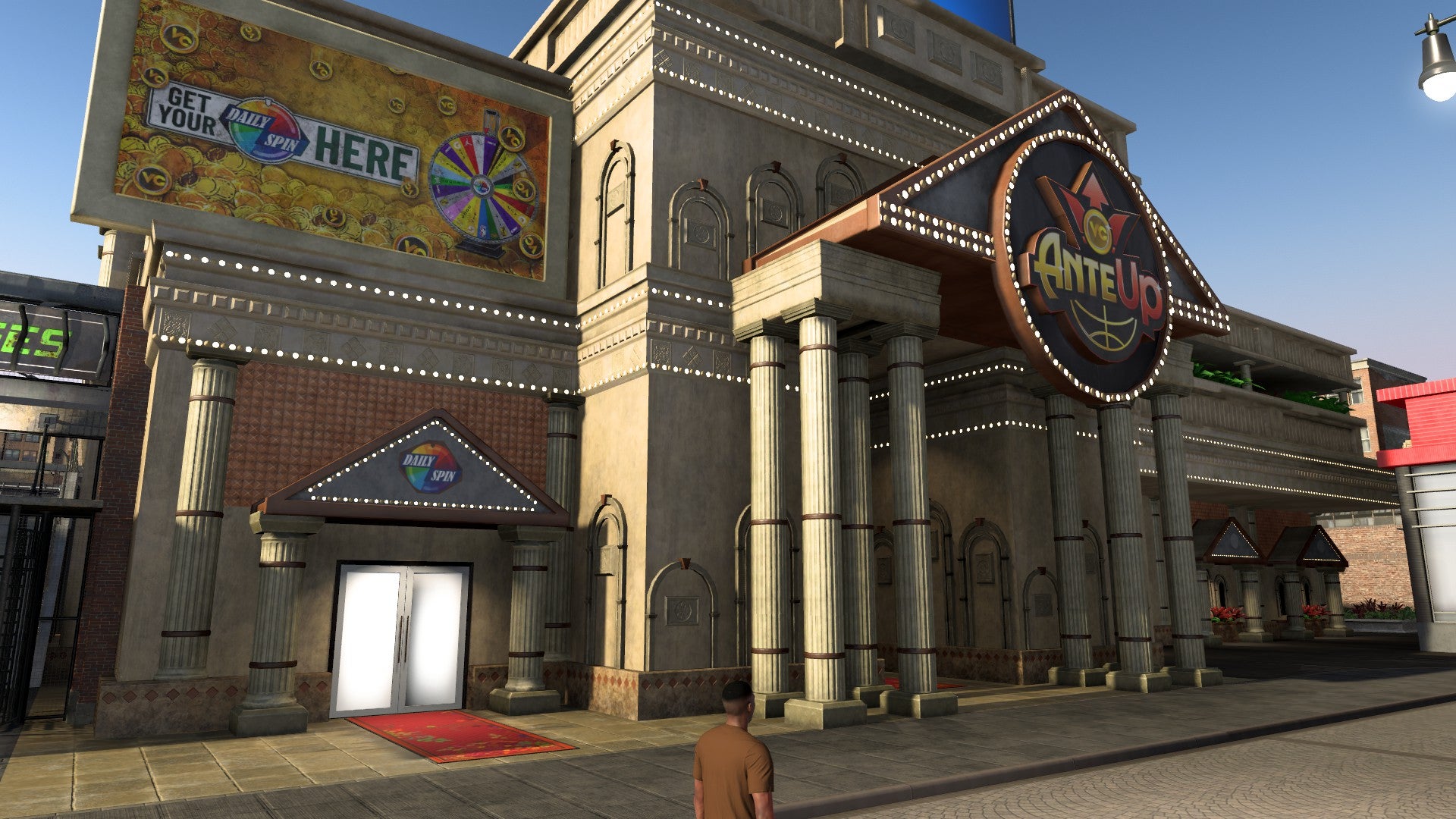 Nothing says subtle like a giant casino in the middle of your basketball game
To sign up for our daily newsletter covering the latest news, features and reviews, head HERE. For a running feed of all our stories, follow us on Twitter HERE. Or you can bookmark the Kotaku Australia homepage to visit whenever you need a news fix.

The NBA 2K series has, for years now, been an excellent basketball game beset on all sides by predatory microtransaction practices. If you’re looking for a 2019 update on this eternal struggle, know that the core of NBA 2K20 is still rotten, it’s just not quite as rotten as it’s been the last couple of years. 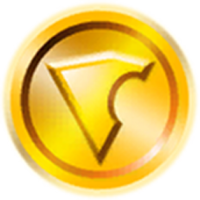 Virtual Currency, or VC, is the lifeblood of NBA 2K20. It’s how almost everything in the game is obtained, from player stats to new sneakers. It can be earned in small amounts through gameplay, but 2K would really prefer if you just paid for large chunks of it with real cash.

Almost the entire NBA 2K experience is still built around VC. If you want to buy new shoes, you need VC. If you want to unlock animations — including even the most basic dunk, otherwise you’re stuck doing lay-ups — you need VC. You spend VC to buy packs of virtual cards, the only way you can flesh out your team in the hugely popular MyTeam multiplayer. You even use VC to increase your player’s stats in MyCareer, the series’ flagship singleplayer story mode.

There’s even a casino, where the series’ twin pillars of brand adoration and in-game gambling aren’t hidden, but celebrated.

And it remains, as it always has been, gross. There isn’t another AAA game on the market, sports or otherwise, that comes close to trying to nickel-and-dime its players like this. This is an $80 video game that is asking you to buy it, take it home then continually pay more money to engage in its core game modes. It’s a console/PC game with the fiscal appetite of a mobile gaming scam. 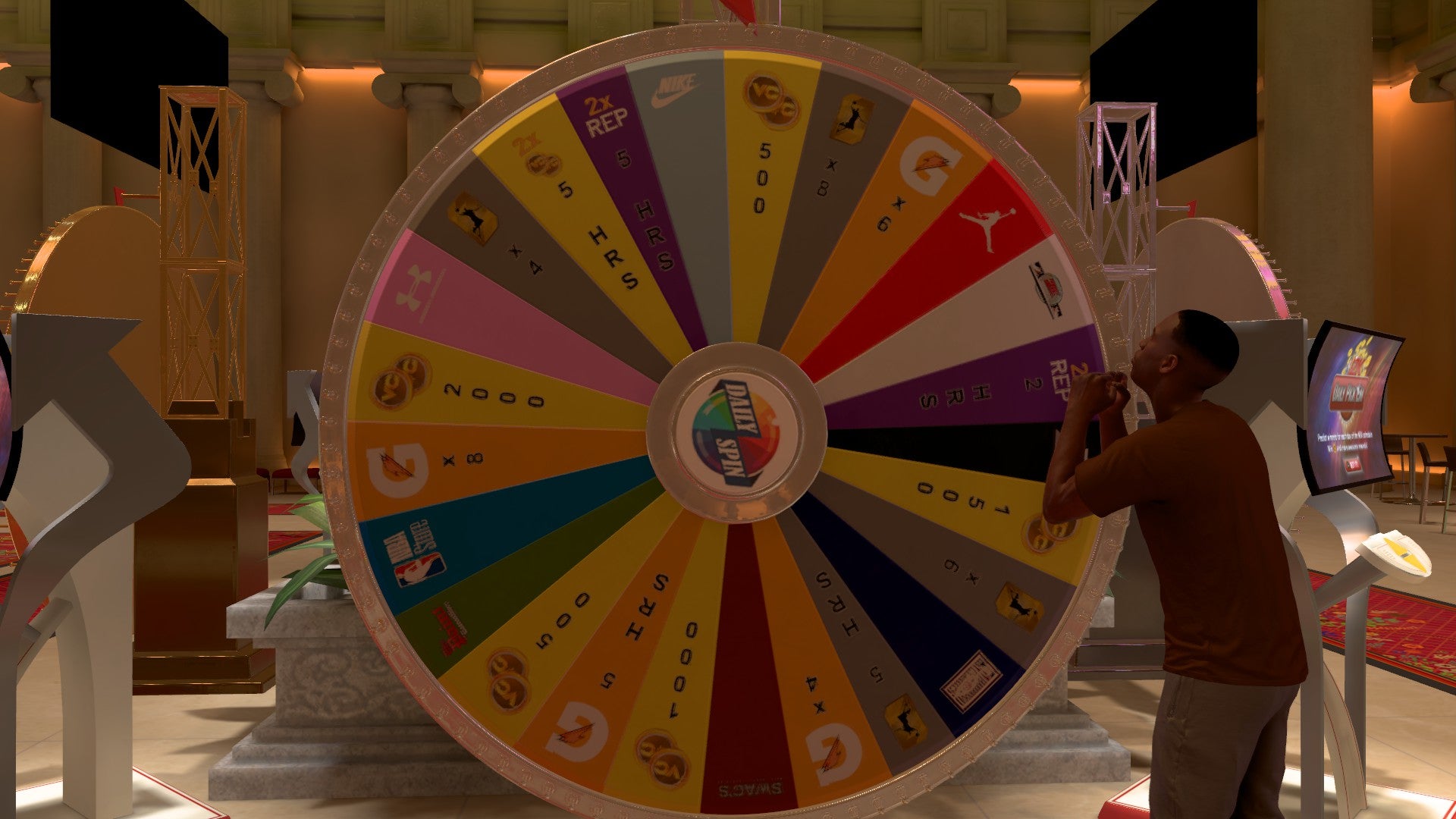 This is always the single grossest NBA 2K screenshot, but this wheel is actually dishing out free stuff

But — and I say this with the faintest of praise — lessons have again been learned this year, much as they were with last year’s haircuts. Or at least they have when it comes to MyCareer, the only place I’ve had time to really sink my teeth into since the game’s release last week.

MyCareer has always been the place where 2K’s microtransactions have felt the most disgusting and out of place, being a story-driven single player game mode, an intrusion even EA never dared to make with its own cinematic sports campaigns (like The Journey and Longshot). 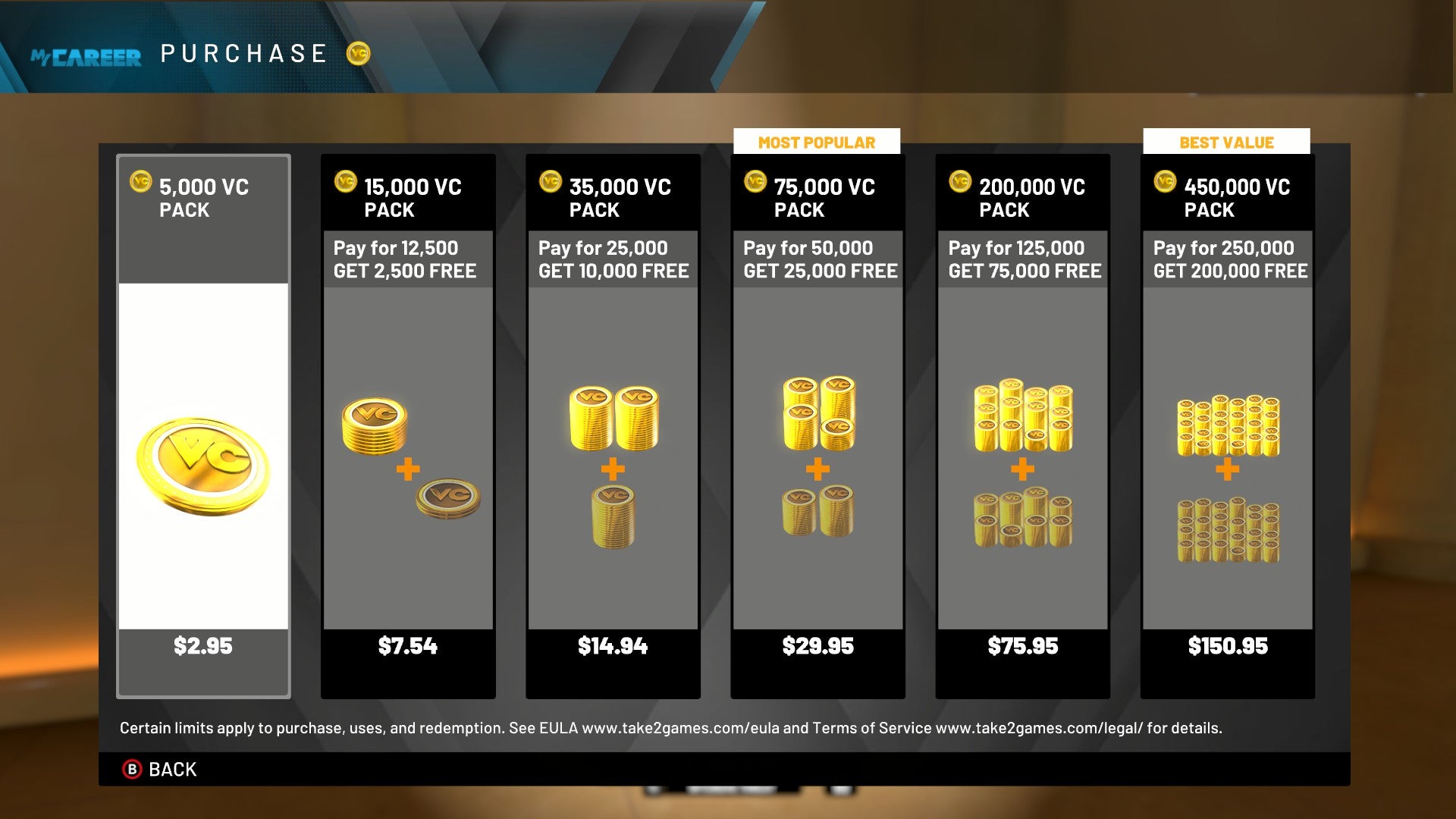 While 2K’s desire for you to spend VC is still lurking everywhere beneath the surface, you’re not being begged to buy it at every menu screen like in recent years. And more importantly, the game is now surprisingly generous with the amount of currency it dishes out in MyCareer, from both game salary and sponsorship agreements.

You’ll find that just a few games into your NBA career you’ll have such a steady flow of VC coming in that, if you only want to grind single player and nothing else in 2K20, you can now do so without feeling like you have to pay for VC to give you a boost.

None of which excuses the overall structure of the series, of course, nor does it speak to the rest of the game, which I’m going to explore over the next few weeks. NBA 2K20 is still a standard-bearer for the very worst excesses in predatory pricing and microtransaction design.

But if you’re like me and love MyCareer — which with Longshot and The Journey being MIA this year is now the best singleplayer sports game mode by default — then you can at least know that things are… not as terrible as they were a year ago?

Then again I said last year this kind of “gratefulness” is a form of terror in itself, so maybe everything just sucks and we live in a hell where we’re hoping for EA of all companies to get their shit together and save us. 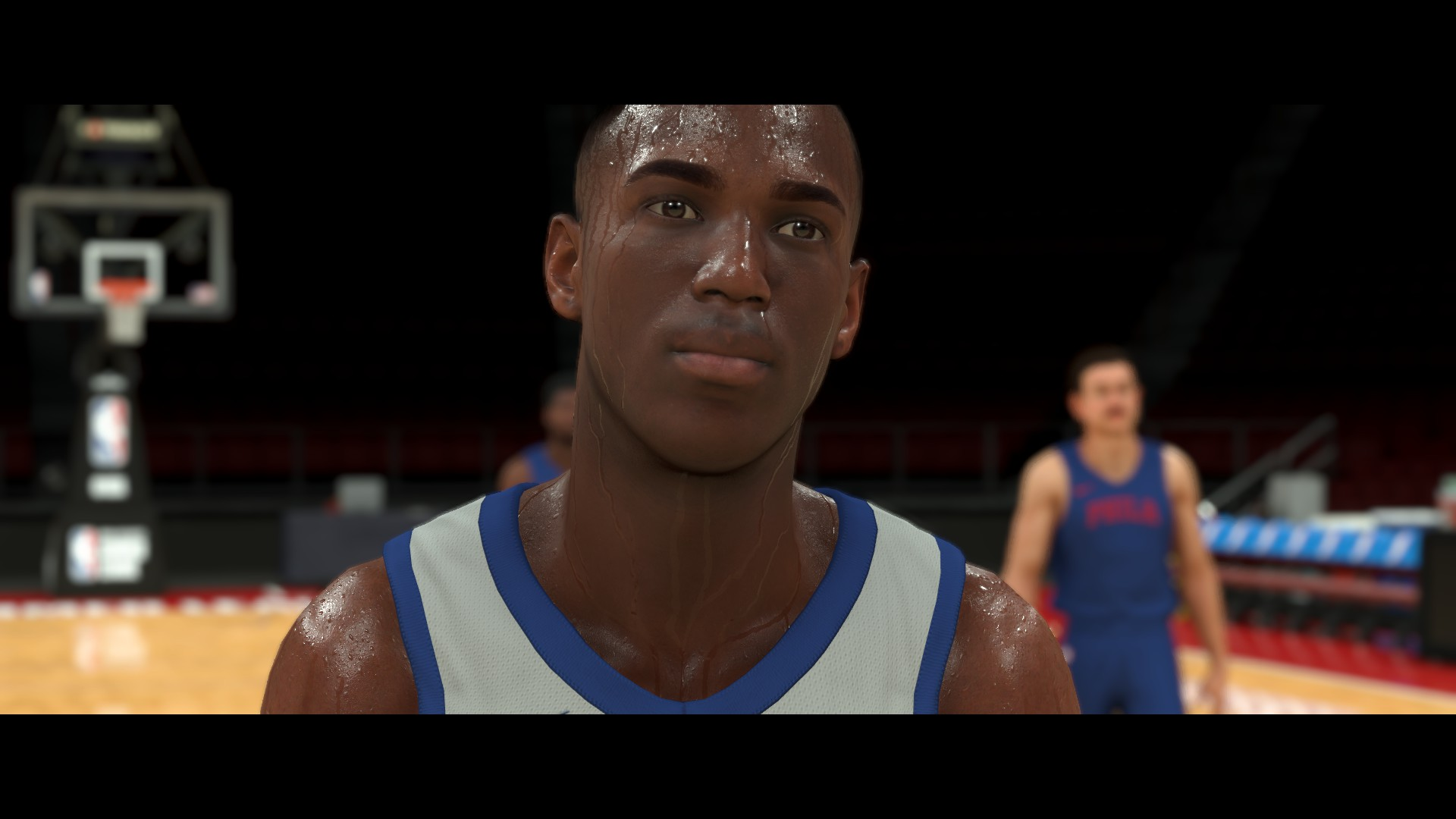 But what about the game itself?

Like previous years, my 2K20 review will mostly centre around MyCareer mode, which I’m currently playing through. I’ll get into my thoughts on the rest of the game there, of course, but for now my impressions are that it’s a bit slower, and that’s a good thing, since it feels a bit heavier and more realistic.