The First Puzzle Quest Is Still The Best

2007’s Puzzle Quest: Challenge of the Warlords combined tile-matching puzzles and role-playing game mechanics to create an incredibly compelling hybrid game that was near impossible to put down. One sequel, several spin-offs, and countless copycats later, the Switch version of the original Puzzle Quest is just as captivating as it was 12 years ago. 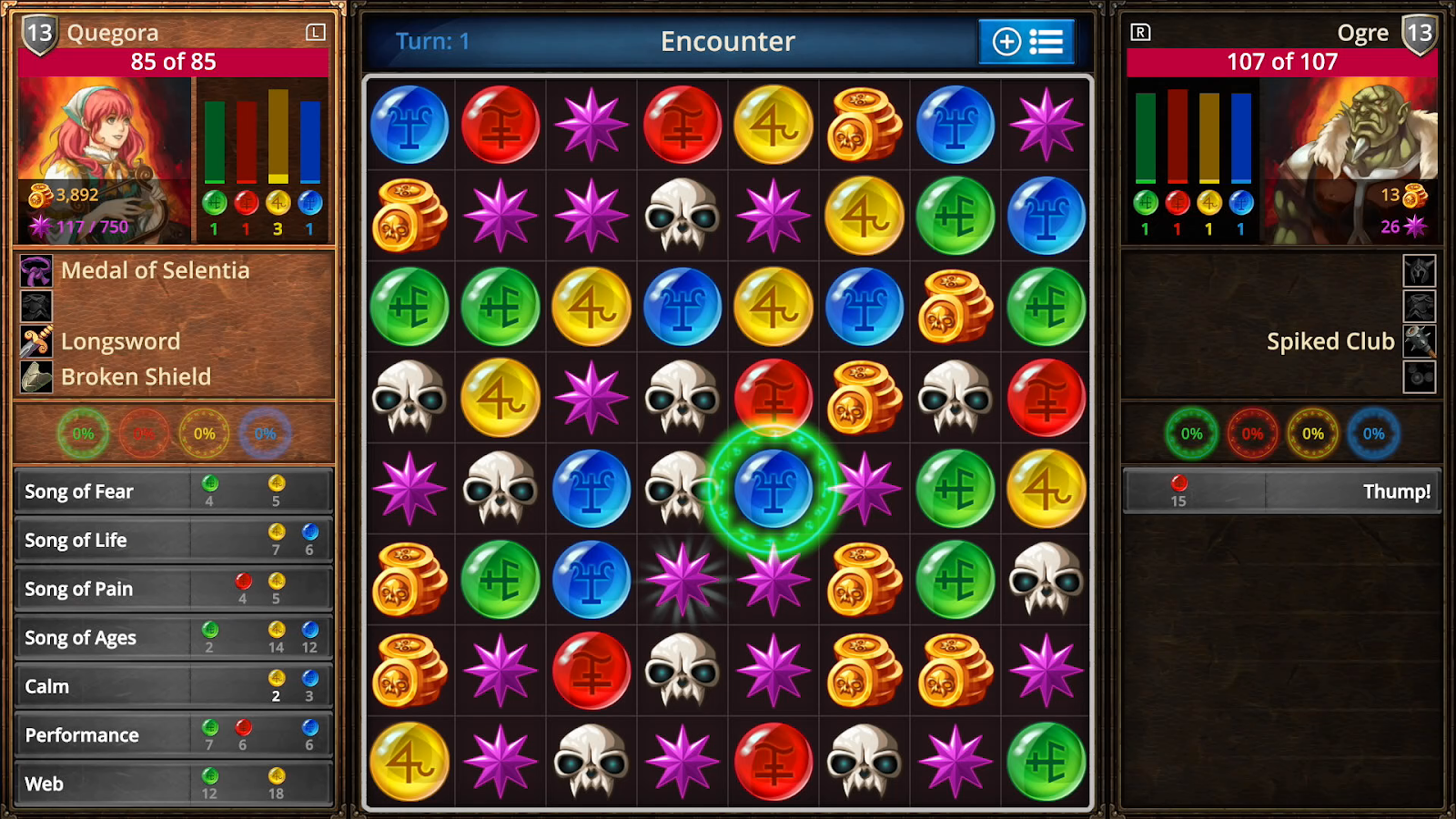 Each battle is a one-on-one turn-based RPG battle. The player has to collect the mana needed to pull off their spells and abilities while denying their enemies the same. Do I match yellow gems so my bard character can sing a healing song, or do I collect red gems to keep my ogre enemy from using its devastating “Thump!” ability? There’s a depth of strategy to Puzzle Quest that belies its simple appearance. It’s a mix of tactics, skill and sheer luck that’s intoxicating.

Though the graphics have been sharpened for the Switch re-release and some of the mechanics re-tuned (players are no-longer penalised for trying to make illegal moves), this revamp looks and feels much like the original. The impactful feeling when a match is made, the tingling sound when four gems or more are cleared, signalling an extra turn, the way the music changes when the player’s or the enemy’s hit points drop dangerously low ” it’s all here, only bigger and brighter. 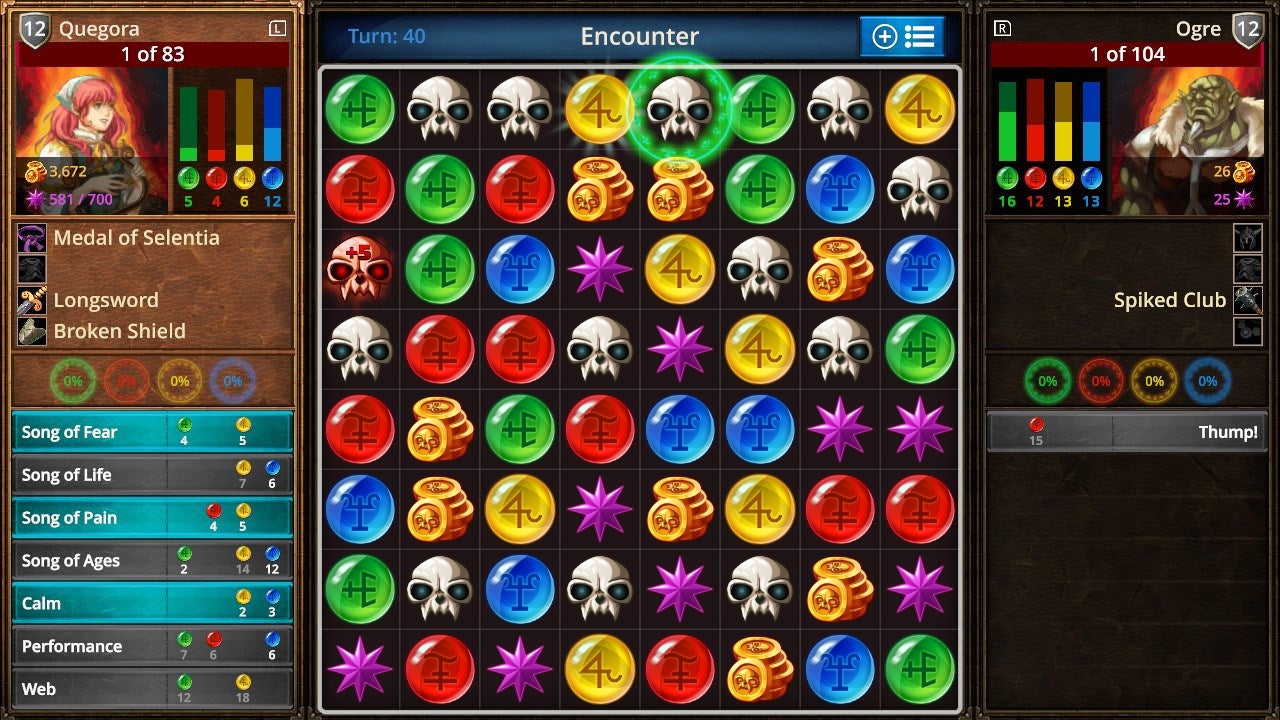 This was one hell of a close battle.

Puzzle Quest: The Legend Returns combines the original game, developed by Infinite Interactive as a spin-off to the Warlords series of turn-based strategy games, with its 2008 expansion Revenge of the Plague Lord and a brand-new storyline with more than 100 new quests. There are new monsters, new bosses, new puzzle mini-games, and four new playable character classes. 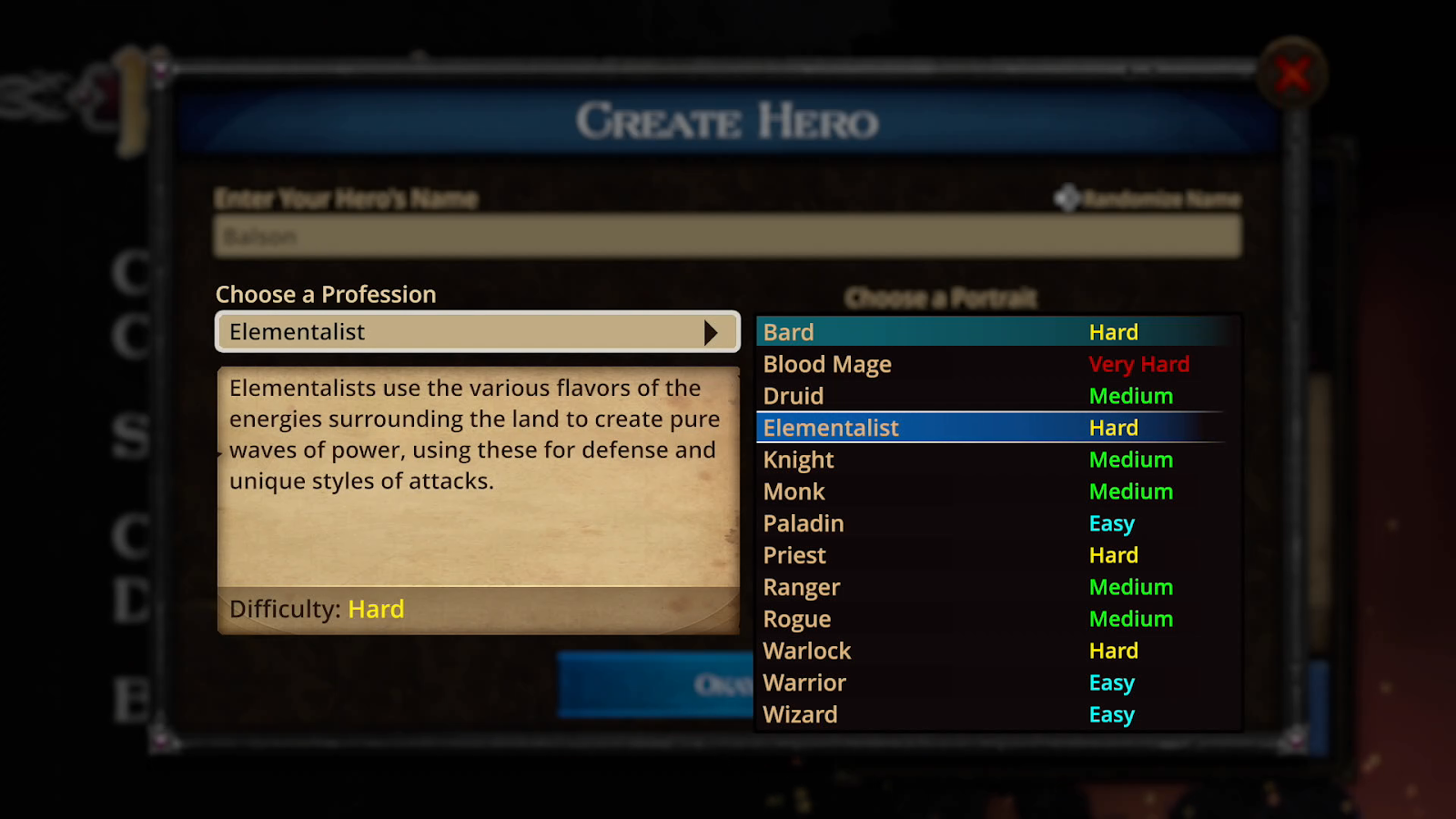 It’s almost too much Puzzle Quest. I spent 15 minutes flipping through character classes before settling on an old favourite, Revenge of the Plague Lord‘s Bard. Each class in the game plays drastically different from the others, so while the quests are largely the same in every playthrough, the way you must vanquish your enemies varies wildly. With dozens of hours of questing required to level every character class, I doubt I’ll ever be completely done with this game. 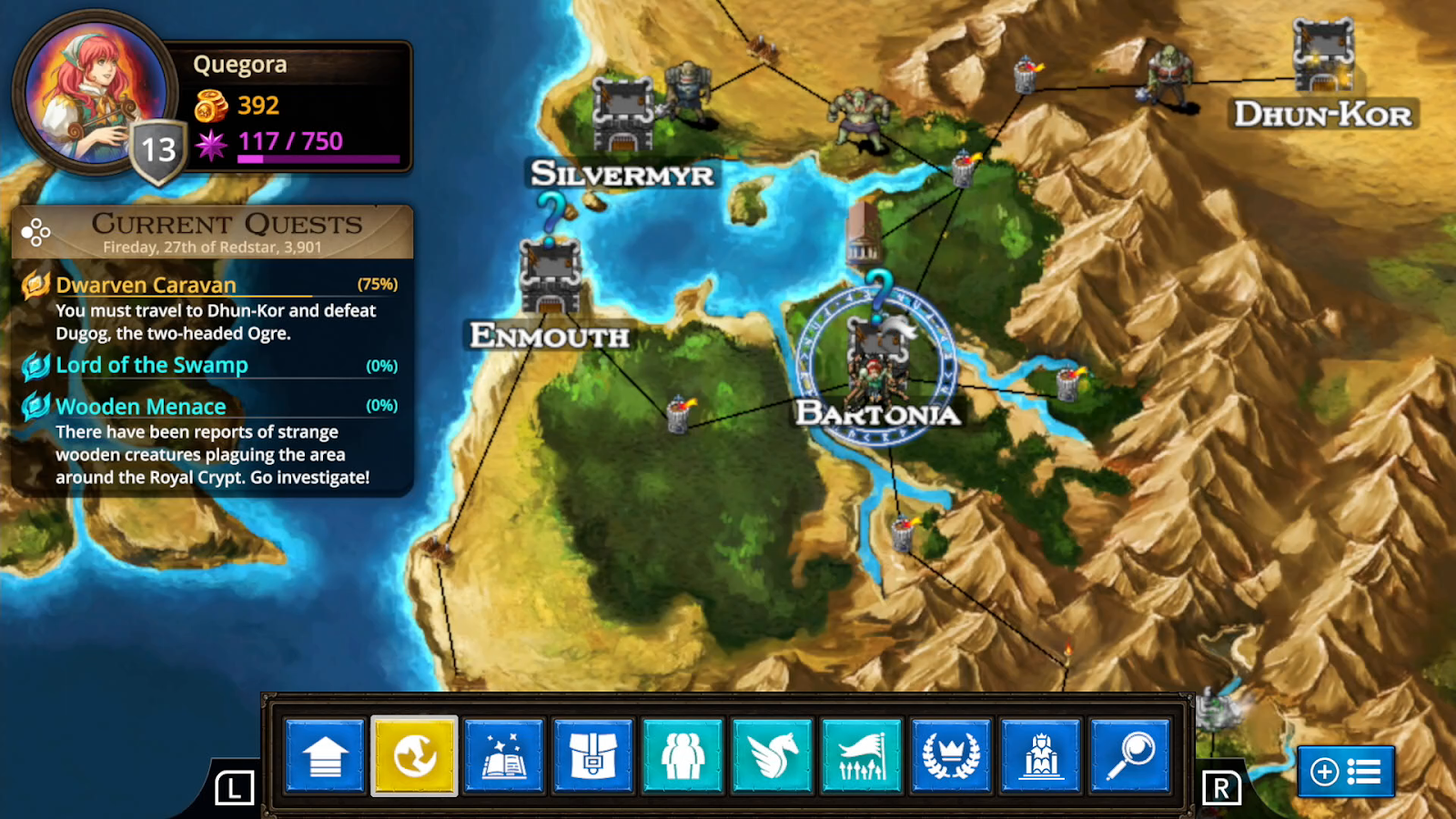 The Puzzle Quest series fell off a cliff after this first version. 2010’s Puzzle Quest 2 added a layer of complexity with attack and defence and statistics that, while not entirely unwelcome, muddled the successful formula of its predecessor. 2009 sci-fi spin-off Puzzle Quest: Galactrix was super-challenging and incredibly dense.

The most recent games in the series, Marvel Puzzle Quest, Magic the Gathering Puzzle Quest and Adventure Time Puzzle Quest, are free-to-play games that are hollow licensed shells, lacking the depth of story and strategy established in the original.

So this is one of those rare instances where going back to the first game in a relatively long-running series isn’t a matter of rolling back years of innovation and improvement. Puzzle Quest started in a very good place; Puzzle Quest: The Legend Returns takes me right back there.