The Gears 5 Glitch That Saved Me 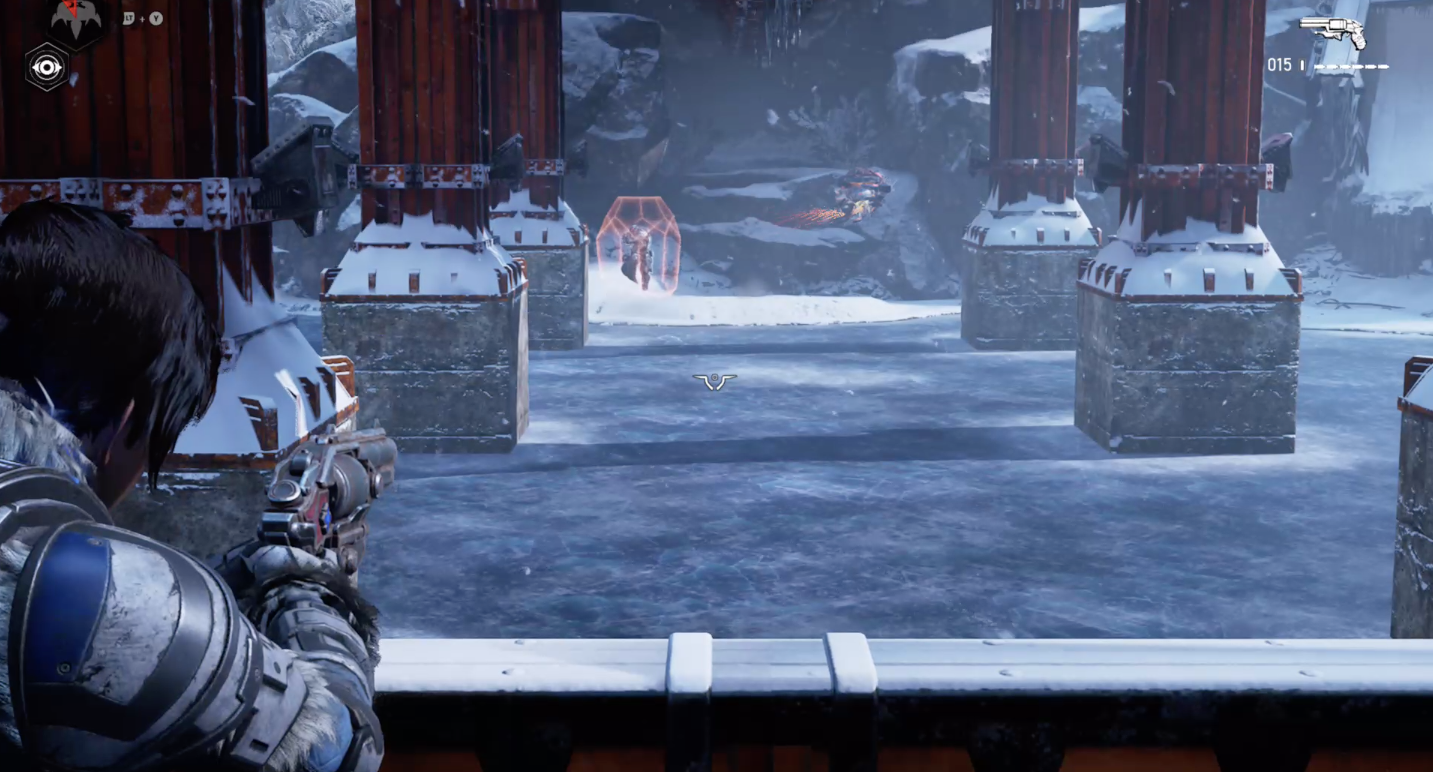 I’m fighting the same video game battle for the 15th time in the past hour. This time, I think, I’m going to beat it. Enemy gets me with a chainsaw in the back. Nope.

Try again. This time? Shot with a missile from afar.

Deep breath. It’s going to all work out this time.

But then it doesn’t.

That was me repeatedly failing the same fight in Gears 5 on Saturday, making all the mental mistakes that happen when I’m smashing into a game level that won’t give.

We’ve all been there: We hit a hard part in a game and just refuse to give up. Lower the difficulty? Perish the thought. Spend an hour or more getting increasingly stressed and arguing with ourselves about when to finally change a strategy that so clearly isn’t working? What saves us from these moments and from ourselves?

On Saturday, for me, it was a merciful glitch, and I’ve decided I’m ok with that.

The Gears 5 fight made me happy before it stressed me out. It occurs late in the new Xbox One and PC game’s second act. I’m playing as Kait Diaz, hauling a machine gun and a huge staff with me as Kait, her buddy Del and their robot helper Jack scramble down to a frozen lakebed below a damaged bridge and shoot past a group of growling humanoid enemies.

The encounter’s wonderful twist is that you can just shoot the ice below your enemies’ feet to make it crack and drown them. The ice re-freezes so you can shatter it beneath the feet of whoever walks on it next. Great!

The first fight on the lake went fine. I reached a platform on the far side of the frozen lake bed. I then discovered I’d need to defend it as more enemies approached from across the ice. This defence occupied the next 70 minutes of my playthrough. I thought the fight would be quick, and I really needed it to be. It was late at night. My wife had gone to bed. My daughter had gone to sleep with a fever. I’d just get through this thing.

I made Kait crouch behind a wall. Here came the enemies — first these little hopping guys, some of whom turned into suicide bombers. Pop this one off here, shoot the ice under that one… get that bomb one to blow up on the ice so that the lake swallows two of his buddies, too. Damn, I’m good. Then come the slower, stronger enemies. Crack the ice here. Crack it there. Bigger bad guy coming up, but he’s shielded. Aim at the ice at his feet and then… no. He got me.

Every time I tried this fight I was sure I was about to win it. Sometimes I’d get further, all the way to what I assumed was the final rush of shielded enemies. Sometimes I’d die early from the hopping bomber guys. The enemies always came in the same pattern. Too often, I responded with the same pattern, stubbornly clinging to tactics that had failed and failed some more.

Two steps forward, one step back, and finally I was surviving long to nearly clear the fight.

My final run felt magical. I was shooting the ice in all the right spots, sending all the baddest enemies to their very cold baths. I was doing great. I’d learned. Witness me, the breathing exhibition of a human being’s ability to improve through repetition. I had solved it all!

The only catch was that I didn’t hear a guitar riff. That was odd. Gears games have always done this thing where you’ll hear a guitar chord once you’ve cleared an enemy battle and you’re out of danger. I’d fought the fight. I’d slayed the bad guys. There was no chord.

Then I noticed it. Way in the back, mostly obscured by a pillar. Was that one of those cannon-wielding enemies that had stopped so many of my nearly successful runs? Come to think of it, it did seem like there was one less in this last fight. There he was, walking but staying in place, like someone warming up on a treadmill at the gym. Oh. That’s why I had finally cleared this fight. It had glitched.

I walked up to that broken enemy and shot a drone that was shielding him. That seemed to free him. I backed up, shot the ice, drowned him and heard the guitar riff.

Briefly, I felt bad about this. It was a cheap win.

Then I saw the time. I thought about my daughter and how I’d probably need to be up soon if she woke up feverish (she would) and that I’d need to help her back to sleep (I would). So I took my cheap win, turned off the game and called it a night.

The next night, I hit another tough fight and a tougher one after that. I should probably lower the difficulty of this game, huh? Nah.