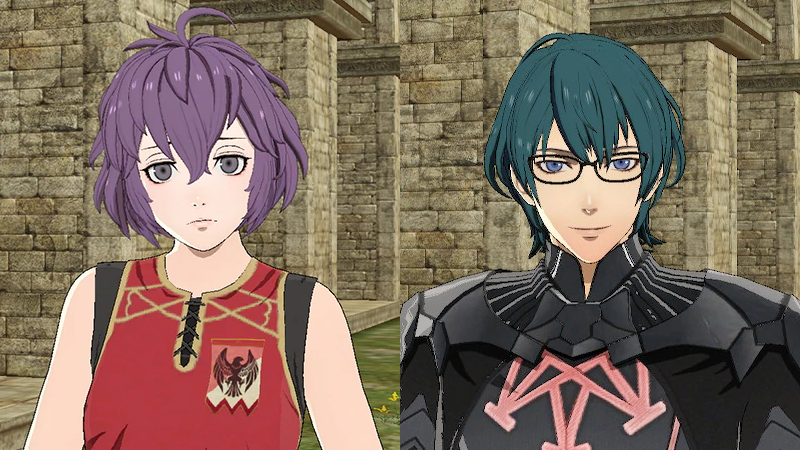 Tactical dating simulator Fire Emblem: Three Houses received a sizable update this morning, giving folks some more stuff to play around with as they alternate between leading teenagers into battle and attempting to woo the guy or gal of their digital dreams.


In addition getting several new auxiliary battles and an extra-difficult mode for the game, players can now clothe their soldiers in special lounge outfits that look a lot like medieval basketball jerseys. Players can also improve the main character’s vision with a pair of eyeglasses, which I have now realised is a thing the internet very much enjoys.

WARNING: I haven’t finished Fire Emblem: Three Houses so it’s entirely possible some of the posts below spoil story moments without my knowledge. Continue at your own risk if you’re worried about that sort of thing.

Let’s start with those new outfits. The shorts and tank tops that your soldiers can now wear will take on the colour of the house you chose at the beginning of the game, which only makes the sports jersey comparisons more apt.

I don’t think that’s the kind of ball the students are talking about.

Marianne was already popular, but pulling a Kobe is definitely going to raise her profile when it comes time to pick teams at Fódlan’s version of the YMCA.

"F-Forgive me…" Marianne whispers as she sinks her 15th three pointer, pulling her team up to a devastating 105-65 lead pic.twitter.com/UwdW9N7QLI

Speaking of basketball, an artist who goes by Tannith imagined some of the cast as part of a hypothetical Space Jam crossover.

me pulling up to my Golden Deer playthrough with the new DLC costumes pic.twitter.com/fBZMctEKDY

Golden Deer housemates Claude and Hilda laugh at Dimitri in this recreation of a classic meme.

imagine u are a bandit and a knight in pajammie jams is what kills you pic.twitter.com/lUeJxayabv

No game, no arse… poor Sylvain.

Reactions to Byleth’s glasses have been more amorous than humorous. This sweet drawing imagines her spending some down time with a book and one of Garreg Mach Monastery’s many cats—cats that you still can’t pet in-game, Nintendo.

i didnt buy the dlc but glasses!Byleth is pretty nice pic.twitter.com/BFH8WkbOoM

This cat was the perfect reaction to a shot of Byleth in her new eyewear.

Why can’t I hold all these Byleths with glasses?

And finally, as someone who absolutely needs eyeglasses to function, this speaks to me on so many levels. Please do not touch my glasses.