The Internet Reacts To That Goose, You Know The One 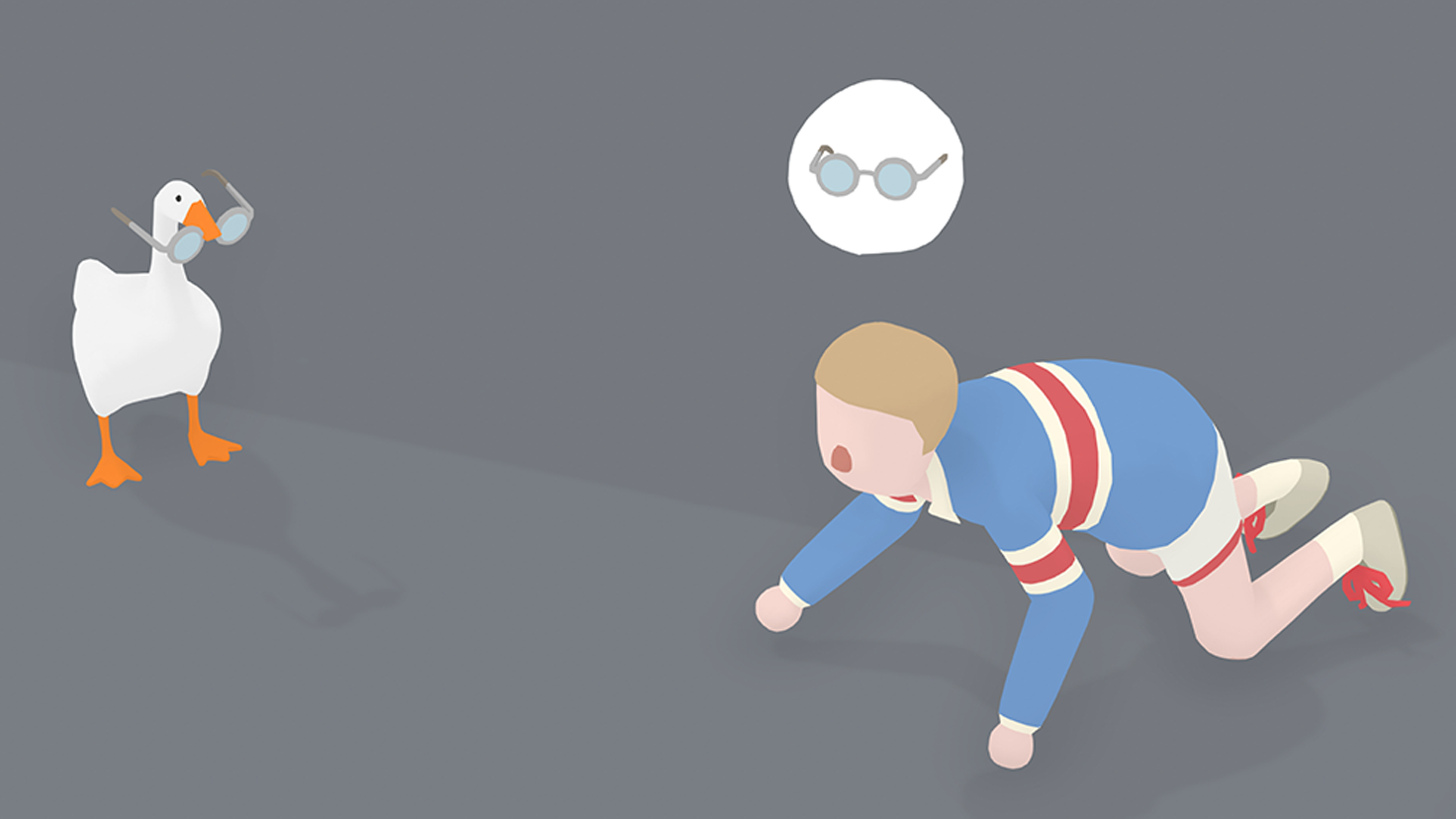 For most of our lives, we’ve all been ordinary people, content to live ordinary lives and maintain a functional social order. Then, last Friday, Untitled Goose Game came out. Now we are all the goose, a feathered hellion who believes property is theft, and theft of property is good as hell as long as the person doing it is a goose. Our eyes have been opened, our perceptions transformed. Here’s what people are doing as part of the new Goose World Order.

It hasn’t even been a week since Untitled Goose Game came out, but the internet is already aflood with in-game accomplishments that I, even after reviewing the game, didn’t know were possible, as well as tributes to the waddling embodiment of chaos we all now aspire to be. Behold:

love, much like the goose, knows neither laws nor limits pic.twitter.com/PDgZQJS2NB

I got a suggestion to use a turbo button controller for the honk button.

I have weaponized this goose. pic.twitter.com/kqID4mOJCD

not everyone hates the horrible goose pic.twitter.com/xgLmfHzmWc

My reaction to the signs in #untitledgoosegame I'm the best worst goose. pic.twitter.com/QmgKCmdcNF

I HAVE RIGHT TO FREEDOM OF SPEECH. THIS IS CENSORSHIP. TWITTER WILL HEAR ABOUT THIS. pic.twitter.com/AaEKQx9toN

rip to the gardener, killed by @polimayo on stream pic.twitter.com/6266jQJX3C

in case you missed it, I am the horrible goose that lives in the town https://t.co/Z3j7PpV17M pic.twitter.com/nf04YR3LEv

has this been one yet? i love me some untitled goose game. pic.twitter.com/luESJiNIIi

I played this wonderful game over the weekend, and now I still can’t stop thinking about being a horrible goose pic.twitter.com/BZbBqzpldu

me: hm should i play more yakuza kiwami or goose game tonight
my brain: neither, draw this instead pic.twitter.com/IrOWUi2qSe

My 4 moods as presented by Untitled Goose Game. pic.twitter.com/ShNg4sD4Wt

COLONEL: what's that, Snake? A goose?

OTAKON: Help me, Snake! It took my glasses!

I think it's important you all know that the honks that made it into the game are just a fraction of what a goose can really do!! pic.twitter.com/hPHmwlJs8w

Did I cut a trailer for @house_house_'s Untitled Goose Game using @lizzo's "Juice" simply because she says, "Blame it on a goose?"

Of course I did. pic.twitter.com/3MFkmhdszS

When you're trying to introduce that you'll be playing Untitled Goose Game, but the Goose is trying to steal the show. pic.twitter.com/VGGWQIrGN2

This whole village was Leave and the goose knows it. pic.twitter.com/7iUkbhuxgE