The Time I Wrote George Lucas A Letter 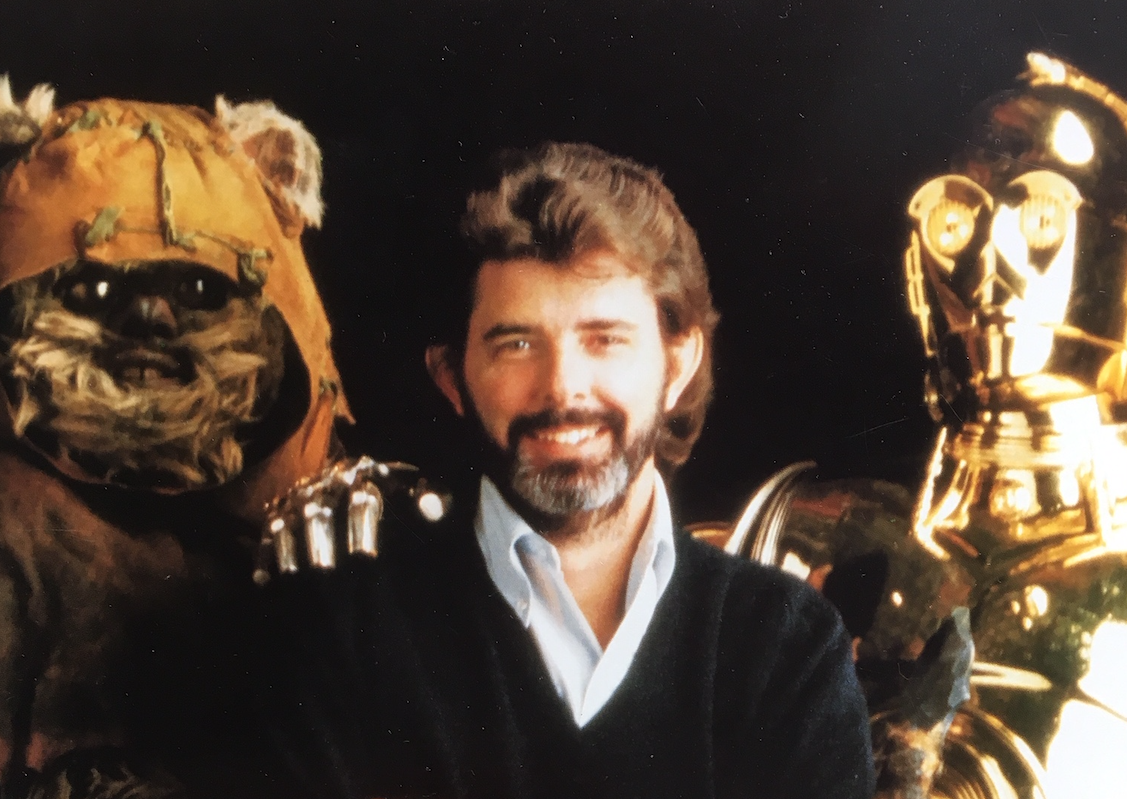 Growing up in the 1980s, I was a huge Star Wars fan. The first movie I ever saw in a theatre was The Empire Strikes Back. I loved it. Like everyone else, I eagerly awaited Lucas’ overdue return to the director’s chair. And in 1994, I wrote him a letter asking about the then-unmade future episodes.

When I was a kid, I used to collect autographs. I wrote all sorts of people letters, asking for their signatures. People like Rosa Parks, Ray Bradbury, and, well, George Lucas. Sometimes I would also ask questions. Rosa Parks and Ray Bradbury both wrote back, sending their autographs with their replies.

But George Lucas was too busy. Fair enough. At the time, he probably got massive amounts of mail—hundreds per week! No doubt he still does. 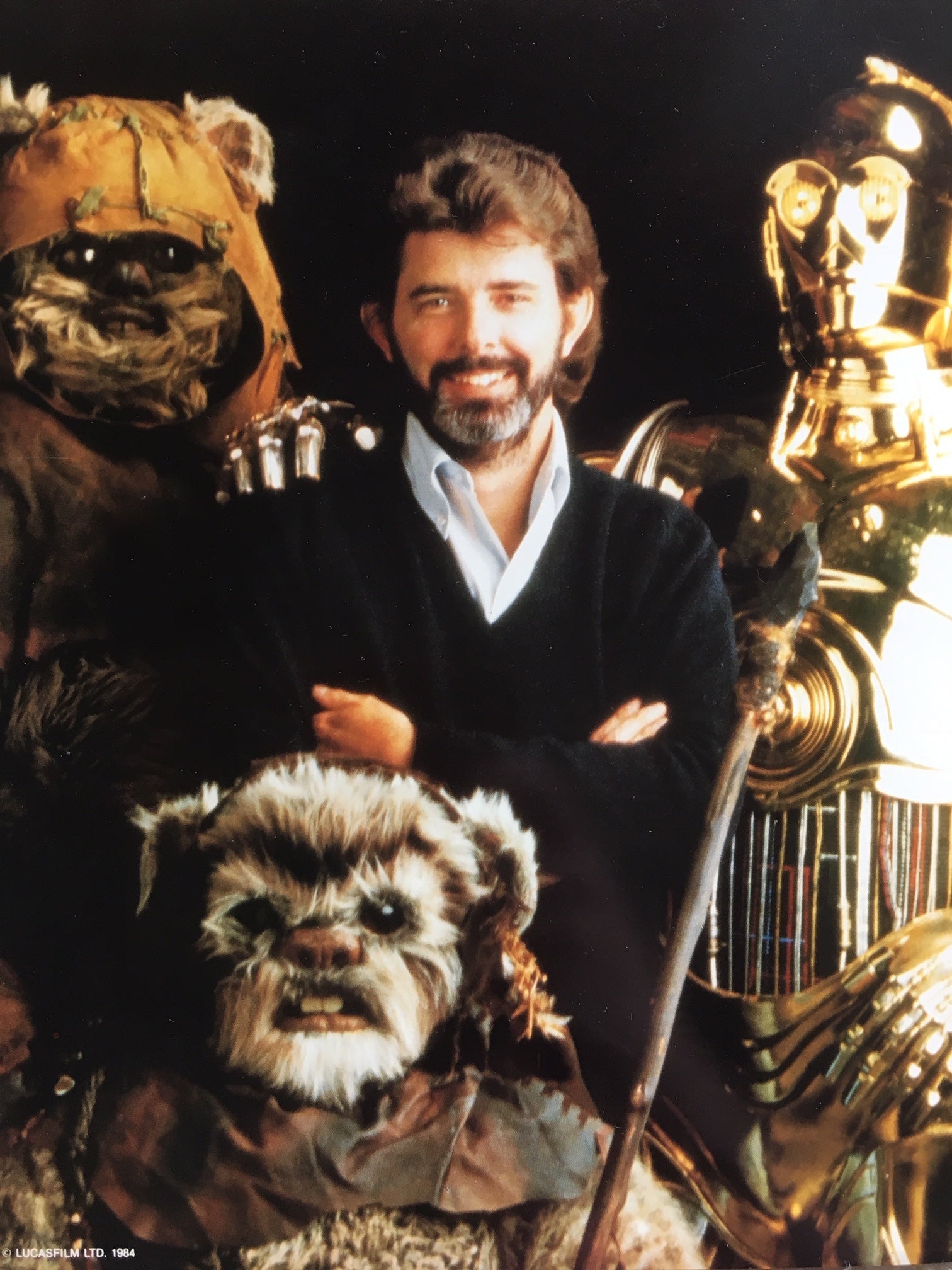 However, in place of a signature, I was sent a Return of the Jedi era 8×10 and a bookmark that I sadly can no longer locate.

It didn’t really bother me that Lucas didn’t send me an autograph. What was cool was the lengthy letter I got from LucasFilm. Looking back, it’s even more fascinating considering the films that followed.

The secretary was kind enough to share some teeny tidbits about the films, which for analogue, pre-modern-internet 1994, was an even more precious commodity.

Some of the letter is similar to other LucasFilm correspondence I’ve seen, which is, again, understandable considering the volume of mail received. 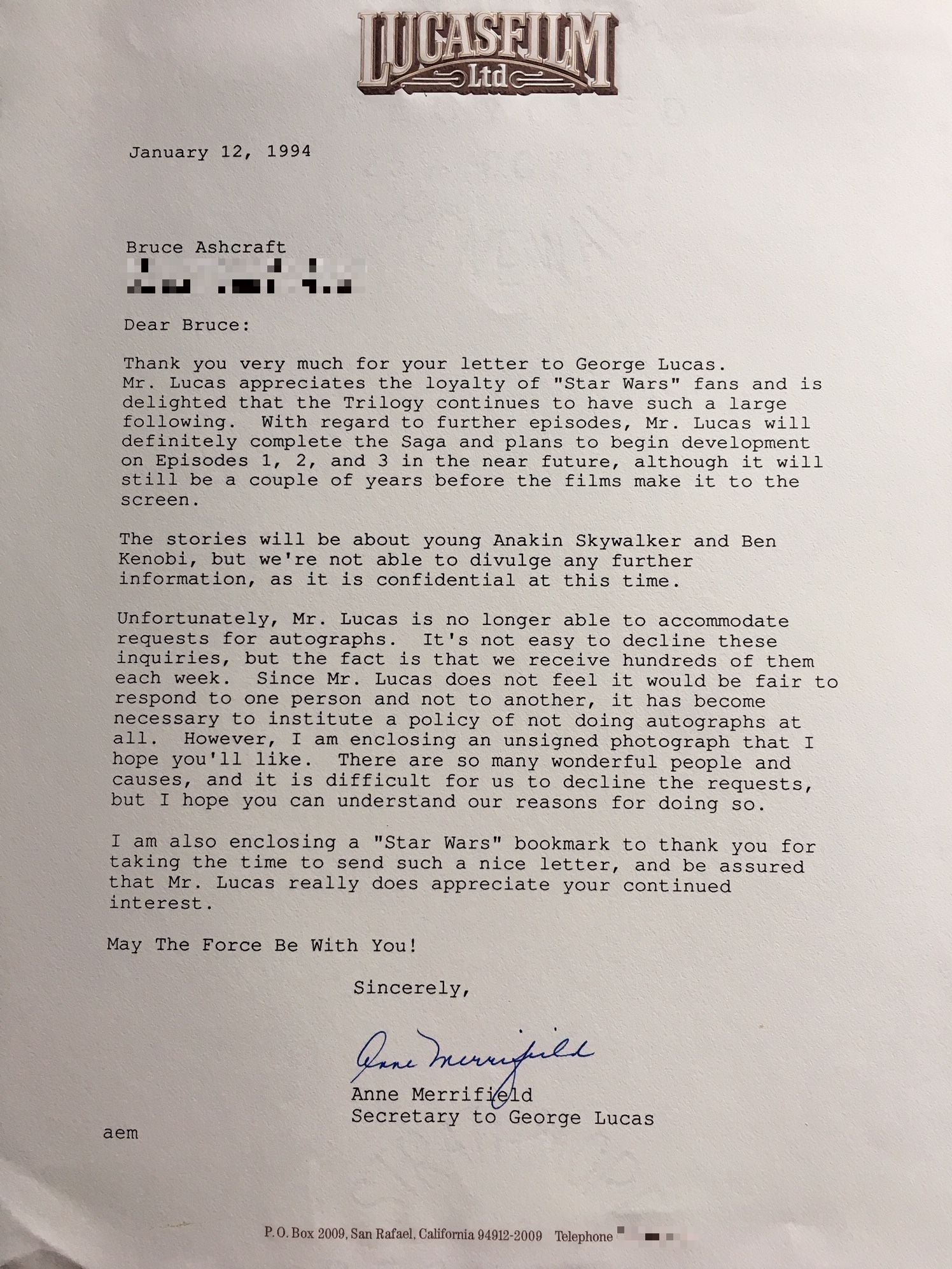 There was so much hope and promise at the time! But who the hell is Bruce?