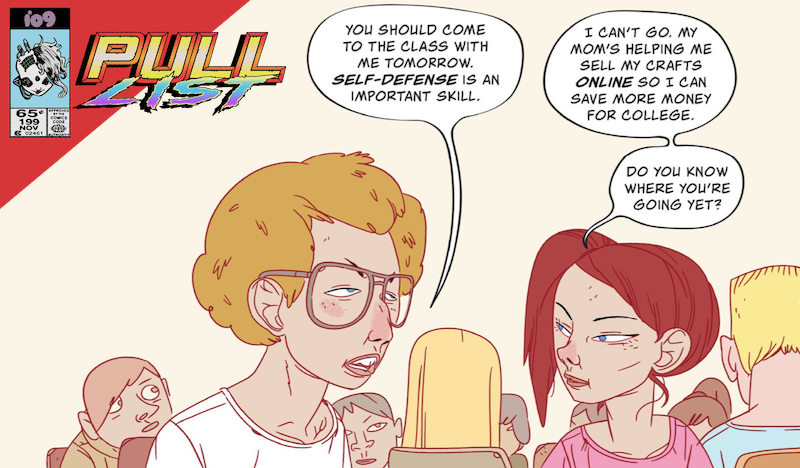 Napoleon and Deb discussing their post-high school plans. (Image: Jorge Monlongo, Christa Miesner, IDW Publishing)
To sign up for our daily newsletter covering the latest news, features and reviews, head HERE. For a running feed of all our stories, follow us on Twitter HERE. Or you can bookmark the Kotaku Australia homepage to visit whenever you need a news fix.

Everyone’s felt it at one time or another: A compulsion that drives you to single-mindedly pursue a specific goal you know is a part of your destiny. For some people, these compulsions are big and grandiose — while for others, they’re much smaller.

The heroes — if that’s what you want to call them — of this week’s best new comics have all given into these kinds of compulsions in one form or another, and they all sincerely believe that acting on these instincts is ultimately going to work out in their favour, despite all the evidence to the contrary. 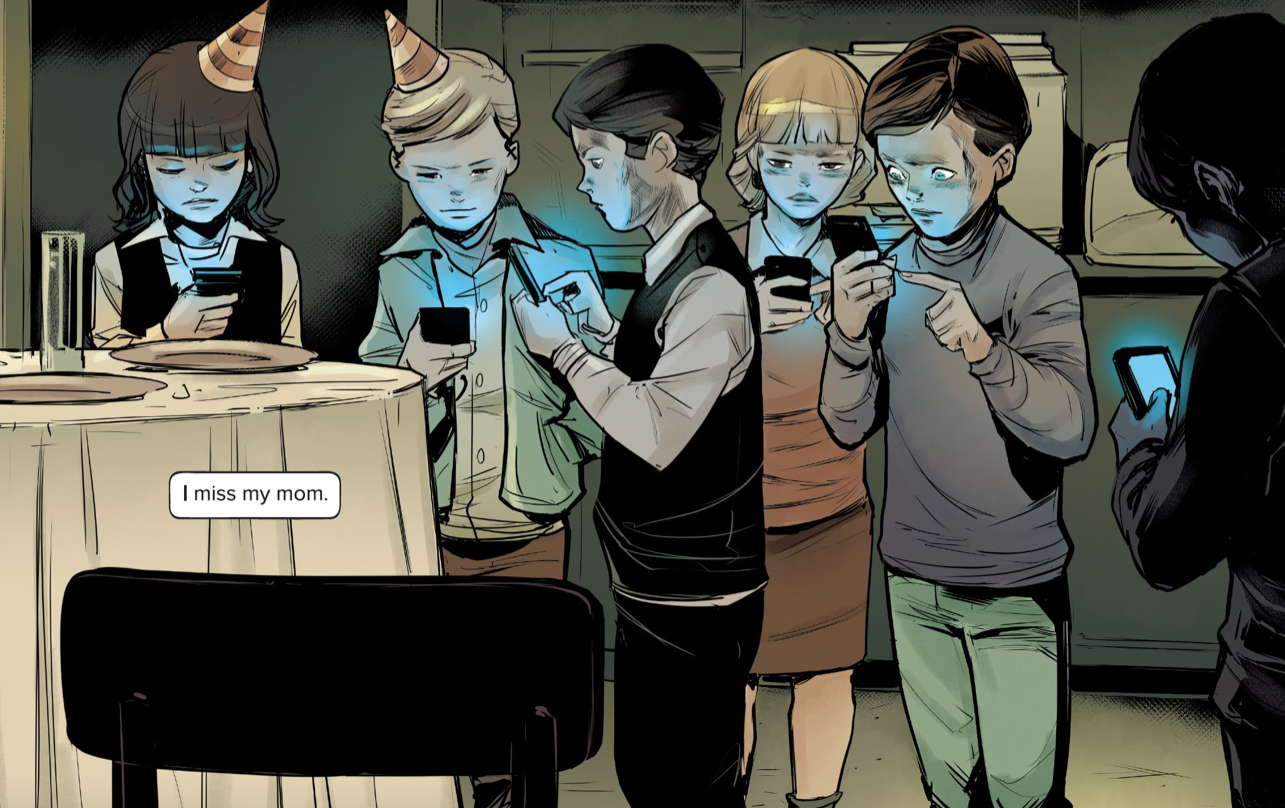 After journalist Lyla Wilson becomes the laughingstock of her industry and is chased out of her job, she commits to giving up alcohol and trying to put her life back together, assuming that she’ll likely never write professionally again.

But one night she receives an invitation from a mysterious collective of children living in the Estonian islands, where they’ve invited her to profile their… unique community.

The small town is peaceful, clean and populated by citizens who are all friendly enough, but as Lyla settles into the strange place in preparation for her interview, she quickly realises that something’s amiss.

It isn’t that there aren’t any adults in the area — there are quite a few — but they all wear the same kind of haunted, dead expression on their faces and something in their eyes speaks to a gruesome horror that the children are working desperately to hide. (Mathew Kickstein, Evgeniy Bornyakov, Lauren Affe, Simon Bowland, Aftershock Comics)

When Billie, a priest in training, is assigned to study at a small church in Cornwall, she’s more than prepared to meet Father Penrose, the new mentor who’s meant to help her complete her duties as a curate.

Billie’s Christian faith is modern and steadfast and it keeps her spirits high as she makes her way toward the seaside town of Tredregyn, where she quickly meets a friendly but mysterious local who promises that there’s fun to be had.

Billie’s eager to begin studying under Penrose, but when he discovers that she’s a woman, he insists that she leave because he doesn’t believe that she’s cut out for the very particular kind of work that he undertakes in Tredregyn.

Whatever it is that Penrose is hiding from Billie, she’s certain that she’s more than capable of handling it just as well as he or any other curate could. But she’s unsure of what to do when Penrose reveals that if she means to stay in the town, she’ll have to get used to hunting literal demons with him. (John Allison, Sarah Stern, Jim Campbell, Dark Horse Comics)

The thing about winning an election as an underdog is that once you actually get into office, people begin paying attention to everything you say and do with a new level of scrutiny — because as much as everyone loves a story about someone overcoming the odds, they love stories about downfalls even more.

Pedro Sánchez won his high school election, giving him and his friends Deb and Napoleon purposes to follow for their senior year, but when questions are raised about the legitimacy of the election, the kids are forced to consider whether they’ve all gotten in over their heads with the political game. (Carlos Guzman-Verdugo, Alejandro Verdugo, Jorge Monlongo, Christa Miesner, IDW)