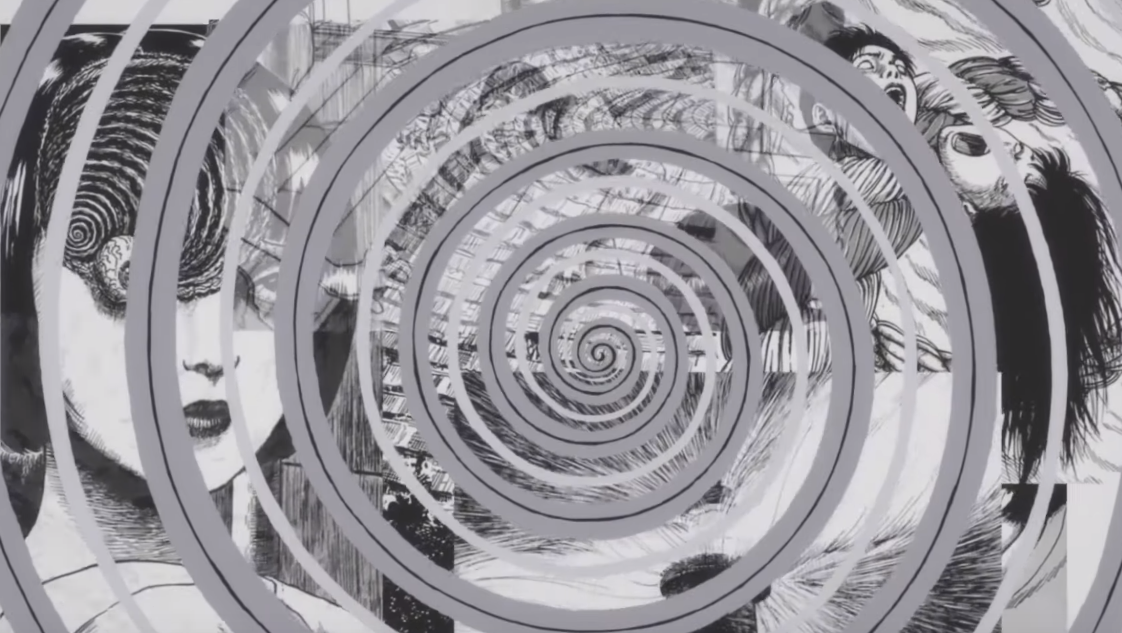 The spirals are everywhere. (Image: Toonami/Junji Ito/Production IG)
To sign up for our daily newsletter covering the latest news, features and reviews, head HERE. For a running feed of all our stories, follow us on Twitter HERE. Or you can bookmark the Kotaku Australia homepage to visit whenever you need a news fix.

This is my show. It was made for me.

horror comics, and one of the best manga creators ever.

He’s known for a variety of incredible, haunting works, but one of his most famous is the horror classic Uzumaki, the story of spirals that drive a small Japanese town into madness.

Now, Uzumaki is getting a four-part miniseries adaptation courtesy of an exciting partnership between Cartoon Network’s Toonami and the anime production house Production IG. Set to premiere sometime in 2020, the adaptation of the 1998 manga will feature a soundtrack composed by Colin Stetson (Hereditary) and direction by HIroshi Nagahama (The Flowers of Evil).

You can watch the teaser above. I’m spooked already.