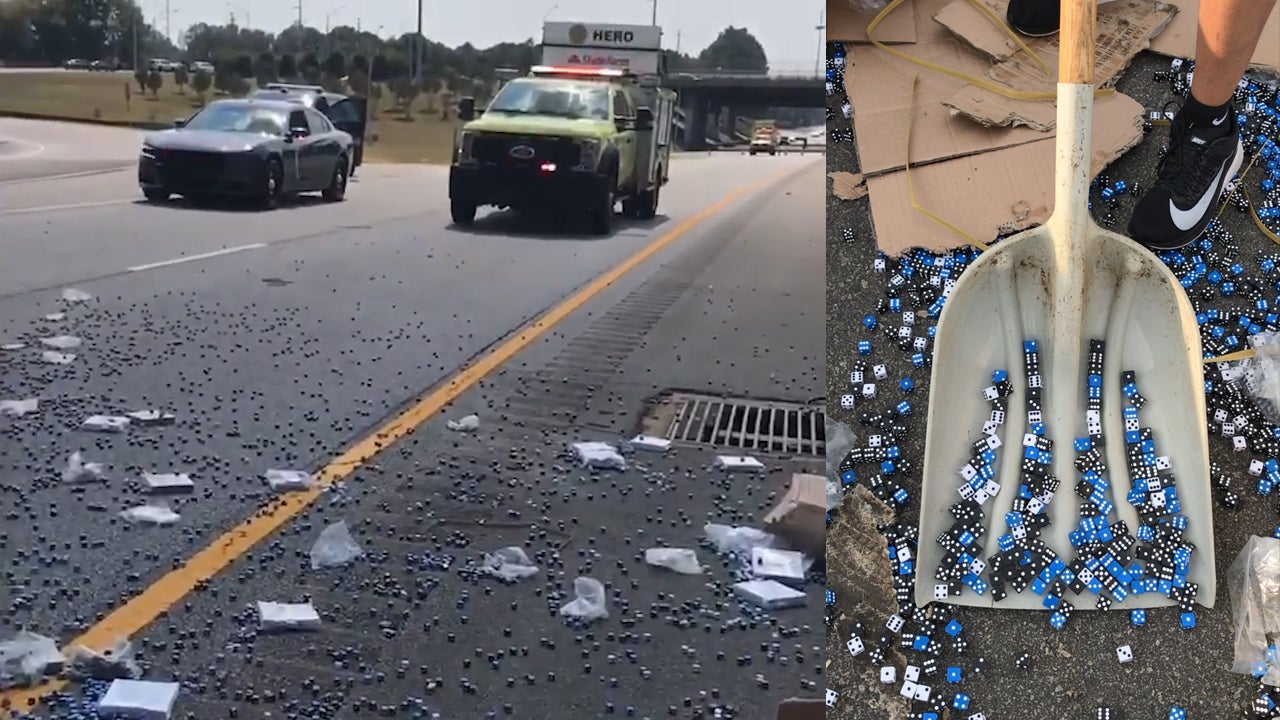 On Friday, September 13 in the U.S., a truck bound for the Georgia-based tabletop and video game company Trivium Studios took a turn too sharply, spilling 216,000 gaming dice onto Interstate 75 in Atlanta in what could be the biggest unintentional dice roll ever.

According to Trivium Studios’ community manager, speaking to Kotaku about the incident, the truck was carrying three pallets of Chessex six-sided gaming dice for use in an unannounced tabletop game.

Approximately half of the truck’s load wound up strewn across the busy highway on that Friday afternoon. Atlanta HERO (Highway Emergency Response Operators) units helped Trivium employees clean up the mess, using brooms and shovels to salvage what they could.

While losing a substantial amount of pricey dice isn’t great, Trivium’s representative says the company, which plans to unveil the game associated with all of these dice closer to its planned early 2020 launch, maintains a positive attitude. “Though unfortunate it happened, nobody got hurt and we now own an unofficial world record for the largest dice roll in history!”

Considering the average roll of two six-sided dice is around seven, and approximately 216,000 dice were rolled, Trivium estimates the roll totaled 756,000. The truck was undamaged, having made its saving throw.